Chris has been working hard the last few weeks getting the vegtable garden up and going for fall and winter. You may remember, if you read Sprout Dispatch, that we spent some time this spring building the perimeter herb beds but stopped when we needed to switch to work on Forest’s room. Chris was amped up to finish those beds these last few weeks and he’s done just that! He’s even hooked up the water to work out there, albeit on the hose and not through the trench that we’ll have to dig sometime later, but the plumbing in the garden is set up and he has it working through the hose currently. 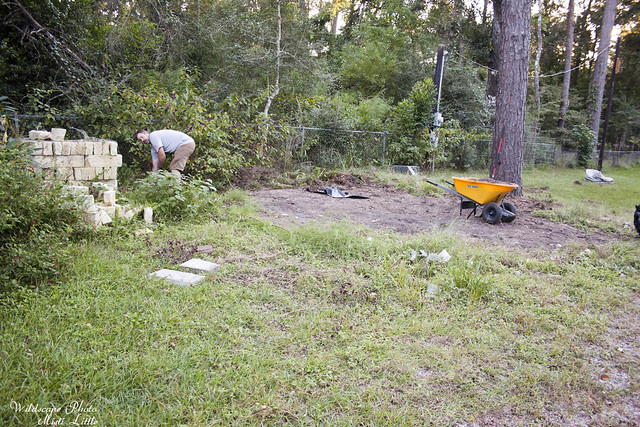 For the last year and a half we have had a pile of dirt in this spot used for building all of our flower and vegetable beds. Finally this space is cleared and will eventually be cleaned up a bit more. We’ll use it for guest parking. 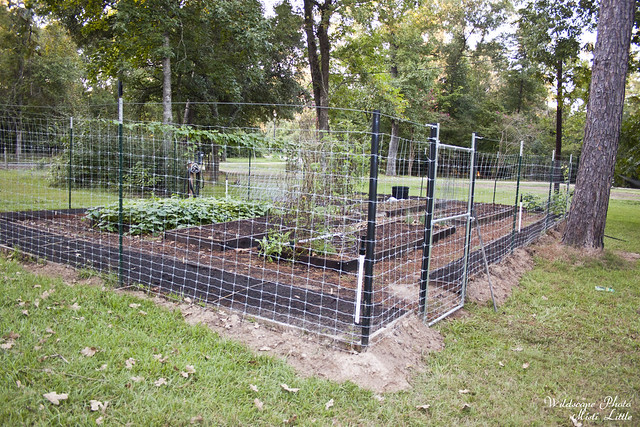 I should have taken a few more photos inside the garden but I was babywearing Forest and was doing my best to take photos as it was. Chris finished digging out the beds on the south side of the garden, layered in wood and compost from our yard, added in composted horse manure he picked up for free, and then topped it off with the dirt from the pile. Looks great and now Chris keeps getting excited about all the space we have to grow food! 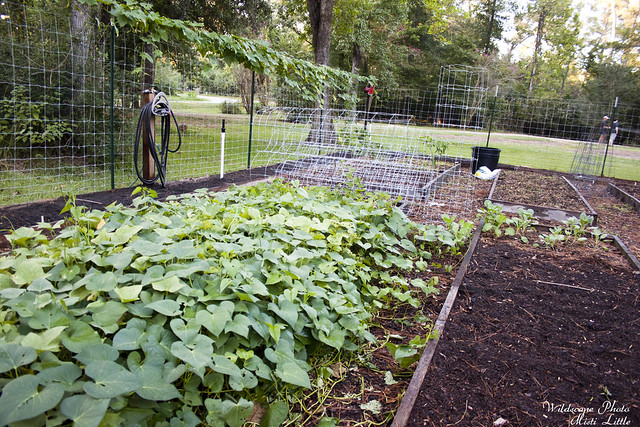 The sweet potatoes are still growing well on half of this bed with the other half taken up by the Casaba Bidwell melons. Apparently there are three melons growing there now instead of just the one I saw a week or so ago. I’m still stunned that the vines survived my neglect. 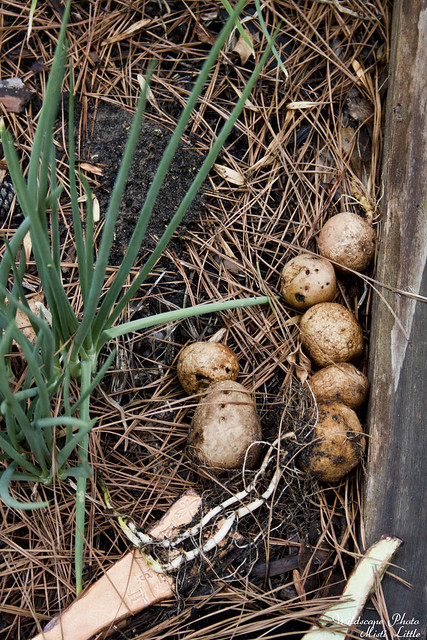 A few potatoes that were missed from the harvest back in June. 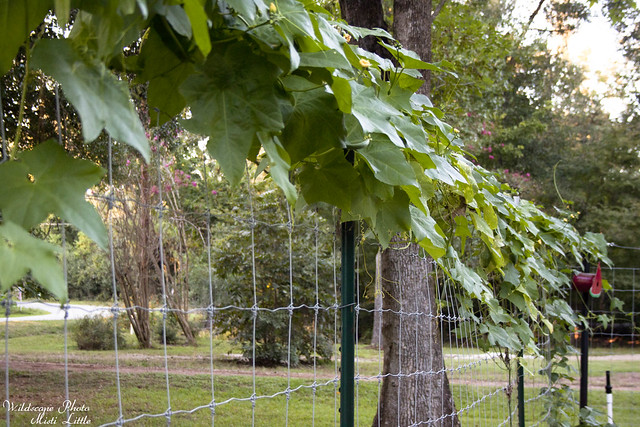 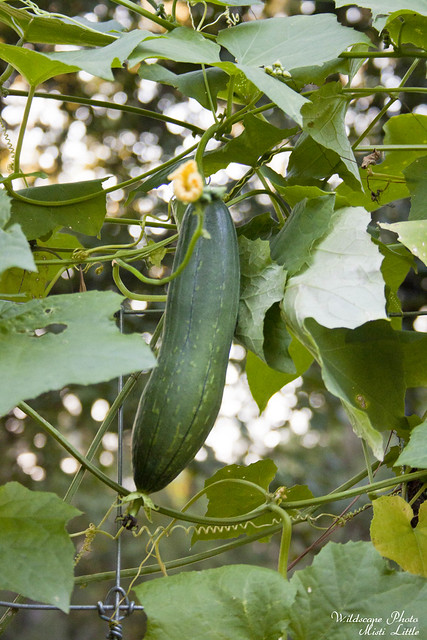 producing several fruits along the fence. 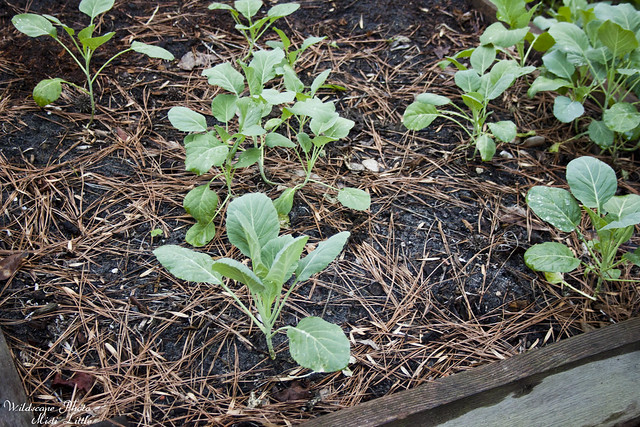 When I took down the collard greens late last spring they had already set seed. When I took them down some seeds were sprinkled out and they started coming up back in July. Chris thinned them out and transplanted the seedlings that had sprouted in the pathway.

The garden will be hopping here in a few weeks. Chris has gone crazy with fall/winter greens, carrots, and who knows what else—I’ve lost track!