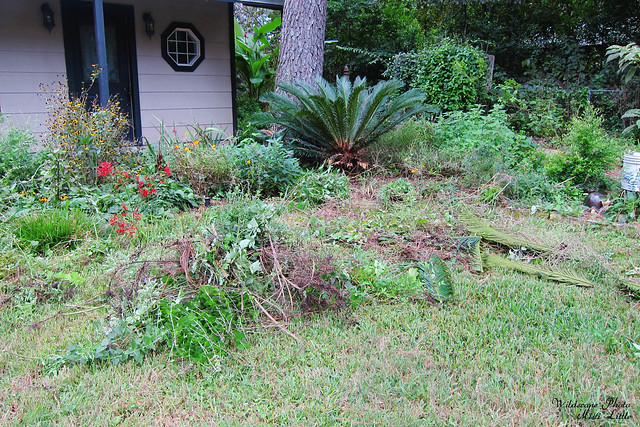 My parents were down for the weekend which meant that Forest had two people who wanted to give him attention so yesterday I was able to spend almost two hours piddling in the garden. I first took some time to trim up the roselle bush that had fallen over and started shading out our variegated hydrangea. I clipped off all of the red calyxes from the branches I trimmed back so I could make hibiscus tea from them—more on that later this week. Then I began weeding and trimming the flower bed directly in front of the house, which was/is still quite overgrown. I’ll try to get out more this week and see if I can wrap up some of the weeding. It felt ridiculously good to do some gardening for an extended period of time!