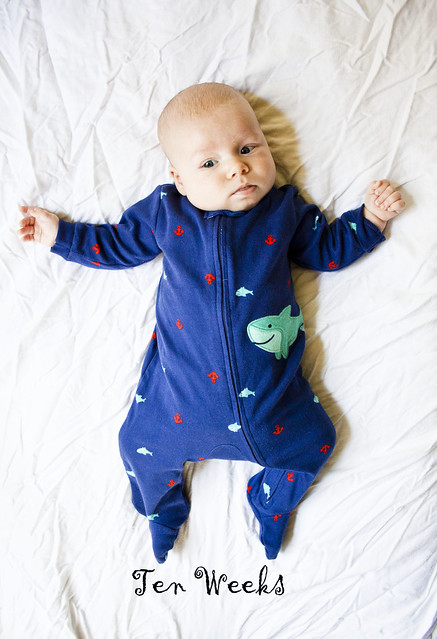 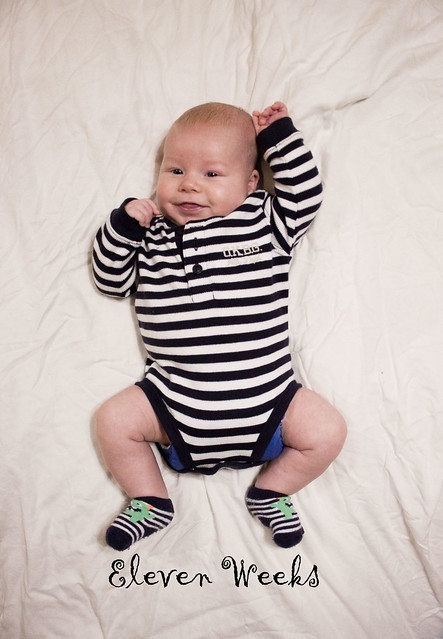 I meant to get this out earlier this week, but here we are, days later. Oh well.

Week 10 started off well, things were progressing in the sleep department. We were working our way up from 5-6 hours a night in the first stretch to a wonderful 7 hour stretch and then *bam* serious regression. In the last two weeks it has been consistently 2-3 hour stretches with one eye crunching 1.5 hour awakening just after being put down for the night. Last Thursday I got 4.5 hours before he woke up but that has been the longest stretch in the last two weeks. I did some reading online and had known about the 4 month sleep ‘regression’ (not really regression as babies are really progessing in other manners, ie: growing and developing) but I wondered if it had come early at 2 months for me. I’d also heard about a book called Wonder Weeks at the the breastfeeding group at the hospital but never checked it out. Once I looked online at it I realized that Forest just might be in a phase and going through some new growth developments. That and it got cold recently so I thought maybe he wasn’t sleeping because of the cold. Who knows? I didn’t end up getting the book but Chris recently got his first smart phone (the first for both of us—I refuse to get one, still) and had him download the Wonder Weeks app.

The sleep regression did coincide with several developmental milestones with Forest. The week my mom spent with Forest he began babbling and talking back a lot more and doing a lot more playing. Then he started really going to town chowing on his hands when he could get them in his mouth and also experimenting with the gag reflex by sticking his fingers in further than he should! Then one day when Chris’ brother and sister-in-law were in for a visit we noticed Forest focusing on the mobile that hangs over the MamaRoo. Previous to this he hadn’t focused so heavily on anything all that much, though we’d noticed he’d focus on a photo or picture and could see longer distances. But this was an out and out “Wow, look at that! I wonder if I can get it?” kind of focusing. See video below! To coincide with that Chris’ mom noticed last week that Forest was holding his hand in front of his face and focusing in on it, too. And with all of that he did his first laugh! We were giving him a bath and Chris began splashing water on him and out they came, two in a row. Of course that didn’t get repeated when we dug out the camera and it hasn’t really happened since. He still gives little cooing smiles but not the hearty laugh of that one evening.

As far as the sleeping goes, I’m hoping it returns to longer sleeps soon. I started sleeping with him on the couch after his first wakeup or two because it was just easier to hold him and nurse him when he woke. He’s always had two hour wakeups after his first initial long sleep at night, so it hasn’t been worth it necessarily to get him back in the cradle without stirring and me back in bed only to wake up again a short while later. I’m hoping this week to start transitioning back to his cradle more often and hopefully he’ll end up sleeping longer stretches soon. I don’t know…I don’t get it! We were so close to sleeping nearly through the night and I can do a 4 hour stretch of sleep with two hour stretches after much better than every 1.5-2 hours…those take a toll on me! I dream of that 7 hour stretch again. For the cold nights we bought a fleece Halo sleepsack which I think has helped, but I wonder if the corner where the cradle is might be too drafty. The lack of sleep finally wore on me last week and I opted to stay at work during lunch instead of coming home to see Forest who was being watched by Chris’ mom. I ate my lunch and then laid out in the floor of my office and took a 30 minute nap. I should have skipped eating and slept the entire hour. I know some of you are probably wondering why Chris doesn’t just get up, but I decided weeks ago it wasn’t worth making him get up when he turns all the lights on to change a diaper (I just turn on a night lamp that illuminates under our dressers) and Forest really just needs me to feed, though half the time these days he’s not necessarily eating every time he wakes up or if he does it’s short and he’s back asleep. In all, right now it doesn’t make sense for Chris to make a racket getting up when I can quietly move around with the baby and get things done as smoothly as possible. When Forest is a little bigger and isn’t necessarily nursing at night, that’s when I’ll be calling on Chris to alternate those wakeups where Forest needs soothing back to sleep.

I guess those were the big things for 10 and 11 weeks! Now I just need to work on his tummy time more so I can get that elusive rollover completed. It’s been close a few times but we haven’t practiced enough for it to happen yet. Oh, one other big thing was boxing up his 0-3 month clothes and moving on to 3-6 month clothes! So sad to know that period of time is gone!

Here’s some photos from the 10 and 11 week period: 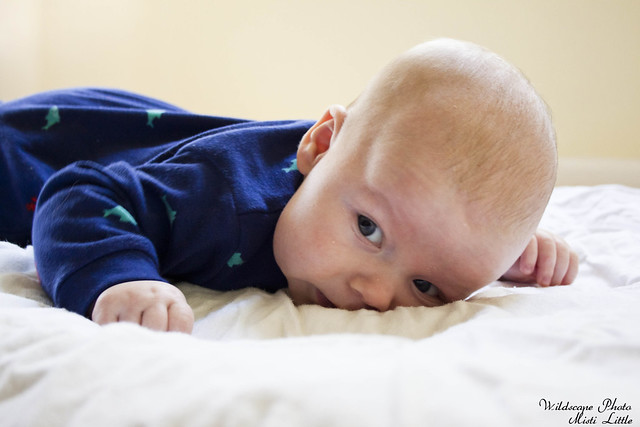 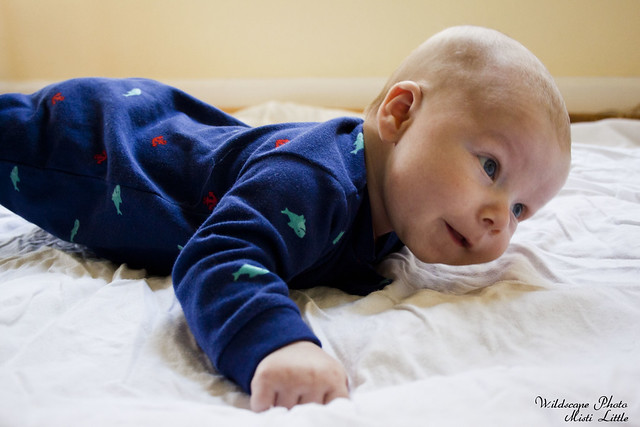 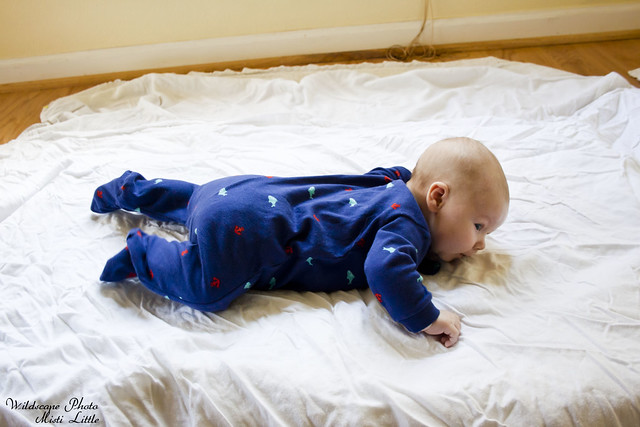 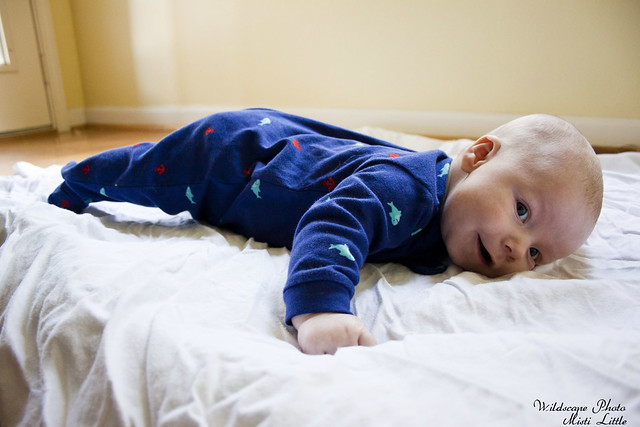 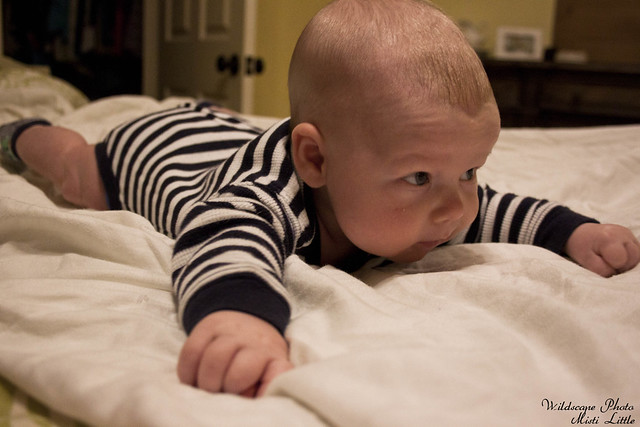 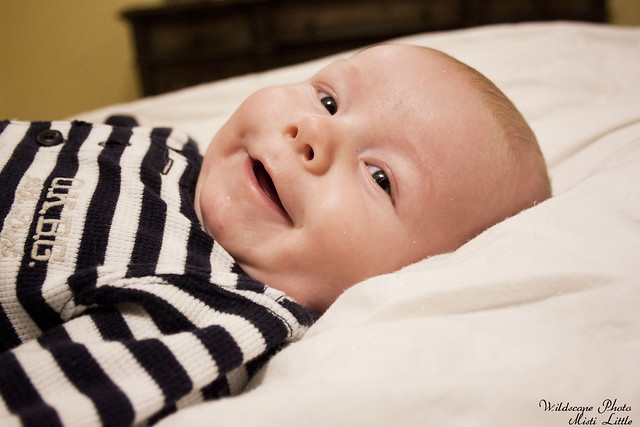 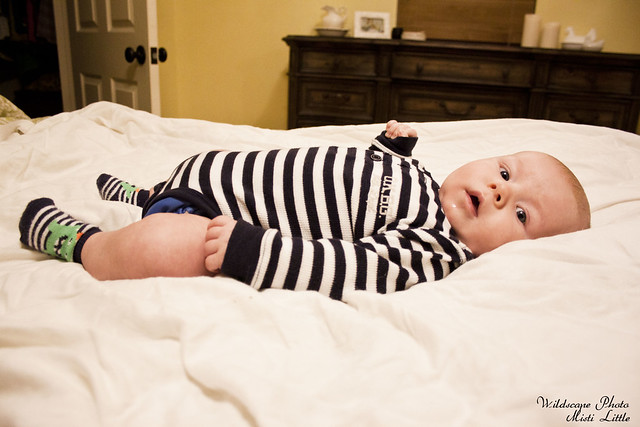 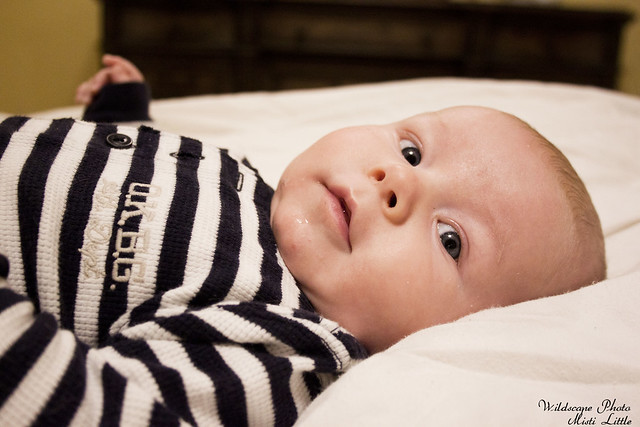 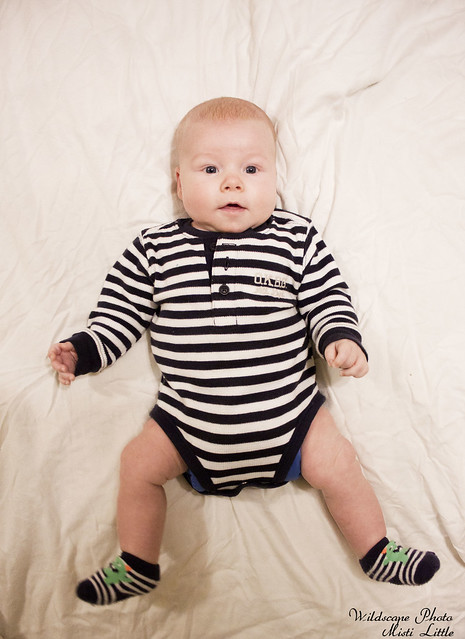 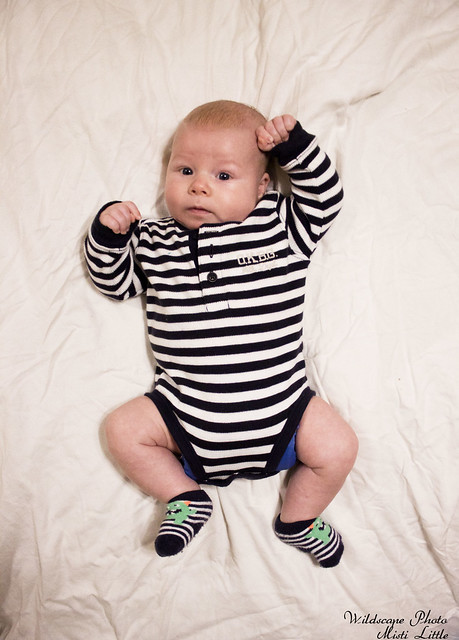 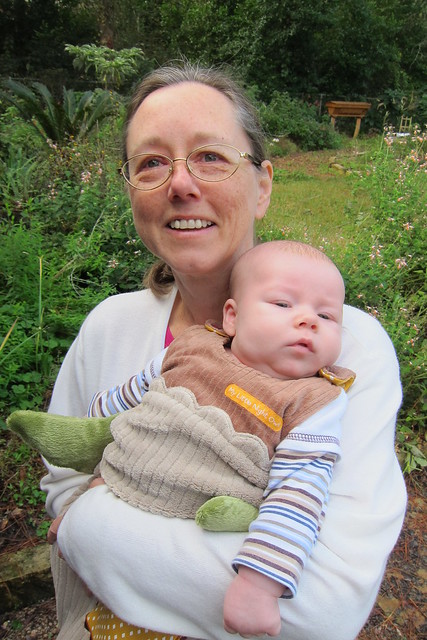 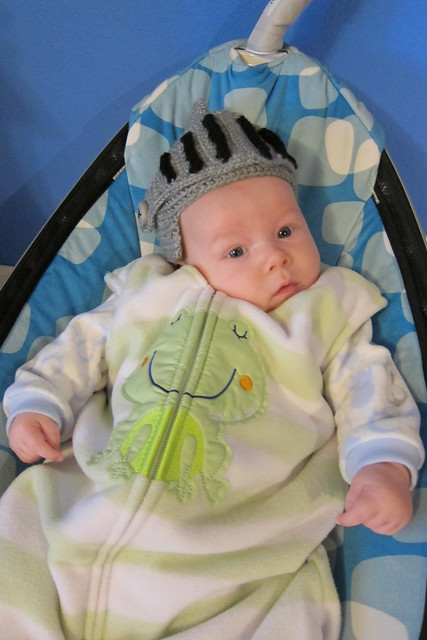 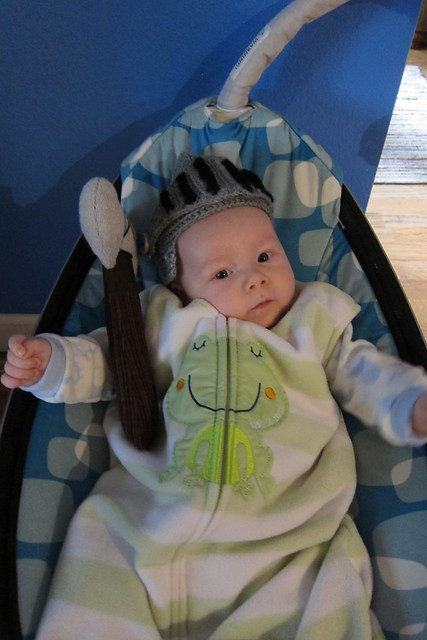 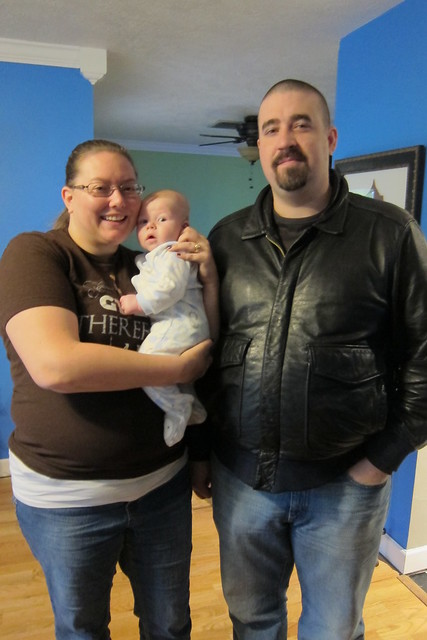 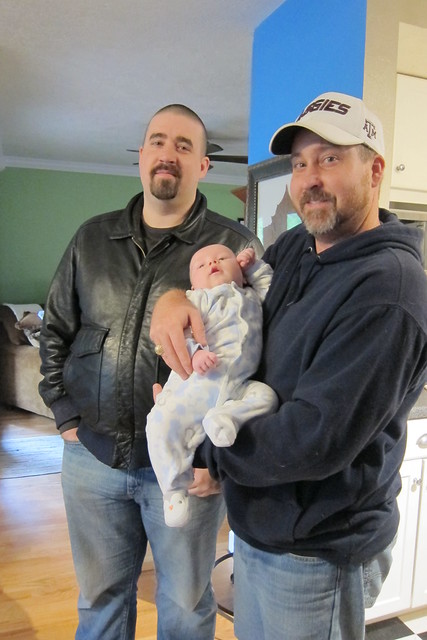 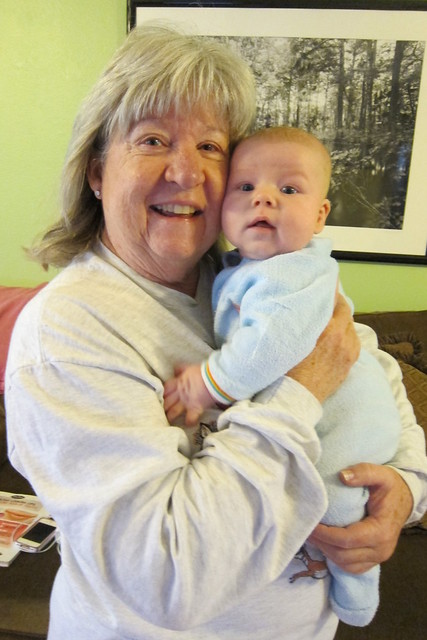 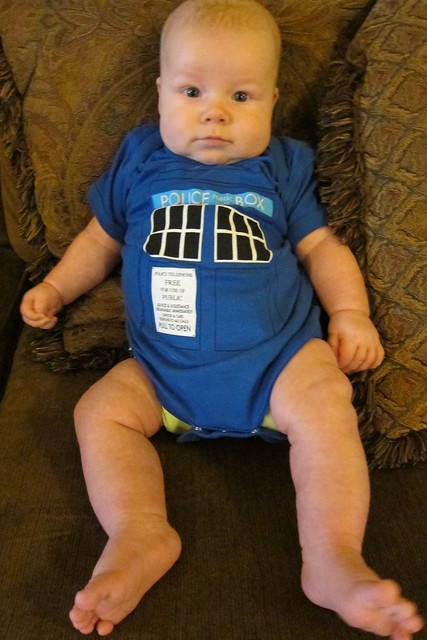