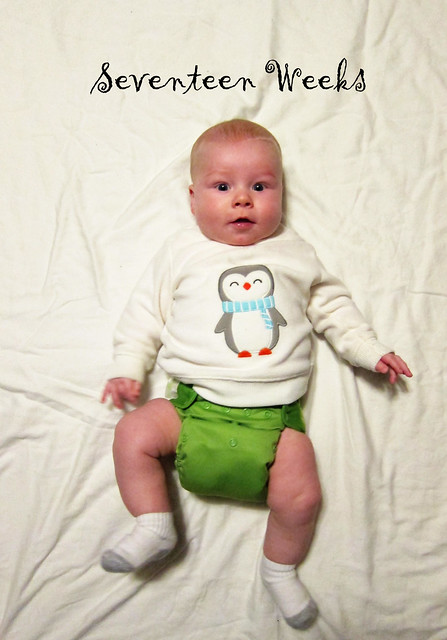 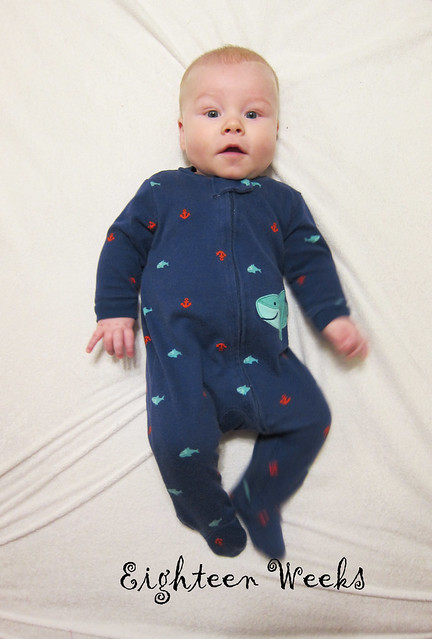 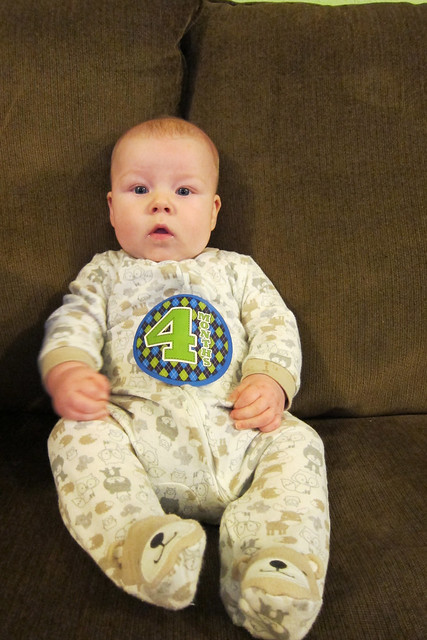 I feel like December was this deep, dark abyss that I was finally able to surface from in January only to be knocked back down once I took a breath. We were all pretty much sick for the entire December with Chris either relapsing or getting a different virus all together right after Christmas and not recovering well enough until after New Years. Then I got hit with a stomach bug that I’m still unsure if it was an actual bug or a food related illness because Chris ended up sick the following evening with the same thing after eating leftovers from the night I got sick. If being sick with a an upper respiratory infection is difficult to take care of a baby, being sick with a gastrointestinal illness is even worse! Chris ended up taking Forest downstairs for about half the night so I could attempt to sleep despite being sick every hour. I ended up with Forest for the rest of the night so Chris could sleep enough to go to work. It was rough after that.

These days Forest is incredibly talkative most of the time, babbling and squealing when he isn’t trying to pry his teeth to come out of his gums with his hands. We’re in teething central here and have been for several weeks. I mistakenly thought maybe we’d see a tooth soon but apparently it could be weeks or months before one shows up. This despite pools and pools of drool and Forest using his Sophie the Giraffe like a dog uses its chew toy. Oh, he loves Sophie but he gets soooo mad at her sometimes, so much so that I end up having to take her away so he’ll calm down. He’s also been using his pacifier like a pro these days, shoving it back in his mouth and getting creative and using it as a chew toy, too. I credit daycare for this! In fact, he’ll stick just about anything in his mouth if you let him so we’re having to watch him closely.

On the rolling over front he’s still not rolled over from either side yet. The pediatrician said the larger babies usually have a harder time with it than the smaller ones. He’s doing good on his belly these days. We’re not very good with tummy time around here but I put him on his belly a few weeks ago and was impressed with how good he was handling it…my guess that it is another daycare progress. At the pediatrician the other day the doctor flipped him on his belly on the exam bench and he showed off for her, too! I’ve been helping him sit up by holding his hands and slowly helping him roll up from his back. He’s strong and the pediatrician said he was more advanced on that aspect than other babies his age…maybe he’ll decide to sit up before rolling???

On the sleep front he’s never returned to those lovely long stretches he had in October that was lost when I went back to work in November. I think there’s a couple of things going on with that but really they are just theories. I think he doesn’t drink enough during the day—sometimes they are just giving him his last 4 oz bottle at 5pm which makes it the 16 oz that we send with him. Sometimes he doesn’t even get that fourth one for one reason or another. Lately he’s been battling the bottle and I have seen it first hand when I try to finish a bottle that was started before I pick him up from daycare when we get home in the evening. I hate to waste the milk so I at least try to give him what’s left but sometimes I can’t even do that and end up just nursing him instead. I thought a lot about it and I think he might be upset with the flow now so I ordered two size 2 nipples to see if the flow rate is what’s frustrating him.

The second thing I think he has a problem with is naps during the day. If he gets an hour nap at daycare it is amazing, usually it’s several 15-30 minute naps, 2-3 of those. Here at the house on the weekends I can manage to get him an hour or longer nap at least once on the weekend but most naps are 30-45 minutes, but I also try to give him the opportunity for more naps than he might get at daycare. His bedtime has naturally moved up in the evening and I usually have him down for bed between 7 and 7:30. Then he sleeps, generally—he likes to throw kinks sometimes, 3-4 hours before he wakes up for a feeding and then he’s up every 1.5-2 hours after that. Then the problem is he’s asleep for ten minutes and then stirs and you have to go back and soothe him or pick him back up and he usually falls right back to sleep. When we were sick in December we spent a lot of time on the couch in an effort not to keep Chris up with my coughing and though the couch was uncomfortable it was far easier and I got more sleep having him in my arms. Then Chris got sick and he started sleeping downstairs in the guest bed so he wouldn’t keep us up with his coughing so I brought Forest to the bed when he woke up after his first long sleep. It really was easier and I slept even better being in my bed. I started doing the side-lying breastfeeding position after that if Forest was up for it. But Chris is back in the bed now and is a lighter sleeper than I am and so we’re trying to transition Forest back to the cradle.

Actually, we switched the cradle out for a pack-and-play a few nights ago since I noticed Forest had started sleeping on his side some and was really wiggling around. The cradle was just getting too small for him; it was a little bittersweet to stop using it after four months. Anyway, I’ve read so much sleep stuff and it is really just infuriating all of the advice that may or may not work for your particular baby, so I just read and see if anything sticks out and hope for the best with what we’re doing. I mean, you’ll read about a baby doing well for a few weeks or even months to get hit by a growth spurt, teething, or whatever and bam! it’s back to square one. So, I take a lot of sleep advice with a grain of salt. Based on what I’ve read for breastfeeding babies, and if he continues to reverse cycle with daycare, I don’t see him night weaning anytime soon. It seems that a lot of breastfed babies night wean far later than formula fed babies. I really don’t mind the night feedings, I just want the other wakings to lessen, the ones where he can’t get himself back to sleep. We’ll let him fuss for awhile and ocassionally he’ll resettle but most of the time we have to go back and help him out. That’s where having him in the bed makes it easy—I switch him to the other side and he generally goes back to sleep.

So, we’re working on that. I’m not really looking for advice or anything, I know what all of the sleep ‘training’/non-training (Dr. Sears) options that are out there and what I do and don’t agree with. I just want to write what we’re going through, still, on the sleep front for reading later. We’re in the so-called 4-month sleep regression, but I think those lines are blurred anyway. Right now I’m just going with the flow!

Other than that Forest is doing great and growing well. He was 17 lbs 15.8 ounces at his 4 month well-visit! 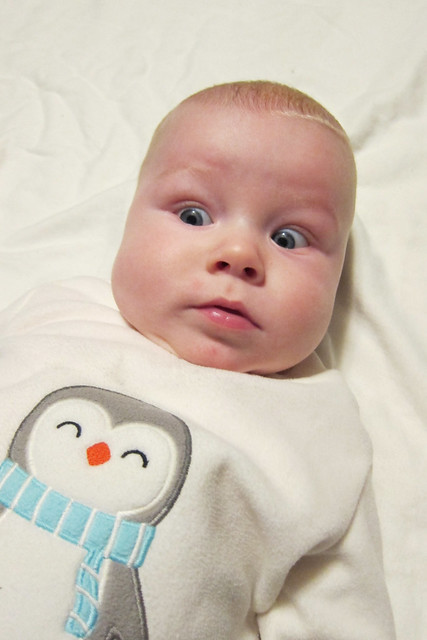 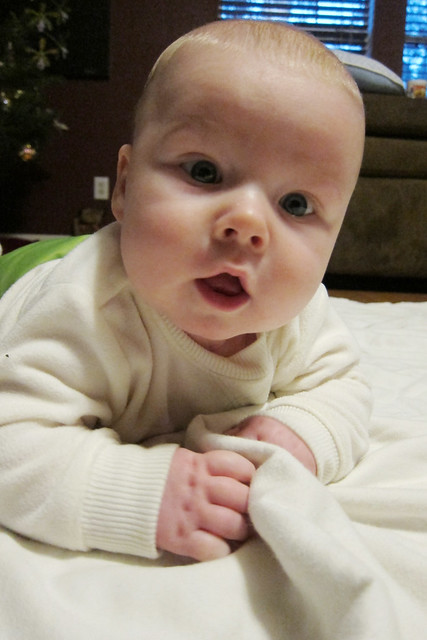 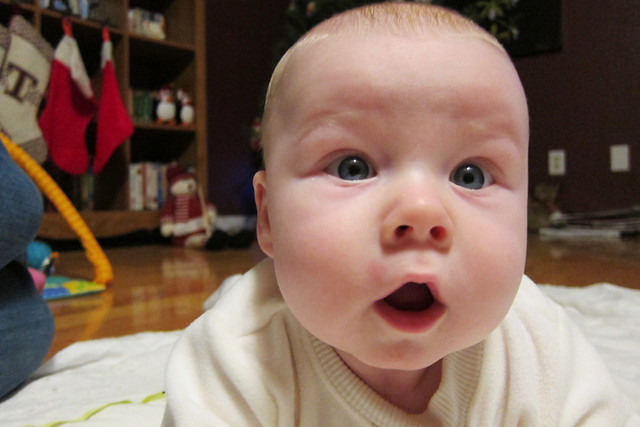 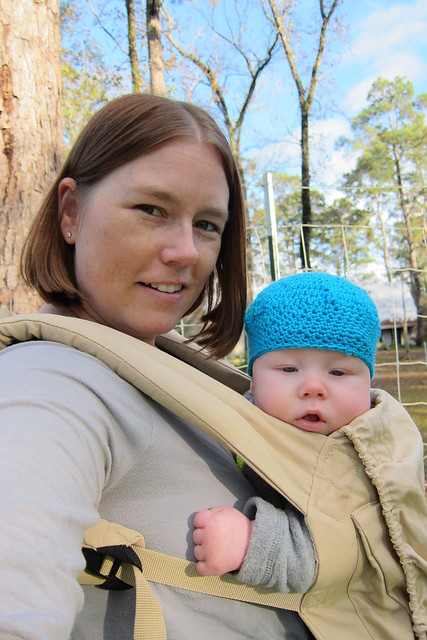 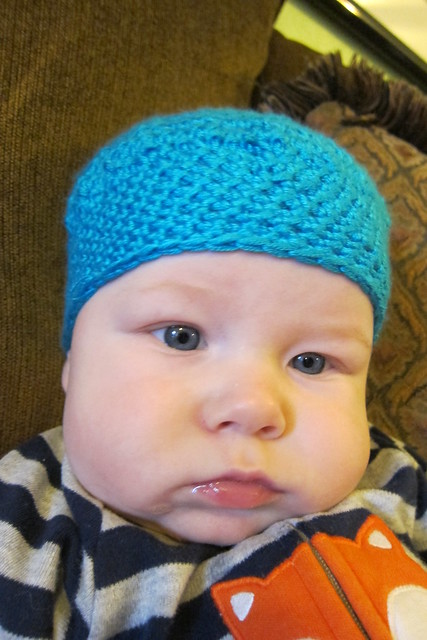 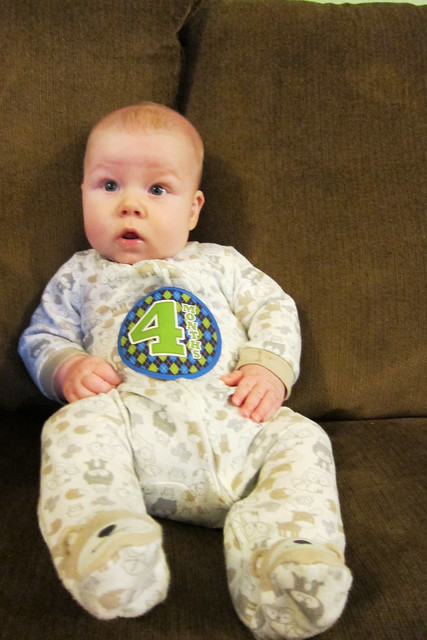 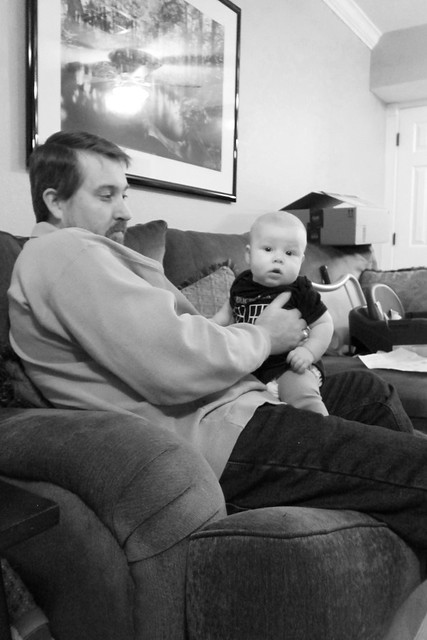 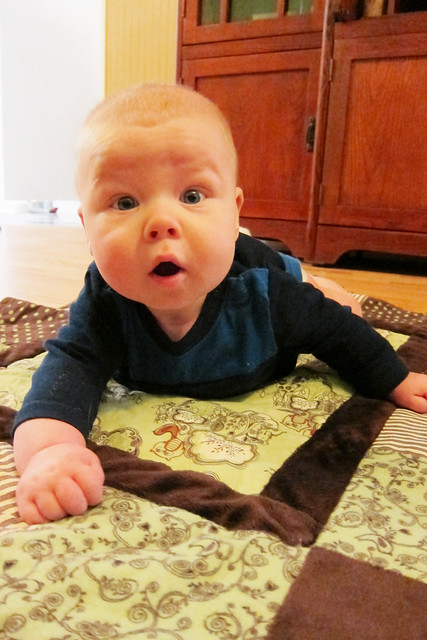 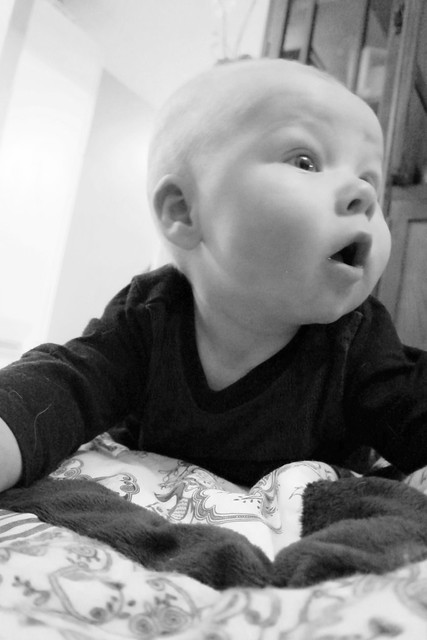 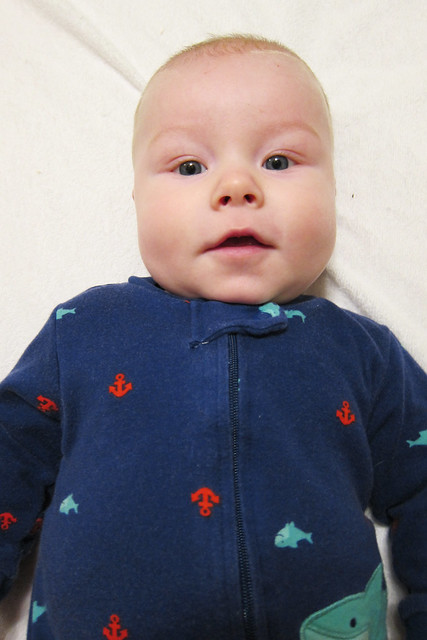 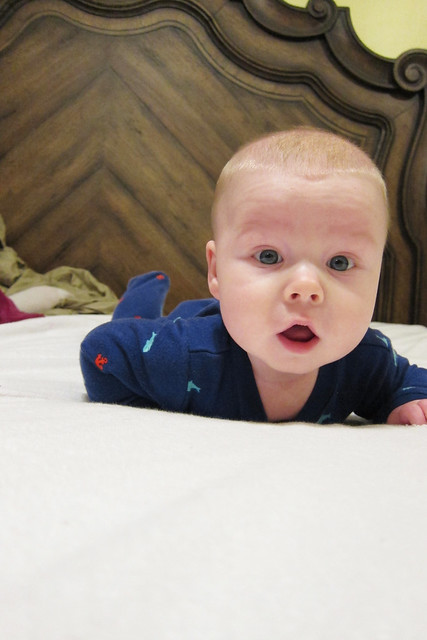 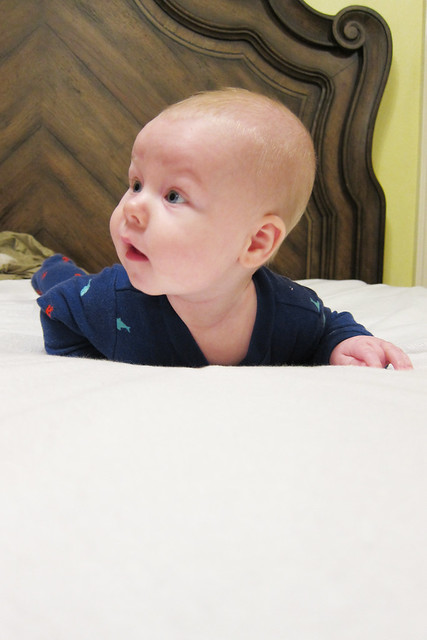