For the last week of blog silence here we’ve been in Port Aransas, Texas on vacation with my family. I had hoped to write a few blogs while I was gone but the wifi at the beachouse my parent’s rented was absolutely horrible. I was lucky to get online just to check email and read a few things online for about twenty minutes a day. Forget anything else productive! I’ll have a bigger write-up about the trip soon, but I wanted to cover one of the more fun things we did while there.

On July 3rd, Friday evening, once we’d arrived and gotten settled in, my dad and Chris ran out to get ice since the fridge’s icemaker hadn’t stocked up yet. When they returned they said they’d seen a poster for a sea turtle release at beach marker 35 for the morning of July 4th. They had scoped out the beach marker while they were out and found it was within walking distance of where we would come in at on the boardwalk to the little neighborhood we were staying. I decided to try to find out more information about the release and found out it was in conjunction with the Animal Rehabilitation Keep as part of the UT Marine Science Institute on the east end of Mustang Island, where we were located. They were releasing a few rehabbed adult sea turtles!

In the middle of looking that information up I also found out about hatchling releases on Padre Island National Seashore. There were releases on-going for that weekend and based on their clutch counts and approximate release dates it looked like we’d be able to catch one later in the week if we needed to.

Well, Saturday morning we got out on the beach early and walked east from where we came in at on the boardwalk and got to marker 35. The beach was incredibly packed, more than I have ever seen in Port Aransas, or really almost any beach for that matter. It was stuff out of postcards and movies, y’all! We lingered at marker 35 for awhile, checking out a few of the tents that were set up, including an incredibly big one that resembled an event tent….but no, it was just a private tent for the beach. Eventually my dad struck up a conversation with some men on the beach and found out that a hastily posted note on the dune side of a random camp tent (those four post tents that are meant to offer shade were very popular at the beach instead of umbrellas!) that the release had been moved to marker 48. As it was almost time of the release and we were quite a ways down from the marker, we weren’t going to make it.

To make up for missing the release we finally managed to find a morning, the last full day we were on vacation, that we wanted to get up at 5:00 am and get down to the national seashore for a hatchling release. Having been to a few hatchling releases in Florida as well has attending and volunteering with nesting sea turtle talks and tours, I really thought there might be at max 30 people there, especially with it being so early in the morning. It was still dark as we drove down Park Road 22 towards the entrance but there were definitely other cars headed that direction. Ok, maybe a few more than 30, I thought.

We arrived earlier than anticipated as it was not as far to get to as we thought it would be. Sitting in the parking lot in the dark for a few minutes I nursed a groggy baby and then we got him changed and despite a plethora of mosquitoes, and the five of us were on our way to the visitor center’s deck to wait on the 6:20 am presentation followed by the release.

Up on the deck it was apparent I was far off from my estimations. There were going to be hundreds of people there! Cars were still coming in from the east to the parking lot as the sun slowly lit up the night sky. I was incredulous! My dad had gotten separated from us at one point and once we found him he said that he’d talked to a ranger who had said the first release of the year had something like 1400 people at it and the one on the 4th of July had 900 or so people. This was a ‘medium’ she said, something like 400-500 people! Never would I have thought it would be like that! Part of the reason was that there was no reservations or fee, just anyone could show up.

Needless to say with the crowd in attendance we didn’t get the best views that I would have wanted, but we did our best trying to sneak in between people and bouncing our heads around people. It was great to be there but I was disappointed with the crowd. Chris and I went back and forth about it, the crowd’s up and down sides. The up was that the release would be reaching and educating more people making, especially the kids, more aware of the sea turtle’s plight and possibly leading them to a conservation lean later. The downside was obvious—too crowded, less intimate, and maybe stressful on the turtles?

Here’s some photos from that morning. A lot were from the point and shoot but towards the end I was able to get my dSLR out and use the 100mm lens I had to get a few decent shots. Nothing spectacular, but good enough! 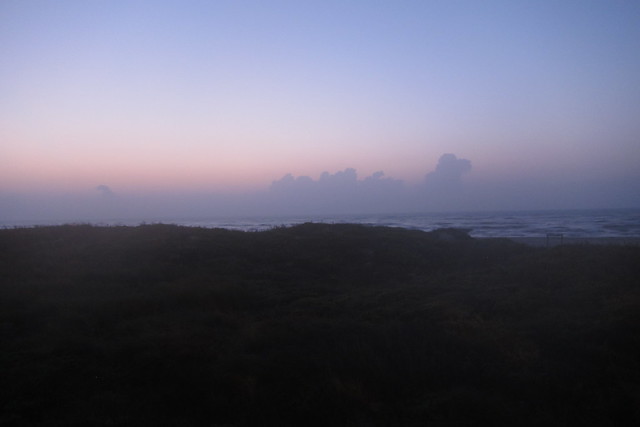 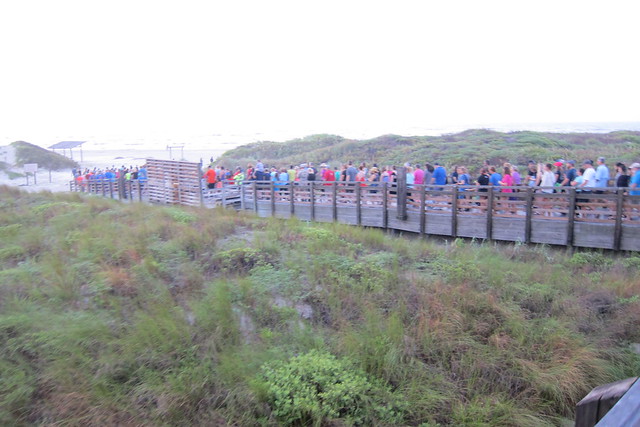 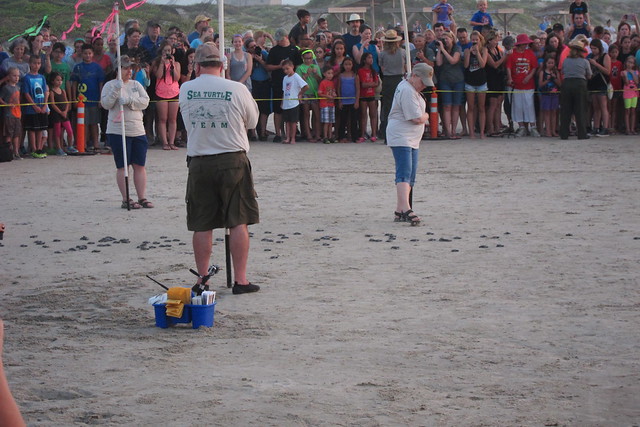 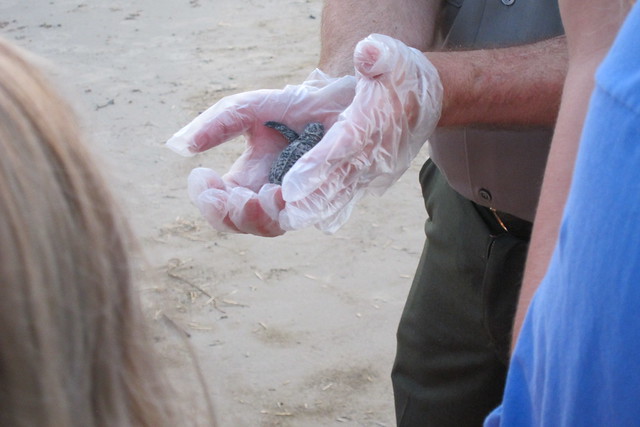 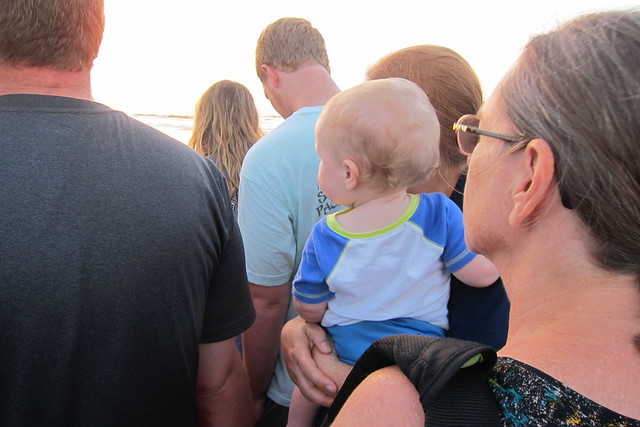 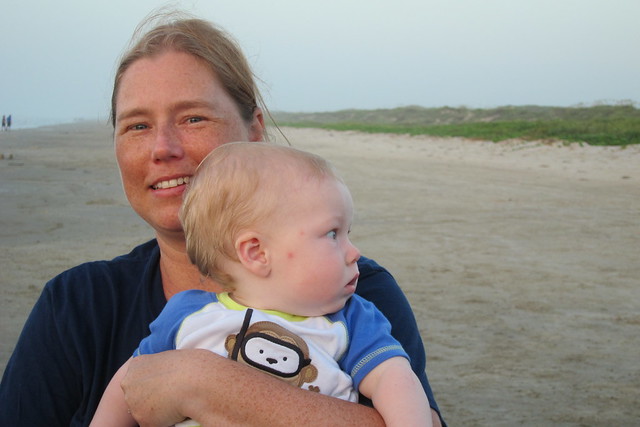 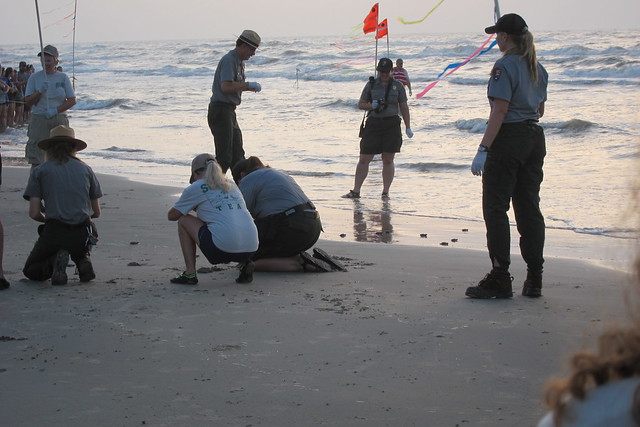 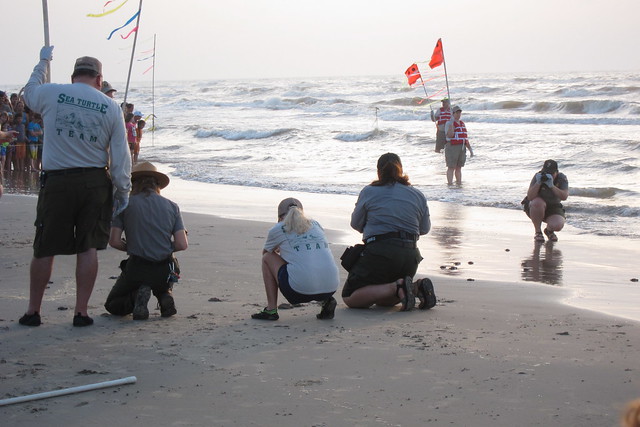 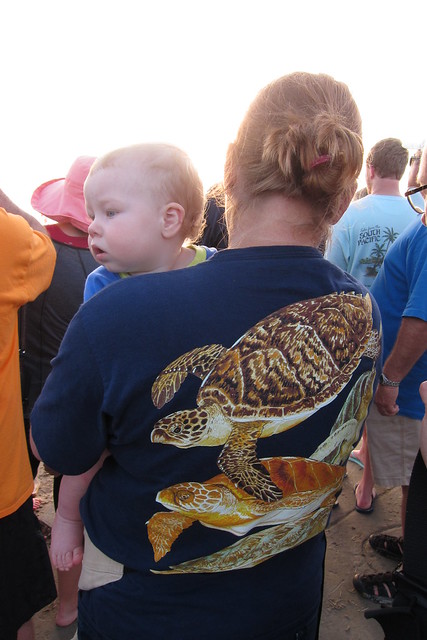 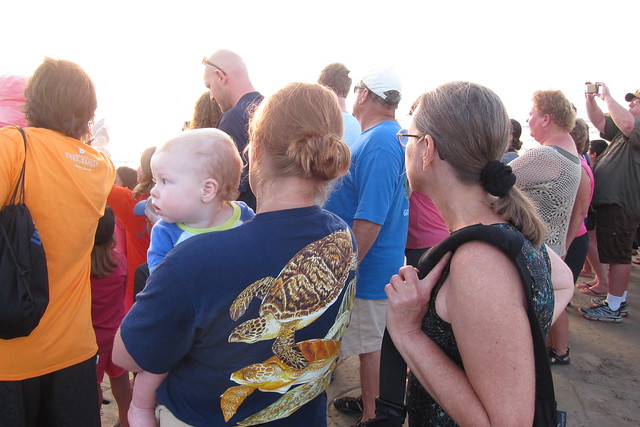 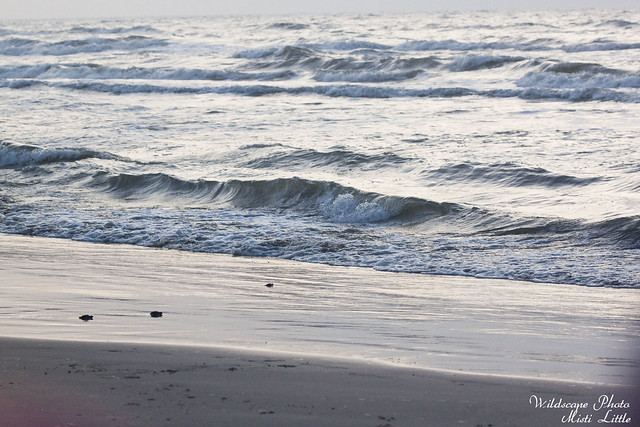 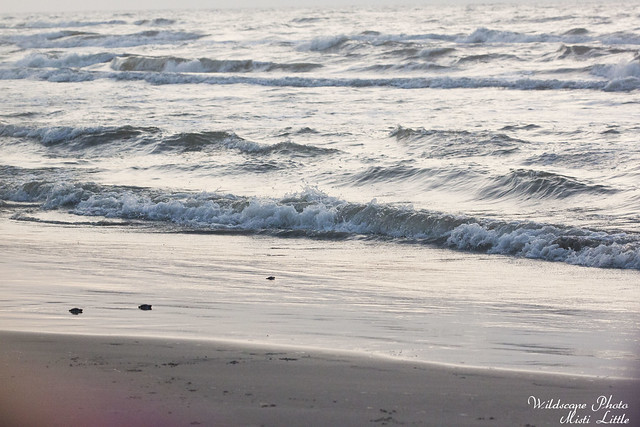 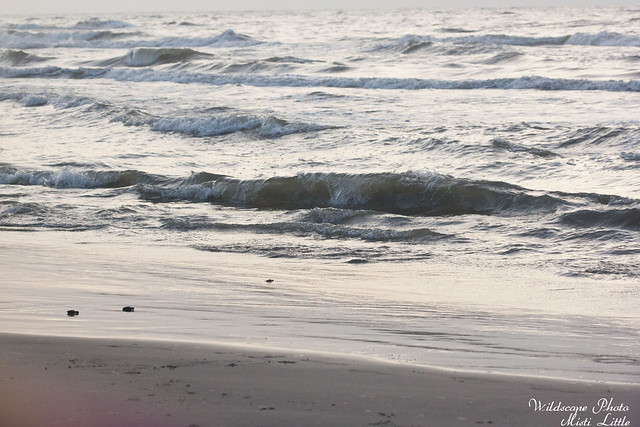 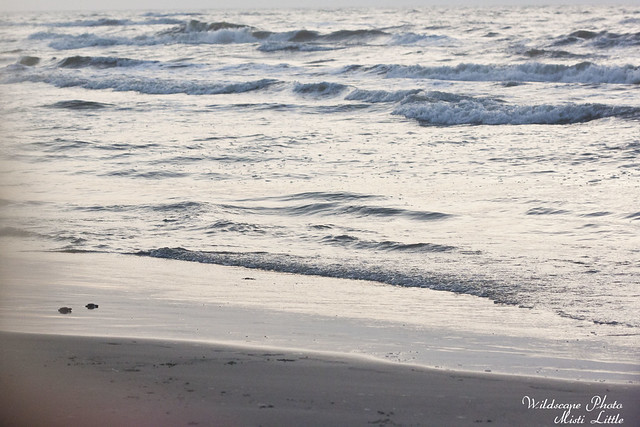 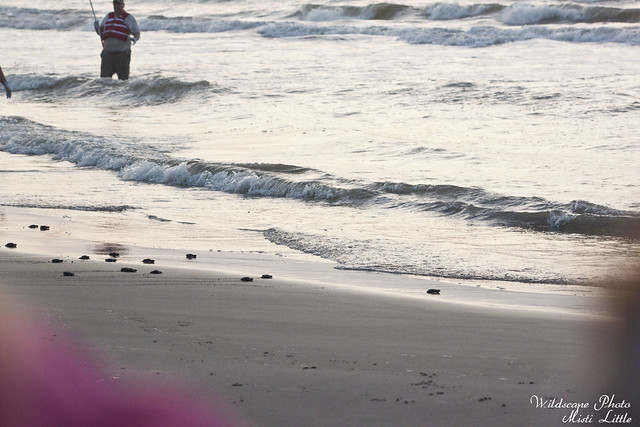 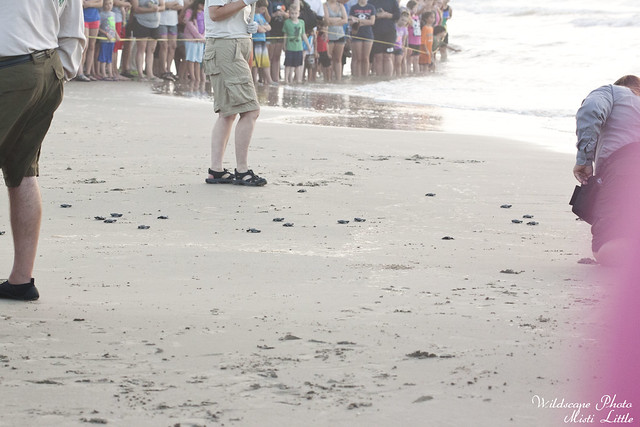 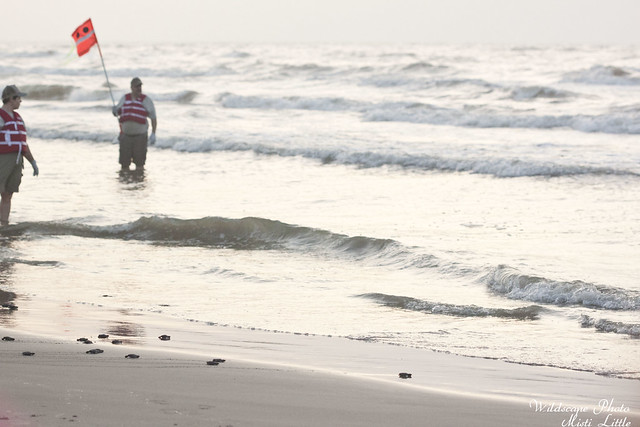 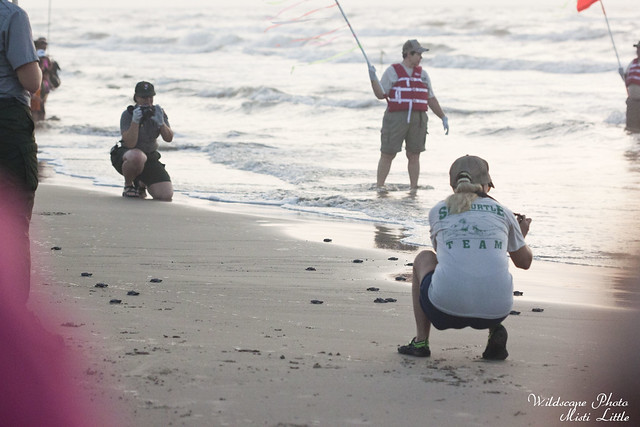 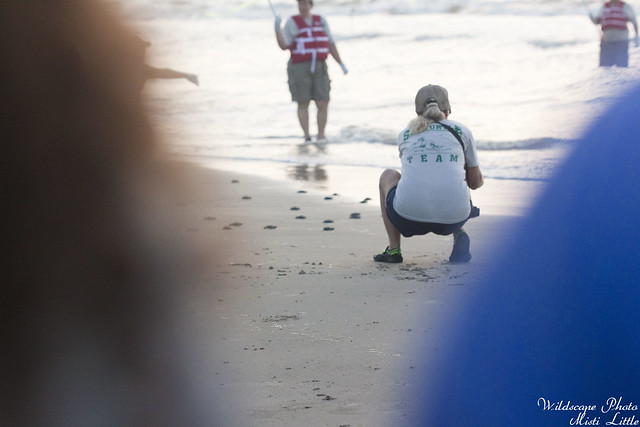 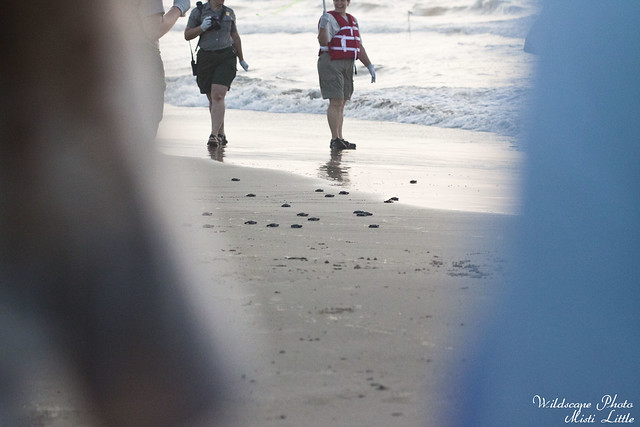 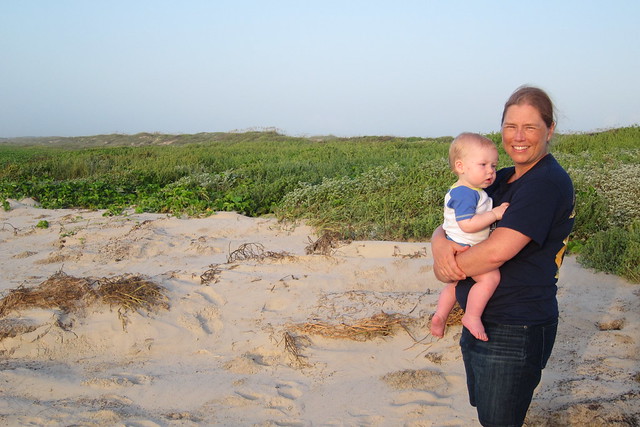 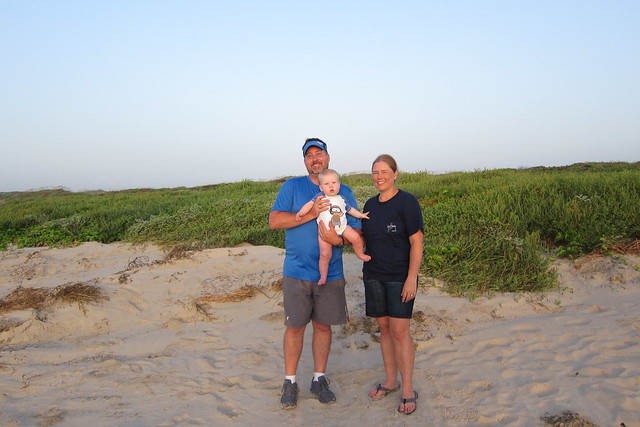 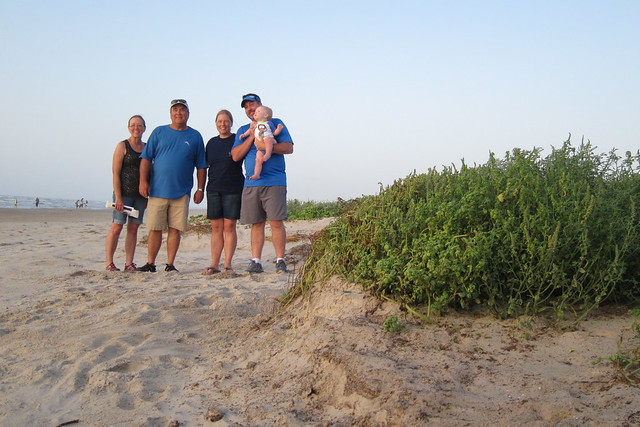