Wildlife at Pedernales Falls State Park was fairly abundant. There were a ton of doves, more than I’ve heard at a campground in awhile. It was a constant cacophony of doves cooing in the junipers. Some of the doves started sounding like barred owls, at least to me. Chris gave me the side-eye on that observation, but really, sometimes they had a little ‘who cooks for you’ going on! 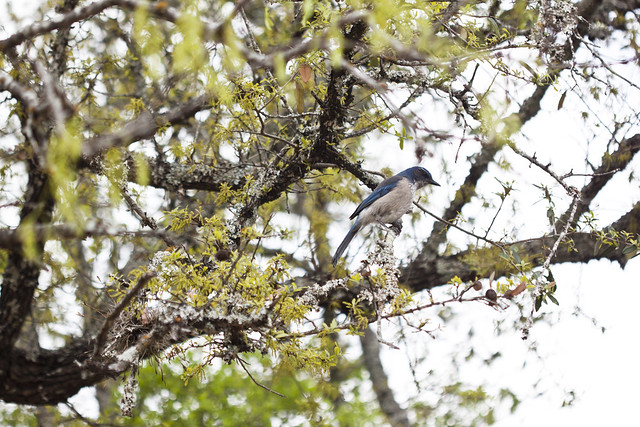 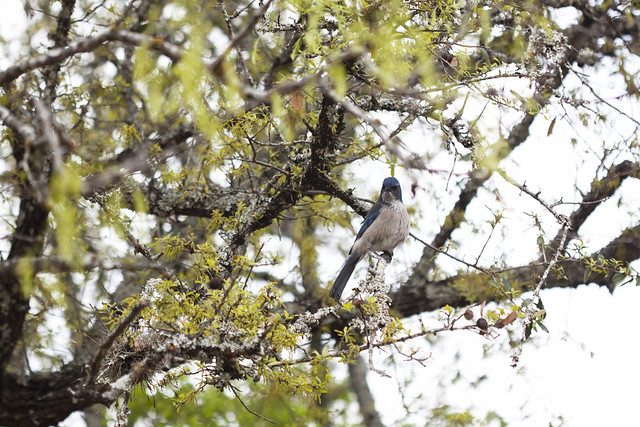 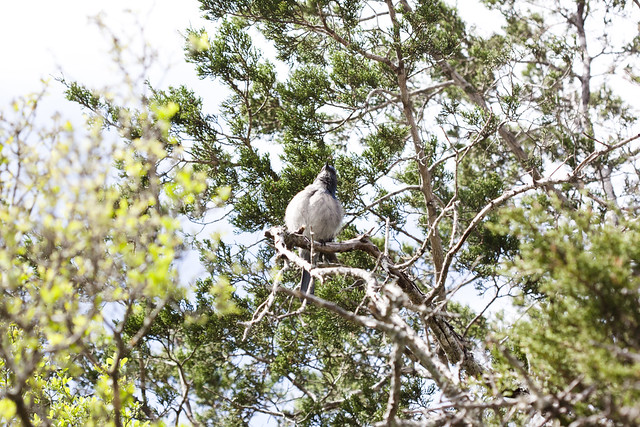 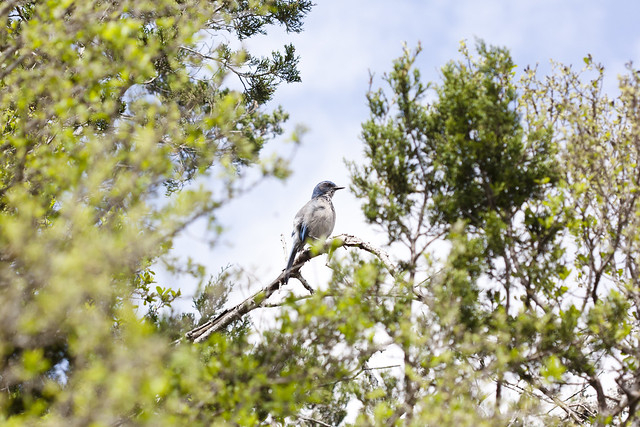 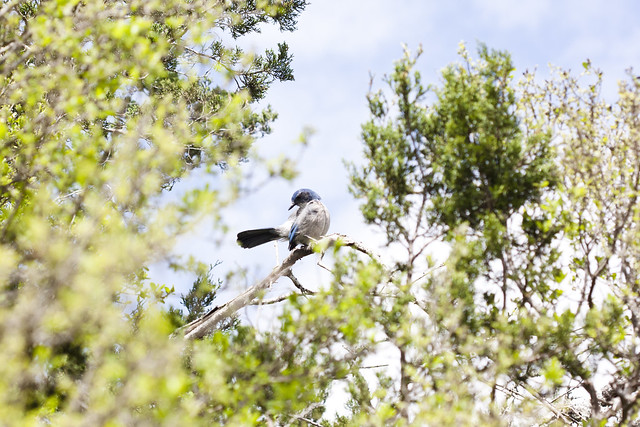 Western scrub jays were a fun addition to our birding list for the day. We hoped to see golden-cheeked warblers but alas, none were found. The scrub jays were just like their Floridian counterparts, rather tame and willing to pose for pictures. I’m sure they were really hoping to pick up a crumb or two from the campsite! 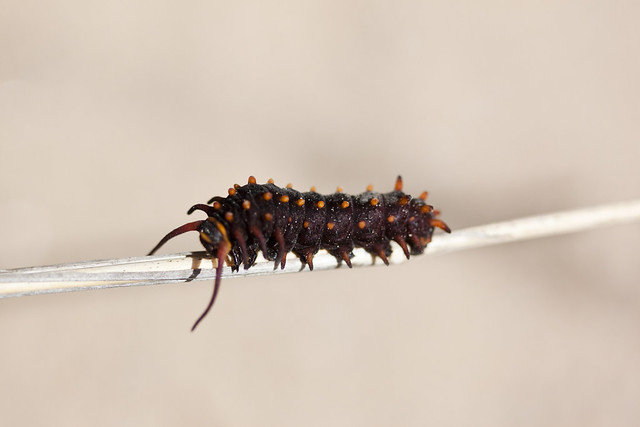 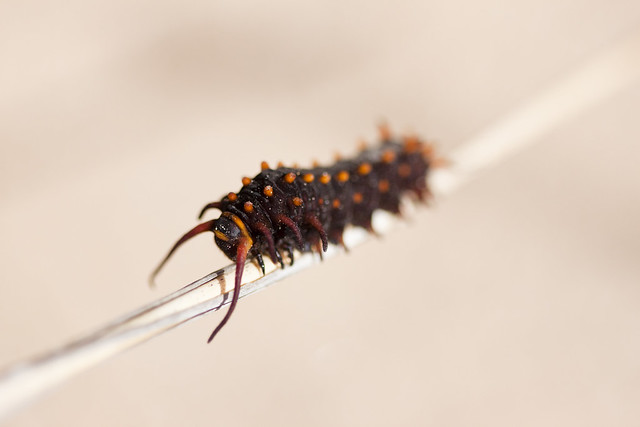 On one of the trails by the river I found a caterpillar walking smack-dab in the middle of the trail. I know other unsuspecting hikers would have likely smooshed the poor thing but I rescued it and moved it off the trail. We knew when we found it that it was some kind of swallowtail, likely pipevine, and sure enough that’s what I later identified it to be, Battus philenor. 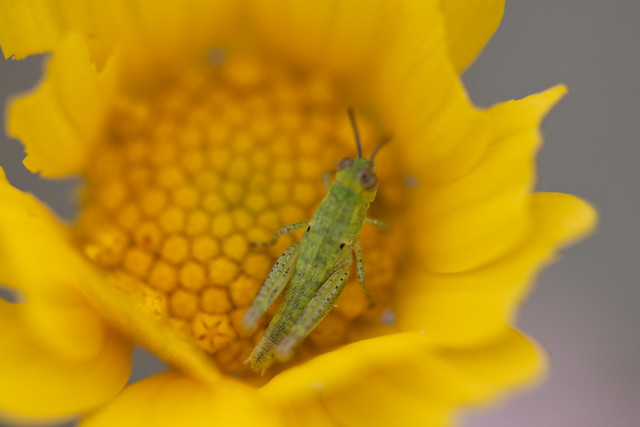 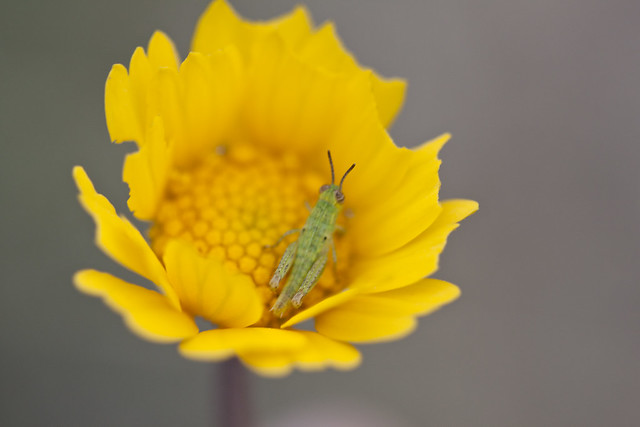 I’m not sure what kind of grasshopper (cricket?) that this is. I tried Googling but I’m not sure where to even start with insects like this. Anyone? 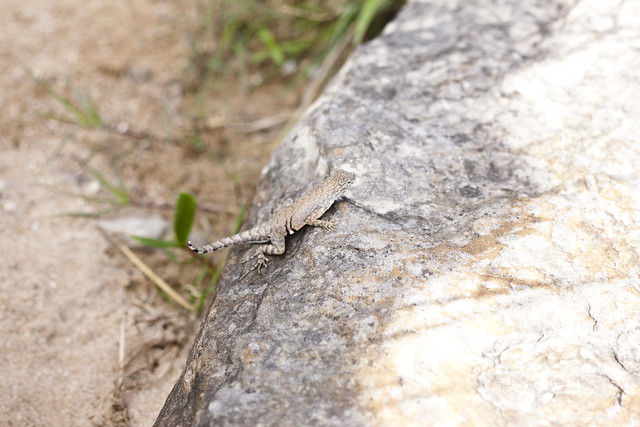 We found a Texas earless lizard, Cophosaurus texanus texanus, scurrying around on some of the rocks down by the river, too. I remember seeing a few others in the park throughout the weekend as well.

Not photographed were plenty of vultures, deer, squirrels, hawks, and some turkey. I really love seeing turkey and miss seeing them as frequently as we did in Florida. They are just not as prevalent here in our region of Texas.

All in all it was a decent wildlife weekend!