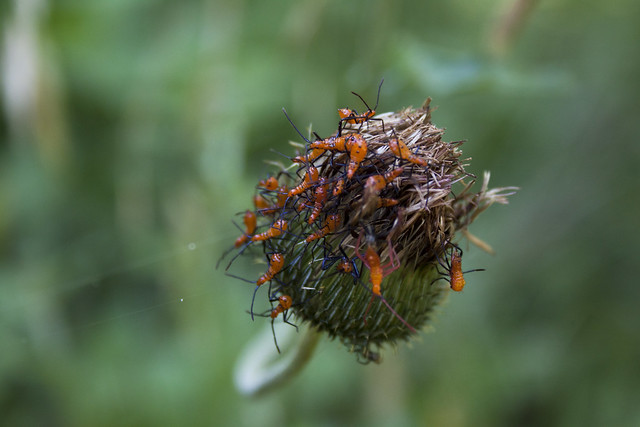 For the most part, wildlife at Palmetto State Park was about looking to smaller species. On one of our hikes Chris stated beforehand that he wanted to see a snake and a caterpillar. That was surprisingly achieved! The caterpillar wouldn’t have been too hard if we’d looked but we ended up having one walk (slowly!) right across the trail. The snake, I figured, would be harder, but as we rounded a corner on the trail a rat snake was trying its best to disguise itself on the edge of the vegetation while soaking in some of the sunny warmth poking through the forest canopy. We did not see many deer, in fact I’m trying to remember if we saw any at all! The campsites were split up, with the tent section on the north side of the San Marcos river and the RV sites on the south side. The bathroom in the RV section is where the showers were located so on the first evening I drove over to shower. On my way back to our campsite, just after I’d left the boundary of the state park and was about a quarter mile from the stop sign to turn onto the main road, a huge group of feral hogs ran across the park road. Now, Texas(ans) keep talking about feral pigs here but I have just never come across as much evidence or sightings of them as we did in Florida. So, this was actually a little treat for me to see as the group of approximately 20 pigs ran across the road and into the woods. I thought about trying to take a shot of the little piglet butt that I saw as I finally caught up to where they crossed but knew the shot wouldn’t quite turn out as well. I think the last time I saw a wild hog in Texas was in the Beaumont Unit of the Big Thicket NP five years ago. 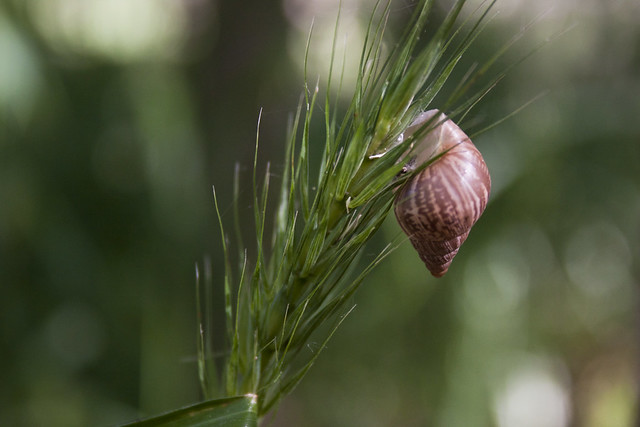 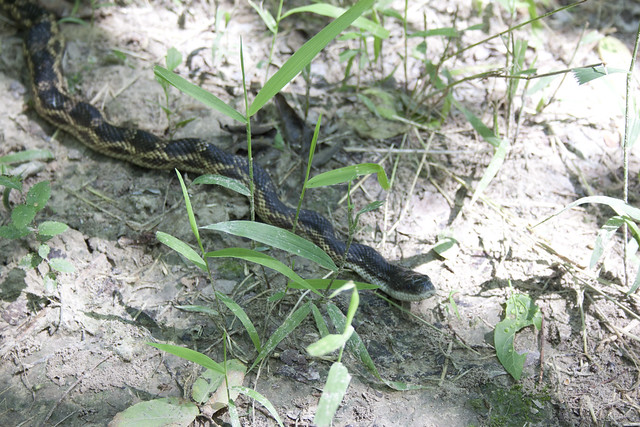 Our snake friend. Chris said it was a Texas rat snake. I’m just going to trust him on that one because I don’t really feel like trying to verify it! 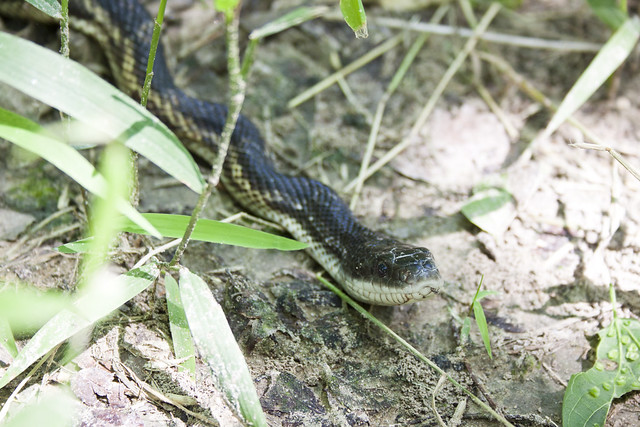 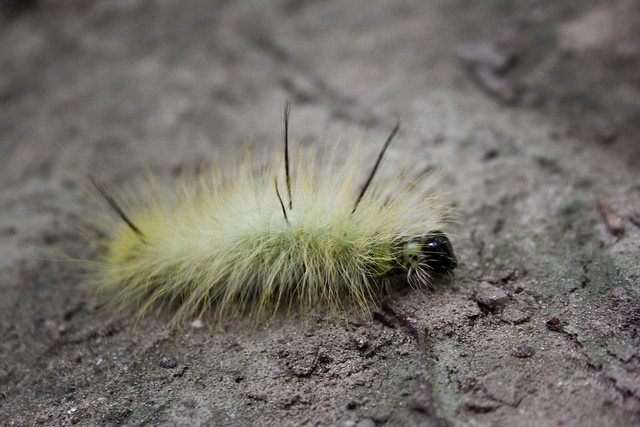 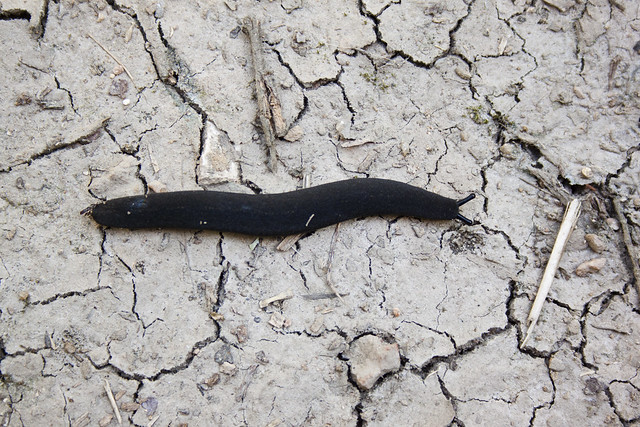 I think this is Belocaulus angustipes black-velvet leatherleaf slug….which is unfortunate because it is an exotic. 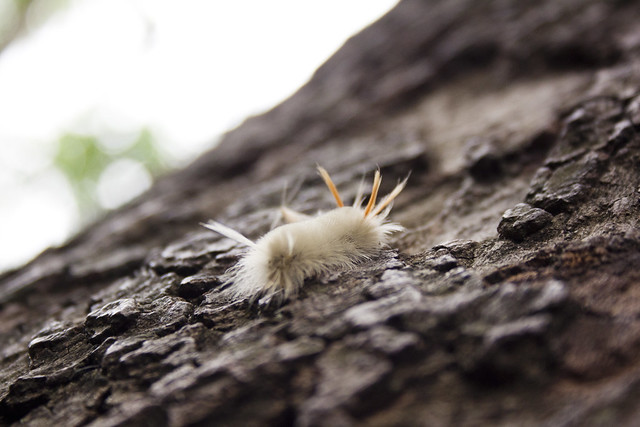 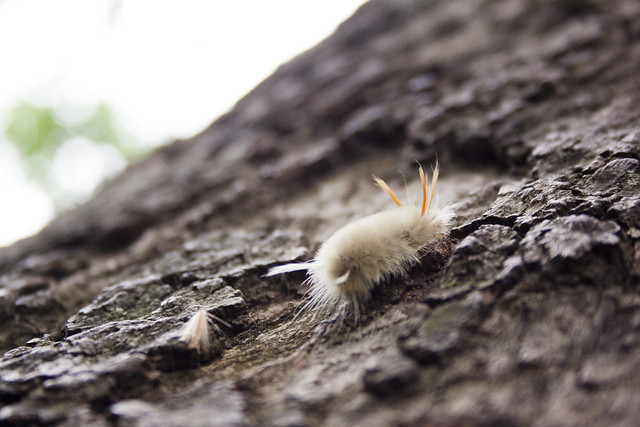 It was definitely a park for finding the smaller wildlife sightings. Of course we had plenty of mosquito friends and saw birds, squirrels, and heard the chorus of frogs, too.