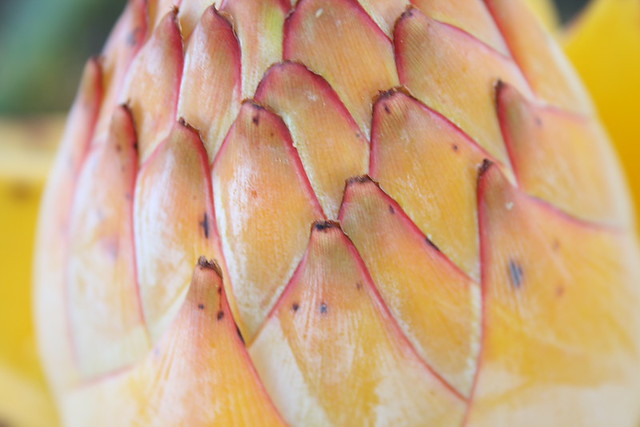 When I started The Garden Path Podcast late last year I knew that it would be hard work but that I would enjoy it. Podcasting takes oogles more time than writing a blog, at least for me. I thought I’d break down some thoughts here about these first six months.

Overall Goals
It was originally the Cultivate Simple podcast that really got me into listening to podcasts. I’d dabbled in them before that but they really weren’t terribly popular yet. Podcasting has been around since the mid-2000s so it wasn’t even a new format at that point in time when I started listening to Cultivate Simple, but it wasn’t as popular as it has become now, just a few short years later. It seems as if almost every genre of podcasts have expanded but the garden podcasts have stalled. Sure, there are some still going strong and there are even some farming podcasts, but I didn’t always necessarily identify with the farming podcasts. And the permaculture ones can even be hit and miss because sometimes they are just too out there for me.

Honestly, looking back at it now, I would have started a more broad ‘outdoor’ podcast that touched in various aspects of the outdoors with a heavy influence on gardening. Not that I can’t have that broad reach now but it is probably a little more far fetched for me to add in hiking interviews on a gardening titled podcast…but hey, I still might have that happen sometime!

My overall goal for the podcast talk about gardening with other gardeners across all sorts of abilities, regions, and themes.

Being an Introvert as a Podcaster
Writing a blog post is easy peasy as an introvert. There’s no gathering the guts to a: email someone to interview and then coming down from their yay or nay to your request, and b: hyping yourself up pre-interview and telling yourself that this wasn’t a horribly bad idea. Other than screwing things up on my end with the first interview I tried with Leigh and crying miserably as soon as I got off Skype with her, I typically always have a few moments after scheduling an interview with someone that goes somewhere along the lines of “Why did I just do that? This is going to be horrible. What are we going to talk about? Do we have enough to talk about? Am I going to sound like an idiot?” I perk back up in the time between scheduling it and the actual interview but usually minutes before the interview, and as I’m setting up my computer and microphone, I get panicky and all the fear comes back to me. Of course after each interview I’m elated and happy and we’ve had the greatest conversation, and each time I think “Awww, I wish they lived near me so we could be real-life friends!”

As a person who doesn’t enjoy talking on the phone, isn’t big on striking up conversations with people I don’t particularly know, podcasting is definitely out of my comfort zone. It’s a comfort boundary that needs to be tested every once in awhile, especially when there’s something creative about it. It’s a curiosity and creativity fire that needed to be stoked and so I just plug along and do it, despite my fears and any pre-interview jitters.

Thoughts on Sponsorships
I’m fairly firm about not having ads on my blog, though I’ve never been totally no on that. If the right person contacted me about some gardening tool or wanted to pay for a camping or hiking trip I’d probably say yes to writing an honest review in exchange for whatever I was writing about. That said, podcasting is different. I’m definitely down with having a sponsor or two on some episodes. Podcasting is much more work than I imagined and it would be nice to have compensation to pay for hosting as well as a bit of my time.

Now, do I have sponsors or have I actively sought them? Nope. But the line for having as sponsor is far closer on my podcast than on my blog. Frankly, most of the ads on podcasts I’ve listened to are pretty good. I’m a little tired of Audible being a sponsor on many of the shows I listen to because you only get that free download once—and I’ve already redeemed that!—, but I’ve heard a few interesting sponsorships across the podcasting genre. A lot of people seem to be plugging just straight donating to a particular podcast through Patreon (not my link, just a general link to the site) as a way of supporting the content creators you enjoy. That’s an option and I might look into it.

Right now, though, this podcast is self propelled!

Creating Connections and Building Friendships
As an early adopter of the internet and building friendships online (I met my first internet friend in person way back in 2001! That’s when people were all “OMG, you did what???” about it), making connections with people across the various hobbies I have through social media is old hat for me. Honestly, sometimes I probably talk/connect to my ‘internet friends’ more than my in-real-life friends because of these hobby connections. Developing these connections even more through the podcast has been fun and interesting, too, because talking to them and hearing their voices makes that screen name a little more real.

For now I am focusing, for the most part, in trying to interview people that I have some kind of connection with online or in the real world instead of contacting people that I follow but have never actually become acquaintances or friends with online. For one, it is the simpler way to start. I have emailed one very big named creative blogger who has a garden and was nicely rejected due to time constraints (no biggie! But for me to do that was h.u.g.e.) and have played email tag with another fairly big named creative and lifestyle blogger who has a homestead and we’re hoping to chat sometime this autumn when the growing season slows. But those are the only two people I’ve reached out to that I don’t have some kind of online connection to, people who wouldn’t recognize me or any of my screen-names.

Podcasting is just another dimension to creating content in the ever evolving online world. It’s amazing how much the internet and internet accessibility has changed in the last 5 years with so many people having smartphones.

That said, if you want to hear a particular gardener, farmer, or plant enthusiast on the podcast who fits the scope of the podcast, and can make that connection for me, I definitely want to hear from you!

How I Podcast
My research into podcasting started with me inquiring with Elizabeth about how she records her two podcasts. She uses GarageBand which is supported on Mac products, which my computer is not. Searching around it appeared that I could use Audacity for my recording, mixing, and exporting. As I typically teach myself by the seat of my pants and using the lovely University of Google, I finally found out that Audacity and Skype don’t get along. Cue meltdown with Leigh above. To overcome this I downloaded Pamela for Skype as a trial and then officially bought the software so that I could record Skype conversations appropriately. It works great and I’ve had no problems so far.

Now, in reality, I actually really love using Google Hangouts On Air for people with Gmail accounts. Most people have a Gmail account but are not familiar with using Google Hangouts. This is how Elizabeth does her shows and the quality is much better, I find, than Skype. Google Hangouts records to one of my YouTube channels as an unlisted video/audio and later I download the .mp4 and Audacity will convert it into a format (after getting a plugin for conversion) it can read and edit. *Voila!*

Before podcasting I was already familiar with the Free Music Archive to find music for YouTube videos with Creative Commons licenses that fit my needs, so I did the same for the music on the podcast. I’m still tinkering with the music and I will probably switch it up next ‘season’. Also, as I listen to other podcasts I get ideas on how to create interesting introductions. The last two interviews I experimented with cold opens, which I typically like hearing on other podcasts. So far I am liking that method and as I’m talking to my guests I keep a mental note of something particularly interesting they say so I can go back and splice it into the intro.

This summer I’m opting for Summer Garden Journals instead of interviews due to time constraints for both me and my potential guests. Everyone is gardening and it is the busy season! I know some podcasts do ‘seasons’ which sometimes are only a month or two breaks between seasons, others go year round. There’s really no right or wrong way to put episodes out there. Right now my thoughts for next year is to take a break from posting episodes at the end of the summer and then focus on getting a bunch of interviews underway and then scheduling episodes throughout the winter. But we’ll see, I might change that up!

Overall, I am really enjoying this creative medium and just going with the flow. I have no end goal in mind for the moment but I foresee at least continuing for another year. We’ll see how the overall podcasting platform evolves in the next year, what other podcatchers develop, if iTunes overhauls its poor search and filing system for podcasting, and if demand for podcasting continues.

It’s just fun to do this for now!