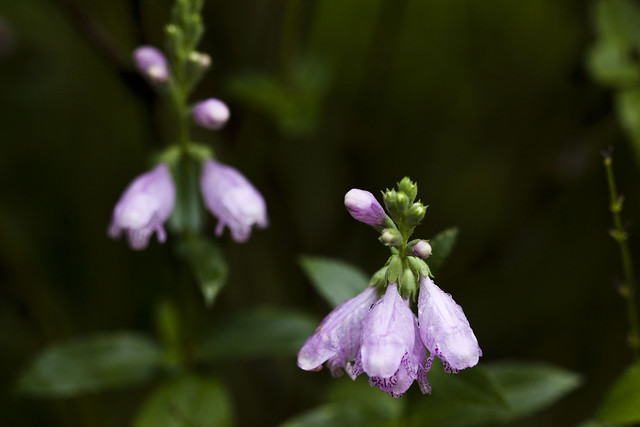 These days I’m finding myself in a state of go-go-go in the gardens. Rarely am I stopping to just see what I see, to sample a bit of what is going on—there are so many weeds to pull, plants to trim back, and who-knows-what-else to do in this frenzy of summer. 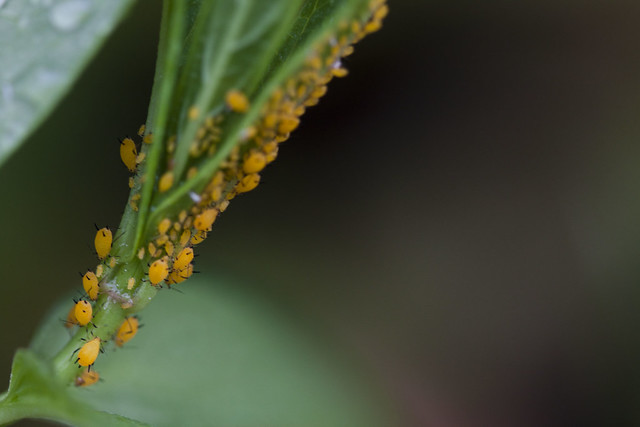 On Tuesday I got called to pick Forest up early because his low grade fever from the morning had morphed into something a little higher and he was crankier than usual. He’s finally cutting a few more teeth and paired with allergies that keep trying to turn into another cold, he wasn’t feeling very well. We settled in for a nap after lunch and the thunderstorms that were promised overnight finally showed up. It rained most of the afternoon, fairly hard at first but tapering off to a steady drizzle most of the afternoon. 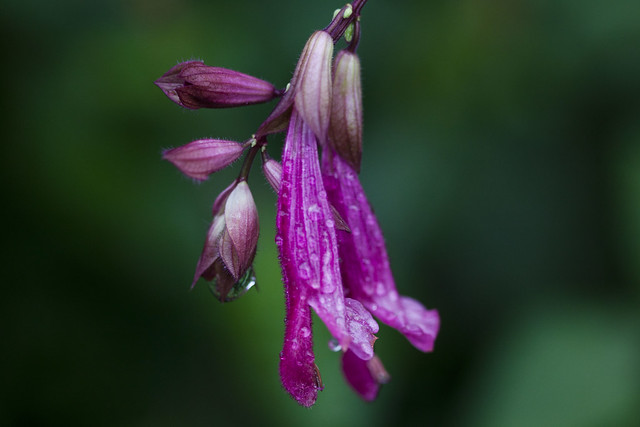 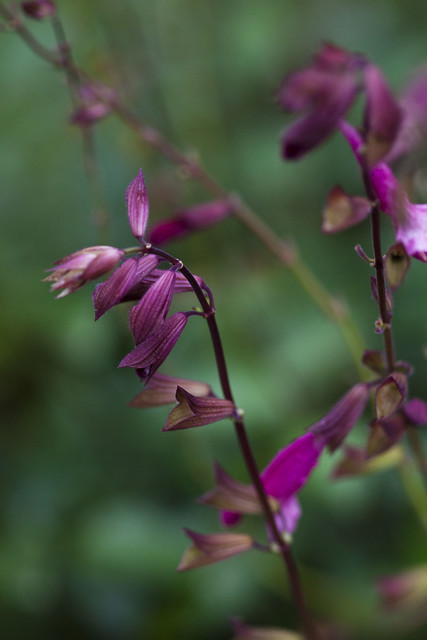 After the deluge of May we had nearly a month without rain other than a passing shower that dropped a slight drink here and there. Finally the front yard dried out enough to mow! When Forest and I came downstairs after our nap I was surprised to see that the rain had not puddled in the front yard. The month of no rain had really done some good on that front. 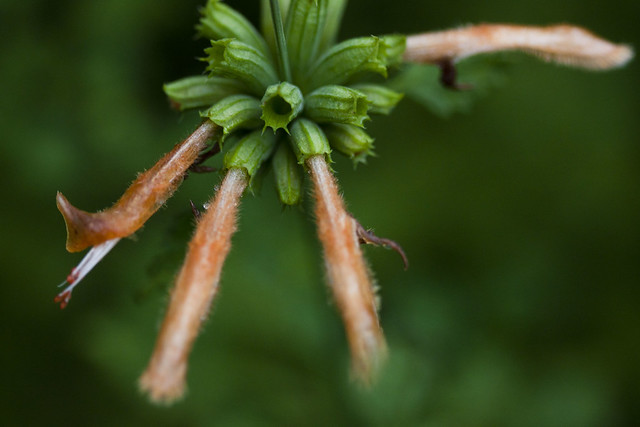 Forest went to bed fairly easily that night because he wasn’t feeling well so I had a little more time than usual to get outside. However, everything was still wet and I wasn’t in the mood to pull wet weeds. Instead I opted to pick up the macro lens and take some photos. It was hard not to stop and pull a weed or try to fix something that was seemingly out of place. So I walked slowly and noted what needed to be done for later and tried to snap photos without thinking too hard on the subject. 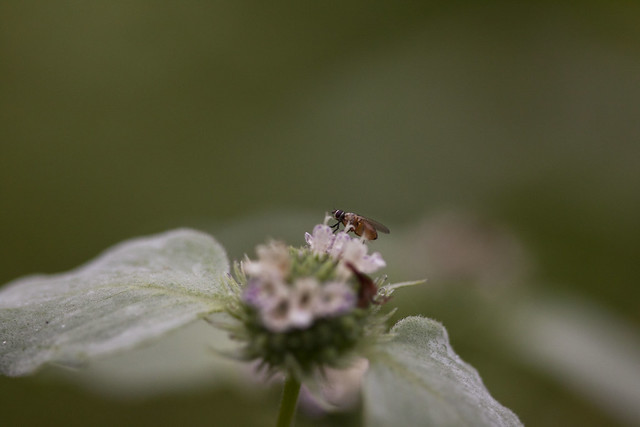 I’ve gone back through old blog posts recently and realized just how much I photographed in the garden in years past. Sometimes I get stuck on wondering what to write about here and I know that writing begets writing. It’s the sitting down and digging it all out that’s the hardest. 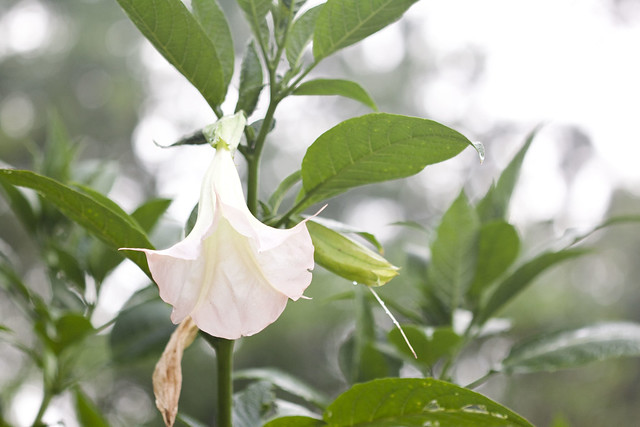 Late last week Chris got into the beehive. He was suited up and I had my phone and shot a few photos of him before he took his suit off and announced that the situation was bad, the hive was pretty much toast. A bad combination of relaxed beekeeping paired with the wet spring and flooding weather had allowed the hive beetles to take over. Chris had been successful last year with finding a method of keeping them under control, not eliminated totally, but the situation wasn’t out of hand. 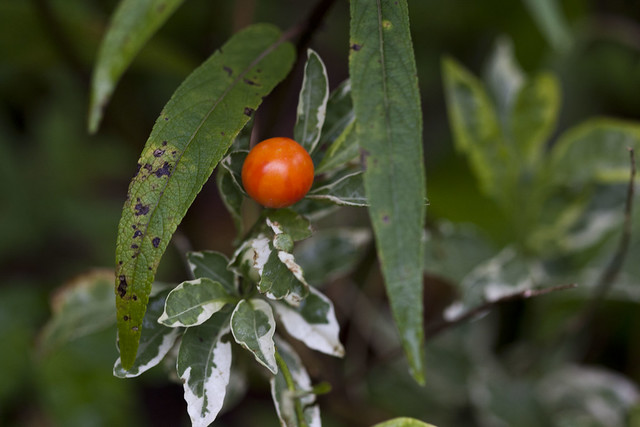 Well, the situation was out of hand and now there was no comb for the bees, not even brood comb. The beetles had hijacked it for their own reproductive purposes. Chris got in and removed what comb was left, a sopping, disgusting bit that was left at the bottom of the hive on the garden pathway. A few days after I walked over to see what was going on. Some bees were around but the general frenzy of buzzing that is common in the heat of summer was nonexistent. I inched closer and saw flies all over the blackening comb on the ground and maggots crawling on top of the hive. The smell wasn’t pleasant. It was depressing to say the least. 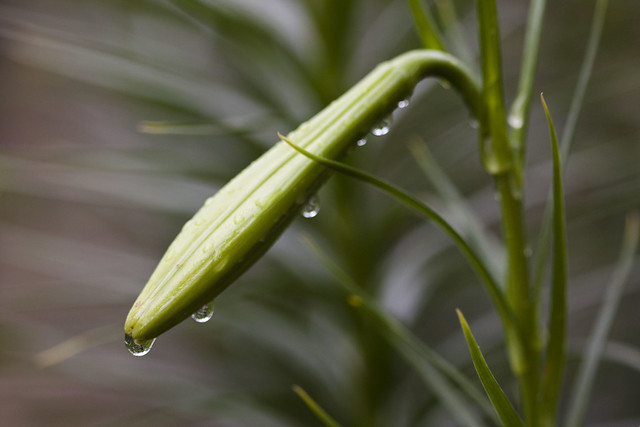 I worked one of the flower beds near the hive back towards the brugmansias one afternoon during lunch, pulling weeds. This view usually allows me to see the back of the hive opening, where bees would be crowding near the entrance to cool off a bit in the summer, or entering and exiting the hive. In the summer you don’t want to get too close as it is invites you to be stung but now there were no bees coming in or out. Chris had thought he’d clean the hive up and see if the bees would recolonize it but days went on and the bees seemed to have left completely. 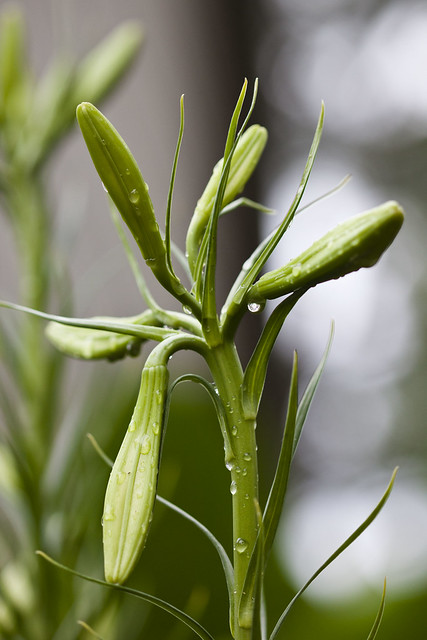 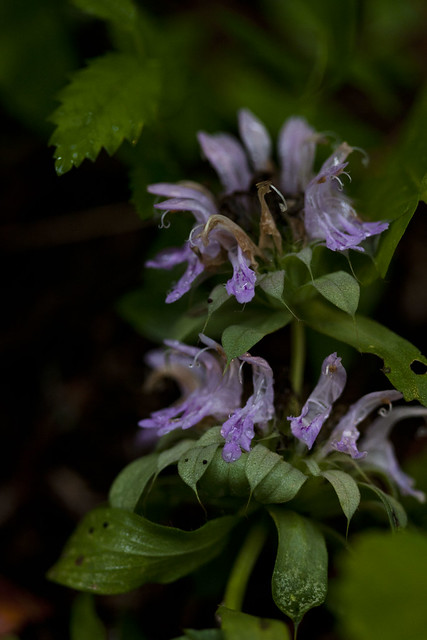 This afternoon I was out weeding and noticed the bees were hovering around the hive in the sun. Not the crowd we usually had but it was more than I expected. Chris came out and noticed the same thing, saying that he had noticed they had left, too, and was surprised they were back. I think that made the effort of cleaning out the hive and hoping for a recolonization to happen more worthwhile and he is going to attempt to do that and see if they start over this weekend. If not, we will reevaluate and get a new package of bees next spring.

So, that’s where we are with the bees for the moment. 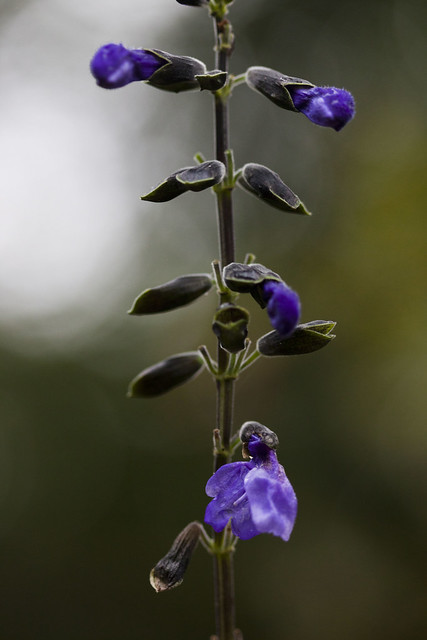 I definitely find myself trying to steal more moments as dusk and dark settle in over the garden, grasping for more daylight. It’s already starting to slip away towards autumn and I’m not ready for that yet. Last night I was pulling just a few more weeds in the vegetable garden when I was startled with a very loud “WHO!” I turned around, half expecting the interrupter to be perched on the vegetable garden fence. Instead, as my eyes adjusted to the darkening surroundings, I found a barred owl perched on the pecan tree near the garden. I said hello and it flew silently off to the woodlot next door where we exchanged a few more “Who-cooks-for-you, Who-cooks-for-you-all” before I gave up and went inside for the evening. 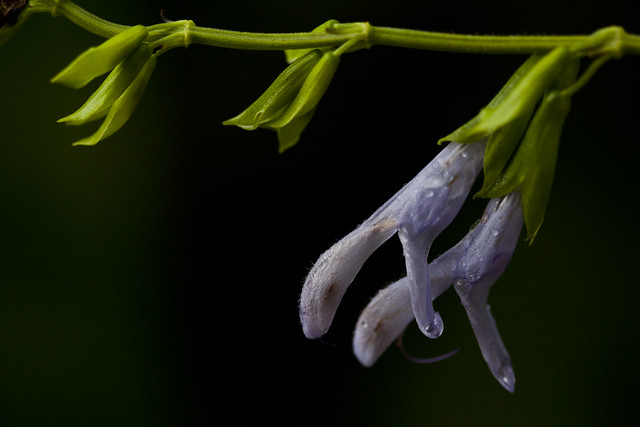 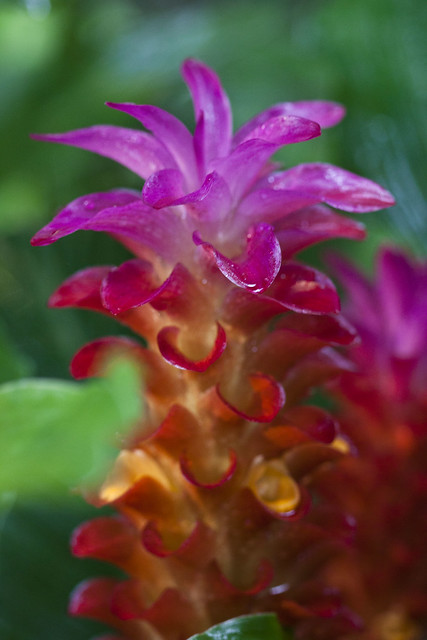 And that’s where I am these days in the garden.