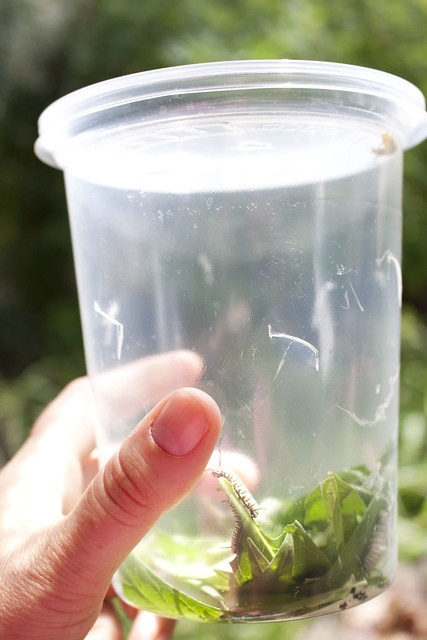 Several years ago when I got on Twitter there was a chat called #seedchat that I would pop onto most Wednesdays. That chat is now dormant but I ended up ‘meeting’ a lot of great gardeners through that chat. One of those was BMT 108. I’m keeping her real name on the downlow because of her husband’s occupation and she likes to keep it sorta anonymous online, as much as one can get these days. Remember when everyone used to only go by handles? Those were the days! 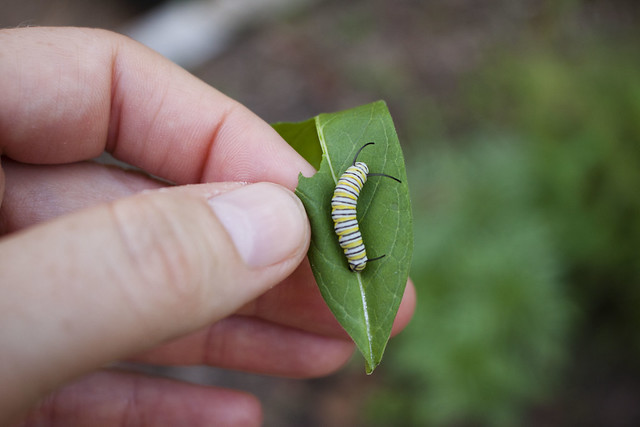 Anyway, she lives about thirty minutes from me so it was nice to have a local person to talk to about gardening or whatever is going on around here. We finally got the chance to meet in person by visiting a local plant nursery last weekend. She seems to have turned her yard into a monarch nursery (or the monarch’s have chosen her!) and was overloaded and offered to bring some caterpillars to share and re-home at our house. 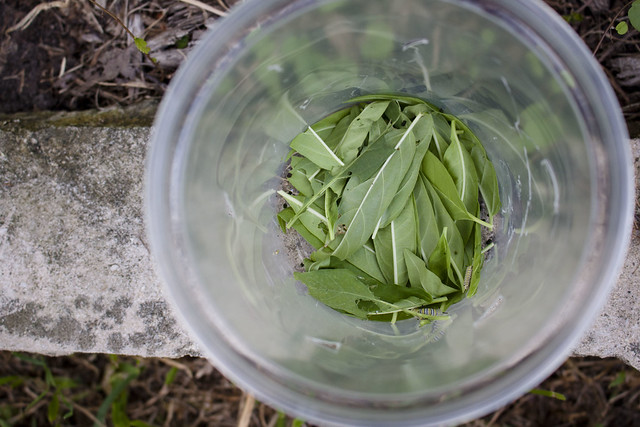 We toted the monarchs around to a few other errands after we met up at the nursery and I was finally able to release them in the late afternoon. 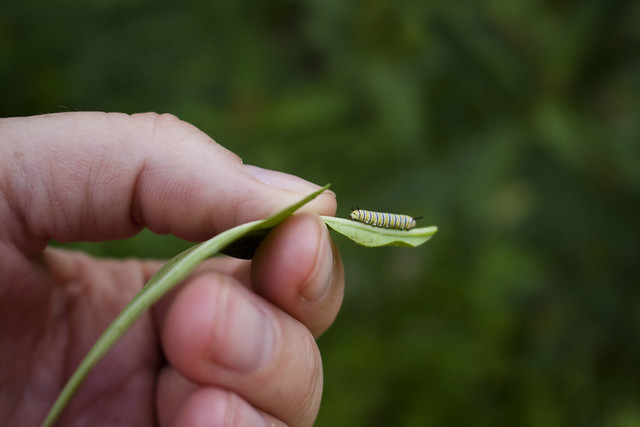 The caterpillars were in various instar stages, from fat and plump to teeny and new. 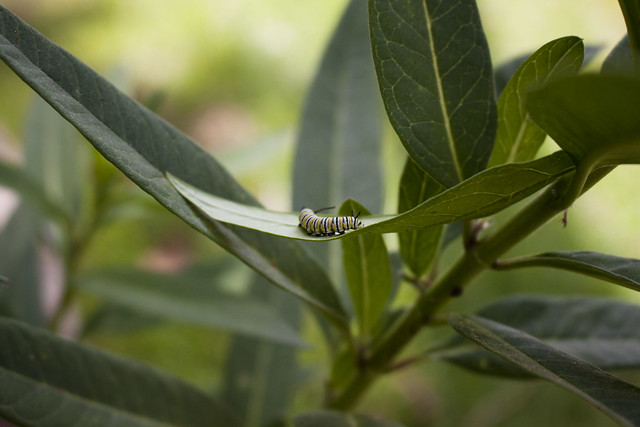 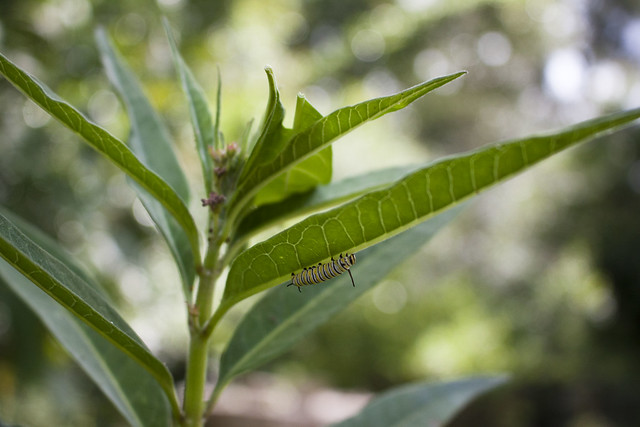 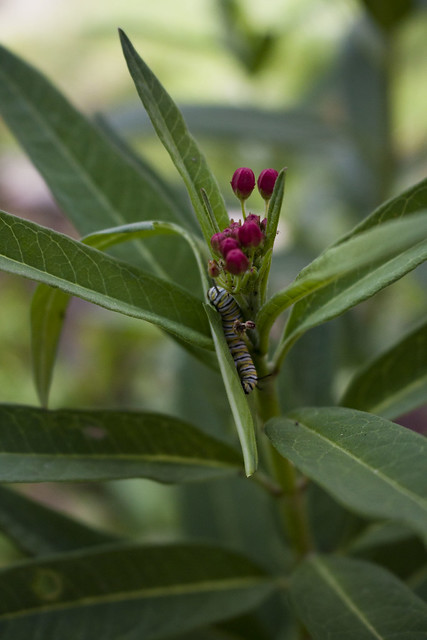 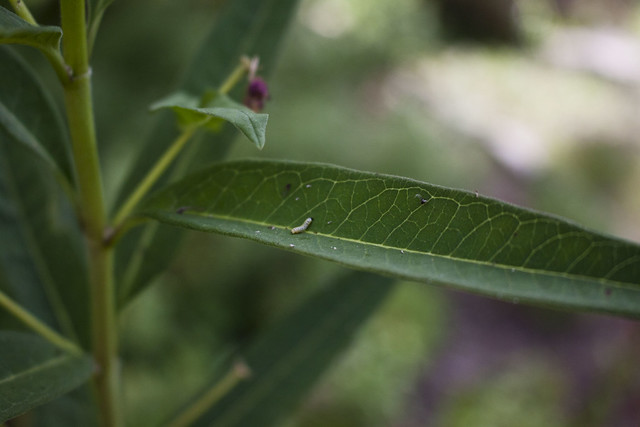 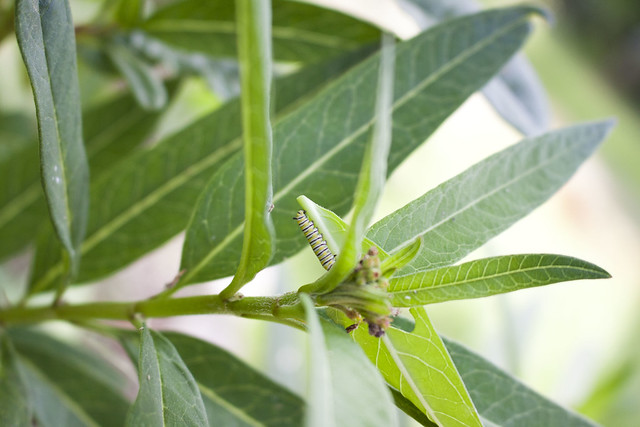 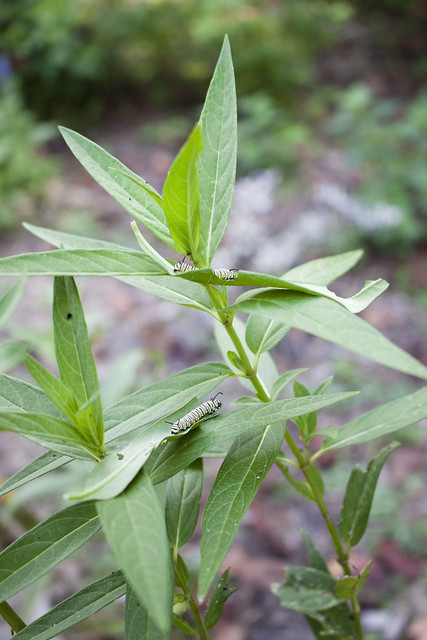 I’ve been trying to keep an eye on them since I released them but I’ve only found one or two and I’m not even sure if they are the re-homed ones or not. My friend has been keeping hers in a tent inside with milkweed plants inside the tent due to heavy predation by wasps. I’m a little concerned we might have that going on too, but am hesitant to want to deal with the rigmarole of babying caterpillars. We’ll see. I hope that the monarchs decide to continually use our house as a waystation for reproduction!