I haven’t read a whole lot this summer. Evenings until recently were spent outside in the garden and I kind of lost interest in reading on my phone while Forest fell asleep at night in favor of scrolling social media. Now that it is pretty much dark by the time Forest falls asleep and I escape his room around 8-8:15 every night I have evening time to read or craft. I’m also trying to make a point to read again on my phone instead of endless scrolling. I don’t have a huge update but here’s what I can brief you on. The last update was for May.

Completed
Olive Kitteredge by Elizabeth Strout: When I was home in June for my parent’s 40th anniversary my mom, SIL Stephanie, and I went over to this thrift store where everything is $1 and it benefits, I think, a Leukemia foundation. I’m always drawn to the books and I found a couple and brought them home, this one was included. It was a Pulitizer Prize novel and unlike All The Light We Cannot See it appeared much more readable to me. Overall the novel is written very well. It’s an every day life, minute stories kind of book. Little glimpses into the life of people in a small town in Maine, primarily focusing on Olive and her family and friends but also on acquaintances. The individual stories may or may not have her involved in the plot. It was a good but slow read and I found myself definitely disliking Olive herself. She grew more tolerable as she aged but she was not a nice person overall. The small stories about the other townspeople were interesting and it would be as if you picked out anyone in any town and wrote about whatever struggles or triumphs they were having. That was the most interesting aspect of it all. It’s not a book I want to keep so I listed it on Bookmooch but it hasn’t been mooched yet, so if you think this book is something you’d want to read I’m up for sending it to you via media mail in the US. Let me know!

The Art of Asking by Amanda Palmer:
I first mentioned this book back in March when I had to put it on hold because my audio loan ended before I could finish. Well it took until this week for my turn to come up again and when I saw I had only less than two hours left to listen I kicked myself for not staying up top of listening back in March! I still hold by chosing to listen to this versus reading it because Amanda is a fantastic narrator and there’s all sorts of interesting music interspersed. I would like to check out the book sometime just to take in the words that way. I loved this book! I definitely had some disconnect between the two listening sessions, having to remember where I’d left off and what was going on where I’d stopped. I think the best thing about this book was about showing up to do the work and not being afraid to ASK, to take action on anything…asking for something seemingly trivial, asking for payment for creating something…anything. The last 5-6 years have shown that creatives are starting to take things into their own hands, asking for donations or subscriptions via services like Patreon or asking for donations for special content on otherwise free sites. There’s a rising tide turning against people coming to creatives asking for them to donate something for free because it will be ‘good exposure’—a lot of the time coming from businesses who *can* pay. ‘Good exposure’ doesn’t pay the bills. Creatives of every kind of tired of that trope. I definitely recommend this book!

In the Middle of
Second Nature by Michael Pollan: Another thrift store find, this is Pollan’s first book he wrote. I am about a quarter of the way through, maybe, but I am loving it so far. It’s about the intersection of gardening and nature.

The Journey in Between by Keith Foskett: I came across the site Free Book Sifter a few weeks ago, a site that looks for currently free digital books via Amazon or Barnes and Noble. Some of them aren’t as updated as the site is having issues with Amazon so books that might have been free back in early summer are now priced. This one was only $2.99 and looked interesting so I grabbed it for reading while Forest goes to bed. The author has a lot of hiking memoirs and this one in particular is about the Camino de Santiago. I’ve not read any books on that trail, have only watched The Way(highly recommend), but it sounded interesting. I’m not far into it but I should make some progress on it soon.

You are a Badass by Jen Sincero: Getting back into Palmer’s book above reminded me that I could do audio books again. I kind of forget about them because they are sometimes hit and miss with the narrators. I borrowed this one from my Hoopla Digital service at the library. The book has been making the round of all of the lifestyle bloggers lately and seemed interesting. It’s short, about 5 hours. Just started!

On Hold
Paths of Desire by Dominique Browning: I mooched this one earlier this summer and was intrigued because it was a gardening memoir. I’m probably halfway through but kind of got bored. While interesting, the author gets a little weird with her naming conventions for her boyfriend and friends and it kind of turned me off. I’ll definitely return to this when I’ve got the mind for it.

The Invention of Nature by Andrea Wulf: I’ve had this on reserve digitally for months and my turn came up. I started it and was loving it but it is very detailed and I quickly realized that I didn’t want to read it on my phone, that it deserved to be read from paper. So I requested the book from the library and am waiting on that so I can finish it.

That’s it for now. What are you reading? 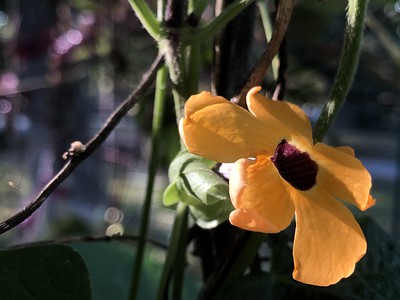