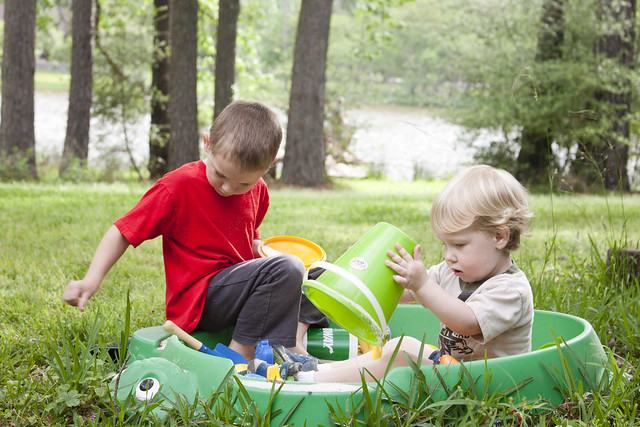 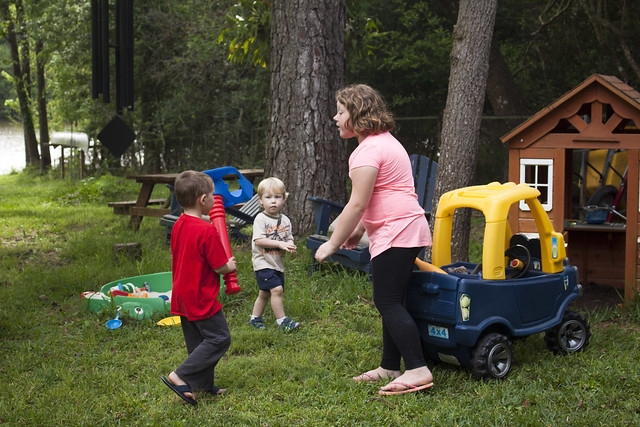 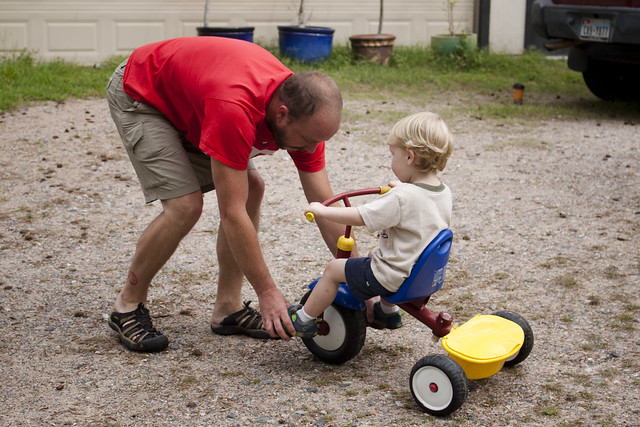 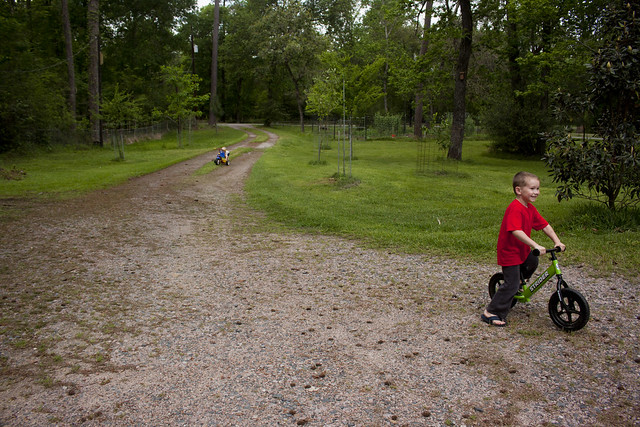 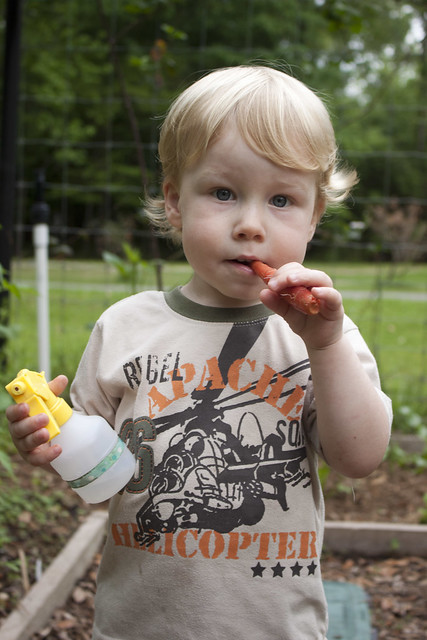 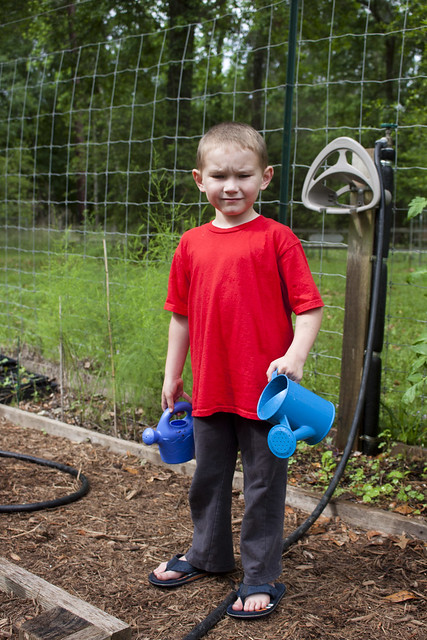 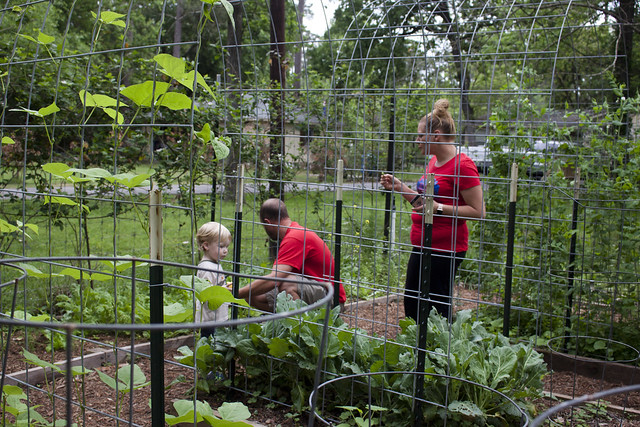 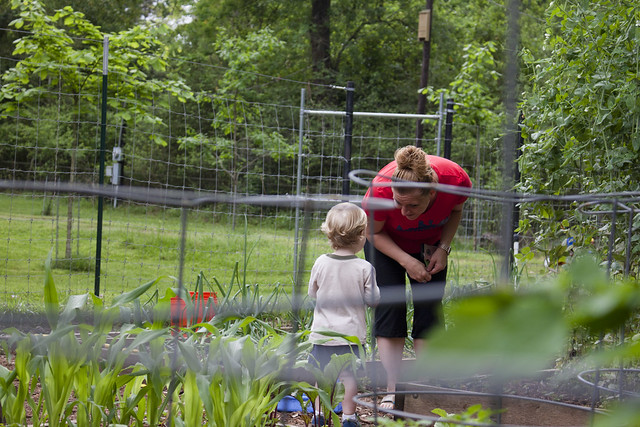 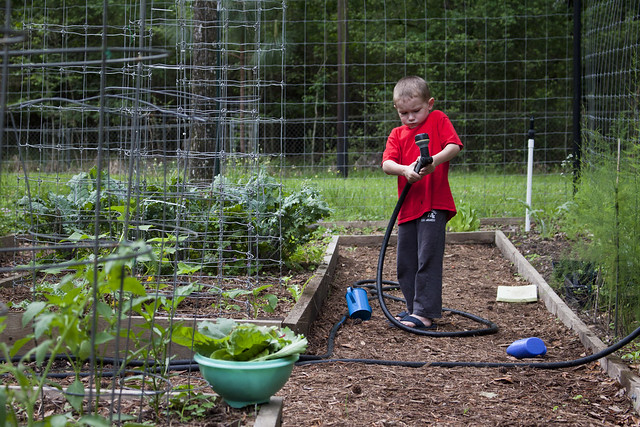 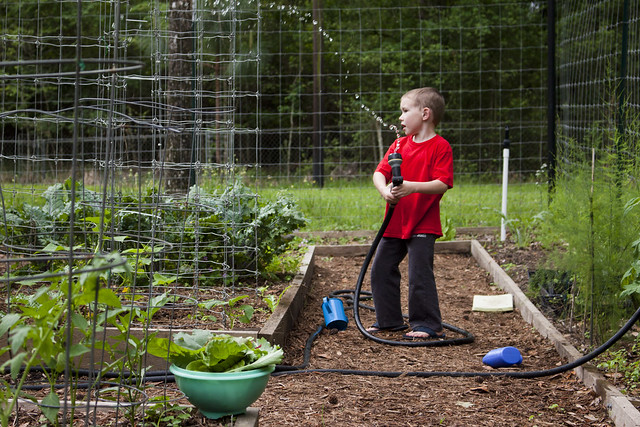 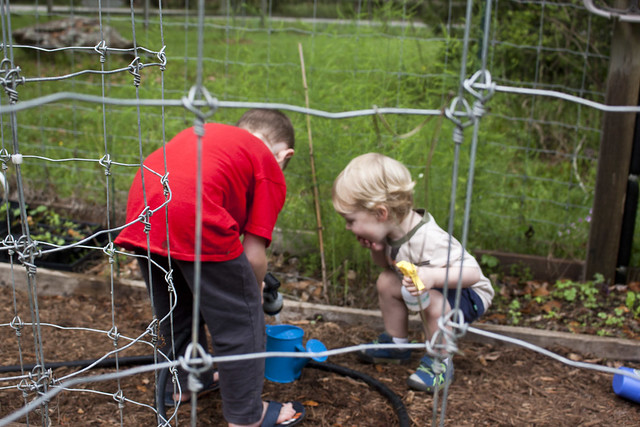 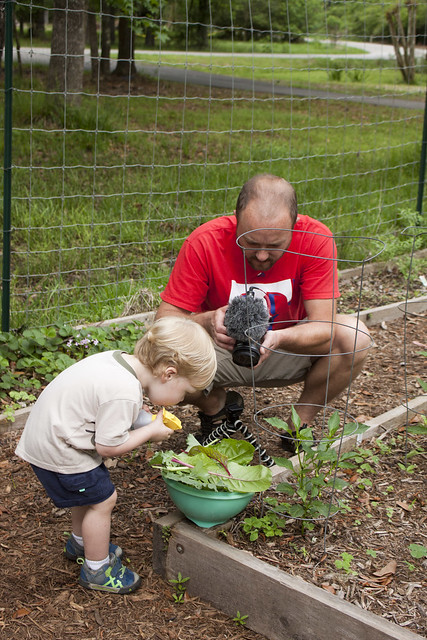 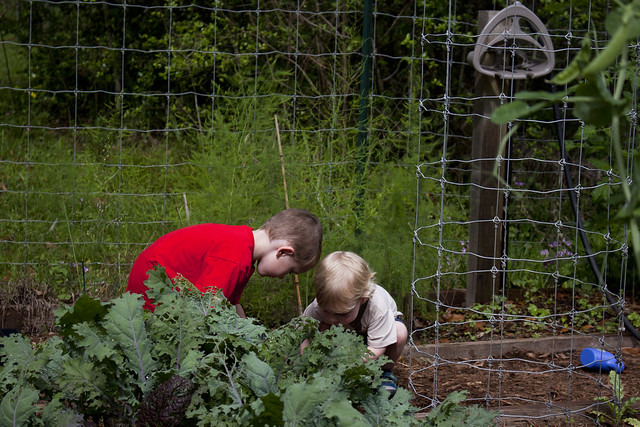 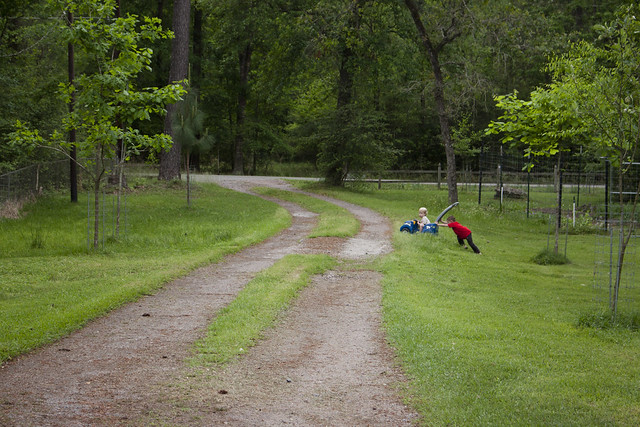 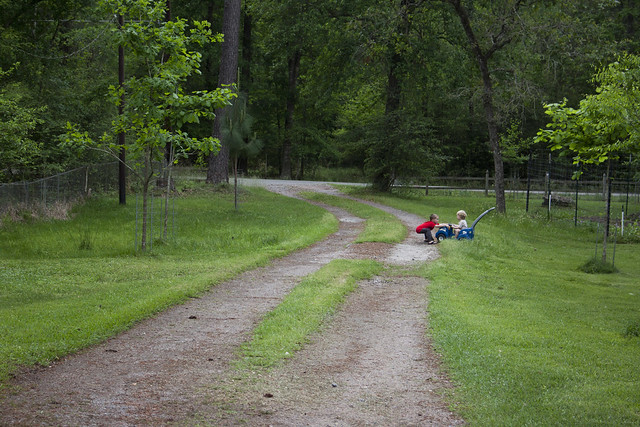 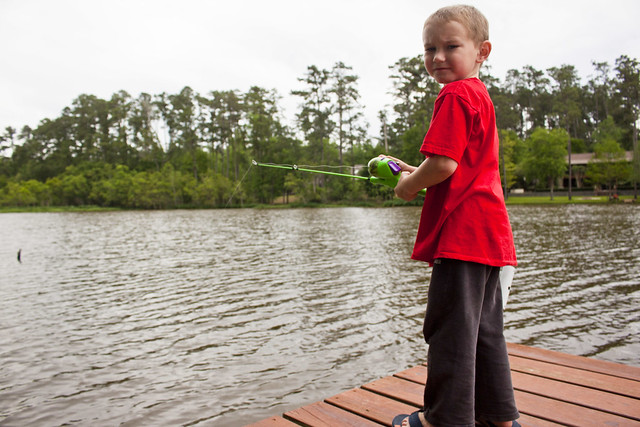 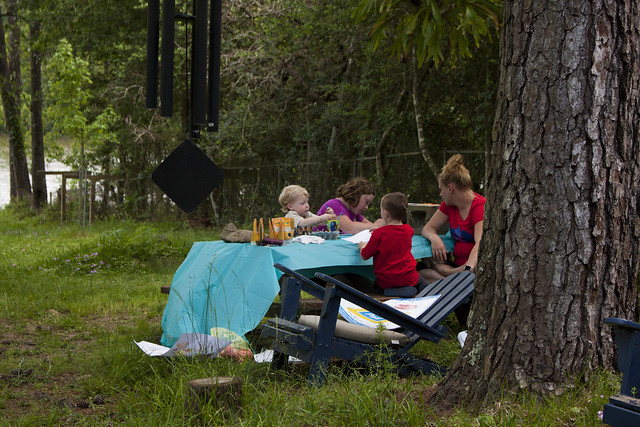 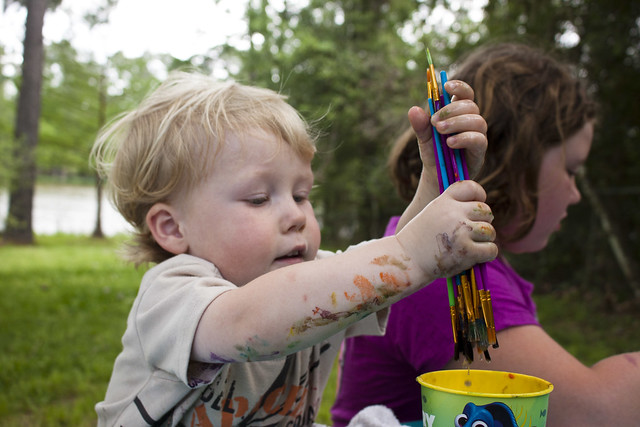 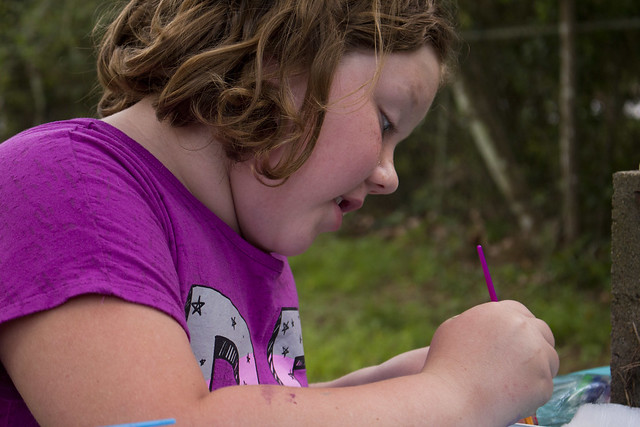 It’s been awhile since my brother’s clan spent some time at our house but last weekend they all arrived for a wonderful, fun-filled weekend. Oh, we’re getting to a good intersection in this cousin relationship between the three kids, particularly between Grayson and Forest. Those two had a ball playing together, though sometimes I think the love went more one direction with Forest being enamored with Grayson. Poor Forest is just a little too small for real rough housing and playing hard so he had a hard time keeping up with Grayson. And I think we’re going to really have to dig into getting swimming lessons accomplished this summer so Forest can hang out on the dock more; the kid likes being on the dock and wanted to do what the big kids were doing (hanging over the side, fishing, etc.) but he doesn’t know how to swim yet.

Little Zoe is now a tween and apparently reading thicker, more complicated chapter books than I envisioned her reading. She was reading this cat fantasy novel and joked that next thing she was going to be reading Clan of the Cave Bear or Game of Thrones! Ok, maybe not, but Harry Potter is not but a year away for her.

The kids got a kick out of painting, as per usual. Zoe and Grayson usually visit my studio but as I rarely even visit my studio it is an awful mess and not really suitable for visitors. I set us up on the picnic table in the backyard, complete with a plastic table cloth, and the three of them went to town with finger paints. I had bought a few wooden pieces they could paint, their first name initials and dinosaur figures for Grayson and Forest and an owl for Zoe, and brought out the large pad of paper Forest uses to color or put stickers on. It was a great way to chill out for an hour outside and still be a little messy.

You can see in some of the photos how buddy-buddy Grayson and Forest were, with Forest really looking up to Grayson as his big friend and helper. I think Grayson liked being in that position, too. We all played in the garden a bit, scoping out what was growing. Carrots, snap peas, and strawberries were eaten straight out of the garden. Everyone played hard on Saturday because Sunday was supposed to being severe thunderstorms. Those didn’t appear too heavily until right after lunch and even so, they weren’t bad at our house. The worst developed to our north and east.

As always, it wasn’t long enough and it was really quiet in the house when they all left, even with Forest in the house! I’m hoping these three can get together a few more times this summer!