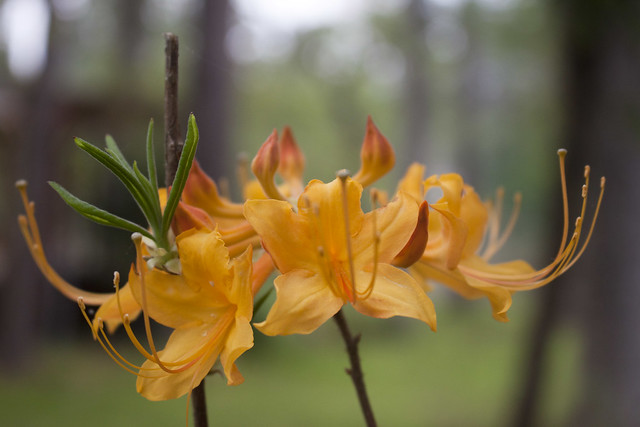 With the recent time change we made some adjustments to our evening routine, the main one being that Forest’s bedtime was pushed back to 8pm-ish. Sometimes it is a little earlier, sometimes it is a little later, and of course being a toddler, some days he has his own intention for his bedtime. I’ve been loving that we get 1-1.5 hours outside after dinner in the evenings to play in the yard and to garden, or to take walks, though we haven’t done much walking the last few weeks. We’ve mostly played outside or bounced between the vegetable and flower gardens. It is pretty glorious to be spending these hours after dinner outside and I no longer feel as rushed to keep on top of the garden. Wandering around the garden and yard is something I really missed doing the last two summers. I would catch glimpses but not really get to enjoy it. Having it all back makes me incredibly happy!

That said, because Forest isn’t asleep and I’m not leaving his room at 8pm now I don’t have those two hours after his bedtime to myself. I might have an hour, but lately I’ve been crawling into bed and reading before I go to sleep. My night owl years seem to behind me, for the time being. Before I turned 30 I burned the midnight oil regularly and I was fine the next day. Even post-30 it wasn’t terrible but post-baby it is not doable. Rarely will I make it to 11pm and that’s because I’m vegging on the couch watching tv, not actually using creative brain cells. 9:30-10pm is when I call it quits these days.

With all of this I’ve lost about one hour of creative time in the evenings, even if I didn’t want to use it creatively, that’s still some ‘me’ time lost. Honestly, I’m trying not to think of this as lost time because it is also found time—time with Forest, time outside, etc. It’s the shift that I’m struggling with, where to throw all of the other things I want to do and figure out where to squeeze that. Yes, I know there are hours in the morning but I am not a morning person. I mean, yes, I do kind of enjoy when we get up at 7am and I can sit and drink coffee and wake up over the course of an hour but that doesn’t mean that I’m the type of person who jumps out of bed and can be ready to go run a mile or sit down and write 1000 words or draw something. My brain isn’t on. Can I process photos while drinking coffee? Yes. Easy. But I don’t always have photos to process. The time I can utilize would be weekends or during my lunch break.

So, here I am figuring out priorities for the next six months, until the time changes again and we switch back. I’ve definitely learned that with kids, everything is a season and it all changes from month to month, year to year, so I’m really trying to go with the flow. But it’s hard.

One thing I realized the other day was that I’ve put a mental block on where I create. I have this great space, the studio, but there’s a few things wrong with it at the moment. For one, it is too cluttered. I walk in the room and I feel overwhelmed about everything that I can do, so many projects!, and kind of shut down. I think about the things I should finish, feel guilty about the things sitting unfinished, and then think about everything I want to do—new projects! The space needs organizing, some clearing of projects, and some guilt associated with that to fly the coop. The other thing is that I just don’t have the time in this stage of life to dedicate to going over there. I think in the next year Forest will become more manageable about this sort of thing and I can take him over there to let him color while I work on things on weekends but until then, it isn’t a toddler safe space. Which means, I need to bring my creative stuff over to the house to work. So, I did. I grabbed some pencils and a sketchbook and brought them over. And I plan on trying to do that with other projects over the course of the next few months. Why I was limiting myself to where I could create, I have no idea. I crochet in the main house so why not do other things?

Below is going to be a brain dump of goals and ideas of what I want to prioritize. We’ll see where it leads!

+Blogging:
I absolutely love writing here at least once a week and would like to be here more. This might be where I shift my morning priorities because I might have enough brain power for blogging in the mornings. Every now and then I think about giving it up, so many bloggers have faded through the years, but I love looking back at my blog. It’s my personal journal of sorts.

+Art:
I really miss doing art. I used to dabble in various mediums and have never fully embraced one specific type—I always did like mixed media in high school art! This is one of my mental blocks about being in the studio—feeling like I had to be there to create art. It’s time to bring the art to me. Right now I’m just going to draw in a sketchbook but I have a small watercolor book that I also want to fill. No goals in mind, just make simple art for myself.

+Gardening:
I’d say the biggest chunk right now of my creative life would be gardening. Yes, gardening is creative! It’s essential for my mental health, getting outside and digging, even pulling weeds. Pulling weeds is meditative. Scoping for caterpillars and butterflies are something I need to see. Looking at the light in the evening soothes my soul.

+Photography:
I definitely have lulls where I don’t pick up my camera as often as I should. But it gets used frequently and I feel lost without it sometimes. I have times when I opt for the point and shoot method and other times when I want to document every tiny scene. I have an old SLR camera that was my grandfather’s that my mom gave me. I bought film over a year ago for it and I’ve never sat down to read the manual, to figure out how to use it. It’s been on my to-do list for far too long and it is time to move it up on the priority list.

+Reading:
Continue absorbing knowledge via audiobooks regularly and visually as able. If I ever feel lost, like I’m missing another piece of myself, it is because I’m not reading. Must read!

I guess those are my main priorities. There are several other creative pursuits I enjoy but they can easily be shuffled to other seasons or picked up when I find time. My problems is I enjoy a lot of different things creatively and want to dip into them all and that’s where I get lost in the weeds. I enjoy scrapbooking and would like to finish the book I started but I need to realize that having a modified scrapbook is what I need to do. Several years ago I printed out photos and just taped them into a journal and wrote something down. That is what I need to return to. Simple documentation. I get wrapped up in what I think I should be doing instead of what I want to be doing. I think cleaning up my studio will help with that. Sewing is another little item. I enjoy making little quilts (I mean, really basic blankets!) here and there but the last thing I need is another blanket in this house. And I have no desire to make clothes. Is it a square? I will sew that. But the pile of fabric I’m hanging onto needs to be pared down even more—I went through it about two years ago—and I could do a better job in organizing it. I have a t-shirt quilt that I started before we left Florida and I had the intention of finish it before Forest was born. It still isn’t finished. Should I just pack it away in a container until I *am* ready? Probably. It would reduce the clutter in my studio. I need to be ok with letting go of unfinished projects or those I’ve lost interest in.

So, in all of this I’m not sure what my real end goal was other than to get some of this outside of my head. Sometimes it is just easier to put it on paper so all of the things rattling around in my head can clear my brain, ya know?

What about you? Are you like me with a million ideas and no idea where to focus them? What are your creative goals?