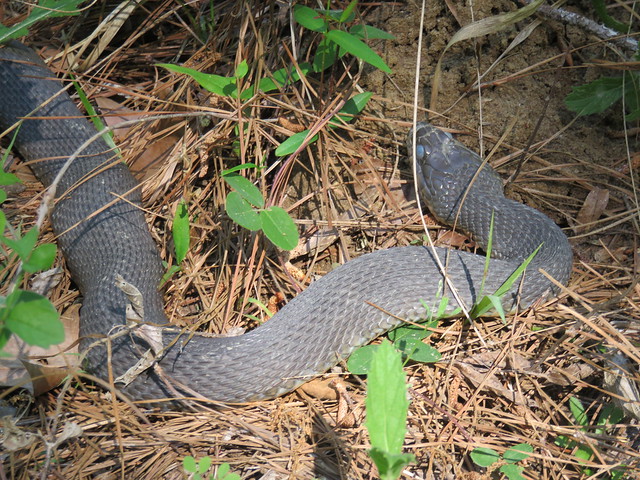 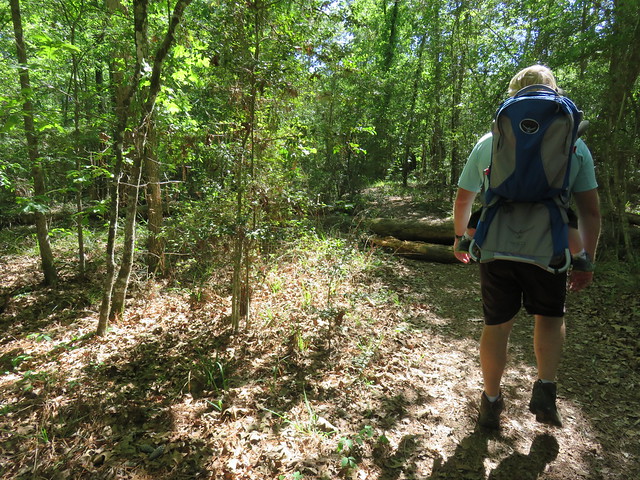 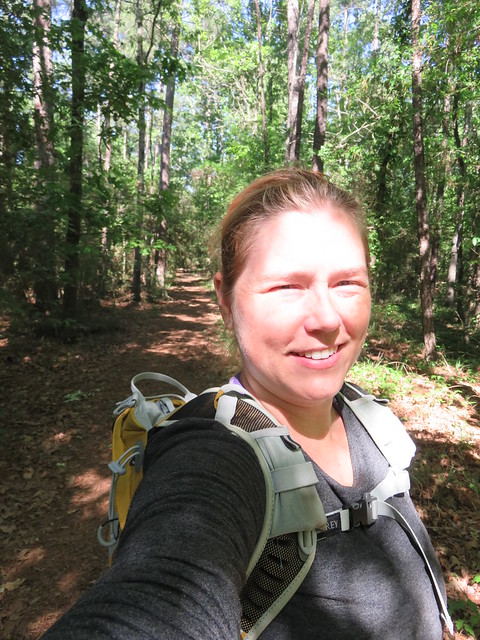 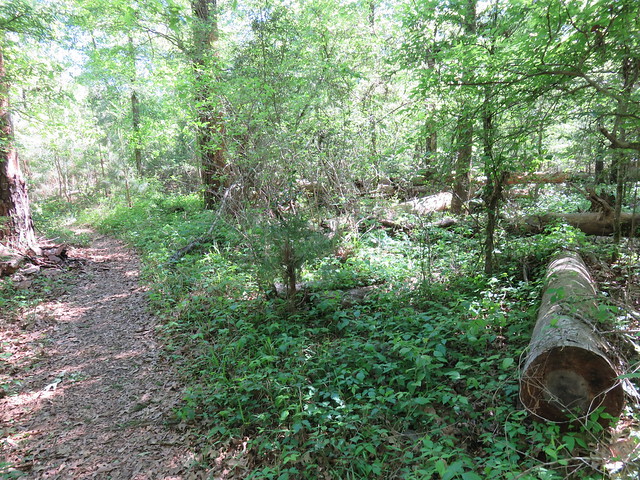 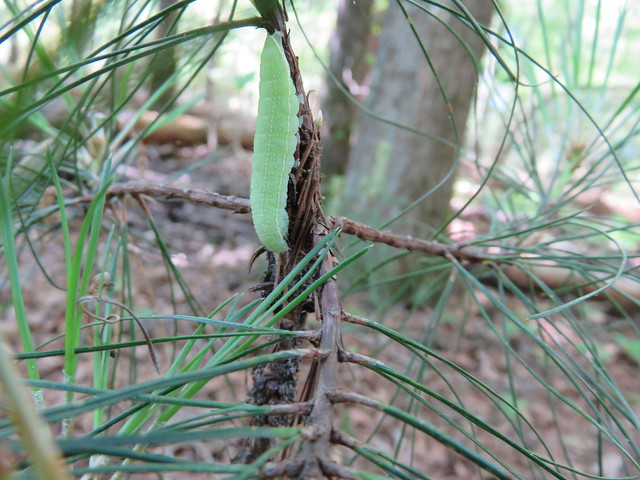 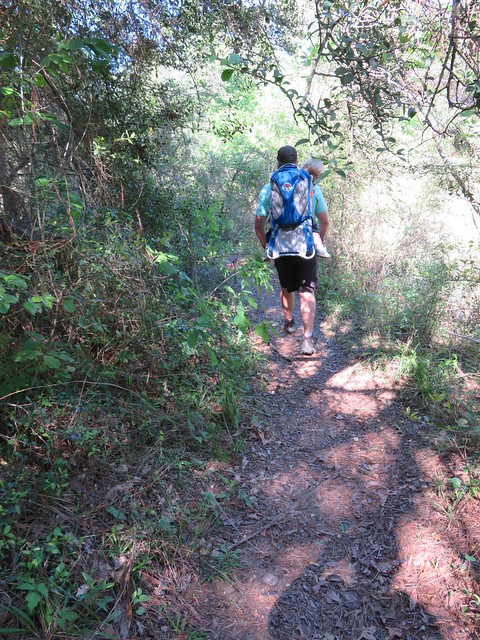 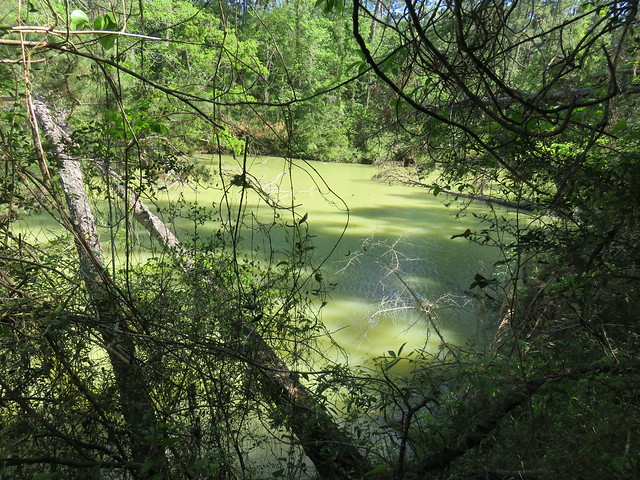 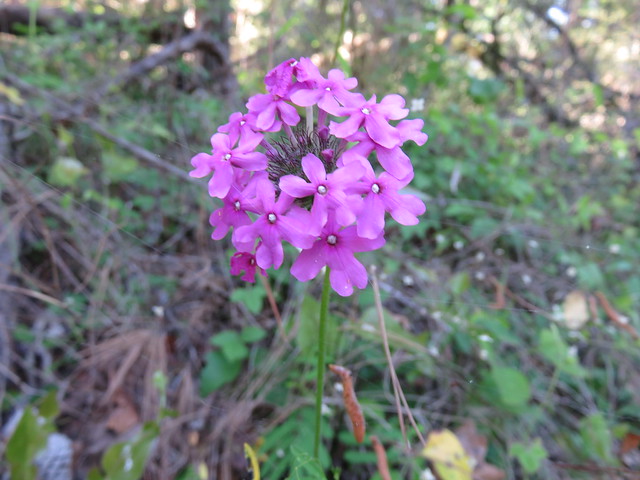 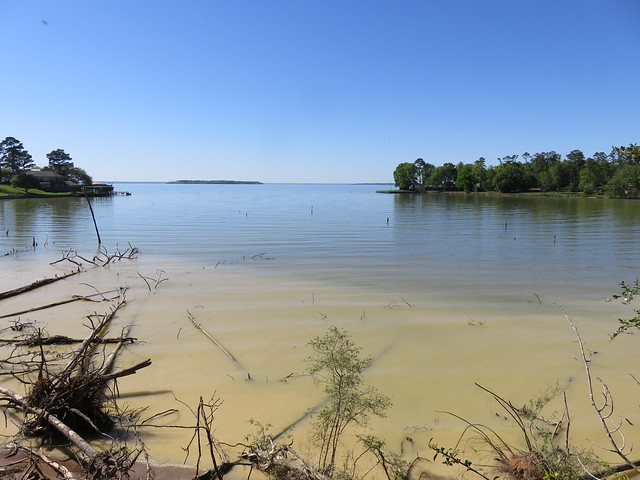 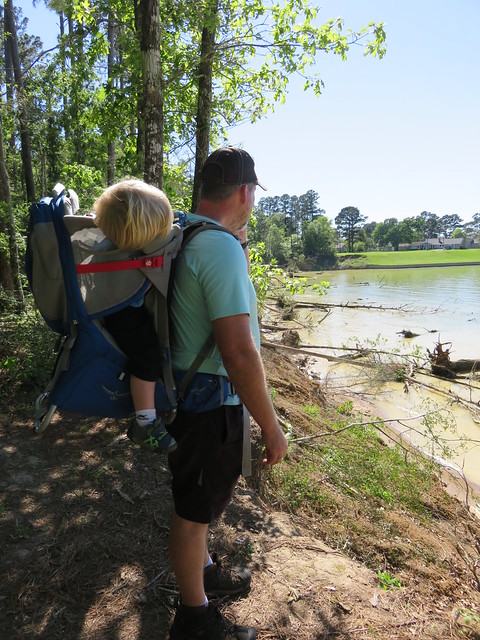 The Trinity Trace Trail meanders from the Pin Oak camping loop on the north end of the park down to the south end of the park, beyond the Hercules Club camping loop. We hiked only on the portion that began between the Piney Shores and Yaupon loops, heading south. I had been on this section before with Keely but I couldn’t remember everything about the loop. In particular, I’d forgotten about the bridge being out and the inability to complete the loop on the southern end.

On our way out, behind the Hercules Club camping loop we passed a group of scouts heading north, appearing to go pick up trash. No one else was heading the direction we went and as we carefully passed over a decrepit bridge crossing a creek channel Chris mentioned casually, “Snake!” I had passed last across the bridge so I wasn’t even aware of where he was talking about and I jumped. We paused for a few minutes to take photos and kept on down the trail. As we walked it became evident that not many people went this direction; the trail was overgrown and we were knocking down spider webs. It was a little weird that no one ventured this direction.

Forest fell asleep not long after and we continued on quietly, looking at the overgrown woods, ambling over downed trees, and avoiding the poison ivy reaching out for our legs. Once we reached the lake we became unsure of where we needed to go. We’d missed the downed bridge on the map when we passed it so we were unaware of where exactly we were on the map, only noticing it when we backtracked our steps.

Quietly we returned the way we came, letting Forest continue sleeping as we headed back for camp. The snake was gone when we returned.