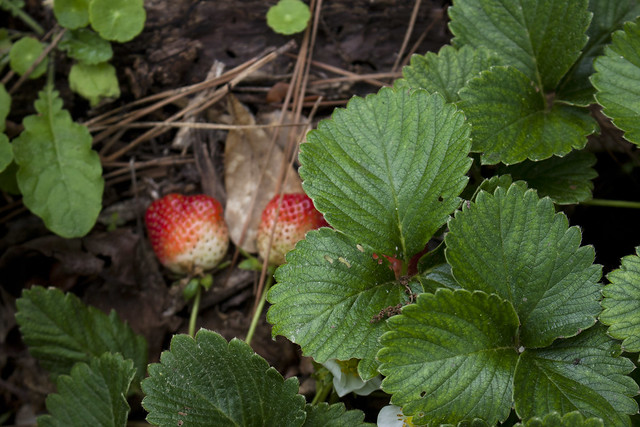 We’ve been gorging outselves on strawberries the last two months. The season is slowing, coming to an end and it will be back to cartons of grocery store strawberries soon. I had hoped to make some jam with our strawberries but they haven’t lasted long enough to get that far—someone eats them before they can make it to jam! I will likely end up making some jam from store bought berries eventually. It just sounds good! 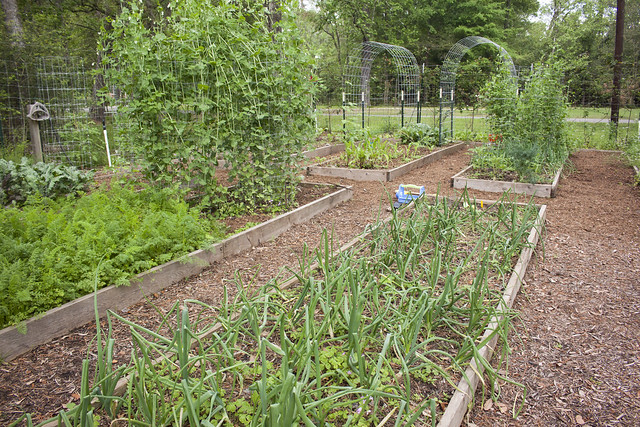 The addition of the arches at the back of the garden has really helped the garden structurally—it looks a little more formal and enticing to enter. The arches were necessary for beans and other climbing plants because we can’t fully utilize the outside fencing due to the deer. The placement of non-tasty plants to deer need to go on the outside and those certainly aren’t beans or squash! 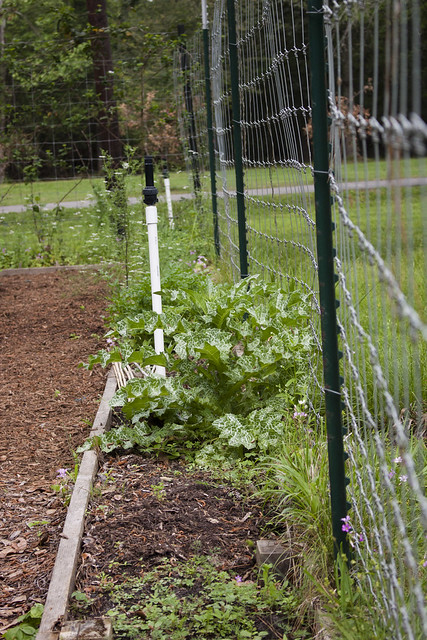 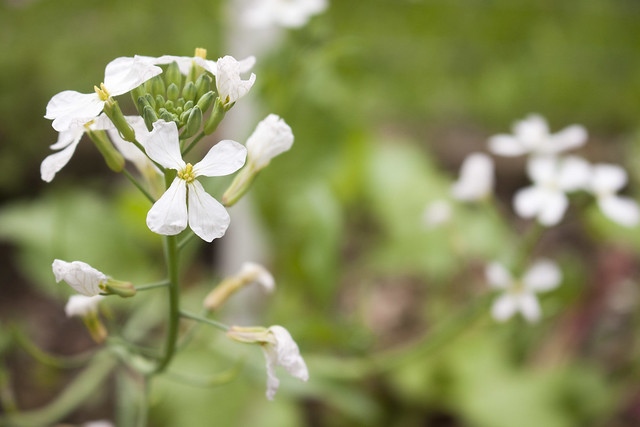 I’ve let the radishes flower, both for the bees and other pollinators as well as for myself, to collect seeds. I’ve never done this before so it will be a new experiment for me. I’m still pulling radishes to eat sometimes, so we will see if any make it to the seed collection phase. A few pods are already starting to form on a couple of plants. 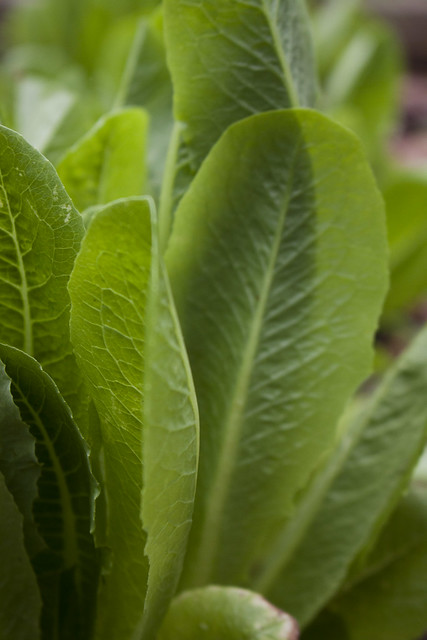 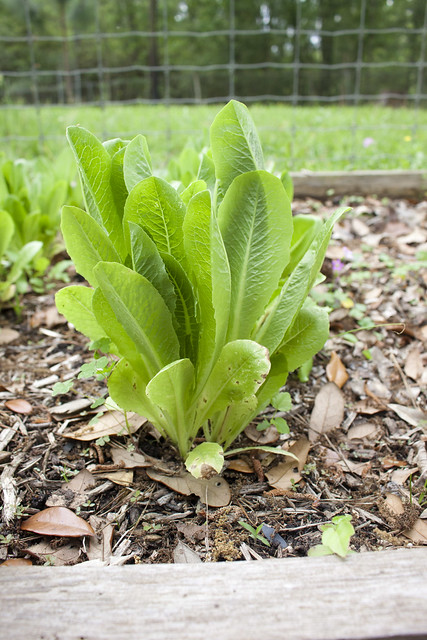 The Parris Island Cos lettuce is a new favorite for me. The plants are maturing well and I’ve been including them in salads I’m picking at the beginning of the week and eating off of throughout the remainder of the week. I will definitely be saving seed from this lettuce! I haven’t liked some of the other lettuce mixes we’ve had in the past, too bitter or spicy, but this lettuce is very tasty! 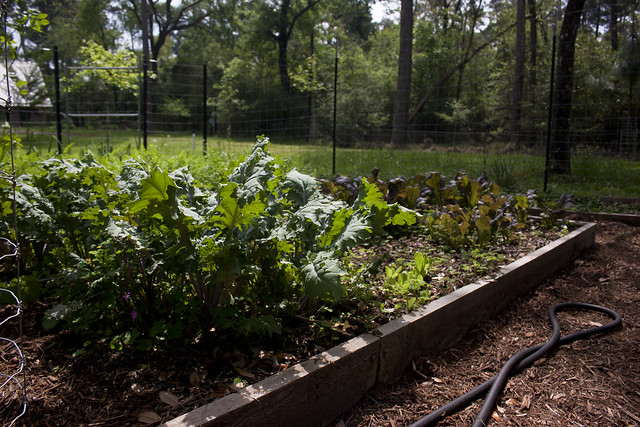 The kale and red giant mustard is going strong in this particular bed. I sowed more kale in front of the blackberries and those are coming in well now, too. 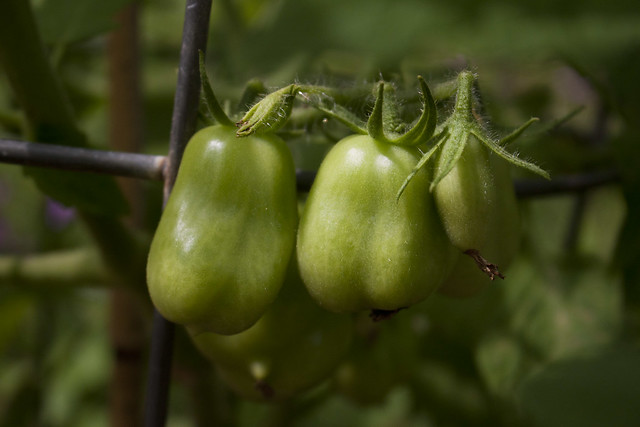 Roma tomatoes! Both Roma plants have tomatoes on them and a few other tomatoes have fruits, too. I can’t wait for them to ripen! 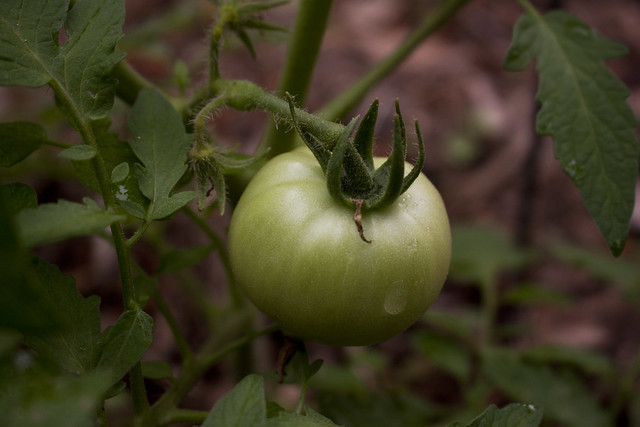 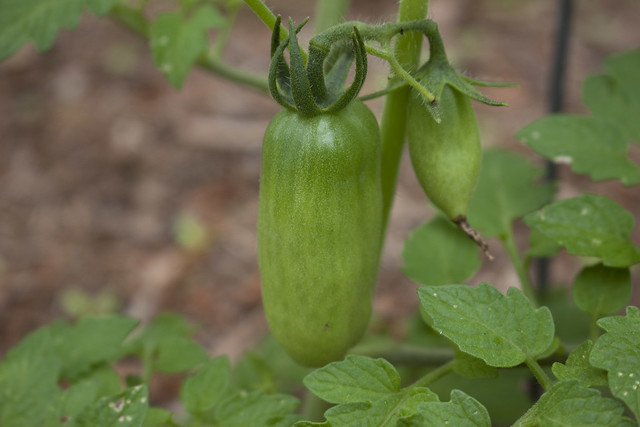 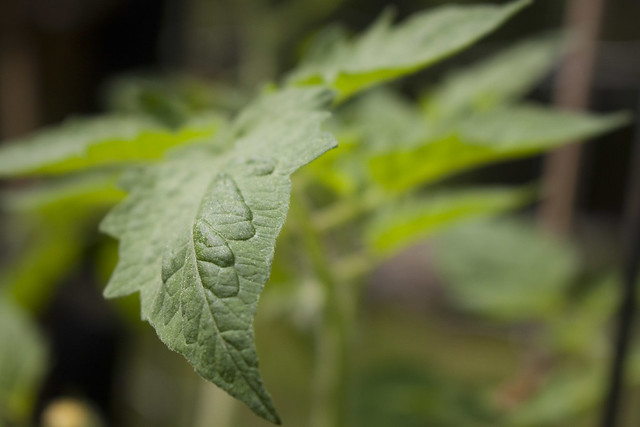 I might be savoring the smell of tomato leaves these days… 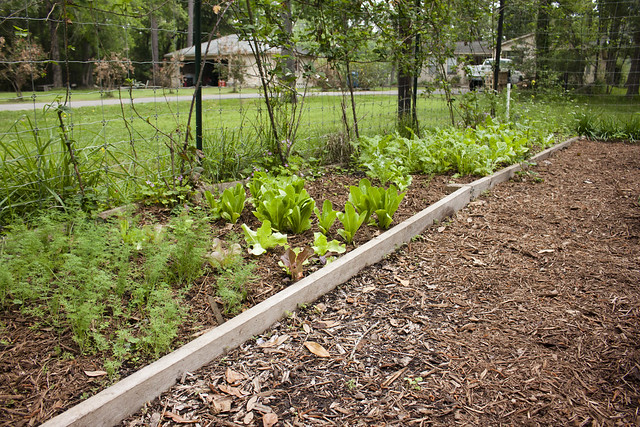 The area in front of the blackberries, sown with various greens and a big patch of dill. 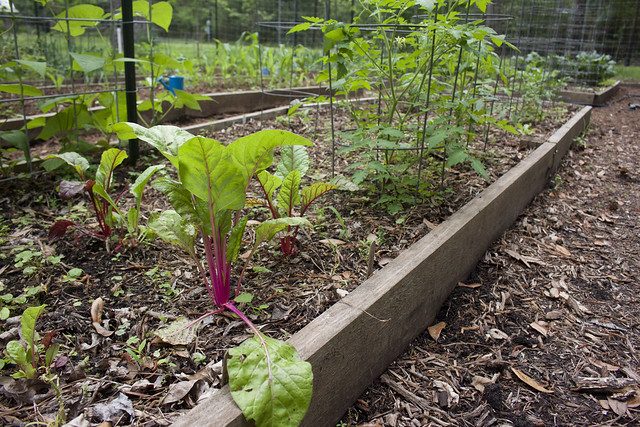 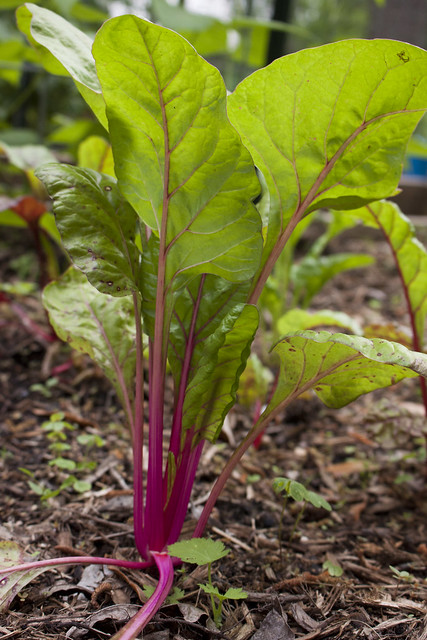 Replanted swiss chard that is now taking off. I’m hoping it will last the summer. 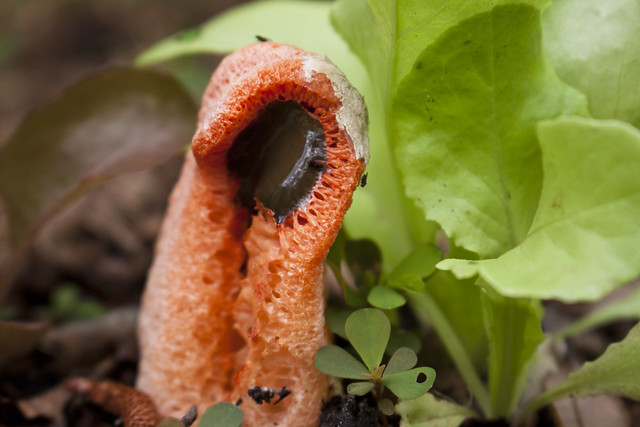 This Clathrus columnatus fungus popped up after a recent rain and I was intrigued by the brown goo in the middle. I don’t think I’ve seen that in other ones in the yard before, or maybe they were gone before I saw them. Anyway, this is the gleba, the part of the fungus that holds the spore mass. I had to look that one up! 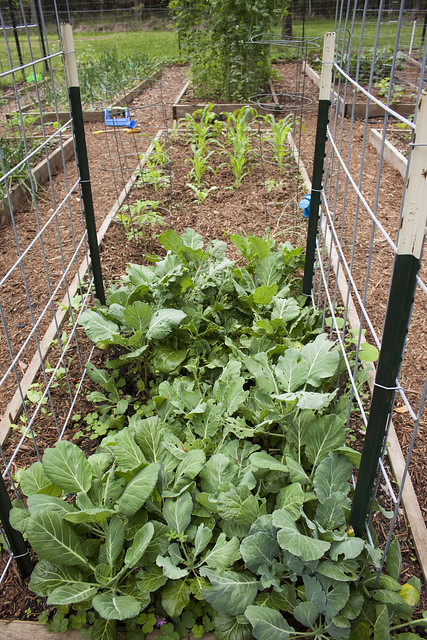 The collards are hanging in there between the arches. 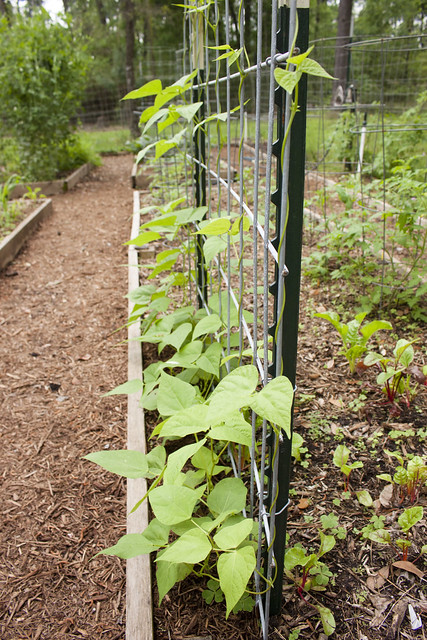 And the Kentucky Wonder beans are reaching for the skies, with flowers now opening and beans on the horizon. 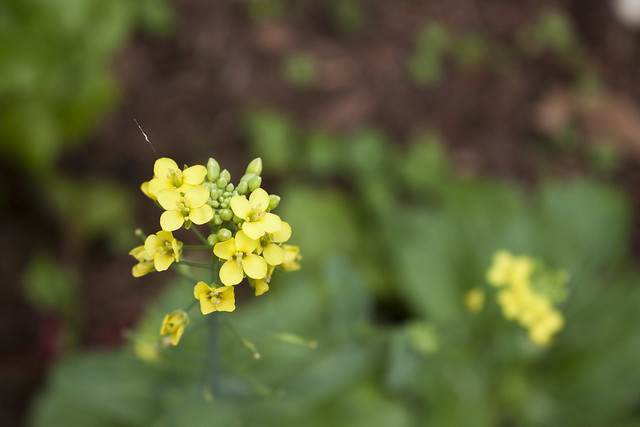 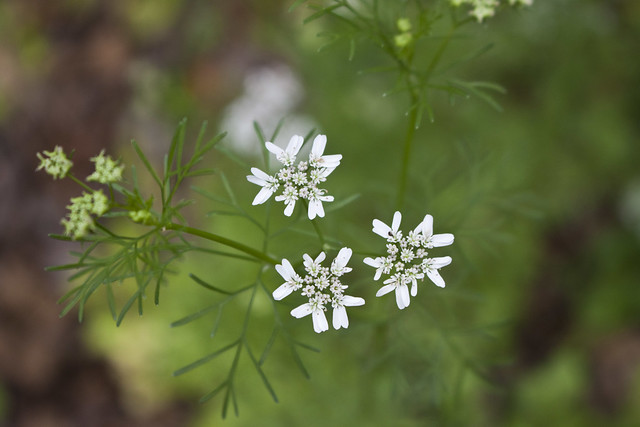 The last remaining bok choy has bolted as have all of the cilantro. Sweet, sweet, cilantro—your season is too short! 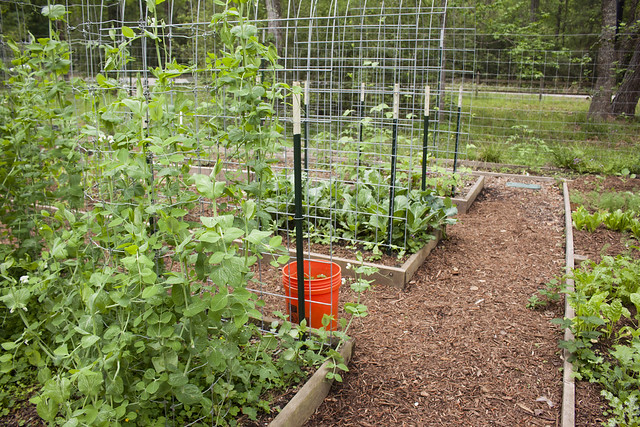 This photo is at least two weeks old here and the snap peas in the front of the photos are already at the top of the cage and trying to reach higher. 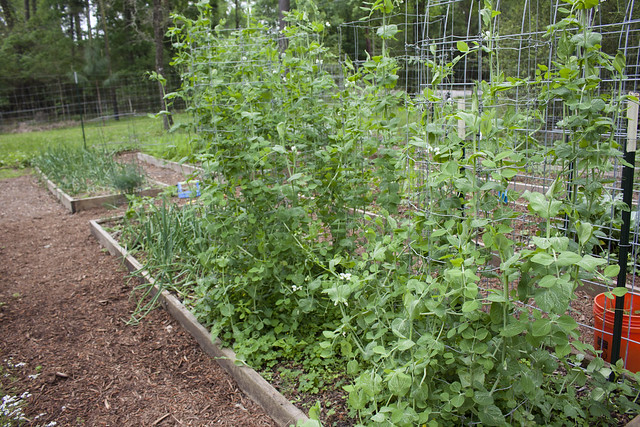 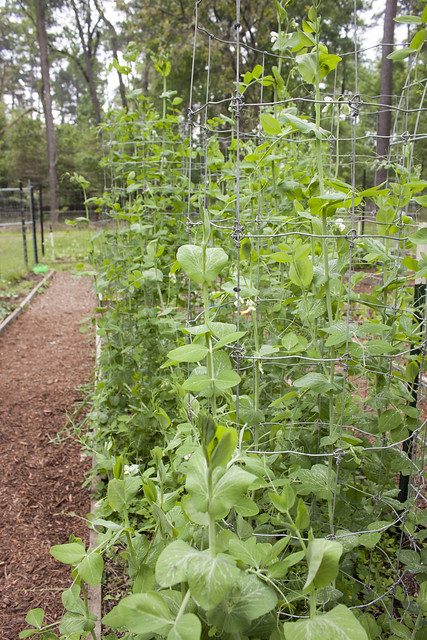 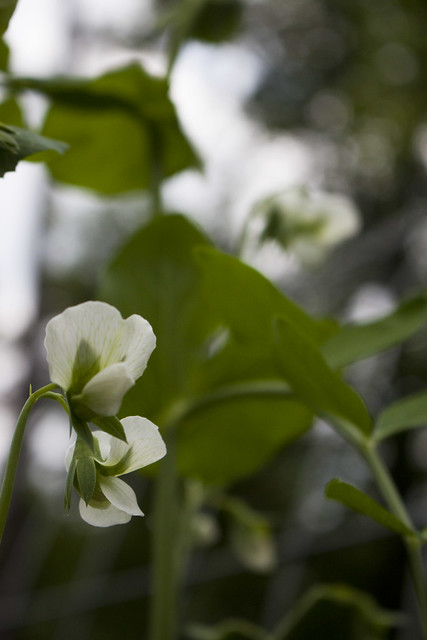 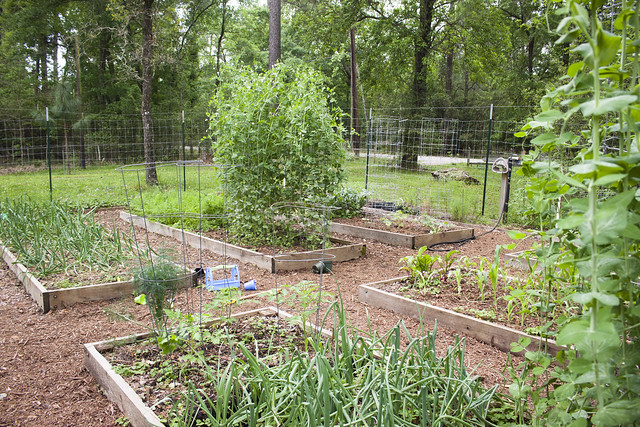 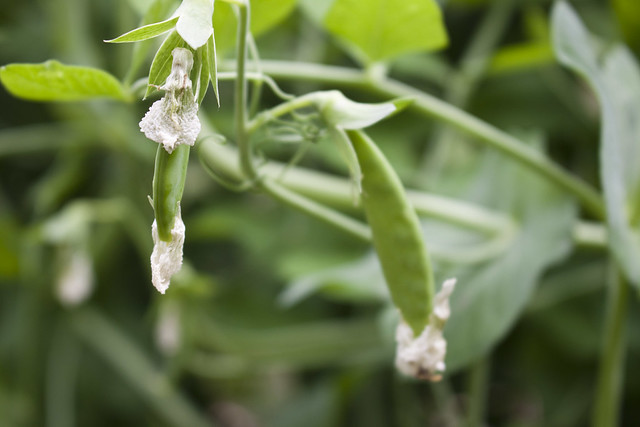 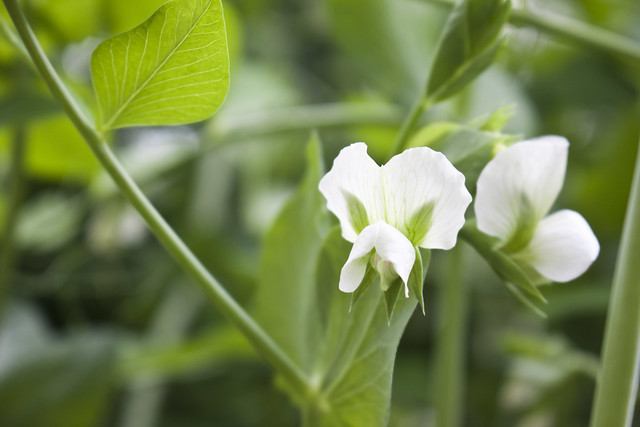 We need a little more mulch in the vegetable garden and I’ve been trying to pull weeds as I see them. Compost needs to be put on the leeks, to fill in their trench. There are little chores here and there that need to happen. Soon it will be time to pull the peas and plant beans and cowpeas, squashes and zucchini, then okra and melons and pumpkins.