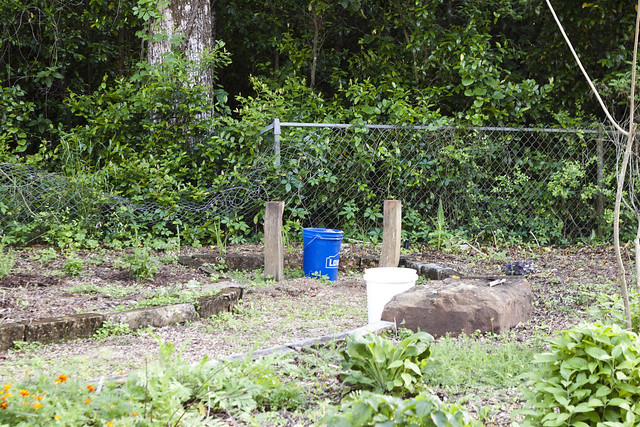 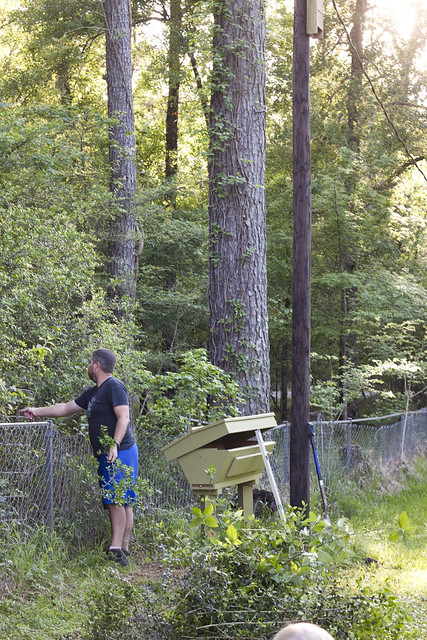 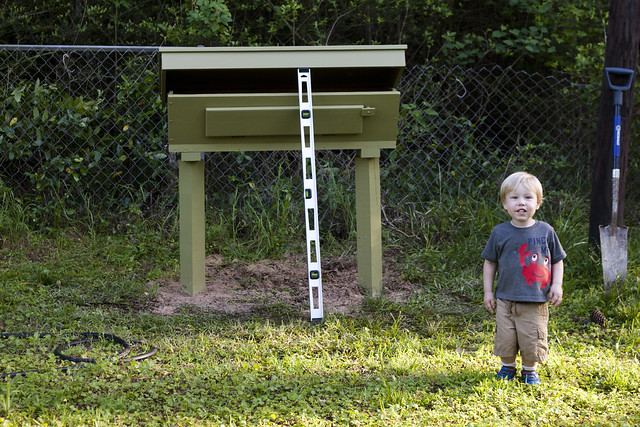 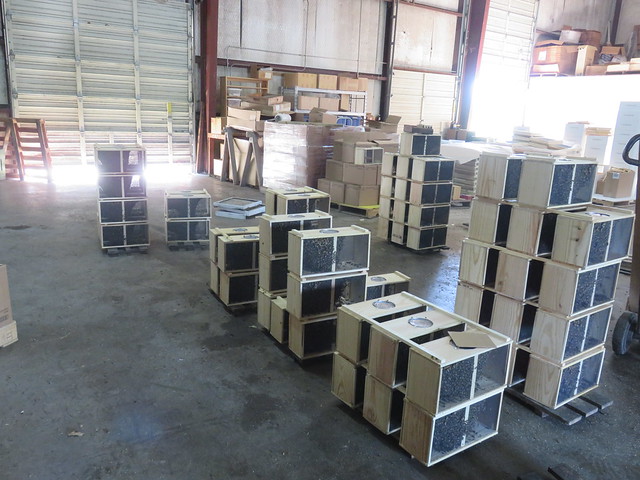 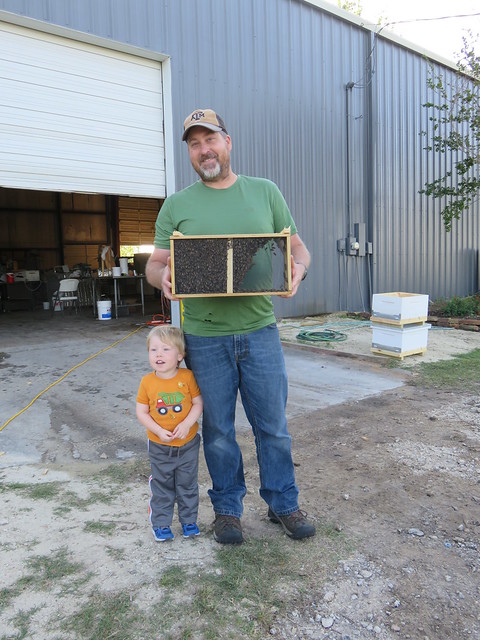 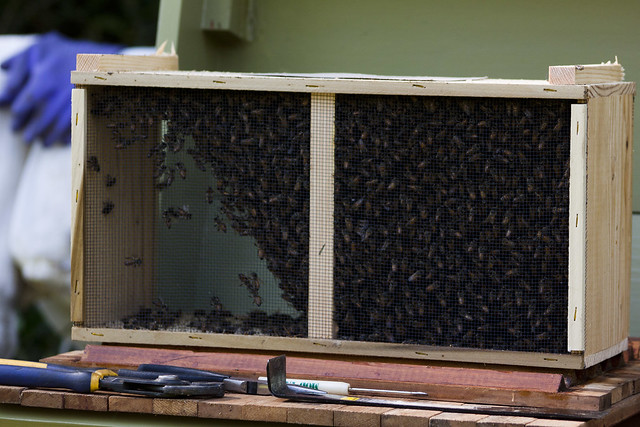 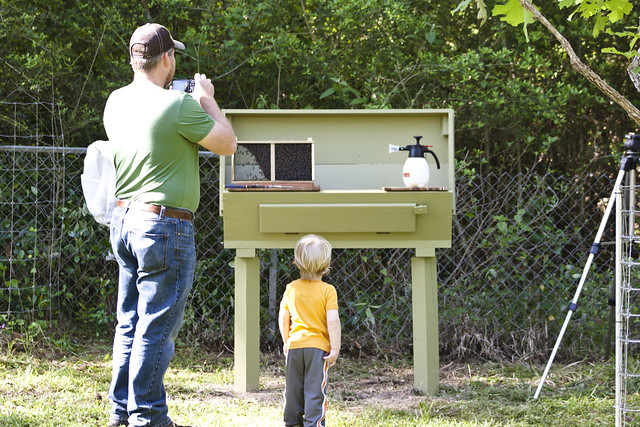 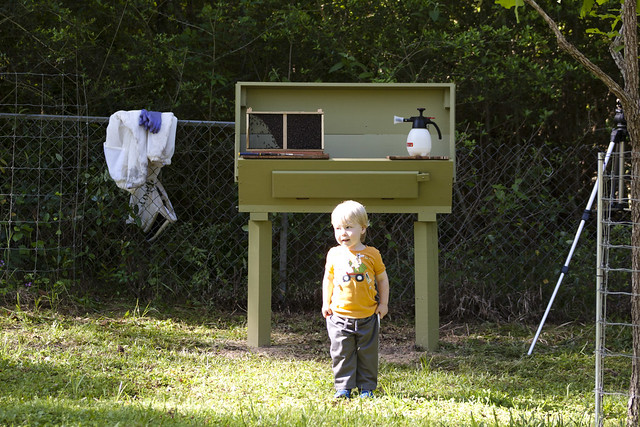 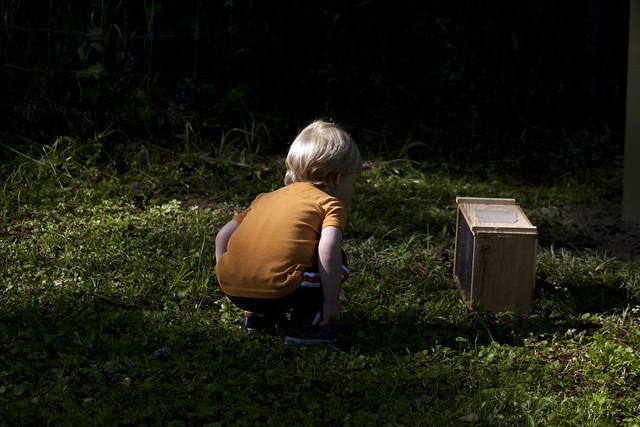 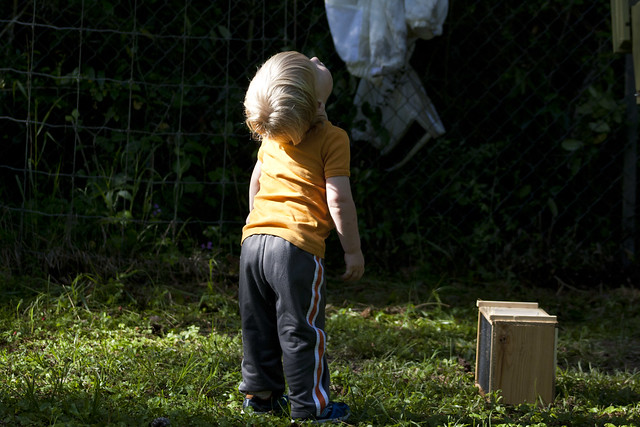 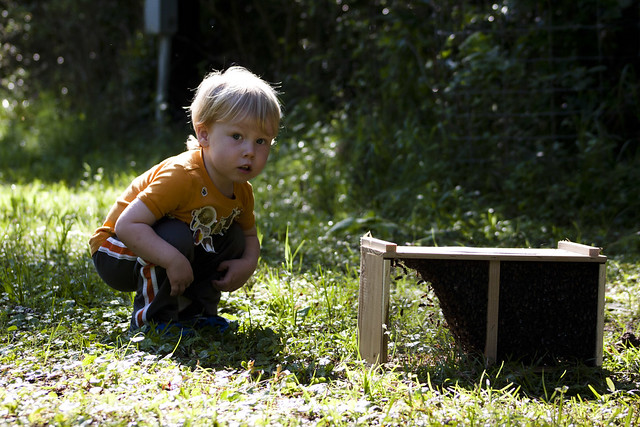 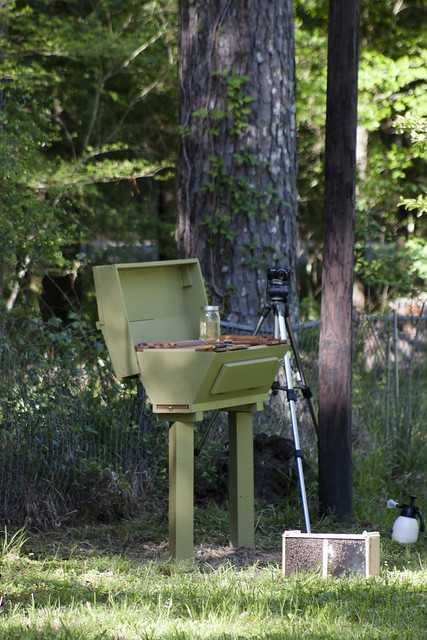 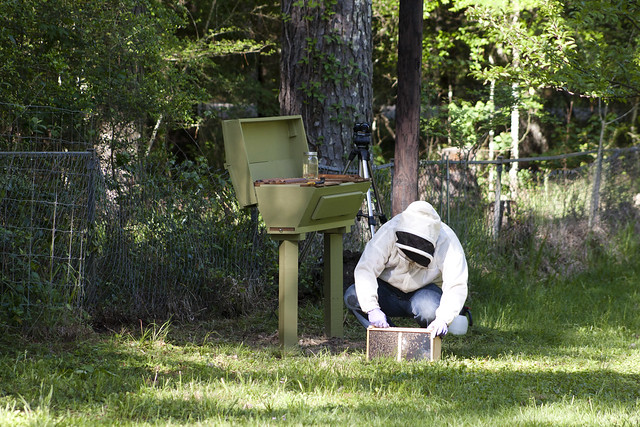 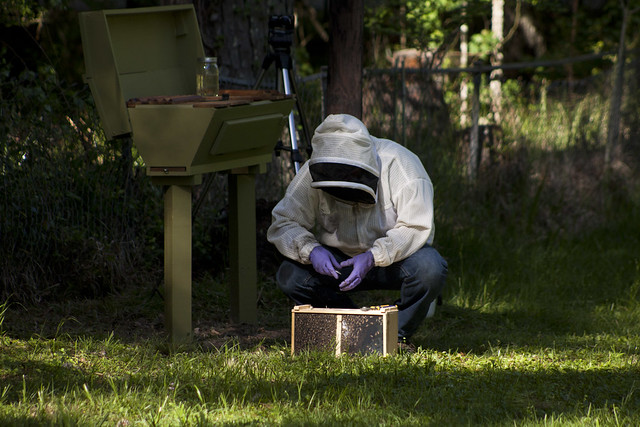 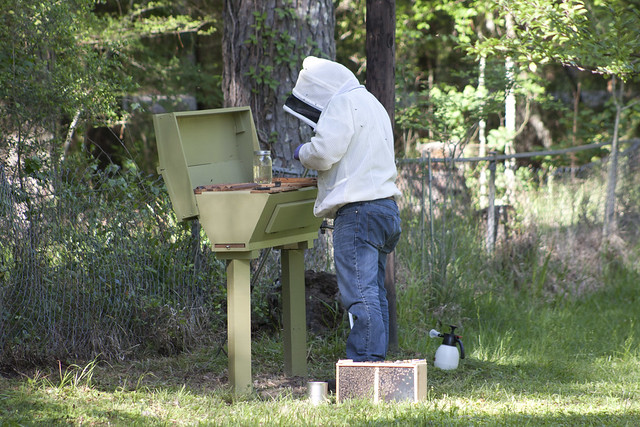 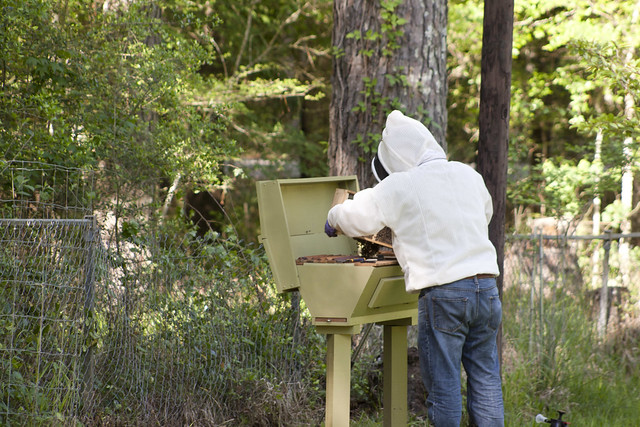 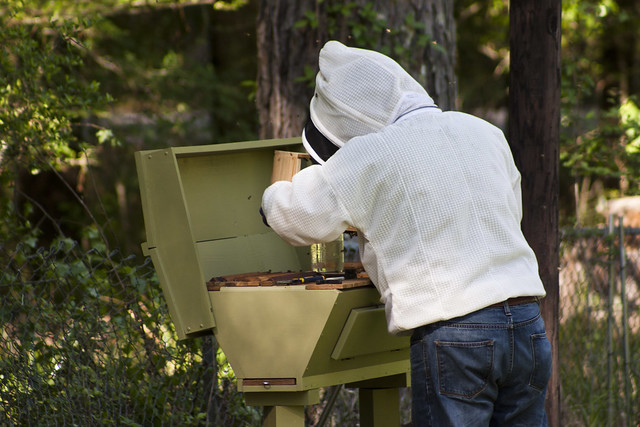 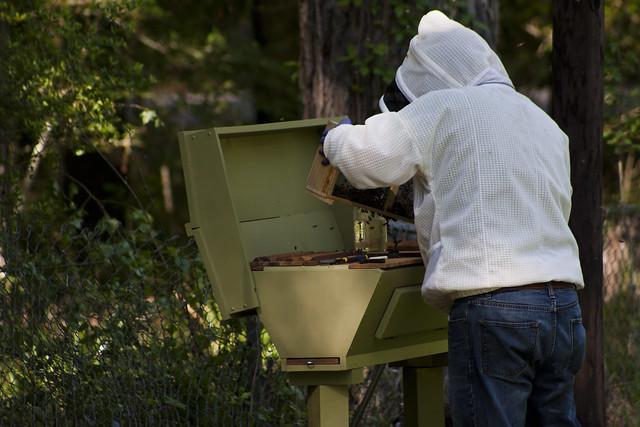 Four years ago we brought our first package of bees home to the hive and they thrived for three years, more or less, until last year’s rainy mess of a spring and a hive beetle infestation took over the hive. Since then the hive sat unused, other than for the odd roach and other insect, in the flower garden. While the hive was an interesting aspect to the flower garden, after tending to the bees there for so long I really began to re-think where the hive should be located. It was frustrating for me not to be able to enjoy the garden to its fullest while having to think of bees—not only for myself but for guests and especially for Forest.

Over the last year I brainstormed a variety of places we could move the hive before Chris ordered more bees. And through many discussions and frustrations we finally settled on moving the hive to a grassy area along the fenceline, adjacent to our driveway. It’s more out of the way from daily activities but it is easy to access and we can still pop in to check on how the bees are doing. I’m much more happy with this location and hopefully they will thrive there.

Bee day round 2 came a week ago and the three of us drove over to Navasota to pick up a fresh package to try this bee keeping thing once again. Forest enjoyed scoping the bees out before Chris installed the bees into the hive. Chris had to go out of town a few days later so it was up to me to check on the bees, replacing their sugar water and keeping track of them building new comb in a straight manner. It isn’t my favorite thing to do now because I’ve become more uneasy since getting stung between my eye and nose a few years ago, but I’ve managed to do it without too much anxiety. I mean, I have a suit on and all but still—a little nervous there!

So far they have settled in well and we’ve seen them flying around the yard, gathering pollen and doing their job pollinating the plants. Chris said he’d noticed a decrease in honeybees in the yard since we stopped keeping them over the last year. Sure we have some native bees hovering in and out but after I thought about it, he was definitely right. Hopefully we will get a new batch of honey later this summer. I still need to get around to making mead with the honey we have in our pantry from the last time Chris harvested comb!

More talk about bees on my blog here.