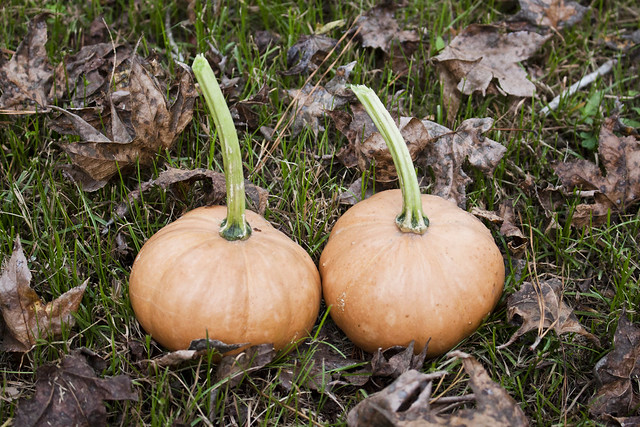 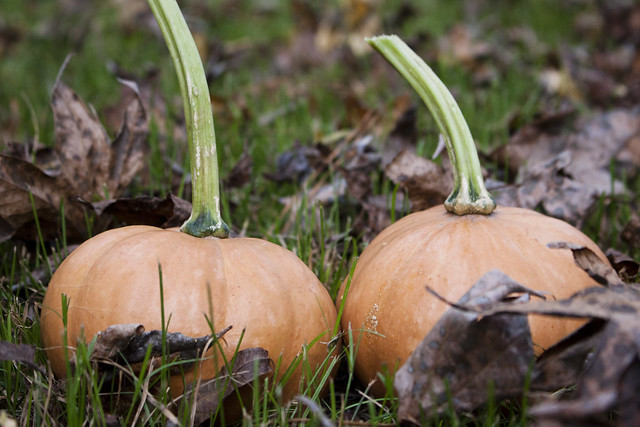 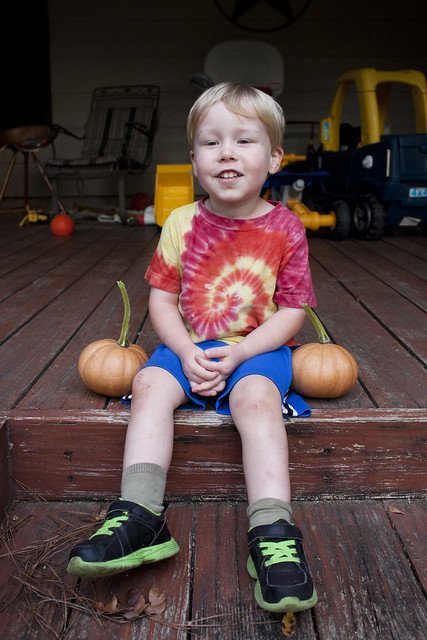 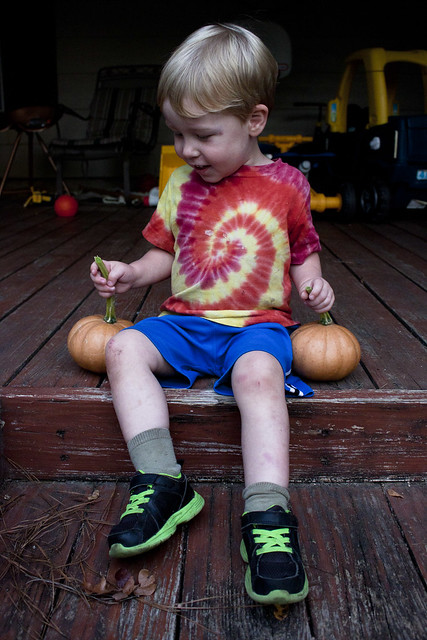 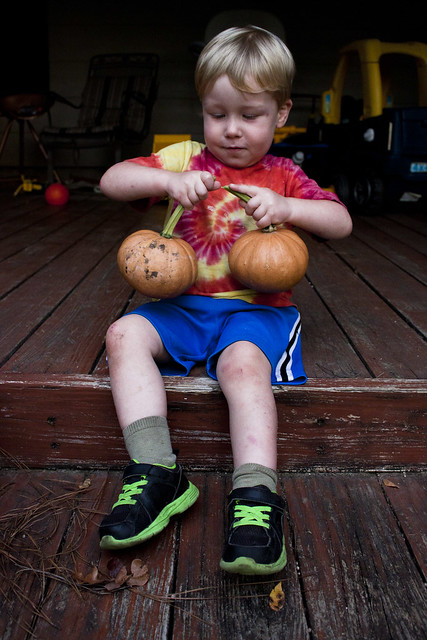 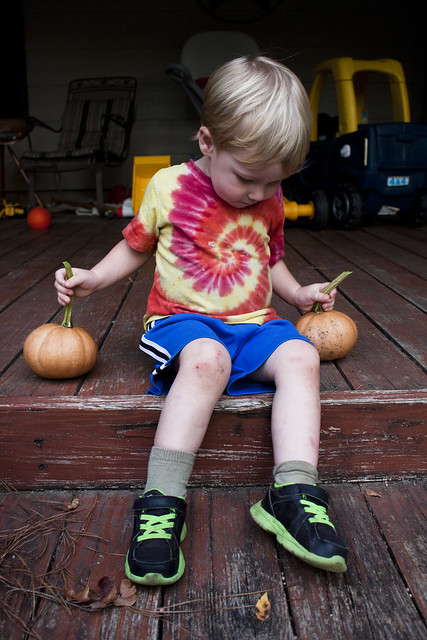 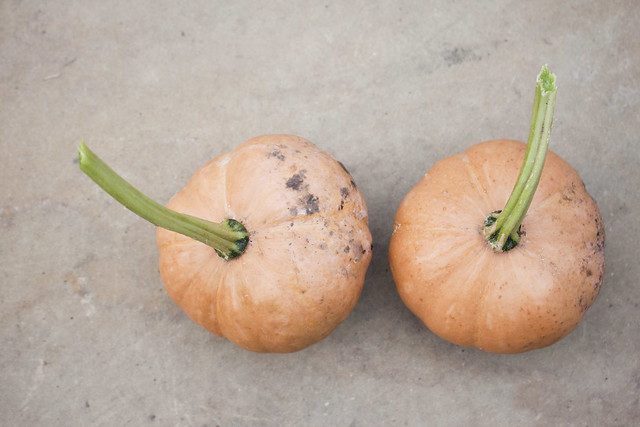 These two pumpkins have been orange for several weeks now. I had done some reading about when to harvest pumpkins earlier this summer when I knew that the vines were setting fruit but I had to take a dive back into my reading to verify myself about the proper time to harvest. Being as this was my first experience successfully growing pumpkins, I wanted to be sure. So, I took Forest to the garden with me and we cut the pumpkins off the vines—me with my garden clippers, Forest with his Handy Manny saw.

Now that I’ve had some pumpkin success, not without a scare from Harvey’s flood waters, I’m tempted to try another variety or two next summer. I had to dig back into my archives to remember when I sowed the vines, but it looks like early June was when things happened this year. I think I’ll try that time period once again next year as *crossing fingers* the squash vine borers seemed to have been less problematic later in the summer than they are in the spring. Or maybe it was that the Seminole pumpkin vine was just good at standing up to the bugs!

On the agenda this weekend is to make a batch of pumpkin butter with these two pumpkins. All of my research says that home canning pumpkin butter is a no-go so I found that freezer recipe from Ball. I made pumpkin butter maybe two or three—was it four???—years ago. I can’t remember if Forest was around yet or not. I remember it molding pretty fast in the fridge, mostly because I had too much in a jar and couldn’t get through it fast enough. This time around I’ll do half-pint jars and only keep a small amount in the fridge at a time.

This weekend I plan on trying to catch up on some photos I’ve taken over the last few weeks and maybe getting some posts written up for later this week. I write in my head all of the time I just never have the energy or time (hello, bedtime stalling from a certain preschooler) in the evenings to get much done.