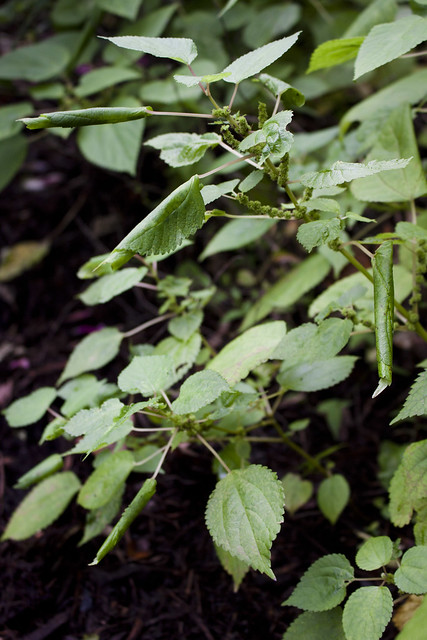 Leaf rollers on my false nettle. I ruled out the three species that are known to use this plant so I’ve got an unidentified caterpillar using the plant! 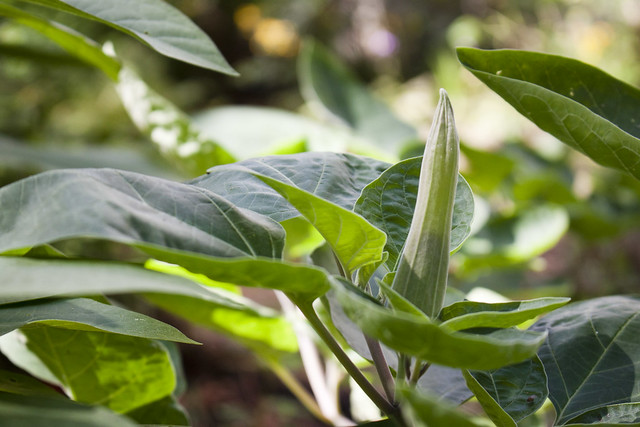 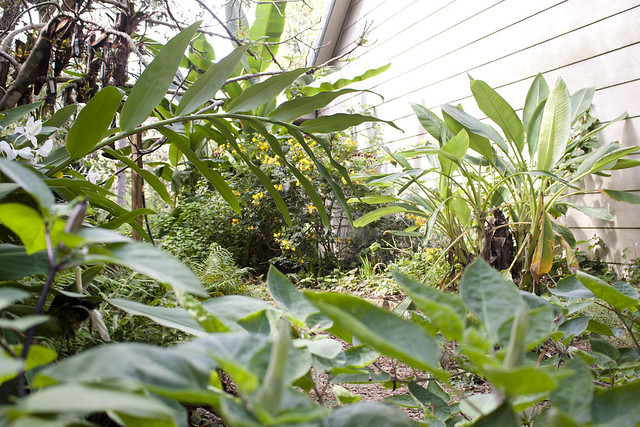 I feel like, no, I know, I did not take nearly as many photos this month of the garden. I’ve been out there fairly frequently but have never brought along the camera for extended periods of time to document anything. I know last month I mentioned being ready for things to slow down outside just a bit, and they certainly are. Weeds are finally not germinating nearly as much and I’ve been making slow but steady progress on getting mulch down on the edible garden path. 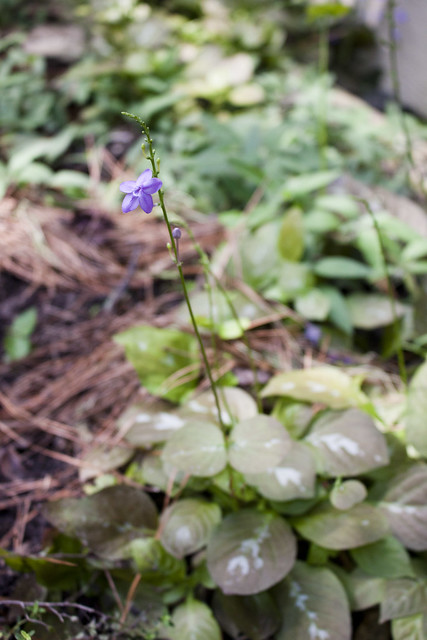 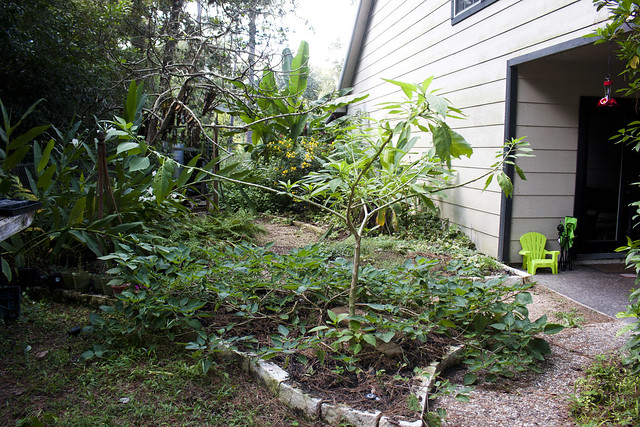 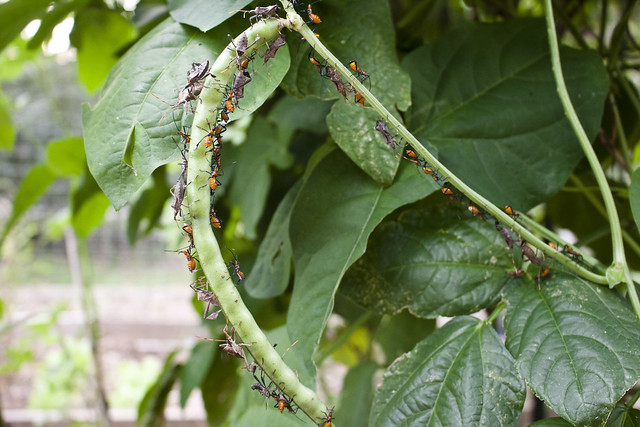 Before I took down the cowpeas—will not grow this variety again, they did not produce well at all.

The mulch is coming from a now empty lot catty corner to our house. There used to be a house there until March of 2015 when it burned down. I can’t remember if I wrote about that or not, but Chris had gone to work a little early that day and Forest and I were still asleep and just waking up around 7am when I recall smelling bacon and eggs. I just figured my mind was playing tricks on me and didn’t think much of it. We went downstairs and I began getting Forest ready for daycare and on my way back up I peered out the porthole window in the stairwell and saw the house across the street burning down! 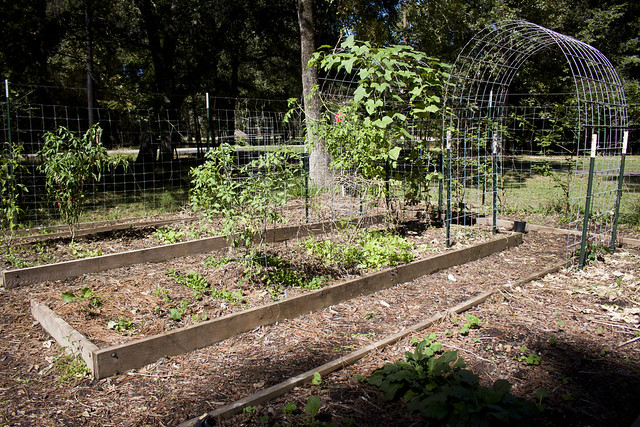 The beds are much fuller now! 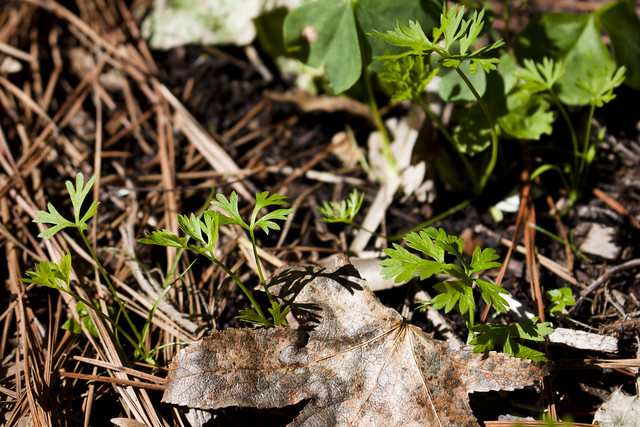 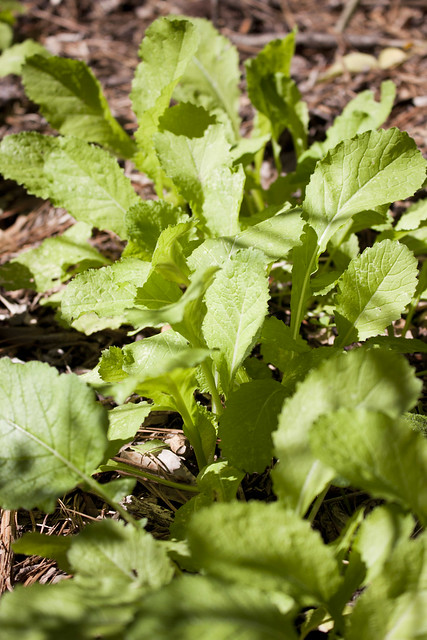 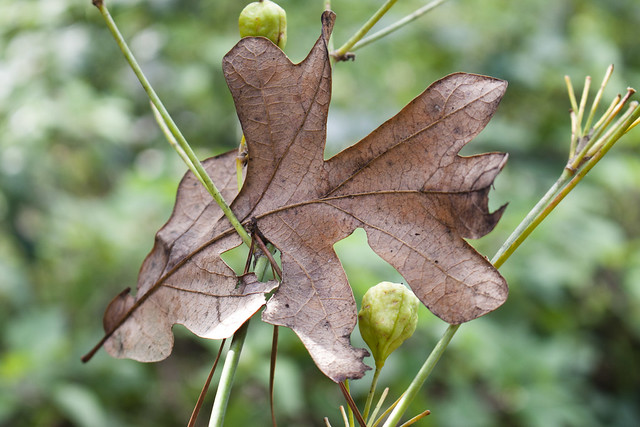 There was a truck in front of the house and I could see traffic beginning to scope things out so I didn’t bother calling the 911 because I knew our small community cops were likely already on their way. Instead I called my neighbor who lived directly across the street from the house and then called Chris. He came back home to make sure no one needed help with anything and then we went back to work. Thankfully no one was home but we did find out it was intentionally set and was drug related. Yeahhhh. Anyway, the city now owns the lot—it regularly flooded and they didn’t want anyone building on it again—and the lot has been used as a debris dumping area for when they do brush or tree removal around the city. Just so you understand, by city, under a typical circumstance this city would qualify as any kind of large subdivision development, so it isn’t a city in what you would typically think of. In fact we have zero commercial services within the bounds of the city—no gas stations, no shops, nada! Just homes. 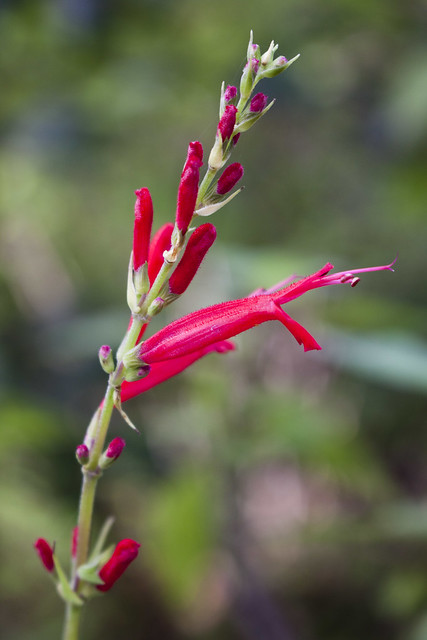 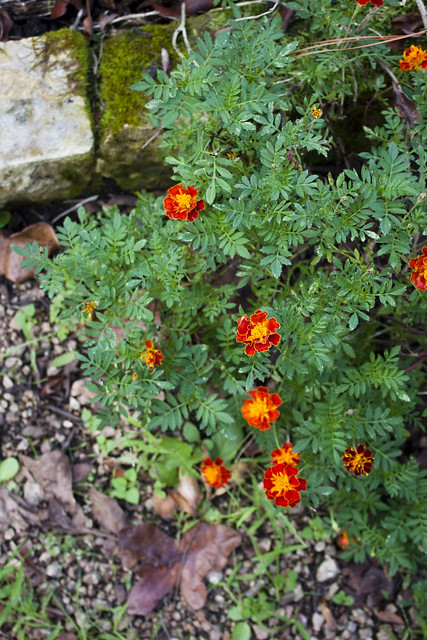 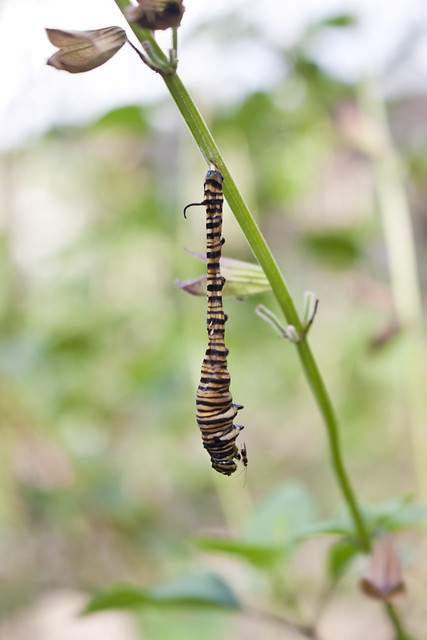 Sometimes it sucks in the garden. 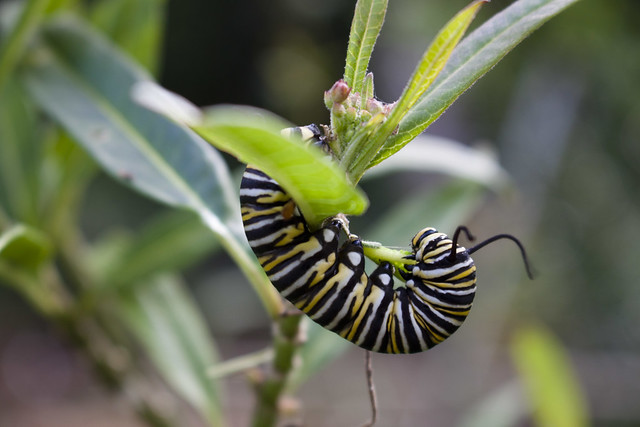 Anyway, that pile of debris eventually got shredded last winter/early spring and has been sitting there for awhile. I asked Chris if he thought it was worth using for mulch on the paths and he thought it was fine so I called the city office up to make sure it was kosher with them and I’ve been wheelbarrowing mulch to the garden by the loadful at lunch the last week or so. I have a couple of areas to still work on removing weeds and cleaning up the leaf litter that had piled up but I’m hoping I can wrap it all up this weekend or early next week. Then, the garden will look a little nicer as we head into winter. 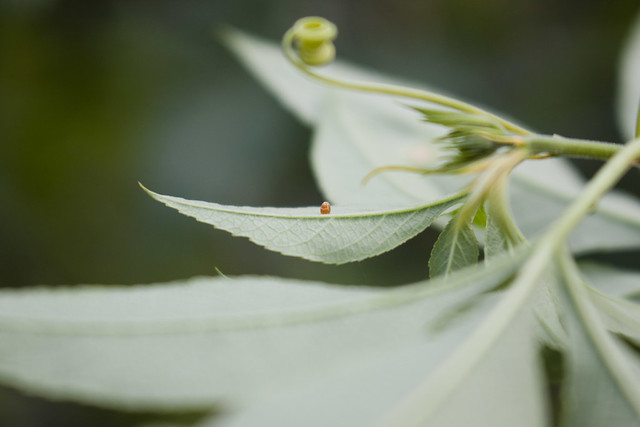 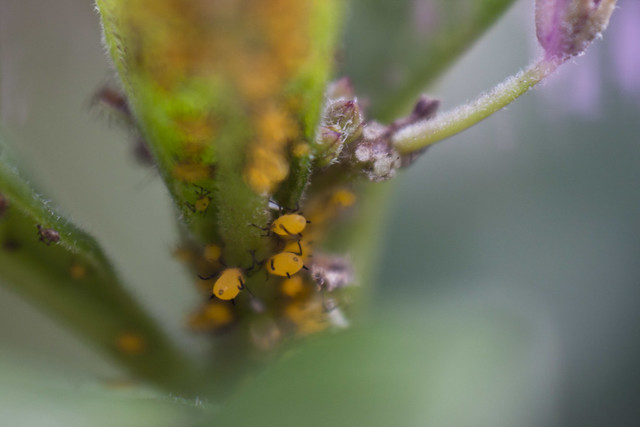 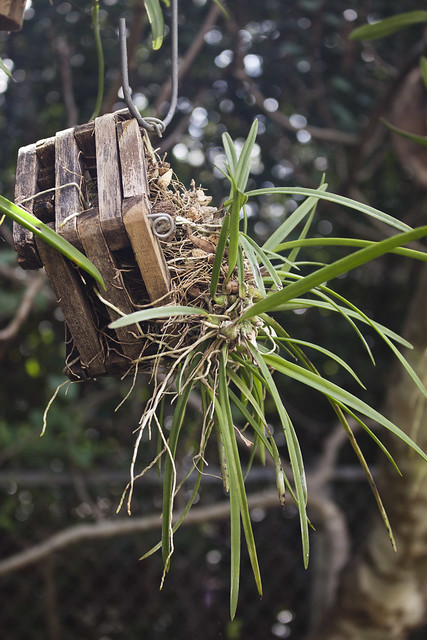 Speaking of winter, we may get a frost tomorrow night. It looks like it will get into the mid-30s here so we will be shuffling some plants in that will not enjoy that temperature. I brought the remaining monarch chrysalises inside to stay warm and took cuttings of my variegated Cuban oregano as well as made additional tropical milkweed cuttings. A lot of the plants on the potting bench that will need a little protection got shuffled under the chairs on the porch tonight and will be fine there at those temperatures. I’m kind of curious to see what gets hit back this weekend. We shall see! 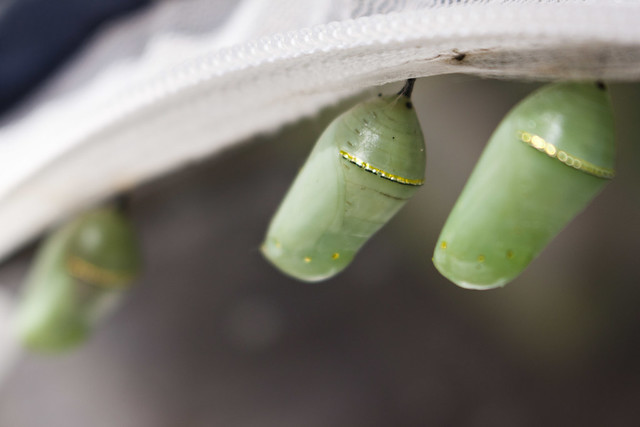 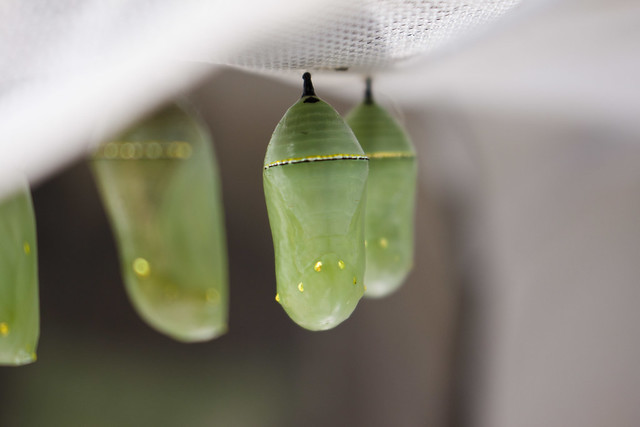 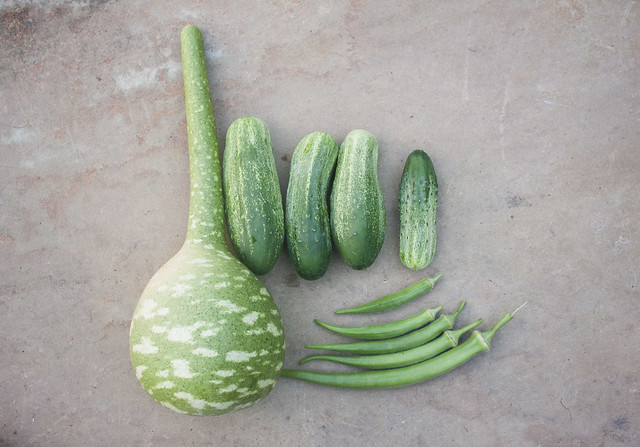 It’s about time I start going through our seeds again and re-cataloging them and even looking to see what tomatoes I want to start in December. It’s never too early to plan for spring gardening—-February will be here before we know it!