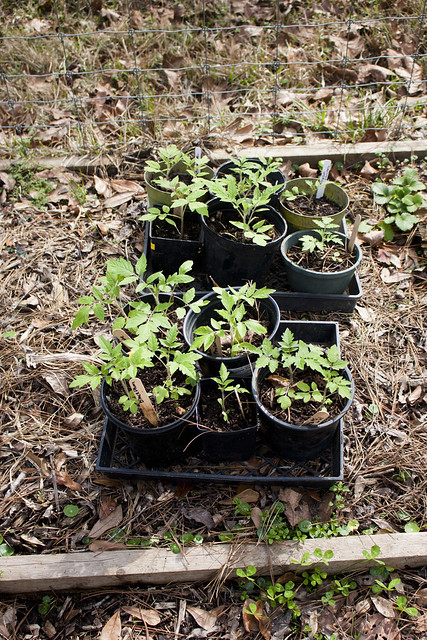 I’d like to throttle whomever put up the forecast on Weather Underground yesterday. Every time I looked, the temperatures were in the high 60s or low 70s for the next forseeable future. This morning I dressed Forest in shorts and a t-shirt and even felt how warm it was when I sent Chris and Forest off. Thirty minutes later I was out the door and enjoying the balmy morning and then ten minutes later I opened the car door to get out at work and wondered if I’d entered a different world. It was at least 15* cooler! That was not what Weather Underground said was going to happen today! I felt bad for Forest but then I picked him up this evening and saw other kids in shorts so apparently it wasn’t just me with a colossal failure!

Meanwhile, the tomatoes are chilling out in the garden waiting to be planted. Earlier this week I thought I might put them in the ground next week but I’ll be checking out the 10-day forecast (and probably not believing it) and determining whether or not to get them in the ground or wait another week. I’m itching to plant them, can you tell? 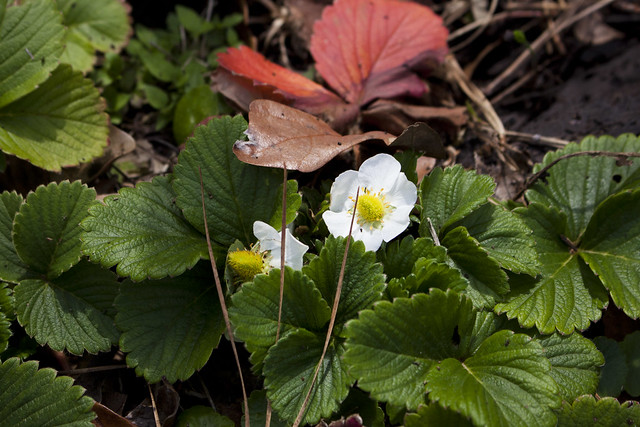 For the last week the weather has been glorious! Well, aside from the overcast and drizzle that seems to be plaguing us, but we’ve had a few sunshine filled days in there. At least the weather has been warm—I’ve finally warmed up! It even got a little stuffy in the house on Monday. 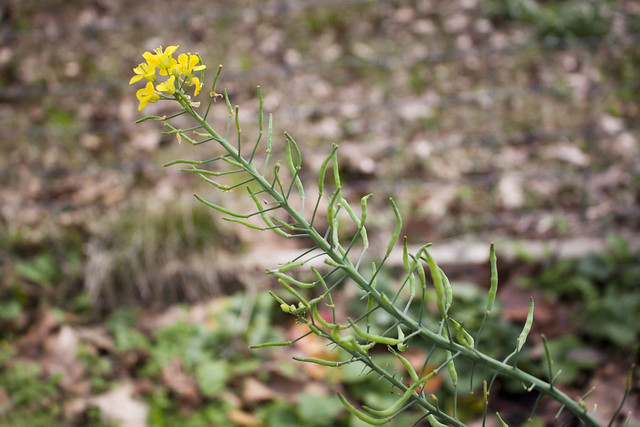 In the garden the warm weather has sent plants out of dormancy or into bolting, depending on the plant. It feels like everything is going to come alive and the frenzy of getting the garden into shape is happening quickly. 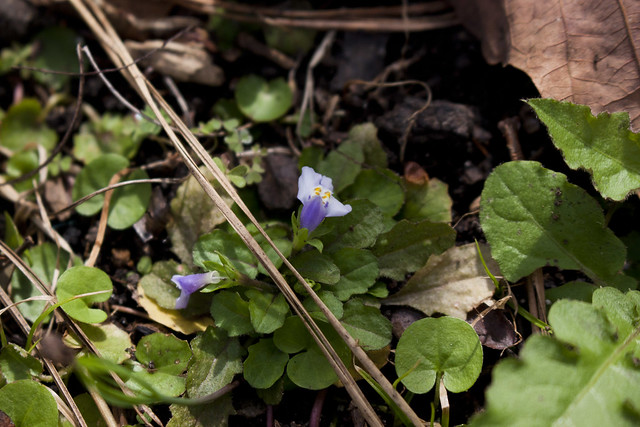 I have started cutting back the dead vegetation and need to get through and weed some of the beds I didn’t get to last year as well as pull a few of the spring ephemerals like chickweed out of the flower beds, too. I’ve been letting many of the spring ephemerals stay in the edible beds because some of them are edible and because I’m also letting them act as an additional layer of surface coverage. As soon as the frustrating and invasive summer weeds start coming in I’ll really have to get in on keeping up with those weeds. (see: mulberry weed and chamberbitter) 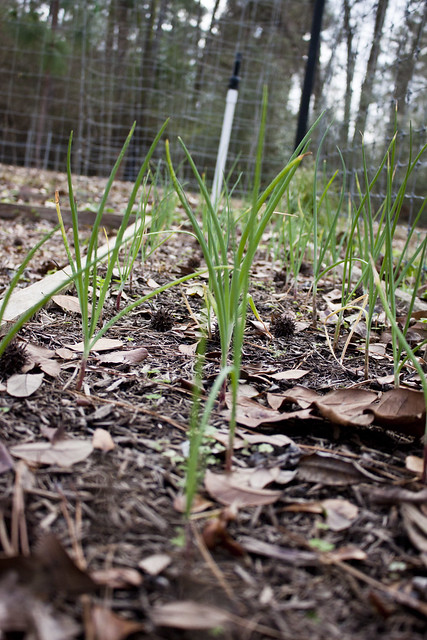 In all, the edible garden is doing well, though it could use a round of fish emulsion sprayed on it. With all the rain we’ll be getting this coming week I don’t think I’ll be doing that any time soon. 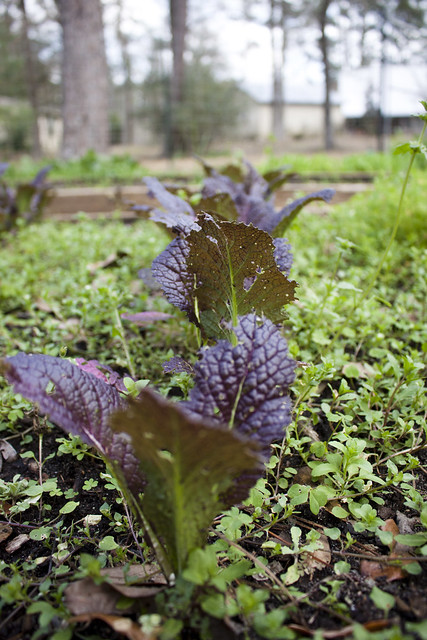 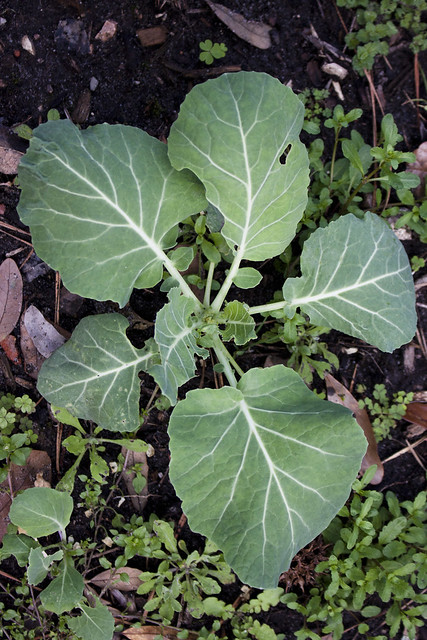 Champion collards–I’ll be ready for these in a month or so! 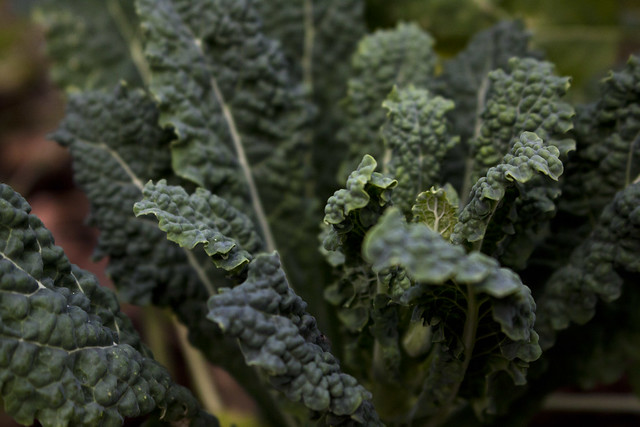 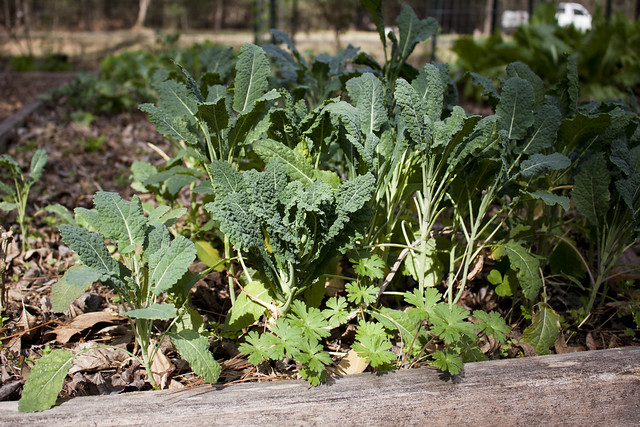 I’ve been actively trying to eat a lot of salad now that all of the lettuces and other greens have rebounded from the ice in January. Most everything is thriving, including the lacinato kale, though I know some of the greens will start bolting if they haven’t already. 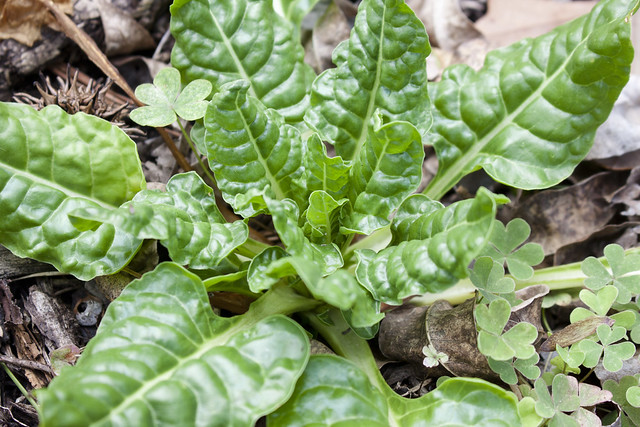 One green that I have noticed has not produced as well as it has in years past has been the varieties of Swiss chard. I’m not sure if it was to cold for it this year or what the problem was but only a few are just now starting to thrive. Usually that is one of our most abundant greens! 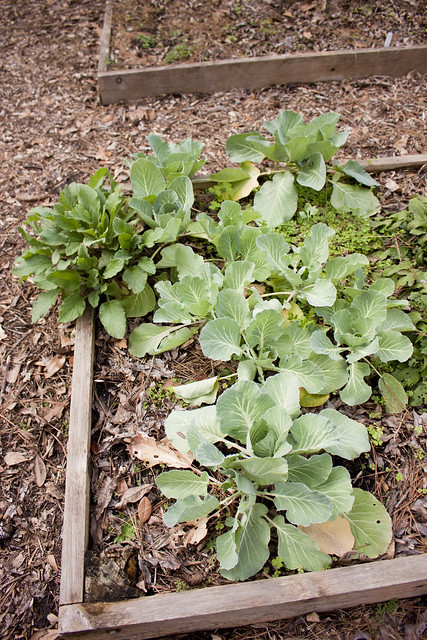 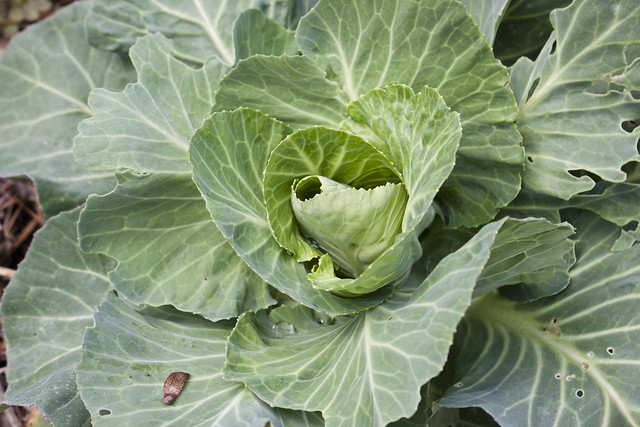 Finally, the cabbages are beginning to head! I’m determined to make some sauerkraut this year and actually stay on top of eating it. In the past I have made it in a makeshift crock but now that I have the Mason Tops I can do small batch ferments. 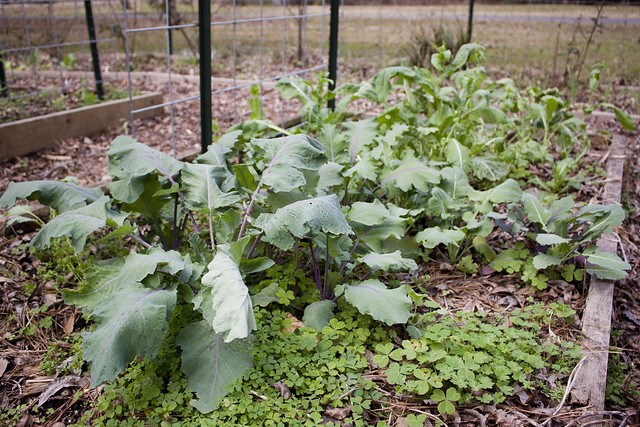 Another plant that is finally beginning to bulb up is the kohlrabi, though you can see here it wasn’t having the near 80* heat last weekend. The perils of being a green in Texas. 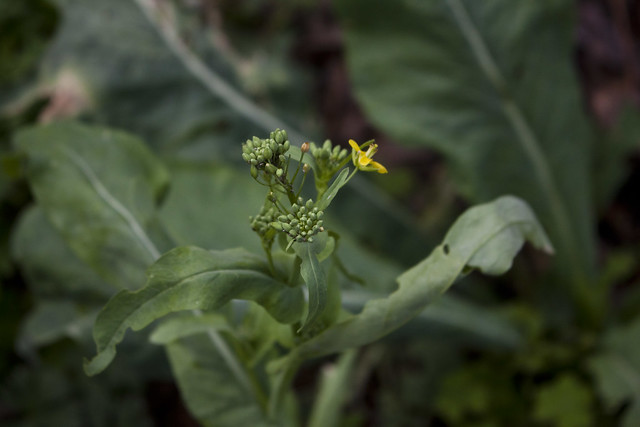 And the mustard spinach that was beginning to thrive and look great for eating only a week before this photo was taken has begun to bolt! It happened in a matter of days, I was so sad to see that. Oh well, I do need room for tomatoes. 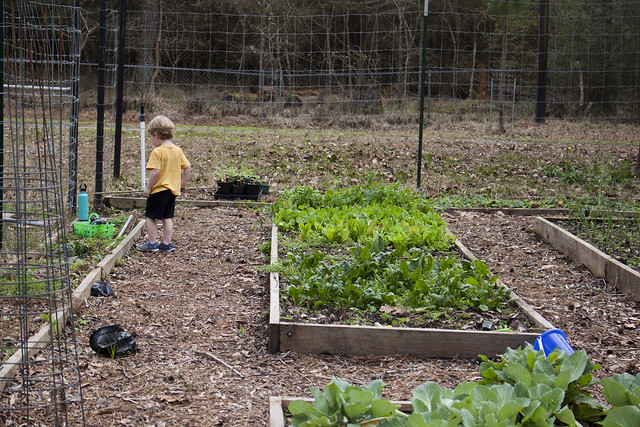 Forest has been glad to get back outside and into playing. It’s been a long, cooped-up winter. 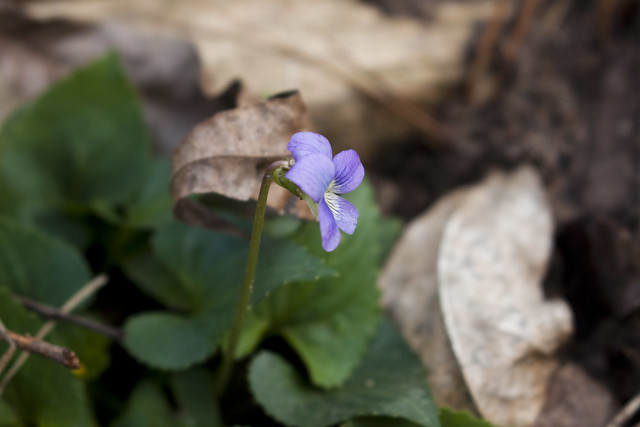 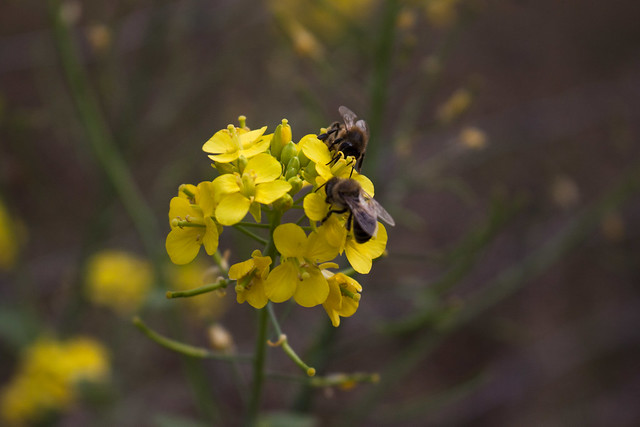 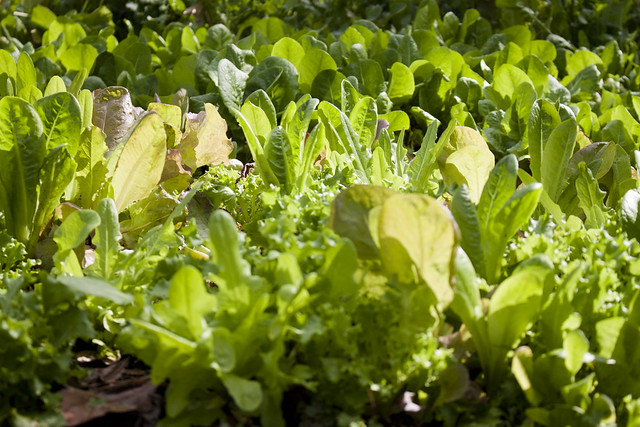 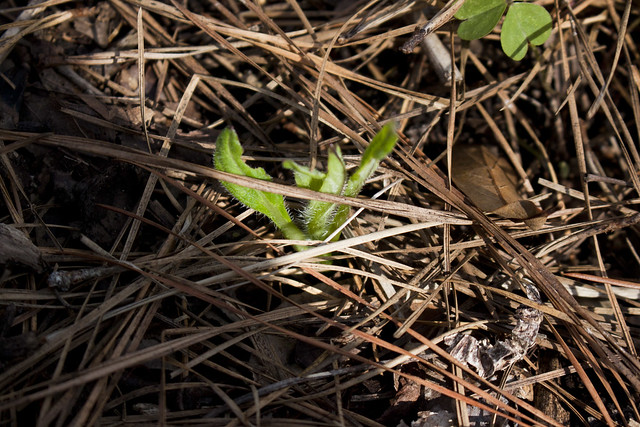 I wasn’t sure at the time but the following day I saw more and I did some Googling—but these are my sunchokes sprouting! I bought some at Central Market after someone mentioned they had found them there so I thought I’d give it a whirl and try to grow them. Well, they are coming up! I suspect I’ll have to relocate them to a larger side bed next season because I know they can spread and if you want a decent crop you need to give them some room. I’m excited to be trying something different!

When it warms up again I’ll get out and take more photos of the flower garden waking up!