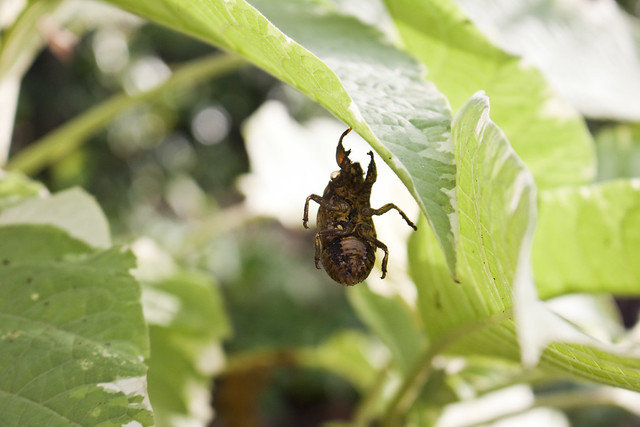 It’s been a good year for cicadas around here, lots of exoskeletons and dead full body cicadas can be found. As it is still quite warm here, they are producing their lovely sounds in the evenings, too. 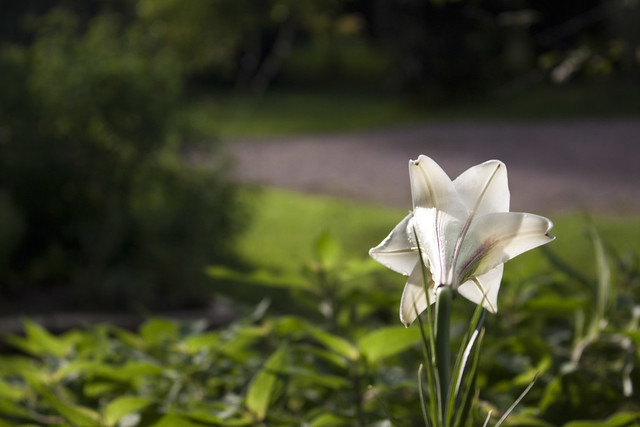 One of the last Formosa lily blooms. I’m going to save seed again this year so if you are interested in seeds let me know! 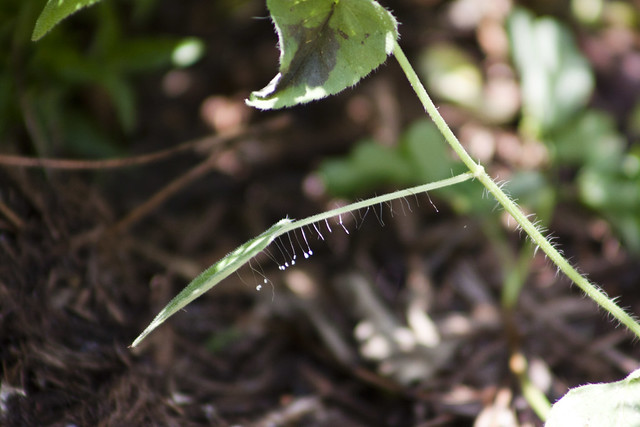 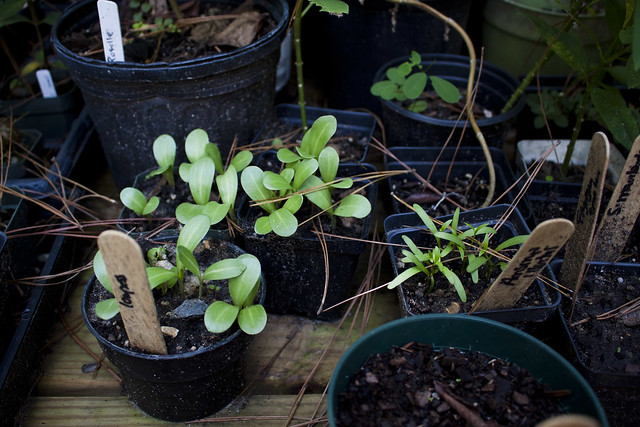 Compass plant, Silphium laciniatum and Ozark bluestar, Amsonia illustris seedlings on the potting bench. They have been the easiest of my native seed order from Prairie Moon that I received. The compass plant I tried to establish in the garden earlier this year failed to take because of the deer (mostly hoof disturbance) but the bluestar is doing well despite some chomps by the deer. I’m hoping to get these growing larger (and they already are from this photo taken in mid-August) to get a nice clump established next year. 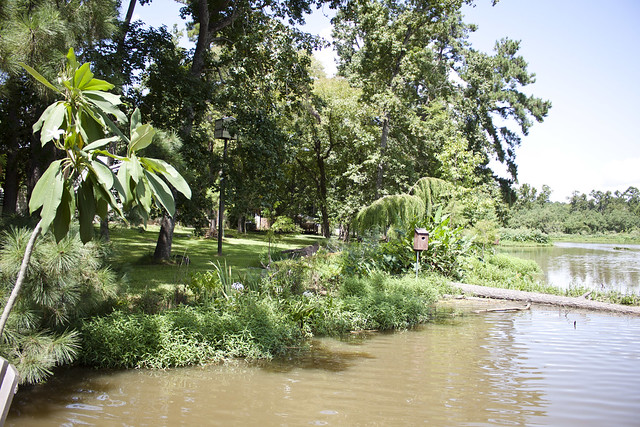 Out on the dock looking north along the pond. You can see the pine trees still laying in the water from Harvey. Chris has been trying to chop them up somewhat so they can float away or maybe drag a couple smaller pieces on shore to burn. Otherwise, sediment is definitely building up behind that and we’d like to prevent a peninsula. We’re already having problems in the pond because it needs to be dredged and our little town’s parks board doesn’t exactly have the funding to properly get this done. The sediment has created little islands upstream next to our neighbor’s house and the neighbor beyond that. It’s frustrating. 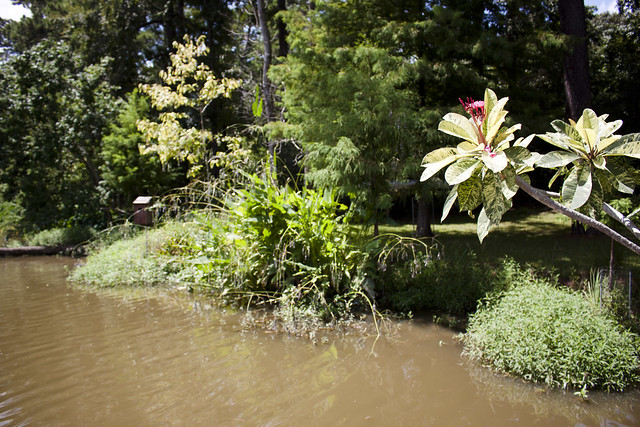 A look south along the shore to the alligator flag, Thalia geniculata, with the plumeria photobombing for the focus! 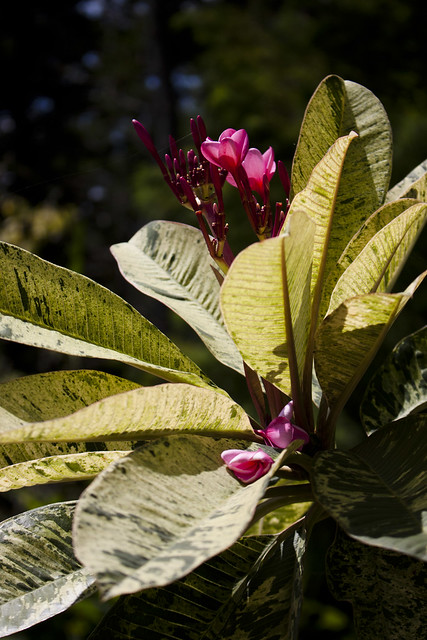 Oh hey, variegated plumeria! Yes, you can get your day on the blog! 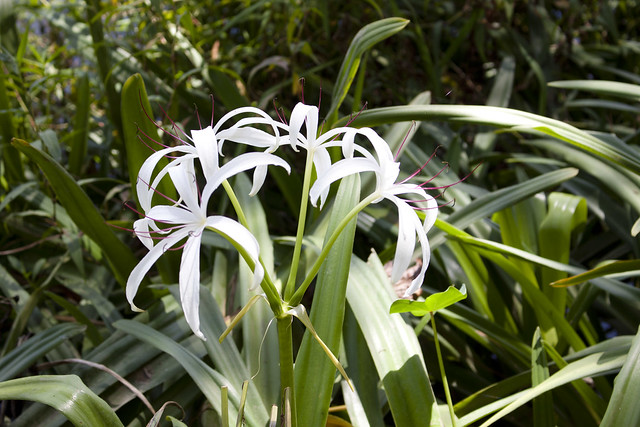 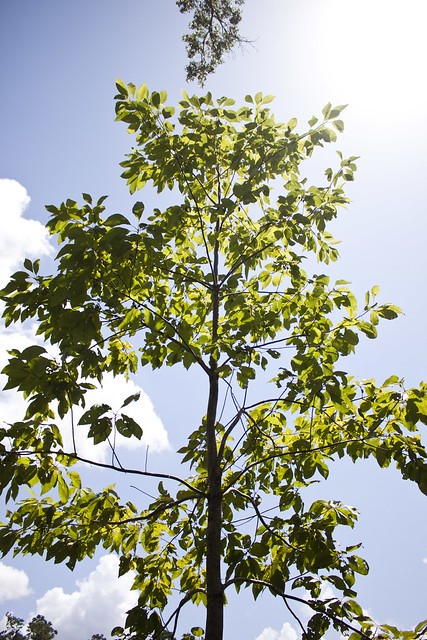 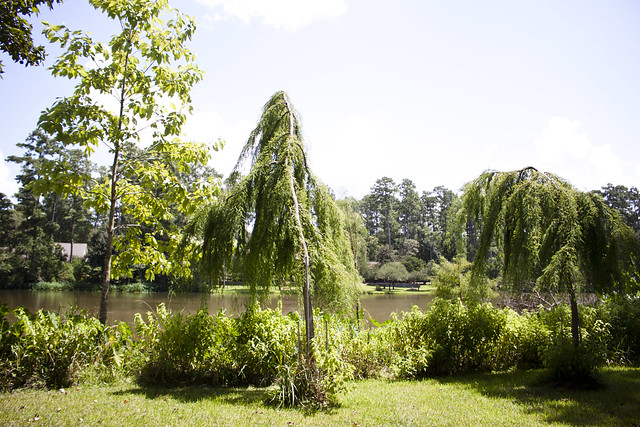 The swamp tupelo, Nyssa aquatica, with the weeping bald cypress down by the pond. You can see a post from when we planted the tupelo here but I can’t find a post about the bald cypress. Both have grown significantly! I really should do a more detailed pond shoreline tour later in the month and dig through for comparison photos. It’s changed quite a bit. 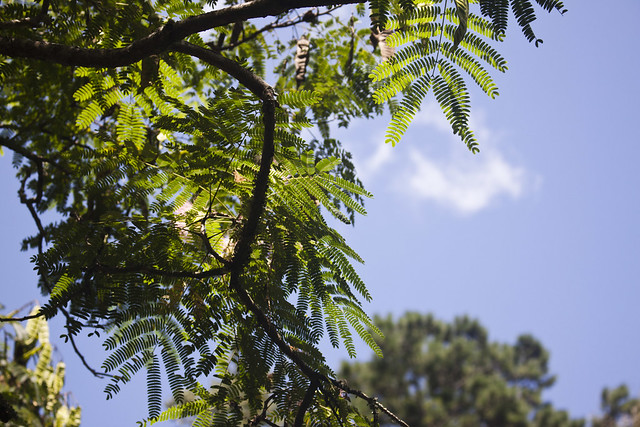 And you can’t not love the mimosa tree when its blooming on a bright blue sky day! That’s despite the mimosa being a problematic exotic plant that we debated on cutting down when we moved in. But it’s about a tall as our balcony off our bedroom so it makes for a lovely view in the moments we decide to step out there!