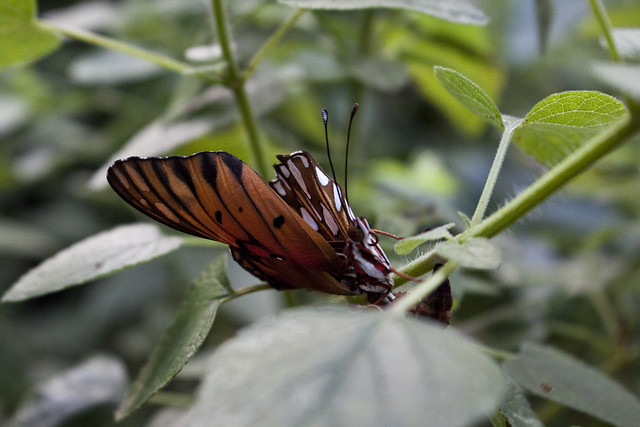 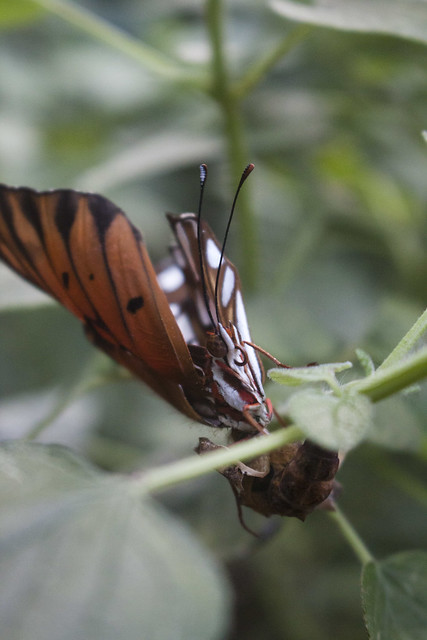 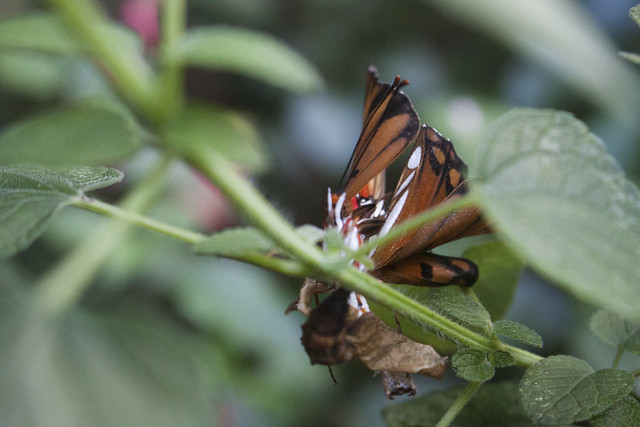 At the end of September I noticed a gulf frittilary trying to eclose from its chrysalis on a stalk of ‘Ember’s Wish’ salvia. A few hours later I saw it still sitting in the same position but decided to let it be knowing that something was very wrong with it.

The next morning my little friend was still stuck in its chrysalis and the wings had not unfurled more so I decided to see if I could ease it out of the chrysalis and at least let it attempt to walk so it could nectar. Its wings were not going to unfurl and were severely deformed. I debated euthanizing it but decided to let it live and let nature take its course. I fully expected to find it dead there later but it disappeared. I’m not sure what happened with it. 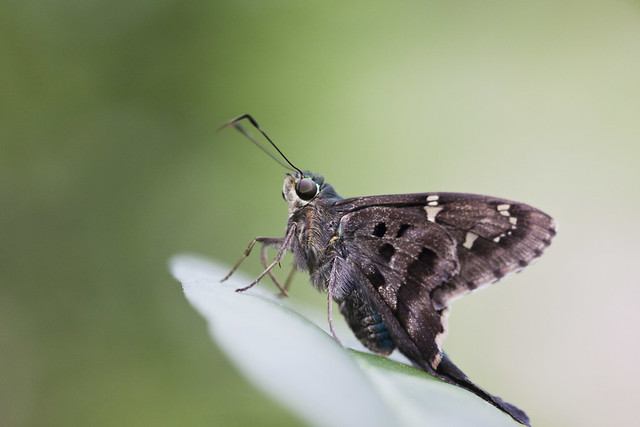 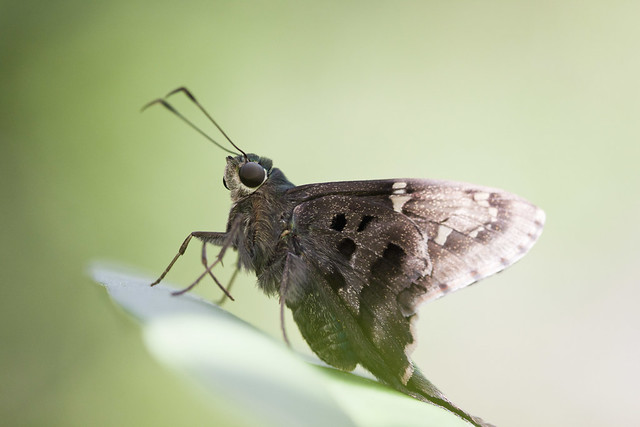 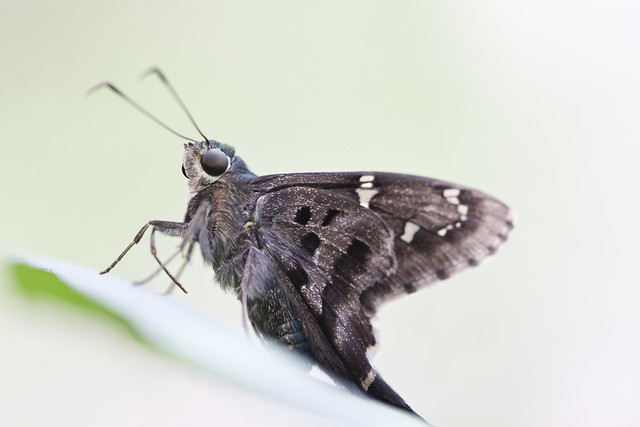 There has been an abundance of the long-tailed skippers this season and it seems this might be the case in the region as other people have noticed a proliferation of them. Of course I’m unsure if this is just a case of finally learning about something and then suddenly seeing them everywhere or if there was truly an abundance of them this year. And there’s at least one more generation trying to get going rolled up out there on my beans!