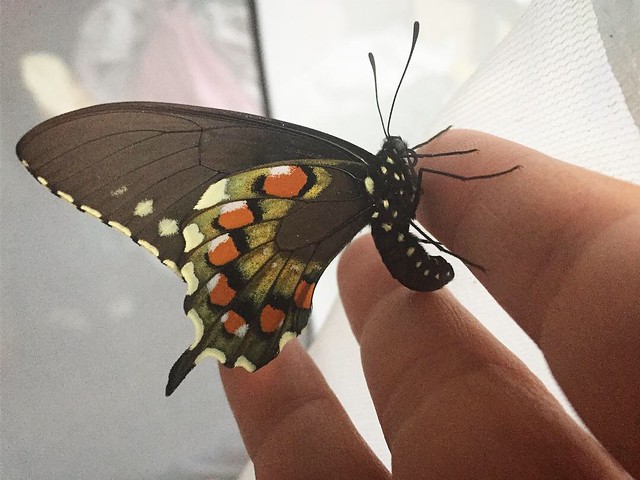 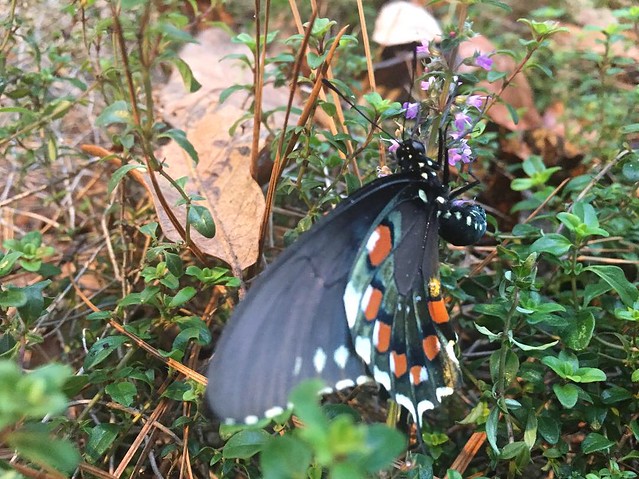 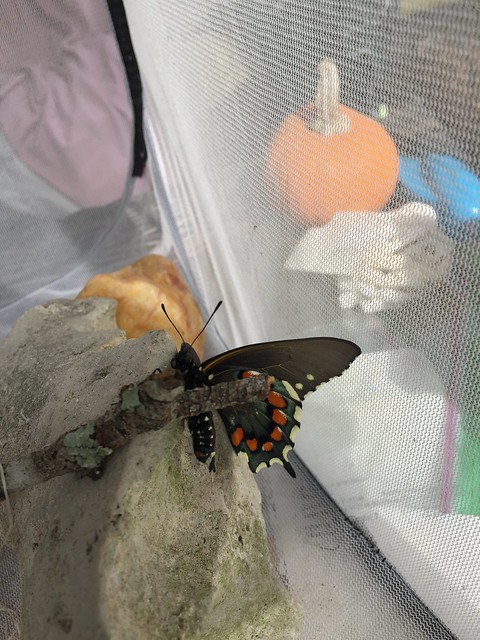 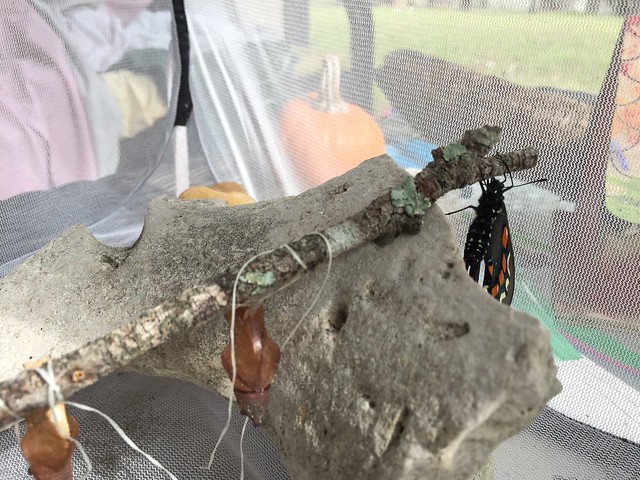 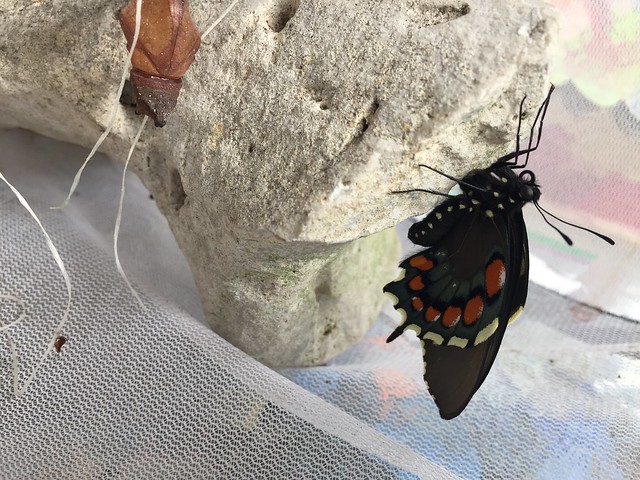 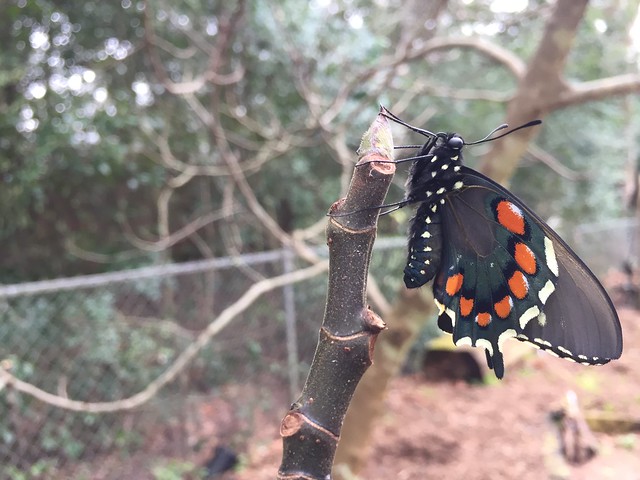 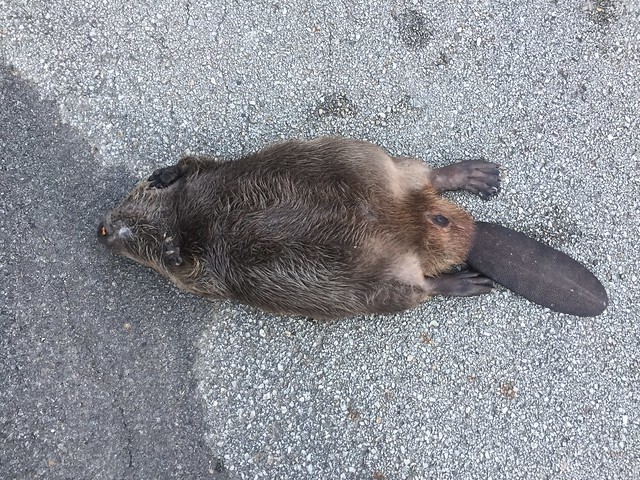 Spring is, well, I think spring is starting here in southeast Texas. We started seeing signs of it the last two weeks but it is becoming even more prevalent over the last week. Over the weekend we went up to DFW and I didn’t even think that I should have left the butterfly cage open in case a pipevine eclosed. It had been since sometime in December when I had the odd one eclose and if I recall correctly, I had another one in December considering the number of open chrysalides I have.

We arrived home late on Sunday evening and it didn’t occur to me to look out and see if a butterfly was in the cage so on Monday morning when I saw a butterfly hanging from the top of the cage I knew this one had been out for at least a day. Oops! I let it out at that morning before work and knew that with the stretch of 70+ degree days we would be having that the rest would try to make their appearance soon. And one did yesterday at lunch. It was still relatively fresh and drying its wings. I let it crawl onto my finger and then put it on the fig tree (which is putting on leaf buds!) for it to finish drying and warming in the 70* sunshine.

My last wildlife for the day is a roadkill beaver that I came across as I was leaving the neighborhood the other day. The beavers seem to fluctuate in the pond seasonally or yearly and they have returned recently. One has been trying to build a den along our shoreline and after some debating, Chris decided to let it continue. Thankfully it found a better place than it originally wanted to set up shop. So when I saw the dead beaver I worried it was our little friend. I’m still sad that someone hit this beaver because it was in an area that it could have easily been avoided. Incredibly frustrating.

I’m almost done editing photos from the Davis Mountains—I could have been finished a month ago but I’ve been lazy—and so I’ll be returning to writing about that soon. I also walked around the yard yesterday to take photos of the garden so I’ll be having a garden update as well. It’s a muddy, sloppy mess out near the edible garden—ugh.

Happy wildlife Wednesday—what’s going on in your neck of the woods?