The potting bench is full of seedlings and other plants in various stages of grow-out but I’m going to showcase three plants on the bench simply because that’s the ones I took photos of! 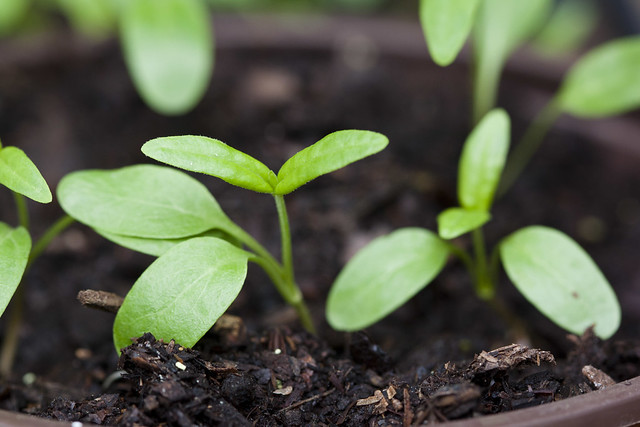 Native to the eastern third of the US, poke milkweed is a shade loving milkweed growing in dry to mesic forests. I attempted to grow this milkweed last year and had a few seeds sprout where I directly planted them in the garden but the deer trampled them and they died. This year I bought four or five packs of seeds from Prairie Moon in an attempt to stratify and establish a lot of plants in the shadiest section of the garden, this time growing them out in pots first.

Many of our Texas native milkweeds require much drier and sunnier conditions, though there are some species like swamp (A. incarnata) and aquatic (A. perennis) which take wetter or mesic areas, and they can handle some shade. The aquatic milkweed is harder to come by in the nursery trade than swamp milkweed which is one of the more common species you’ll find outside of A. tuberosa or A. curassavica. I’d love to find redring milkweed (A. variegata) or clasping milkweed (A. amplexicaulis) but I’d probably have to find wild seeds which is also hard to come by.

I planted out all of the swamp and poke milkweed seedlings I had over the last week and hopefully they can get established and feed monarchs (and queens) for years to come. 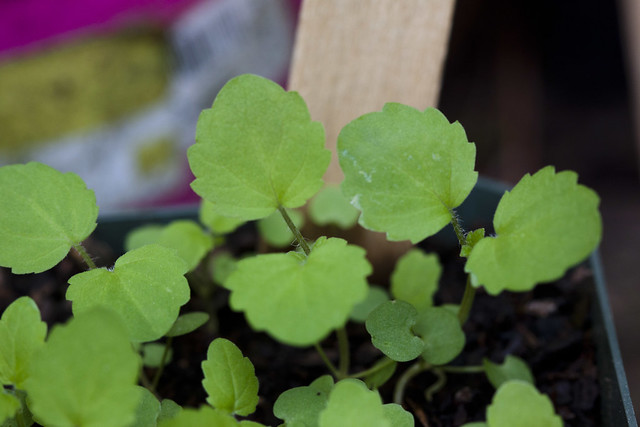 The purple agastache we have growing in the garden is always a prolific bloomer and self sower that I thought diversifying the agastache in the garden sounded like a great idea. The pollinators are also all over the flowers when the plants are blooming so that sounded like another plus to adding in more agastache. This is also a plant that can handle some shade and mesic soils. I tried stratifying in the fridge and stratifying seeds outdoors this winter and I had much more germination with seeds in the fridge, though there was some germination with those left outdoors. We’ll see how this one does this season! 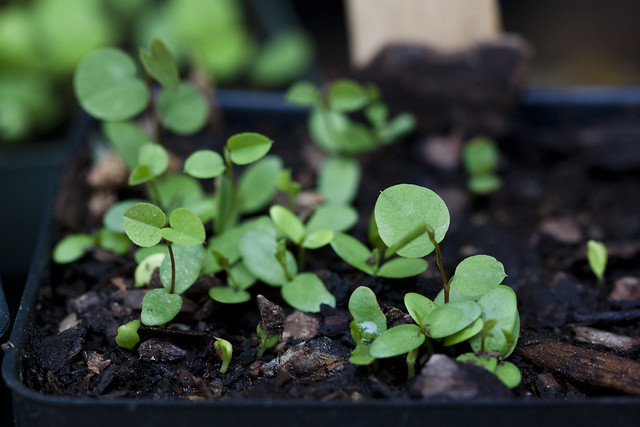 Smooth false indigo, Amorpha laevigata — I think we had/have seeds of the first but I remembered wrong as I was writing this. The label on the pot says the other.

We’ve had these seeds for years after a botanist and fellow field biologist had given Chris a baggy of them on a project years ago. I think we’ve tried starting them a few times with no results but I didn’t think about cold stratifying them until this year. Some were sown outside in winter and I had weak germination but the ones I stratified in the fridge for about 60 days, I’ve had great germination with those! I was honestly surprised because I thought those seeds were too old by now. I think Chris has some in the fridge, too, and if not I’ll likely try to stratify the rest and germinate more because this isn’t a plant you commonly see.

There are many other plants on the potting bench and maybe I’ll showcase a few more of them soon!