It’s July 11, 2009, my 29th birthday. At this point we are already full throttle into planning our Appalachian Trail thru-hike. I mean, in the fact that we are pretty sure we are going to quit our jobs and pack away our things in early 2010 and head out on our thru-hike, pending on what our bank account looks like towards the end of the year of course.

With that in mind we are kind of on a roll to hit up a lot of places in Florida that we may not see for a while after we move out of the state, including a trip back to the Melbourne area to see the loggerheads nesting once again. Seeing these lumbering chelonids haul themselves onto the sandy beaches of the Atlantic coast of Florida one last time, lit up by moonlight and maybe the twinkling of lights from the condos beyond the dunes was something I needed to experience one last time. It had been of my most favorite things to do when we lived in Melbourne from 2002-2004, park in one of the beach parking lots and walk a few miles down and back along the shoreline during turtle season to scope out nesting females. If we got lucky later in the summer we would find hatchlings emerging, scurrying towards the waves lapping up on the shore to carry them out to the Gulf Stream and other oceanic currents where they will spend their lost years.

So, we did just that and I have some grainy photos from those beach moments. It’s the last time we saw nesting sea turtles and I do miss seeing that phenomenon terribly. But a few weekends ago I dug out our hard drives to look for photos for my friend Eliana, and I found a trove of photos that we never processed, including a set from our trip to Melbourne where I have memories of visiting Coconut Point Sanctuary but didn’t realize we had photos of the hike. I often rely on what I have on Flickr to remember some things we did but apparently Flickr lies—there’s more we have! I’ll be slowly going through these photos and processing them so I’m sure there will be more flashback posts like this one as time goes on.

Coconut Point Sanctuary covers about 62 acres from the Atlantic dunes on the east to the Indian River Lagoon on the west. It’s mostly a coastal scrub habitat with some thicker hardwood hammocks hugging the IRL section at the back side of the park. Let’s dig into the hike! 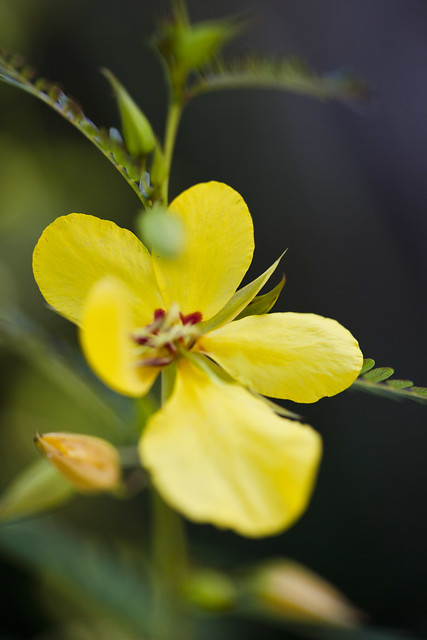 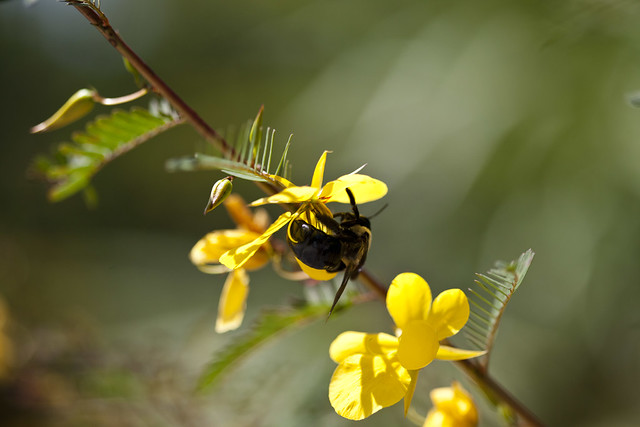 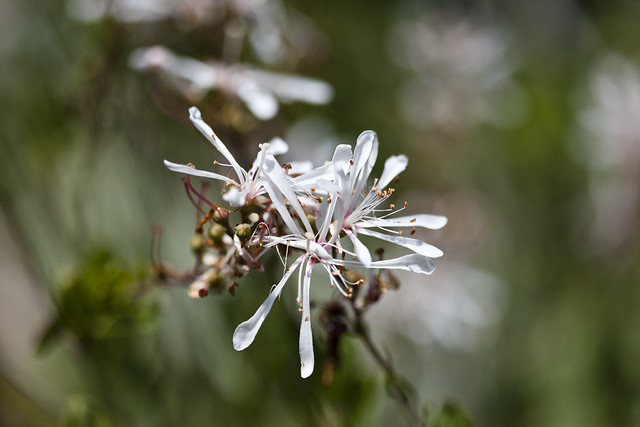 Tarflower, Bejaria racemosa — file this one under a plant I should have learned in Florida but didn’t and only realize now what it is! 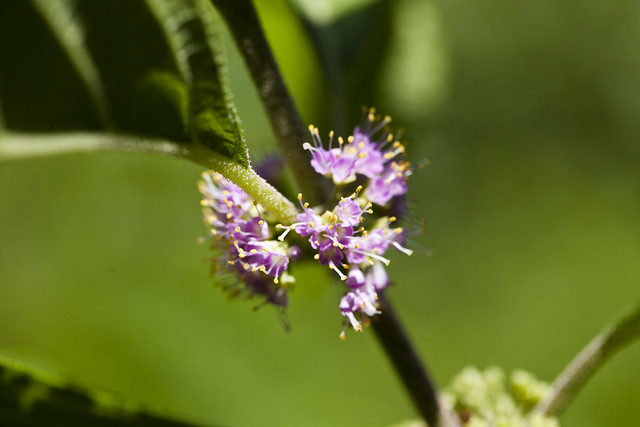 Beautyberry flowers, preparing for that purple majesty of autumn. 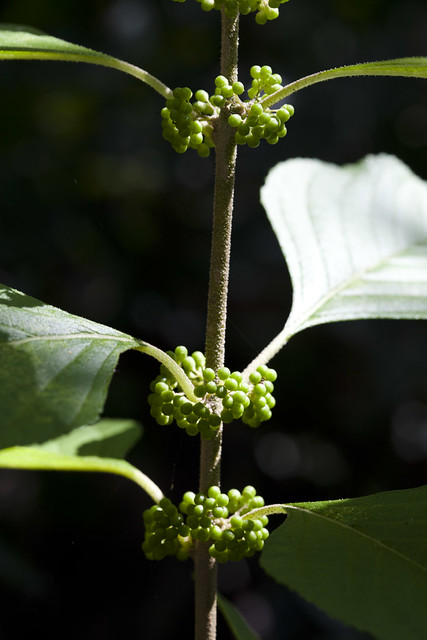 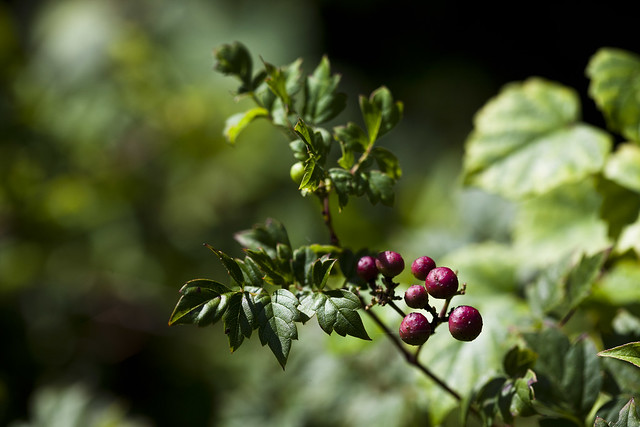 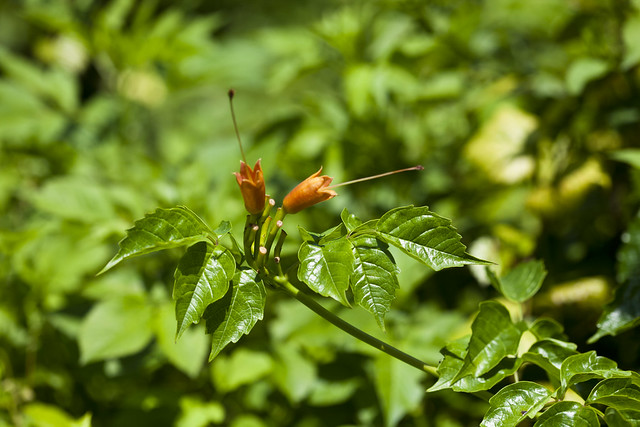 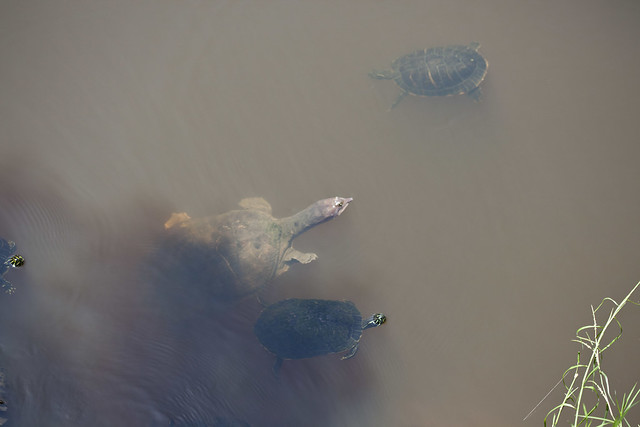 Florida Softshell Turtle, Apalone ferox with some other turtle friends. 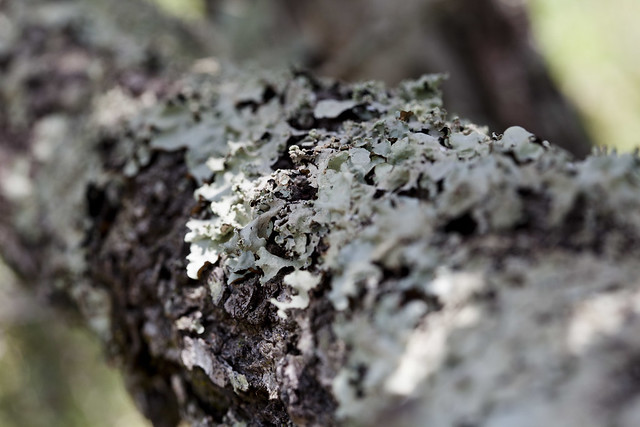 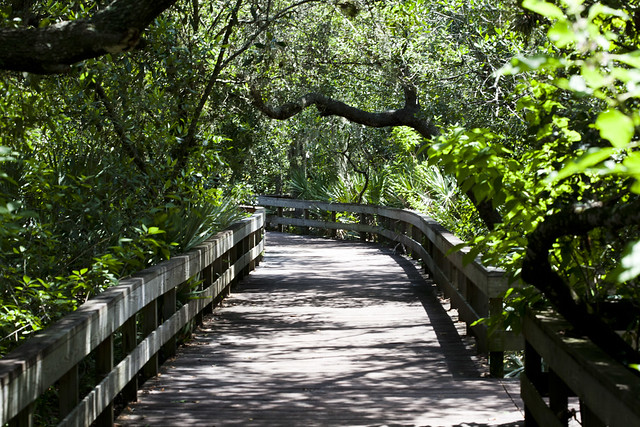 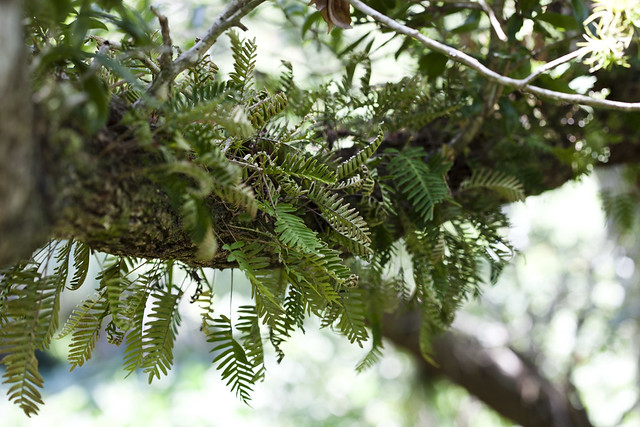 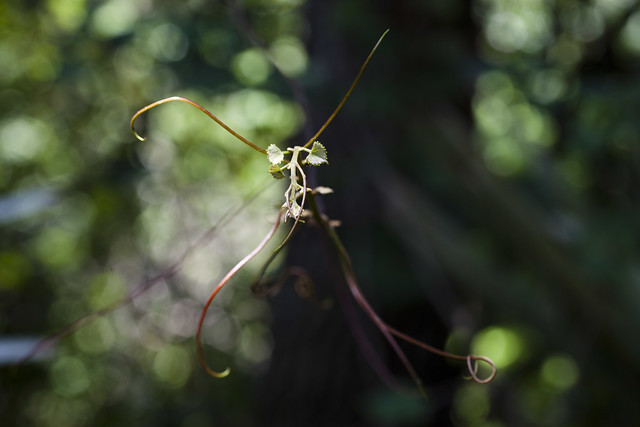 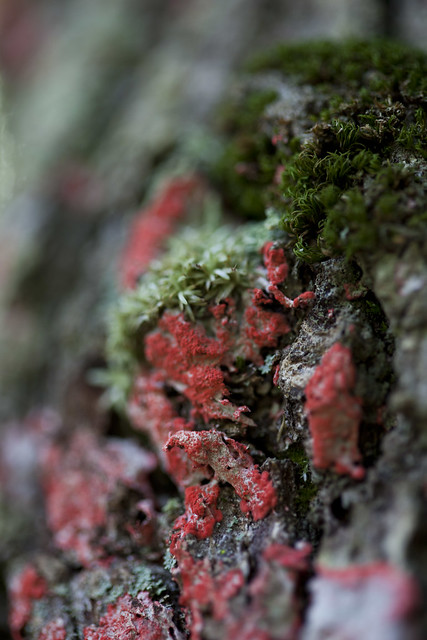 Christmas Lichen, Herpothallon rubrocinctum—a sure fire way to trick if you on the Florida Trail when you are looking for an orange blaze! Sometimes they are shaped in a blaze shape and you’ll think it is time to turn! 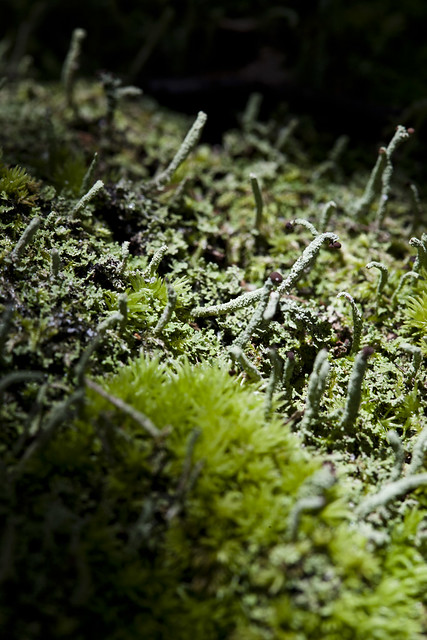 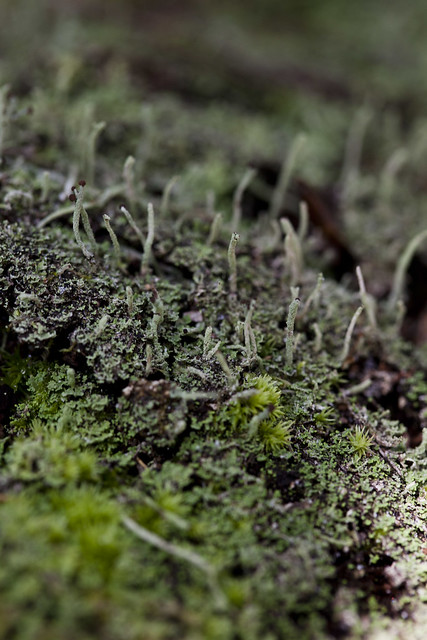 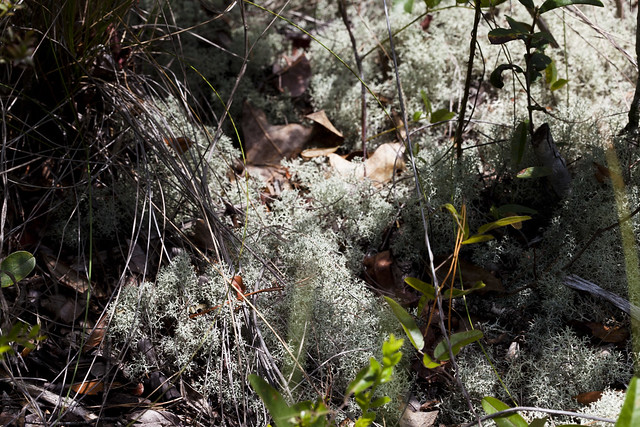 Also another pixie cup lichen known as deer moss. Since I didn’t have a close up photo I wasn’t comfortable pinning down a species but it is likely Cladonia evansii, which you see commonly in Florida scrub areas. 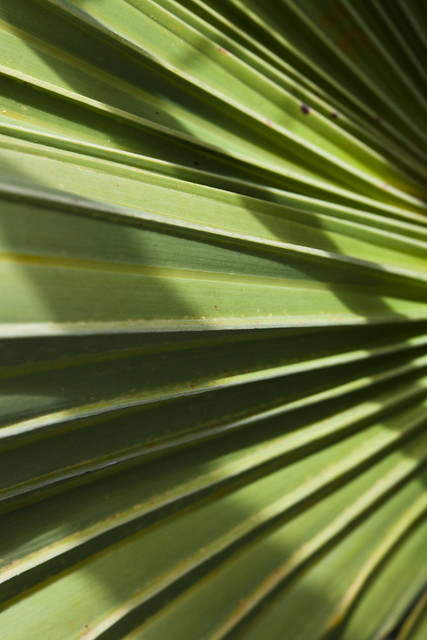 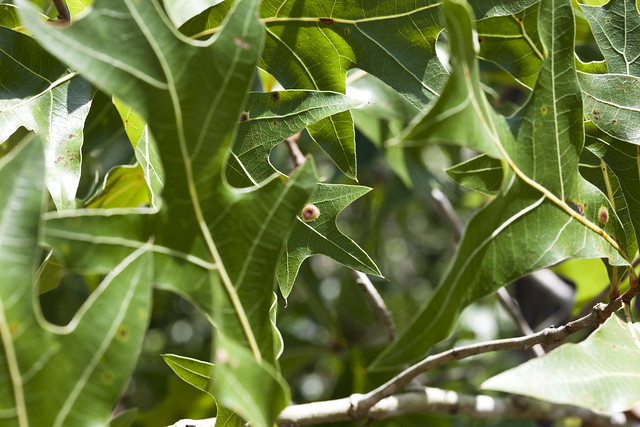 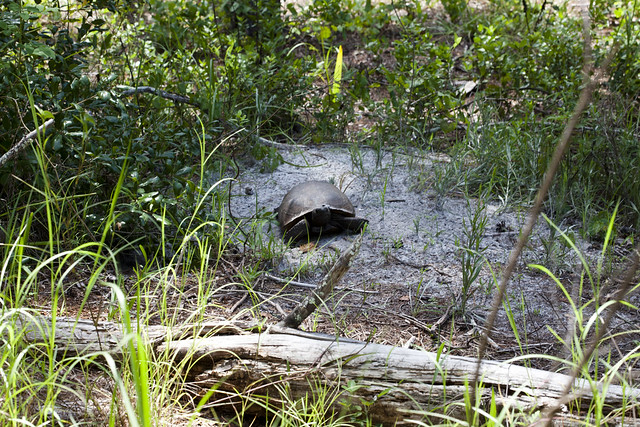 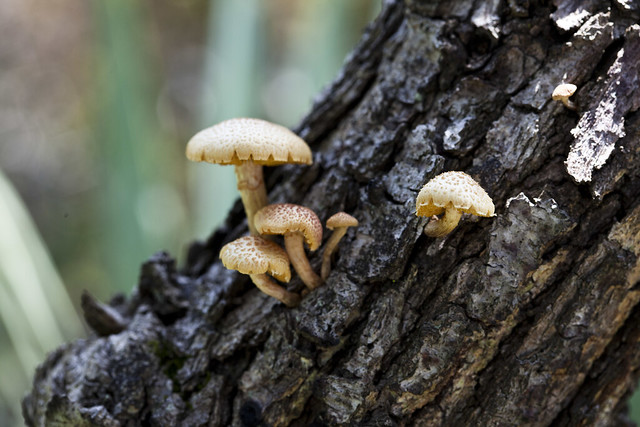 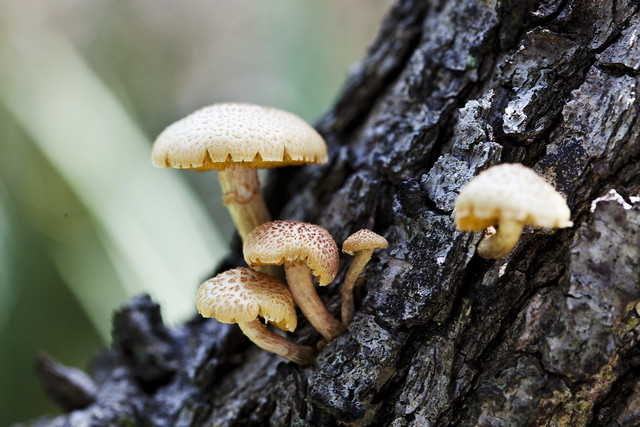 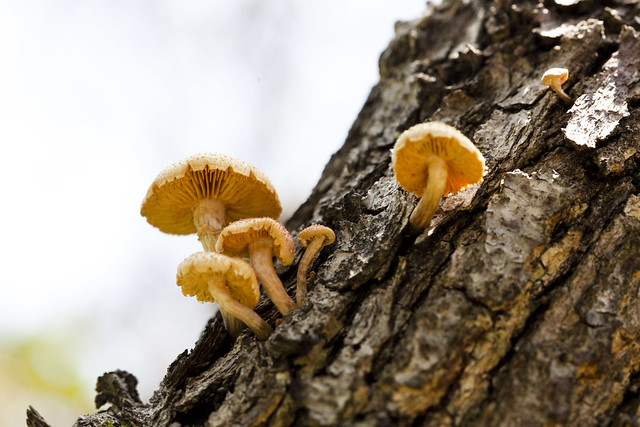 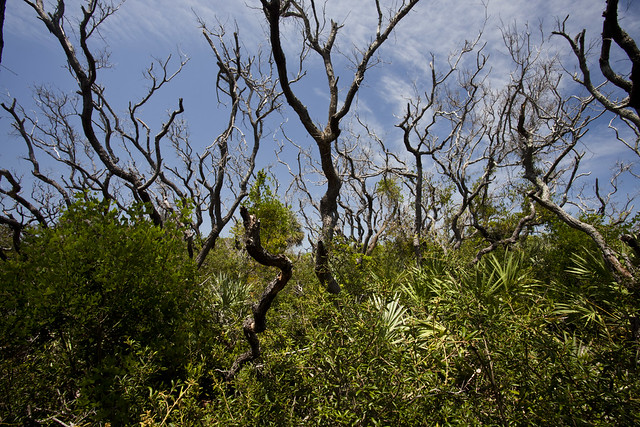 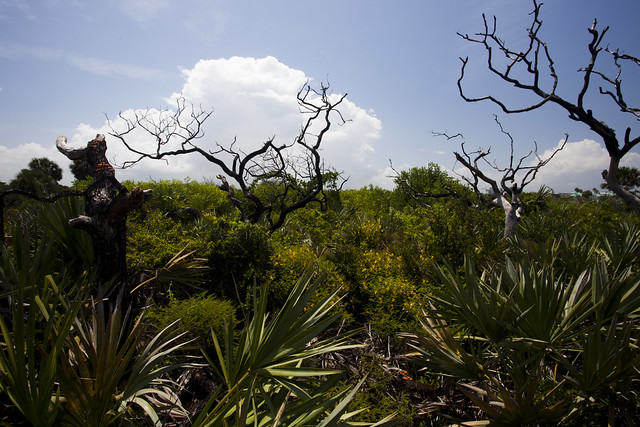 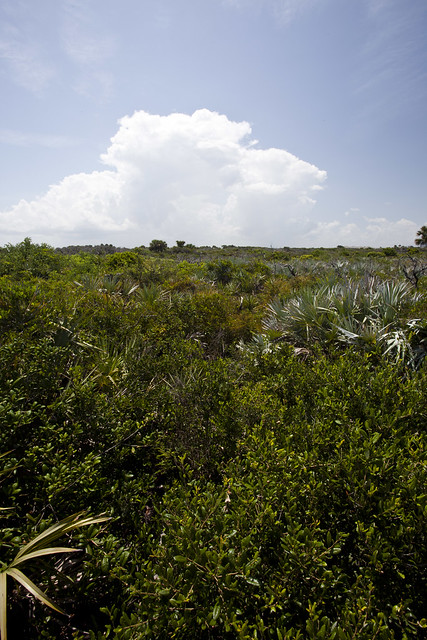 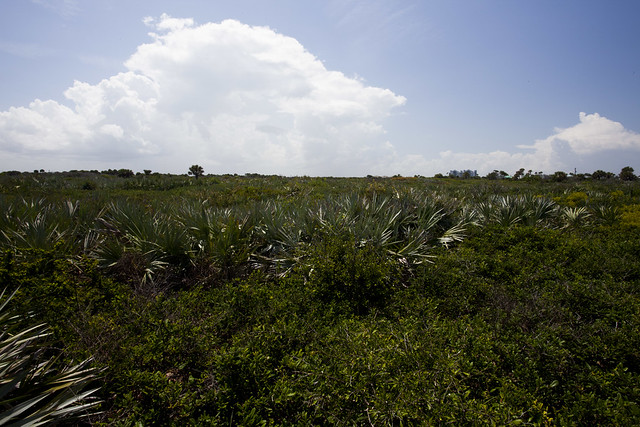 That is some fine Florida scrub land! Or if you say it fast as I do, scrublund. Scrublend? Either way, I can feel the heat emanating from the photo of this July day, possibly paired with a sea breeze coming off the ocean or IRL, so maybe it wasn’t nearly as stifling as I can imagine it to be? Thunderheads building inland—yes, this is a variation on a typical Florida summer scene. 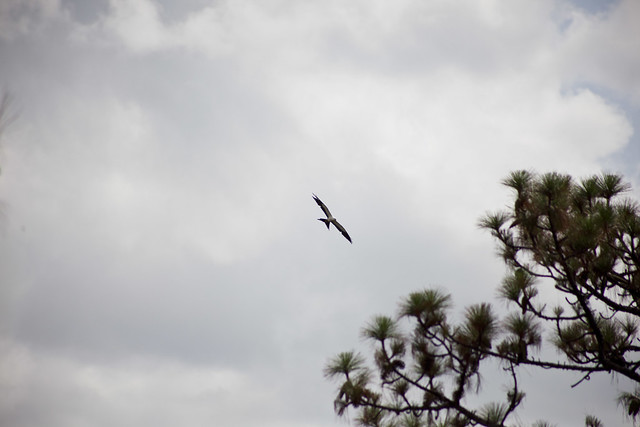 In the sky a swallow-tailed kite soars over head. I’m so glad we get to see them here in SE Texas but Chris remarked the other day that we’ve not seen one this season so far. Strange. 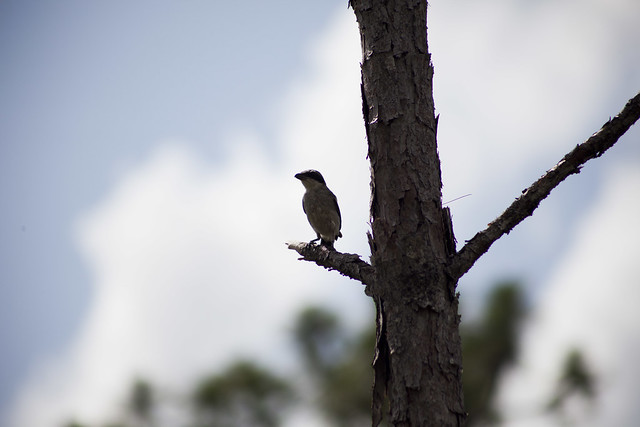 And lastly as we left the sanctuary, a loggerhead shrike, Lanius ludovicianus.

One of the things I miss about Florida are all of these small pockets of preserves and sanctuaries, often part of a county’s endangered lands program. I know I’ve lamented before the poor public to private lands ratio that Texas has. As Houston continues to expand, expand, expand, large tracts of forested or farm acres are being put up for sale. Sure, some of it isn’t necessarily anything special—lots of loblolly pine and yaupon thickets—but it’s special to the wildlife. I wish there was better planning involved in leaving tracts of nature pocketed around acres of concrete and box stores but no one cares to think about that. So hard to change plant blindness—or better yet, ecosystem blindness. I know Florida faces the same thing in many ways—the state is wanting to build more toll roads and Orlando is facing the same growth issues.

And yet many more people are flocking to outdoor spaces thanks to social media—we need more of these places at “home” so people are more inclined to know what’s in their own backyard. Hah, I didn’t mean for this to turn into a lament about public lands but it was on my mind. 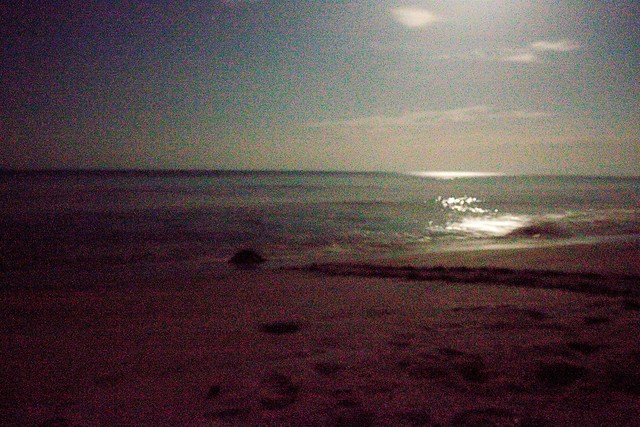