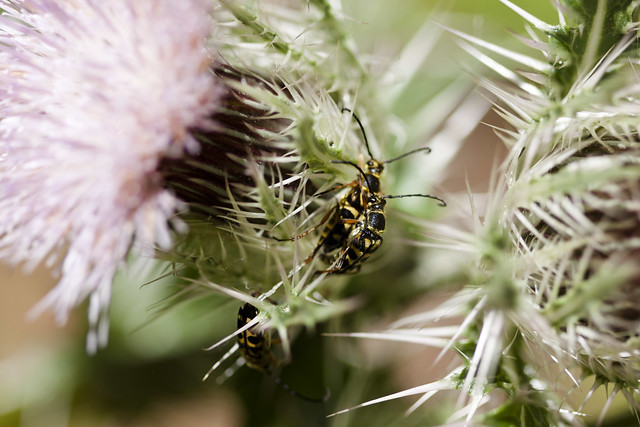 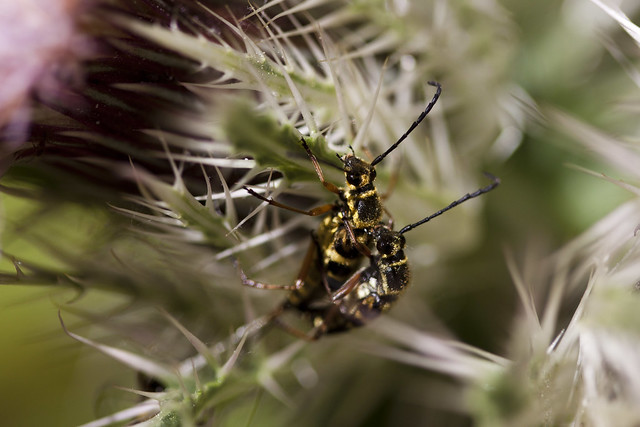 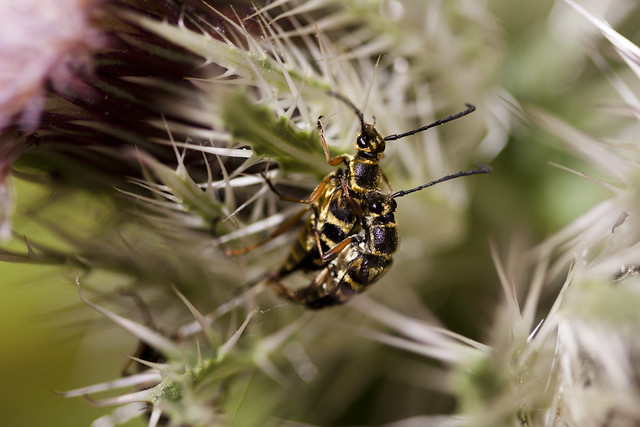 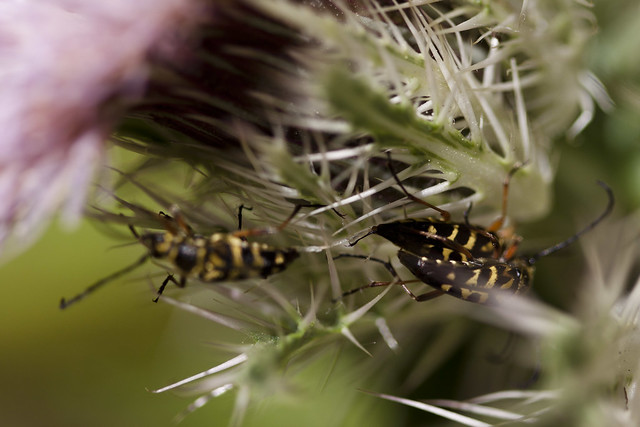 Back in April during our camping trip to Martin Creek Lake State Park near Henderson in East Texas, we hiked one afternoon on the Old Henderson Road Loop. I had thought about doing a separate trail write-up for that portion of the park but instead I think I’ll be sharing separate portions of the flora and fauna we saw there over the coming weeks.

As we passed by a set of thistles one I noticed beetles crawling around on the flower heads and stopped to take a few photos. I think I interrupted some private bug moments going on but I took a few photos anyway! I really can’t find a ton of information about these species in a cursory internet search (I haven’t delved into Google Scholar or anything) but they are considered flower longhorn beetles and pollinators as adults. Larvae are found in decaying pine logs and stumps.

They are a really pretty species and as I look over other longhorn beetles online, I think I could easily get into learning about other beetles. Chris has spent some time for work learning about American burying beetles because they are a protected species but I’ve not really had the interest other than finding the random iridescent or dung beetle when we are out hiking. But these zebra longhorn beetles have propelled me to want to stop and check out flower a little more closely on our hikes! 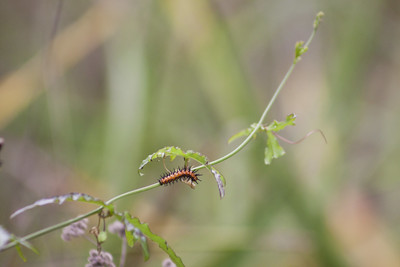 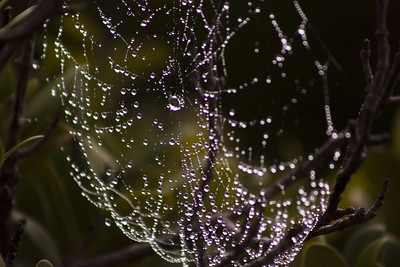