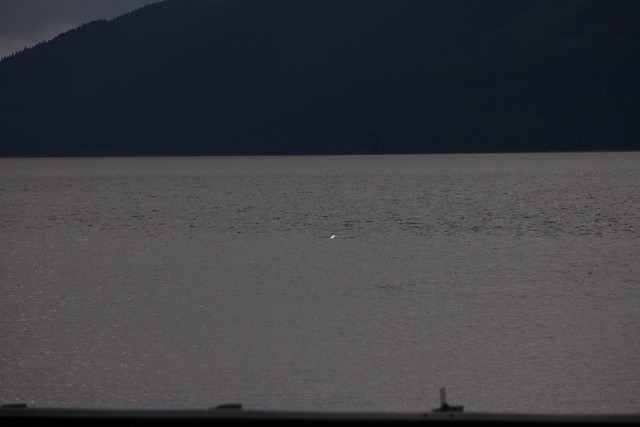 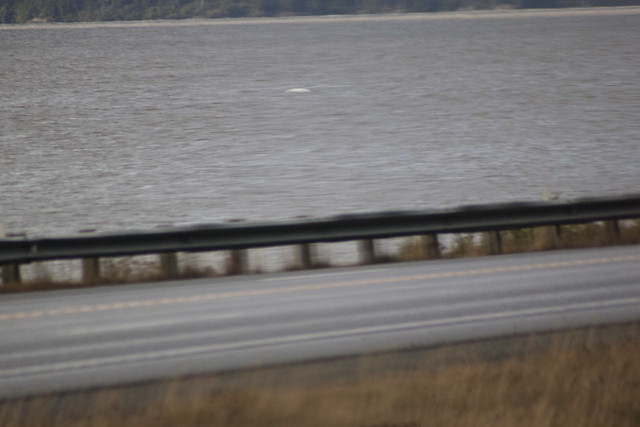 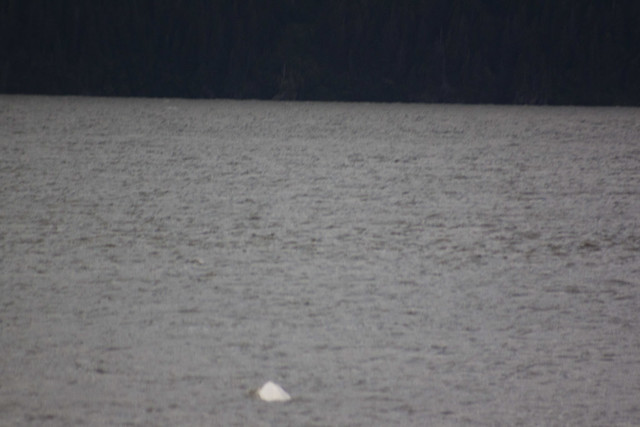 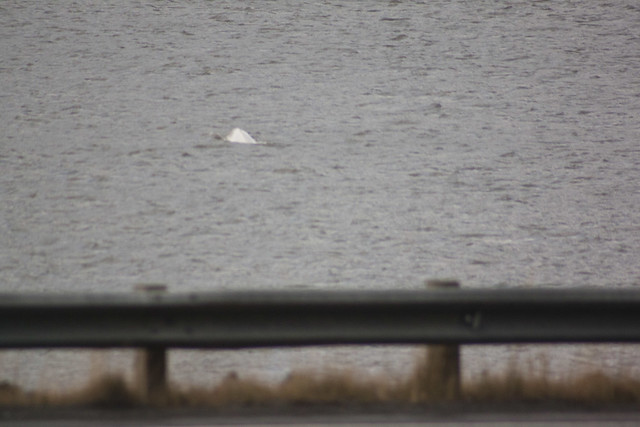 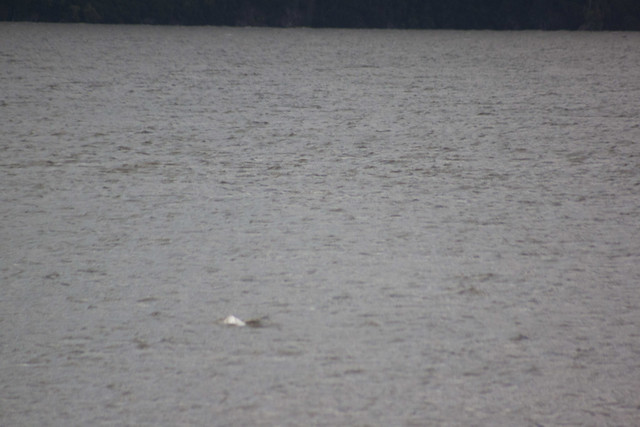 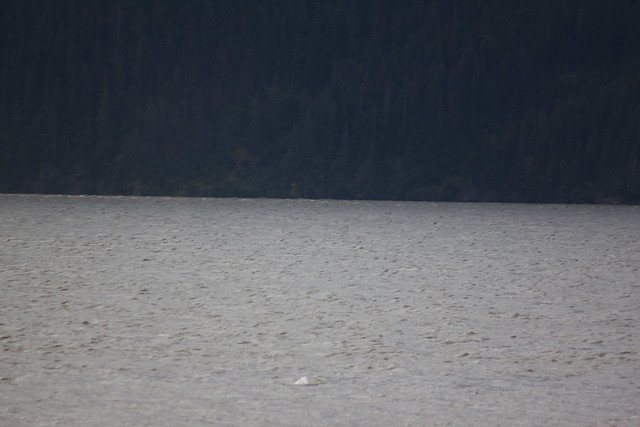 Beluga whales—something that was definitely not on my agenda of things I anticipated seeing while in Alaska. Humpback whales, porpoises, sea otters, sea lions, seals, possibly orcas—those were all things that were on our radar and for the most part we came across all of them. The orcas were the only things in that list we didn’t see.

When we disembarked our ship in Seward we opted to take the scenic Alaska Rail to the Anchorage airport where we would pick up a rental car. Instead of taking the highway between Seward and Anchorage via buses, the railway would be more scenic and offer up chances to sip coffee and have breakfast while scouting for wildlife. And that will be a separate post eventually, it was a fantastic trip and I’d do it again!

When we finally emerged from the forest and began our journey paralleling the Turnagain Arm, a branch of the north end of the Cook Inlet, it had been an overcast morning and then sun was finally poking through the sky. I happened to be looking out at the Arm and saw something white and bobbing in the water. We’d just seen a bunch of small icebergs the day before as we’d cruised by the Hubbard Glacier and I had that on my mind. But that ‘ice’ went under the water and surfaced again and I thought my tired eyes (we had gotten up at 5:00 that morning) were seeing things. I casually mentioned to Chris that I had seen something white in the water and when I saw it again I pointed it out to him.

After he saw it he exclaimed “Beluga!” After it sunk in I peered closer and we started noticing several belugas in the inlet as we chugged along the tracks. I had my 75-300mm lens on already for wildlife back in the forested areas so I did my best to shakily take a few “OMG! THOSE ARE BELUGAS!” photos, which are obviously nothing to write home about but OMG I SAW BELUGAS!

I knew belugas were an arctic species and had no clue they would be this far south, and after looking into their range, this is really the furthest south they go and the Cook Inlet area is both in their summer and winter range area. What a total surprise and bonus species to see on this trip!

After we pointed the beluga out to our server/guide in our train car, he noted that yes belugas were in the Turnagain Arm but were usually further towards the mouth of the inlet and not this far back. And come to find out later there’s an area called Beluga Point where you can go and watch them.

We went back the last day we were in Alaska but unfortunately during the morning the tide was out and most of the Arm was a mud flat (Turnagain Arm has some extreme tides, come to find out) and after we tried looking again when the tide came back in after lunch we didn’t have any luck finding belugas. *sigh*

Being a marine biology major, most of my friends in college had their favorite marine mammal species. My friend Stephanie has always loved belugas and so I texted her after I saw them to let her know. It’s one of those funny things that you associate with someone and it is kind of hard not to associate belugas with her because she uses them in her email handles.

Someday I’d love to see them again and be able to watch them for a few hours. What an amazing and unexpected experience we had to get a few glimpses on our way to Anchorage!

*Note*: The other day I mentioned WordPress’ horrible ‘block’ writing system. There’s a plug-in to revert it back to Classic Editor: here. I used the first option and it has worked perfectly!