Because I take too many photos these days I’ve broke down the Carlanna Lake Trail into two posts, with this one focusing on the flora, fauna, and fungi we found. 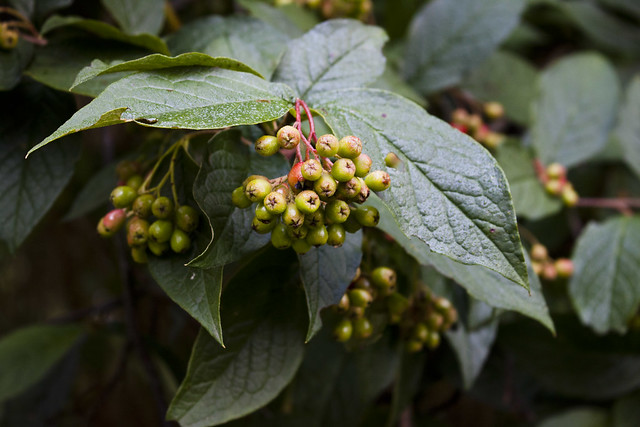 This was seen not far from the trailhead parking lot and honestly, I’m not sure what it is. iNaturalist suggested cotoneaster and the closest one I think that would be is Late Cotoneaster, Cotoneaster coriaceus. It is native to China and so I’m thinking this is an escapee from the neighborhood nearby. Again, not 100% certain on the ID. 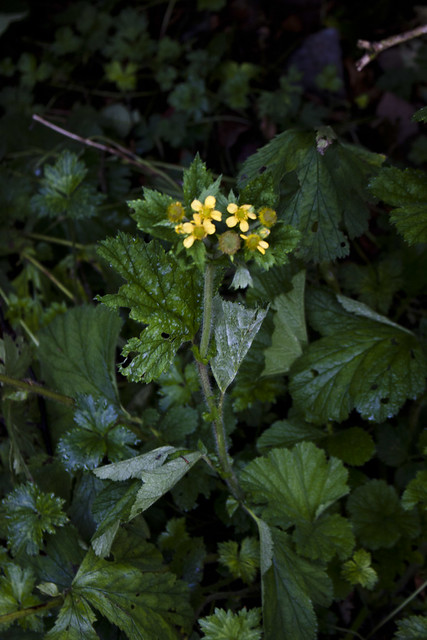 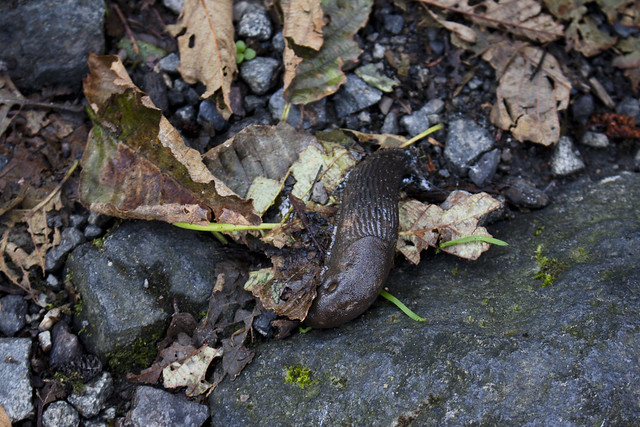 Slugs, so ubiquitous in the temperate rainforests–I think this one is an Arion sp. 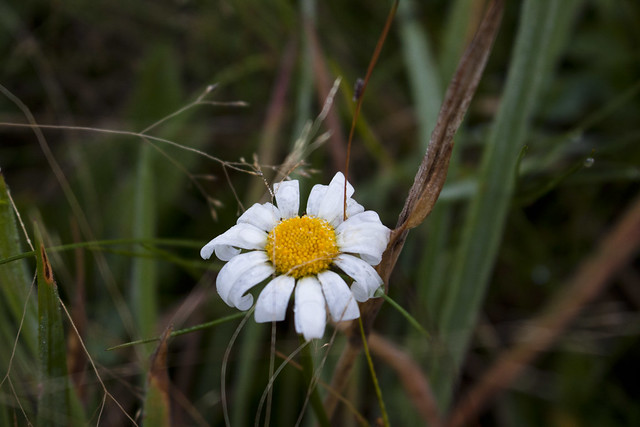 Oxeye Daisy, Leucanthemum vulgare, another introduced species. I saw this a couple of places in SE Alaska. 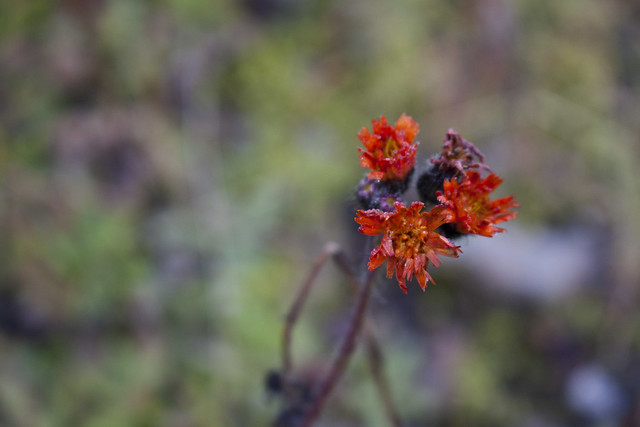 Orange Hawkweed, Pilosella aurantiaca—and what do you know, another introduced species! 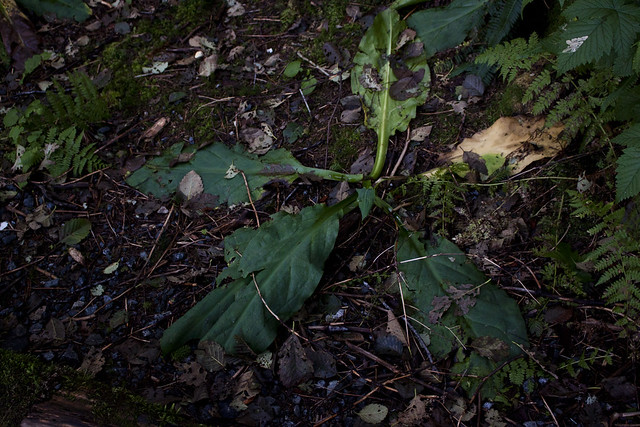 Western Skunk Cabbage, Lysichiton americanus. This one seemed familiar when I saw it as it reminded me of the skunk cabbage you see in the eastern US but I wasn’t sure if they were related. They aren’t the same genus but they are in the Araceae family so upstream a bit they are related. Very abundant in the streamside wetland areas here. 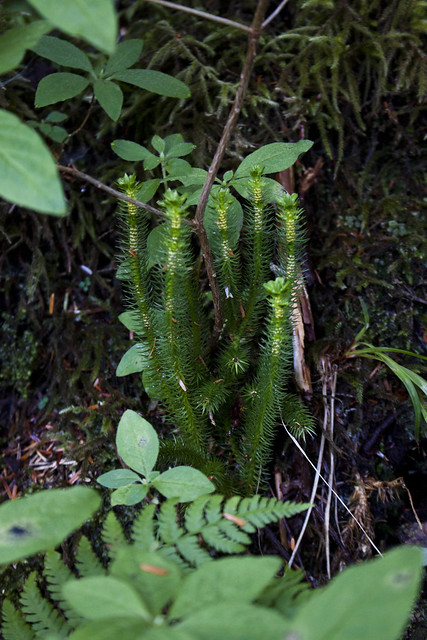 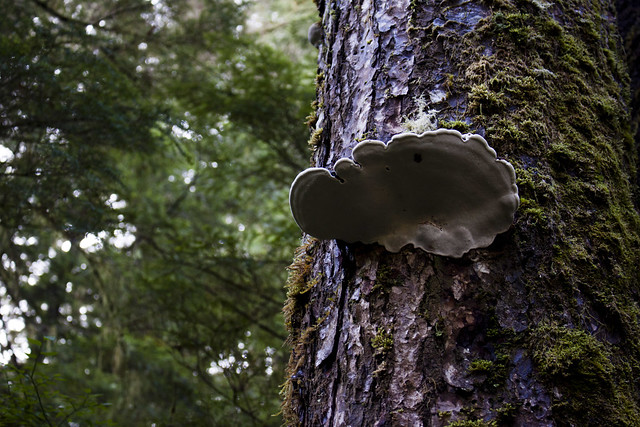 Since I don’t have a photo of the top of this fungi, I couldn’t figure out down to species but I believe it is in the Fomitopsis genus. 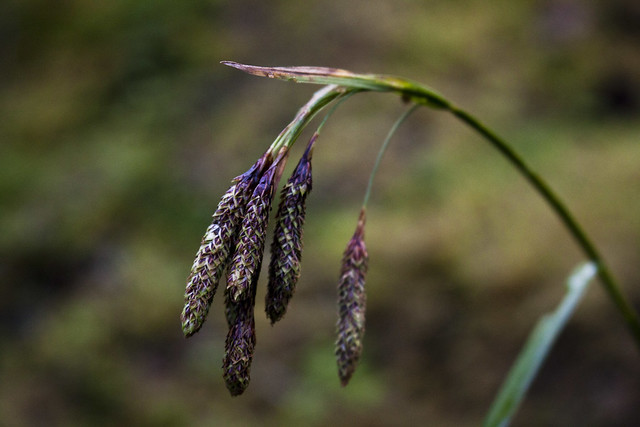 Mertens’ Sedge, Carex mertensii—this one is really lovely. Would love to have it on our pond! 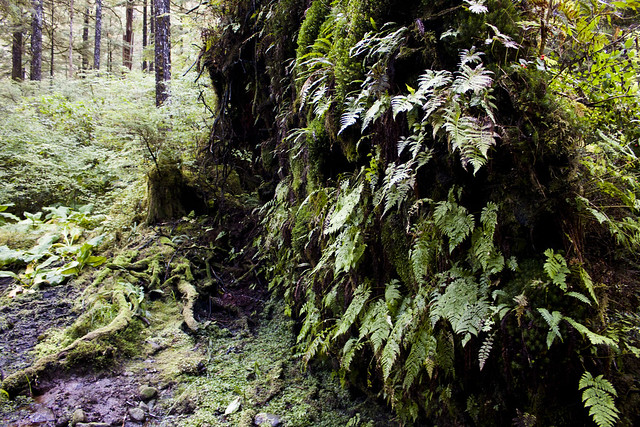 Spreading Wood Ferns, Dryopteris expansa, among a few other ferns on the underside of this fallen tree. 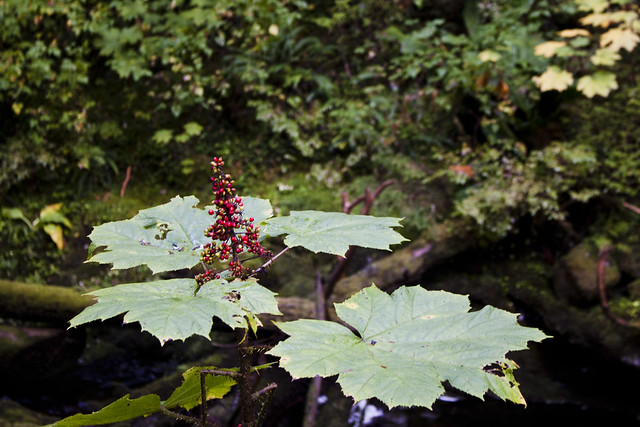 Devil’s Club, Oplopanax horridus. I would come to learn that this plant has a strong ethnobotanical tie to the area, represented in a lot of items for sale representing the local area—such as books, jewelry, postcards, etc—plus seeing tinctures, salves, and other medicinal products for sale in stores owned by members of the local tribes. 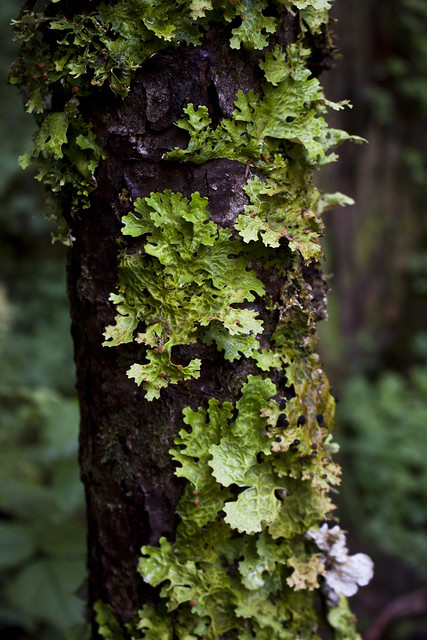 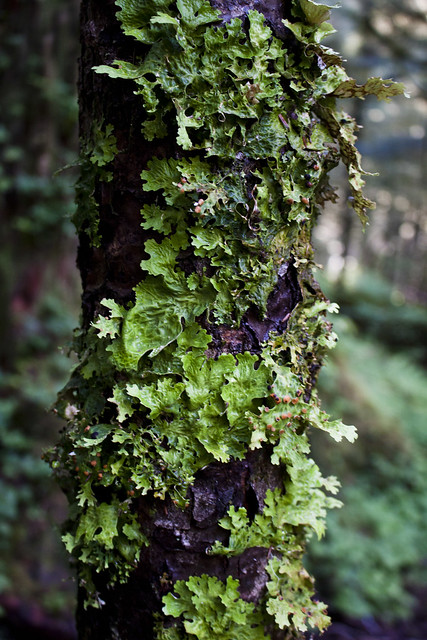 Tree Lungwort, Lobaria pulmonaria. Someone else suggested a different Lobaria species but it didn’t look that close to me. I’m sticking with this for now. Either way, I was enamored! 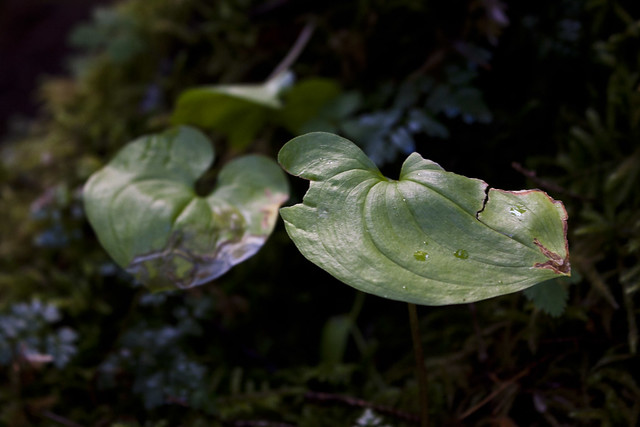 Western Lily of the Valley, Maianthemum dilatatum. When I first saw these I thought they would be some kind of wild ginger (not the tropical one, the Asarum version) but nope, completely different. This one also has ethnobotanical uses. 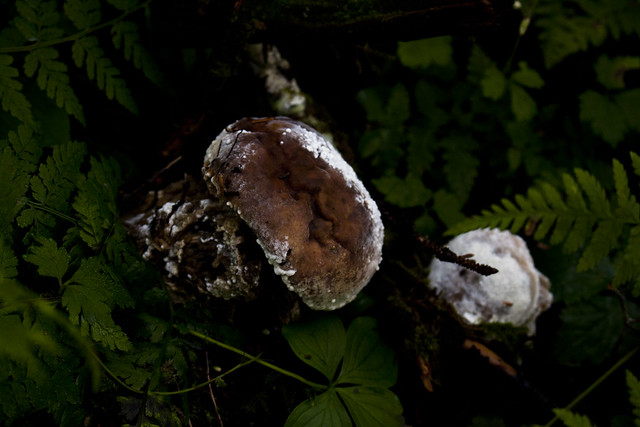 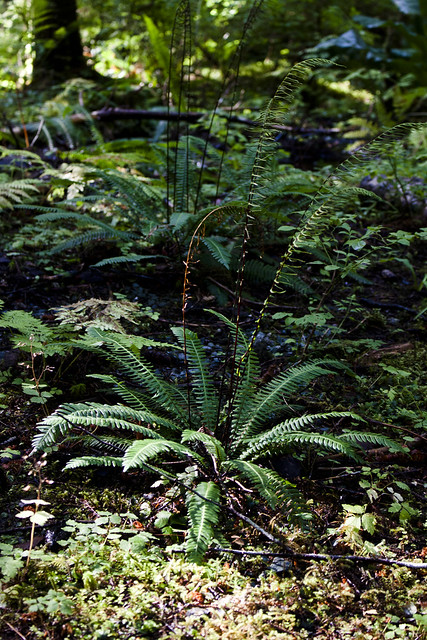 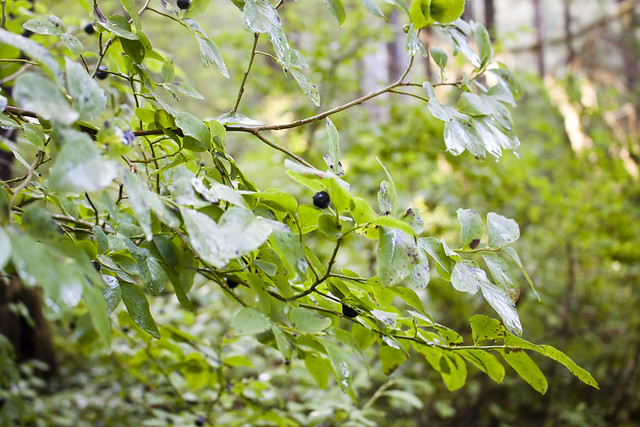 Oval-leaf Blueberry, Vaccinium ovalifolium but also possibly Vaccinium alaskense according to someone on iNat—apparently the berries were darker and that’s usually a characteristic of this species. Again, up for grabs if someone knows better! 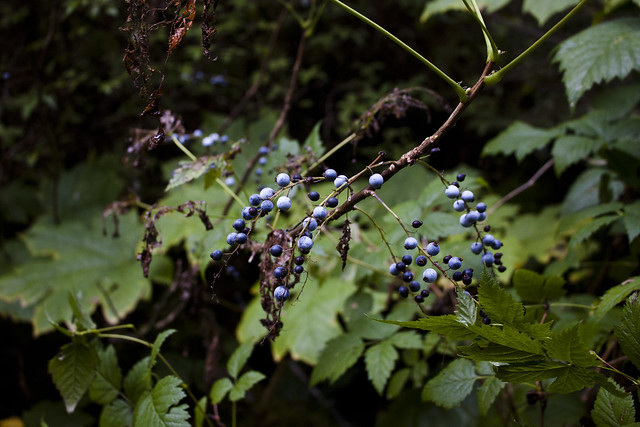 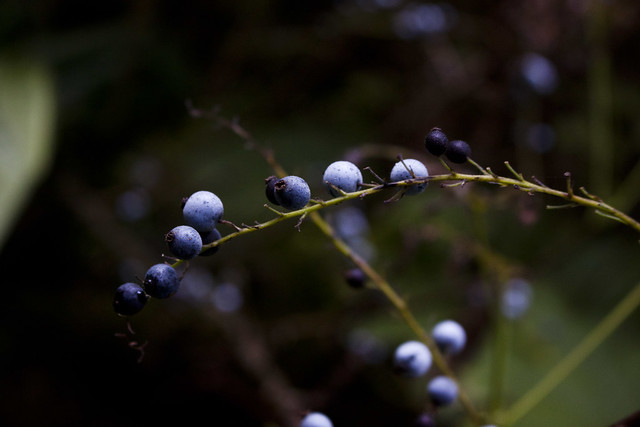 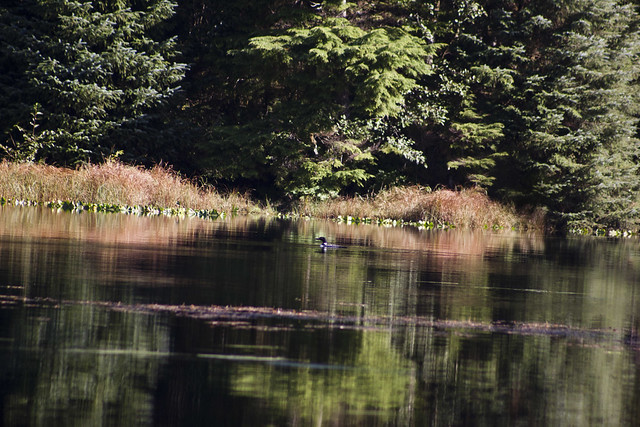 Common Loon, Gavia immer —hah my ‘duck’ from the post prior to this one!

Ahhh, I wonder what the lake looks like now in mid-October?