These reads have been culminated throughout the years. I’m sure I’ve forgotten some that should be included. Send me your favorites that I should read!

Into Thin Air by Jon Krakauer
Most everyone is familiar with this book or at least the story behind it, the tragic 1996 climb of Mt. Everest in which 8 died and many more lost limbs and were injured. This was my first Jon Krakauer book and read it a lot of while doing a short backpacking trip in central Florida a few years ago. I think a lot of people, ok, a lot of outdoor people, have climbing Mt. Everest on their list of things to accomplish, whether they believe they will do it or not. After reading this book I decided going to base camp would be good enough for me! Krakauer discusses all the possible ways to die, pulmonary and brain edemas, not to mention hypothermia and freezing to death. He also touches on the history of the mountain, the history of using Sherpas to obtain the summit, the use of oxygen and going without. There is another book about this same 1996 summit attempt by another hiker who happened to be there and I would like to read it sometime because it apparently offers some counter arguments to Krakauer’s book in regards to safety and quality of those guiding the climbers to the summit. I definitely recommend this book if you are looking for an adventure story for an adventure that you might not ever get to take.

A Walk in the Woods by Bill Bryson
Originally I found this book to give to a coworker for a Christmas present several years ago. The bear on the front cover attracted me to it and so I snagged it up without really knowing what it was about other than hiking and the outdoors on the Appalachian Trail. At that point in time hiking the A.T was a theoretical idea on a piece of paper in a journal, something that was not probable and just something I would write as a dream. It’s funny looking back on the story now and comparing it with my actual knowledge of the A.T, I really thought the trail was more quiet than it actually was and much more remote than it actually is! He would talk about these towns like Gatlinburg, Tennessee and you could imagine the chaos and craziness of the city. When I read the book I didn’t really understand what a thru-hiker was, not knowing that while Bryson hiked a decent portion of the trail, he did not hike it all nor has he even summited Katahdin in Maine and yet he considers himself a thru-hiker. Most people on the A.T have read the book and it often is what inspires them to get out and complete the trail. When we encounter non-hikers and tell them we hiked the A.T they always tell us they ‘read the book’. Which means they read A Walk in the Woods. Though, Bryson writes about the Approach Trail at Amicalola Falls State Park and the overloaded and overweight packs, sometimes complete with cast iron pans, with people ditching weight here and there along the trail, we did encounter a few people like that, though no cast iron pans. Our first day out on the Approach Trail we saw two guys in their 20s with packs that looked to be about 60 lbs or more and incredibly cumbersome. We have no idea what came of them and never saw them after that. While it is a great beginning entrance to the A.T there are others out there that are even better and more in depth about what trail life really is like. Bryson is an enigmatic writer and can easily keep your attention.

AWOL on the Appalachian Trail by David ‘AWOL’ Miller
This book I bought while at an REI store in D.C when I had some downtime during a business trip. We were in the beginning stages of planning our A.T hike and Chris wanted me to scout some gear prices and quality, so I picked up this to read on the way home. It is written in a journal style and discusses the trail more in detail than A Walk in the Woods. AWOL also writes about injuries and obstacles he has to overcome like leaving his children and wife back at home in Florida to accomplish his goal of hiking the trail. AWOL has now come out with a companion thru-hikers book to the book that the Appalachian Trail Conservancy sells for thru-hikers, listing shelters and town information and important mileage data including elevation profiles. It is probably the second most popular trail guide right now. We were able to meet him at the opening of the A.T museum at Pine Grove Furnace State park in June 2010 while on our hike and then later on while we were hiking the Florida Trail we met him again at his house where he was hosting a group of other Florida Trail hikers.

Barefoot Sisters: Southbound and Walking Home by Lucy and Susan Letcher
These two books also chronicle the A.T (sense a theme here?) but they are about two sisters who walk barefoot on the trail for the majority of the time. They begin their adventure walking south from Maine to Georgia and once they get close to Georgia they decide to turn around and walk back home to Maine. They are the most in depth of A.T books I’ve read, taking turns each chapter for the sisters to write about their own experiences on the trail. I could feel similarities between hiking with Chris, a husband, and the two sisters hiking together consistently, the strain of having to deal with each hiker’s emotions and challenges but also the comfort of having someone you know being there to help you through the rougher days and to enjoy the wonderful moments. I love these books, mostly because they do things in quite a different way than the average thru-hiker, taking a lot of time to hike the trail, taking a lot of time off the trail in winter—and winter hiking in general. Plus, going barefoot. If you really want to experience the AT, try this book. The sisters were in Maine in 9/11/01 so it is an interesting perspective, too, coming from being in the woods and life is beautiful to a terrible tragedy.

Under the Tuscan Sun by Frances Mayes
This book isn’t adventure in the outdoorsy sense, but adventure in changing lifestyles. I’m sure most of you have seen the movie and while there are parts of the book that are simliar to the movie, they are most definitely not the same thing. The author did give her blessing for the changes, though. I should note that this is not a book to read when you are hiking 2,000 miles and are hungry. I picked it up in Vermont and finished it on the next to last day of our AT thru-hike. What I loved about this book was the imagery, imaging the old Roman ruins and ruins older than that she would find on her estate. Discussing food and friends and the Italian culture, this book made me want to visit Italy. And it made me want to eat. She has a few follow up books on her transition to Italian life that I need to find some time to read.

The Dirty Life by Kristin Kimball
Another book about life transitions, the author is a writer that is firmly rooted in all the trappings of conventional life in New York city until she goes to interview an organic farmer. It’s love and so the two slowly decide to move in together but in the meantime they are planning the large organic farm co-op that is his dream and slowly becomes hers. The move to rural Vermont (New York?) where they lease some land from a friend for a year. Kristin discusses the ups and downs of planning this farm, from what they will grow and raise, including farm animals, how they will live, the depth of working a farm and what toll it takes on the two of them but how it also brings them together. Now, this isn’t just a normal organic farm, they also do it all the old fashioned way, with horses to pull plows and all the things you’d see Pa doing on Little House on the Prairie. Kimball describes the long days as achingly tired but incredibly rewarding at the same time. It definitely puts a new perspective on organic farming!

Between a Rock and Hard Place by Aron Ralston
If you’ve seen the movie 127 Hours this is the book that the movie is based on. I wouldn’t have thought to read the book but our library had it so I gave it a whirl despite knowing the story since I’d seen the movie. And if you’ve seen the movie it is a pretty accurate account, but the book goes into more details about his other adventurous hijinks and near-death adventures. Aron is/war an extreme athlete and accomplished in skiing, rock climbing, running and at one point was part of a search and rescue team. He was normally very prepared for his backcountry activities and at the time of his accident had been working on climbing all of the Colorado 14ers in winter, solo. He describes a few climbs that would definitely have me sitting at home on the couch and enjoying hot cocoa instead of risking my life! But like all experienced outdoors-people, sometimes we get a little too relaxed and his unfortunate lack of oversight was to not inform anyone of his whereabouts at this particular canyoneering trip. And it was of course the dumbest thing that set the whole accident off, a boulder that had been in the position for decades, perhaps thousands of years, happens to move at the very instant he jumps from it. How many years had that same boulder been through flash floods? The whole preposterous situation is analyzed by Ralston several times during his six days stuck in the rock. This book is highly entertaining and is a page turner. Perhaps on the more grotesque side and something I wasn’t expecting, is that there are pictures in the book. At first I thought it was going to be just photos of him and his previous trips until I turned one page and there it is, his sawed off hand stuck in the boulder. It’s pretty disgusting and yet very curious.

There are lots of adventure reads out there, tell me your favorite! 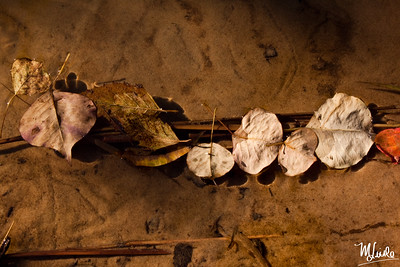