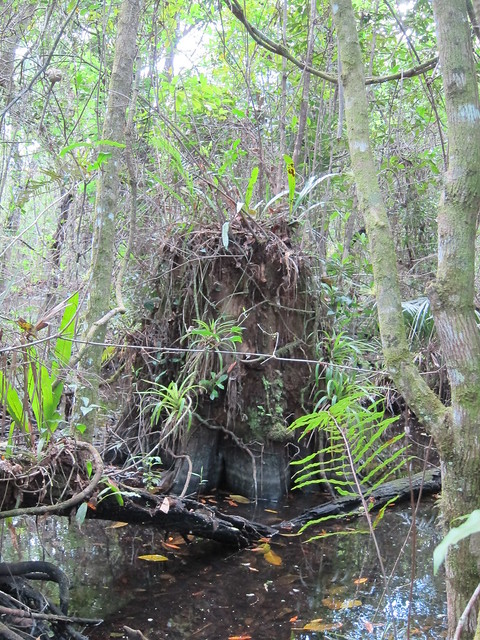 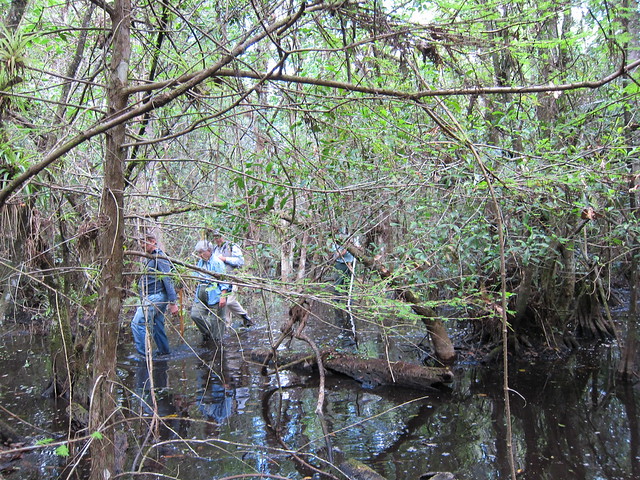 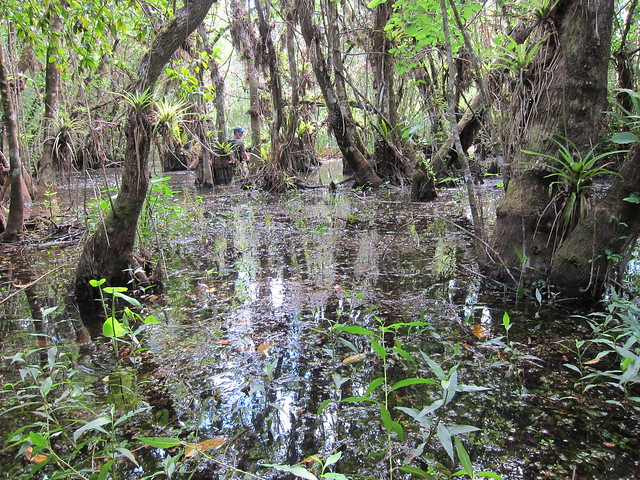 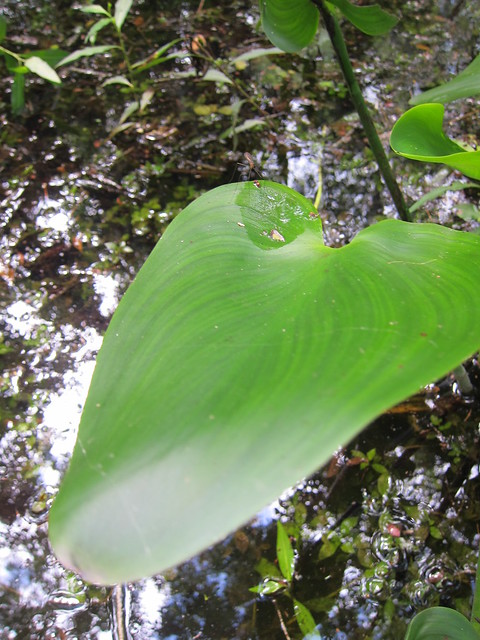 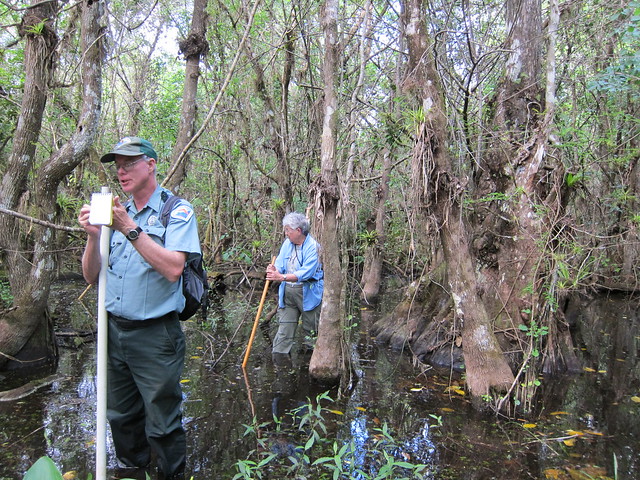 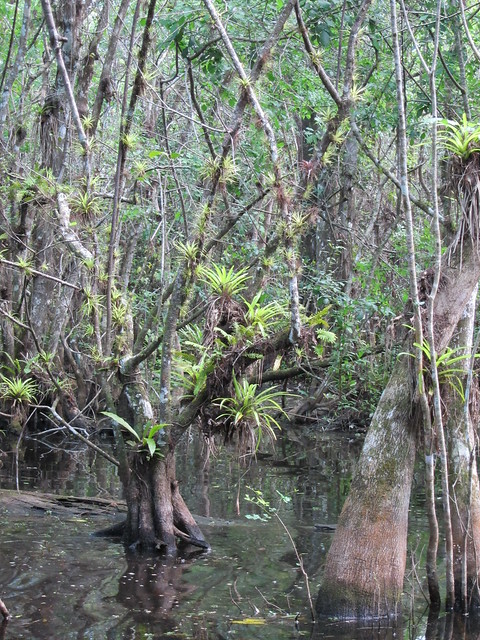 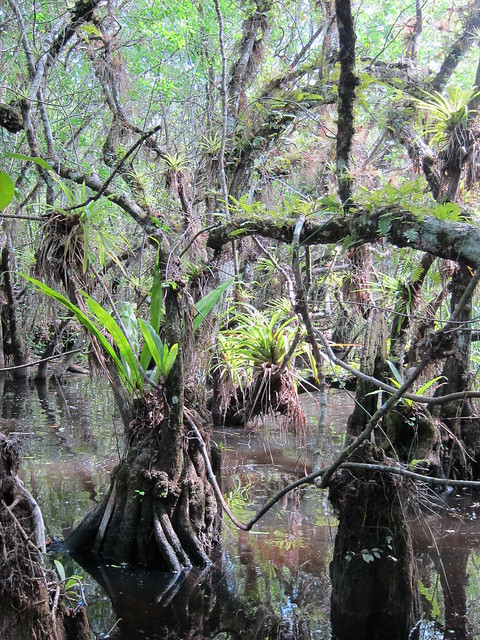 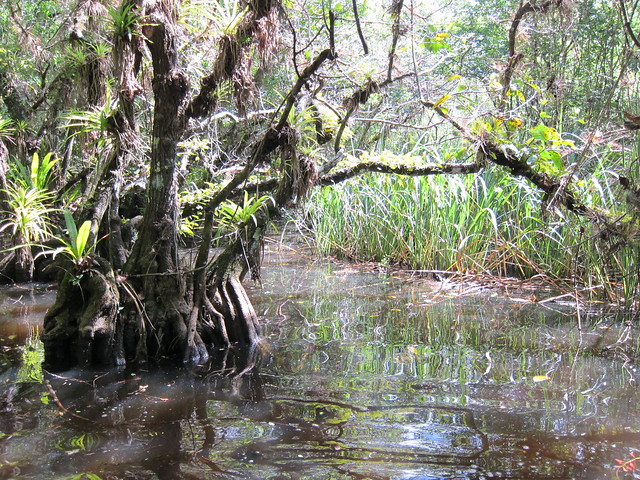 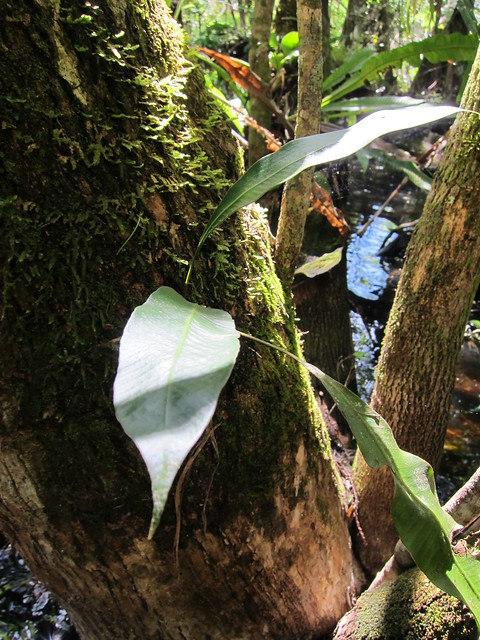 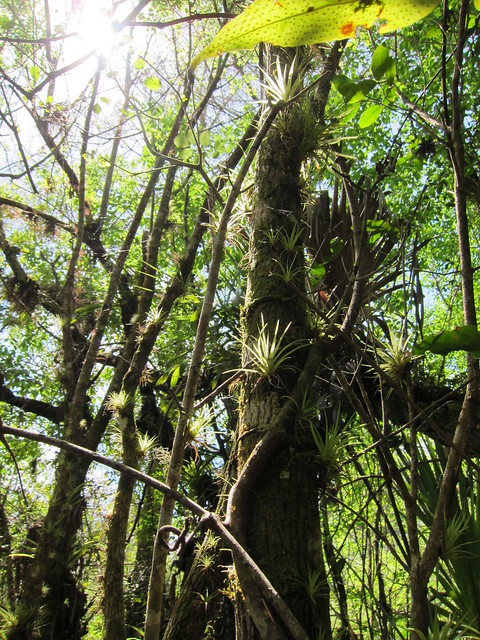 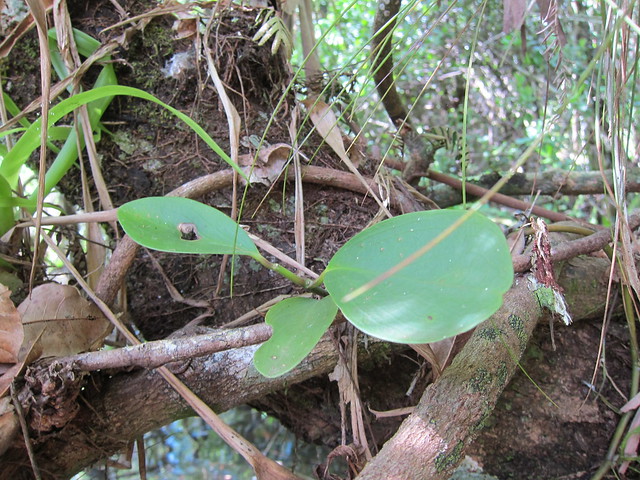 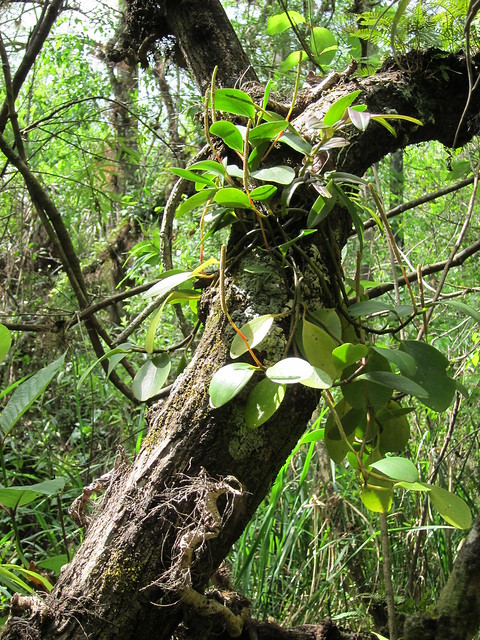 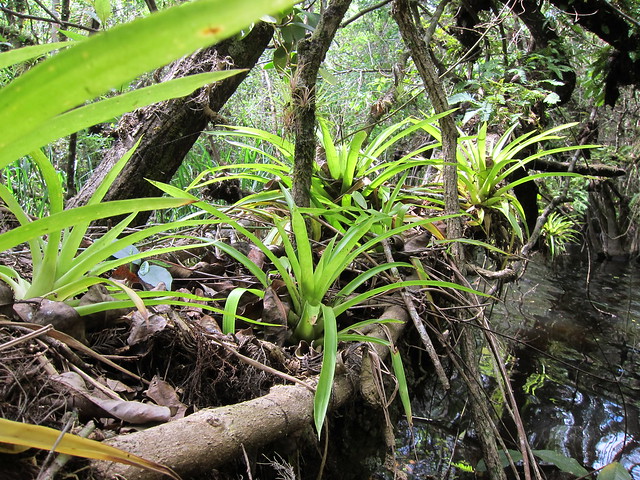 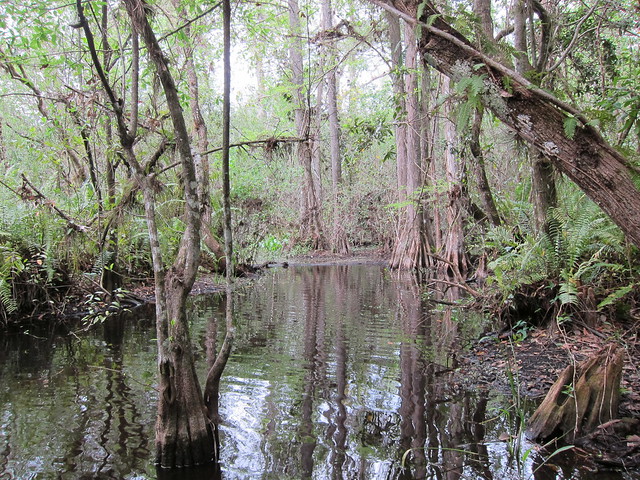 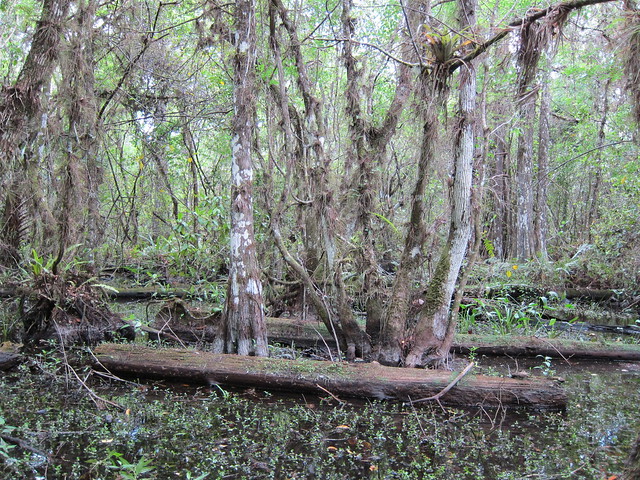 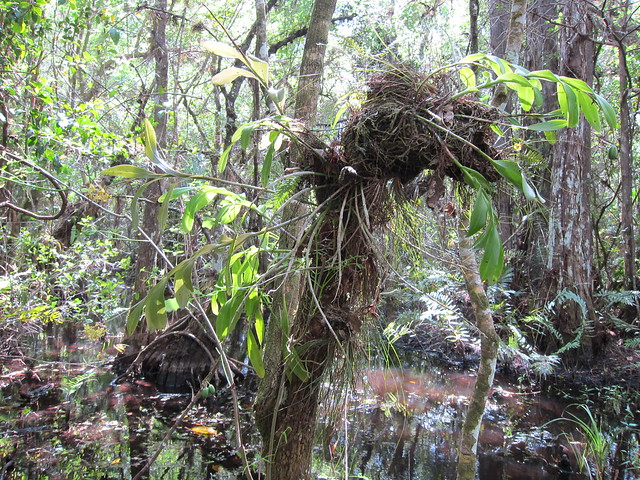 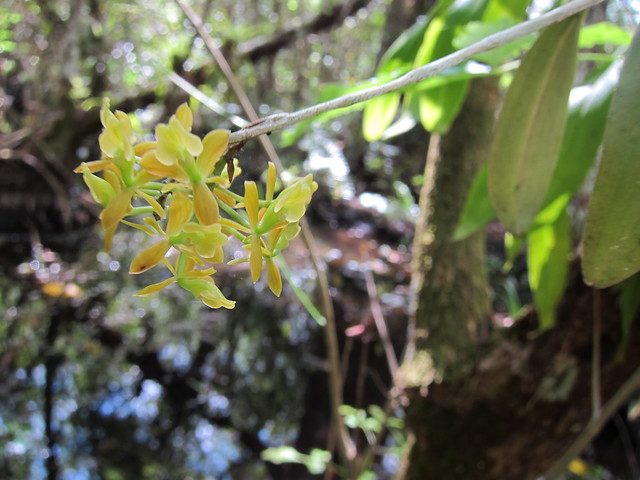 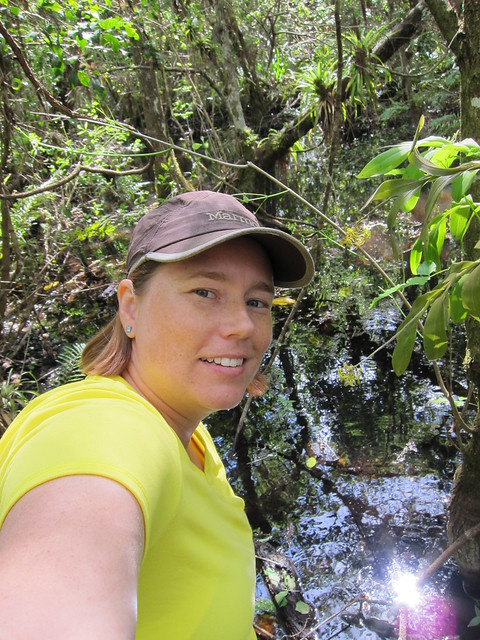 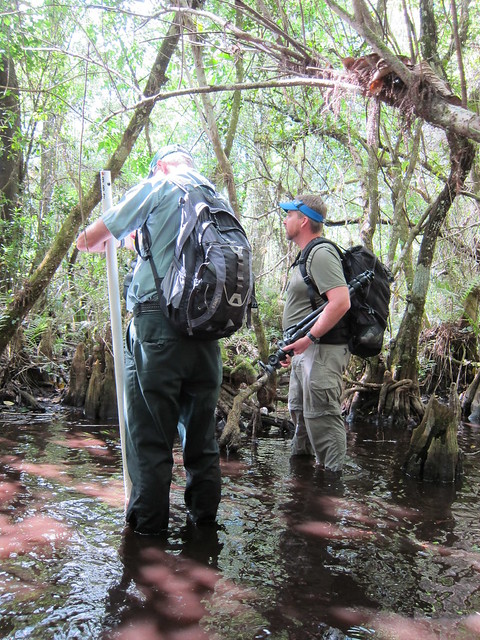 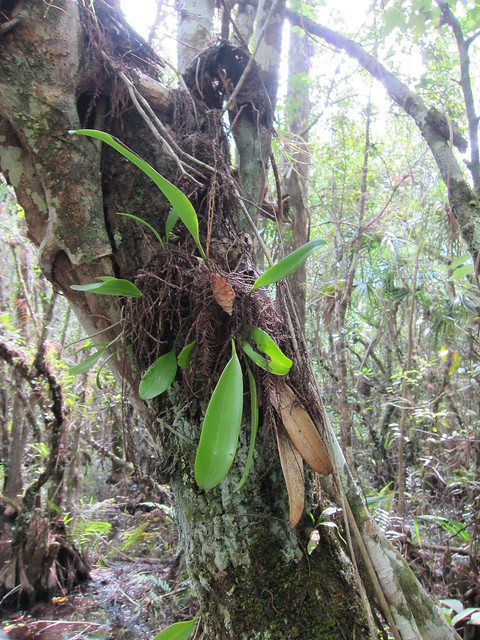 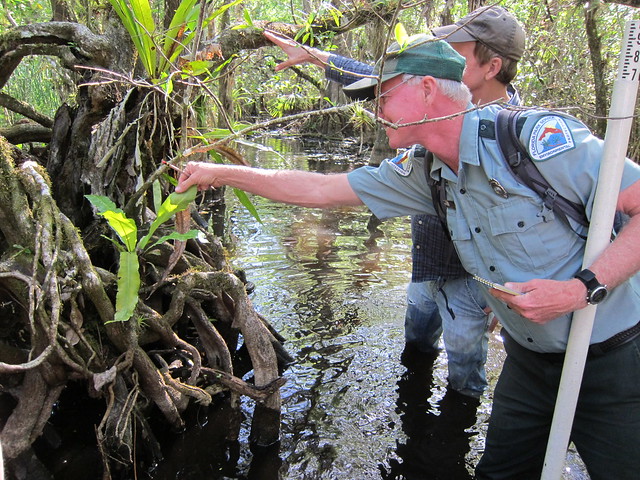 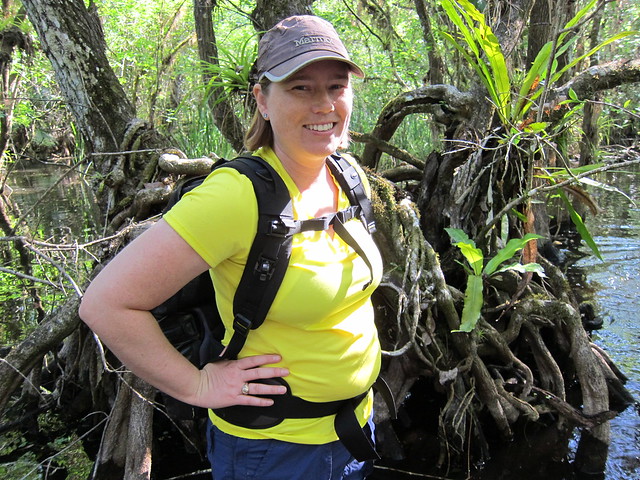 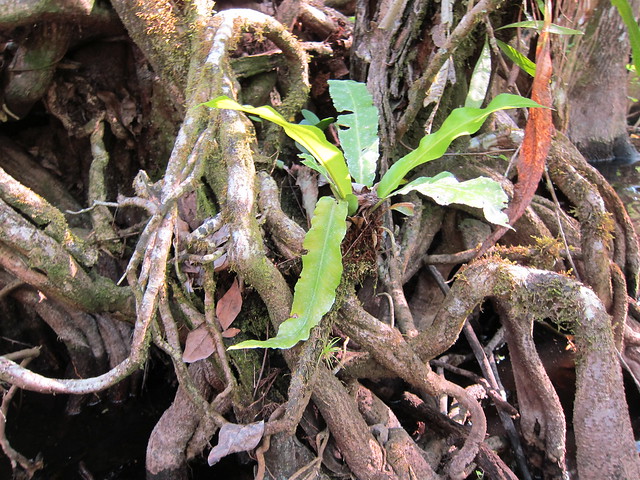 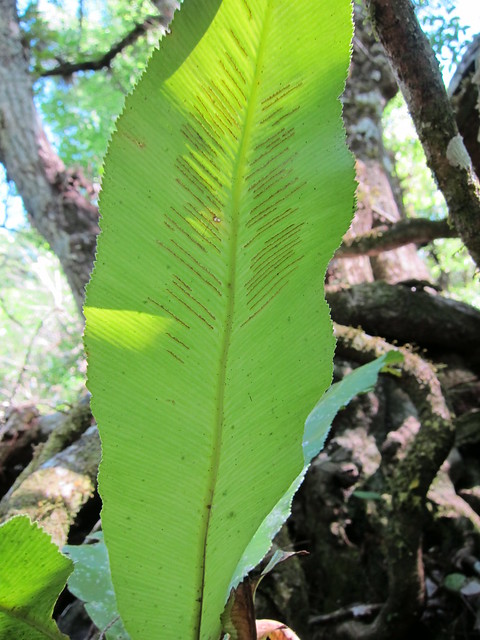 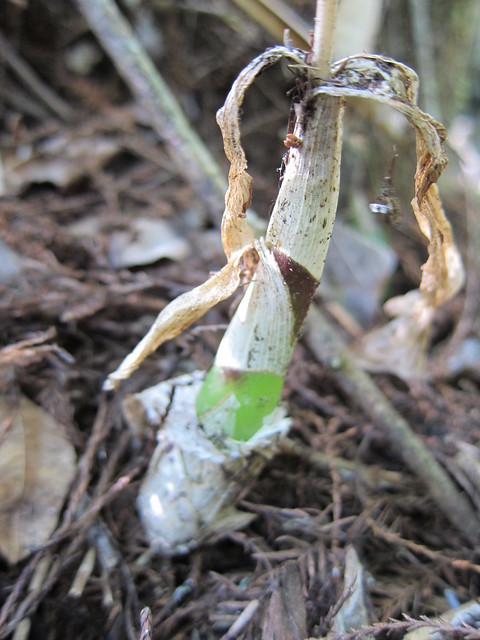 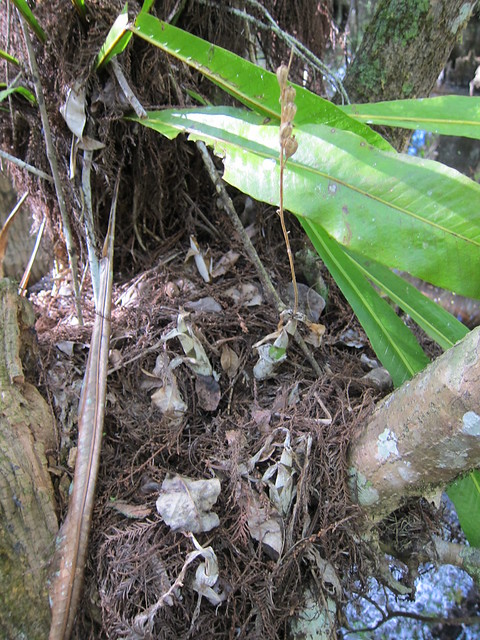 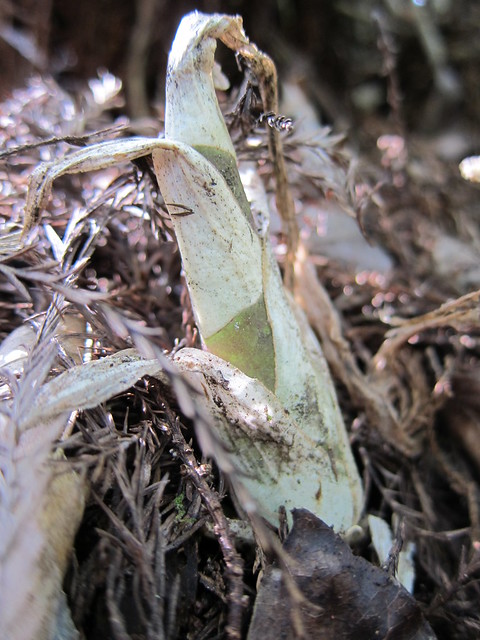 Our first day in Fakahatchee for the yearly Central Slough Survey, we joined park biologist Mike Owen and several other botany and plant enthusiasts for a slow slog down Mink Slough. The best thing about walking through this slough was the generally it was fairly easy walking with little bushwhacking. The Central Slough Survey is conducted by Mike and some other trusted folks who are on the lookout for rare plants. Some plants on the radar are those that are thought to be extirpated from the park. Back in the 40s and 50s the swamp was logged and throughout the swamp logging trams were built in order to reach the furthest depths of the slough. In addition to the logging there were plenty of people who came and poached the orchids. Of course this area wasn’t protected at that time so it makes sense that there was poaching, but it is difficult to really get a grasp on what was even lost.

Mike can only get to so many places in the park and often relies on other people who are out exploring to keep him updated on the status of particular plants or even animal sightings such as panthers or bears. When one hikes with Mike out in the swamp it it wise to know that it will be slow going since Mike takes notes on the status and estimated amount of plants, particularly epiphytes, in various areas of the swamp. Our goal for hiking down Mink Slough was to get to several remote ponds. Due to the slow going of the day we only made it to a couple of ponds before hitting a tram and having to turn around mid-afternoon.

There was definitely one noticeable change out in Fakahatchee, the loss of a lot of bromeliad species. The Mexican bromeliad weevil has decimated the giant airplant population in Fakahatchee so much so that the park is now collecting any flowering and healthy plants and giving them to two botanic gardens in the state in order to propagate new plants so they can be reintroduced later again in the park. The giant airplant isn’t the only bromeliad taking a hit, the Guzmania monostachia have taken a big hit as well. Certain areas that were covered in the bromeliad are virtually empty now. There was even a rare version of this plant that was variegated and we didn’t see a single one of those while out there. You can see one of our previous finds here.