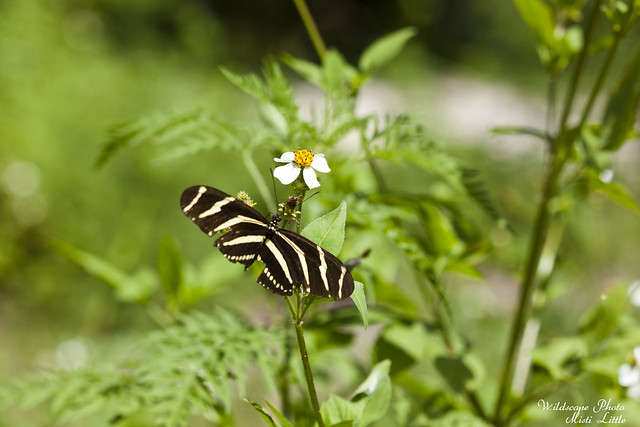 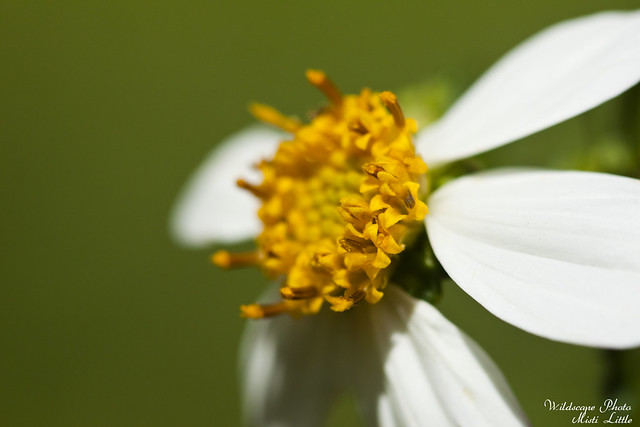 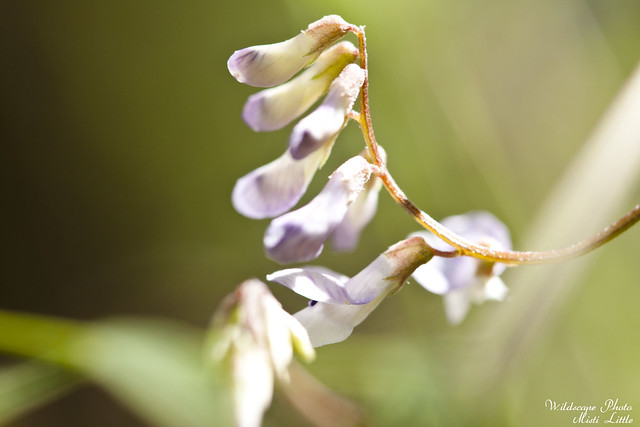 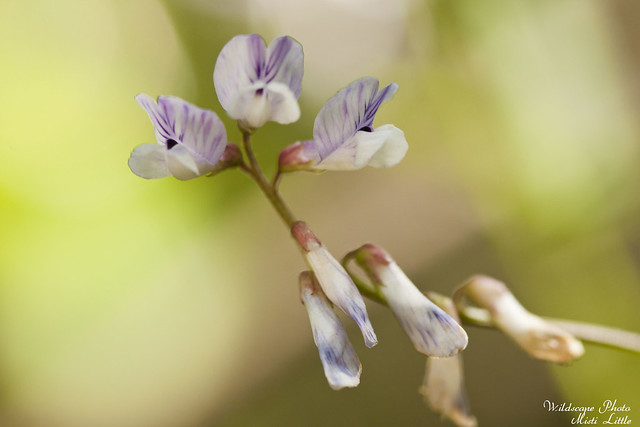 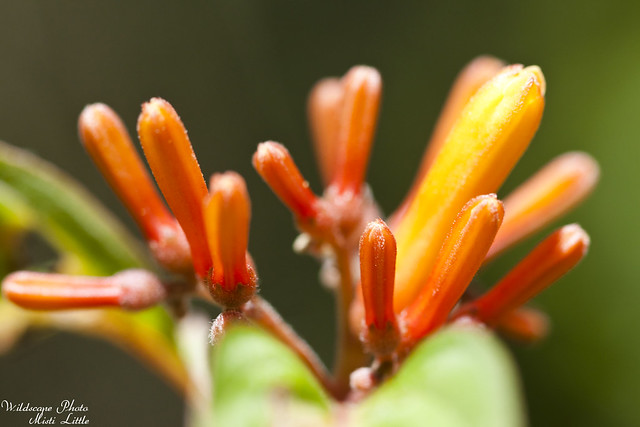 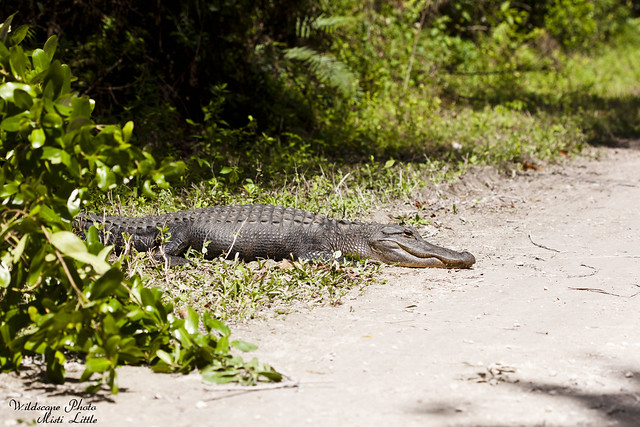 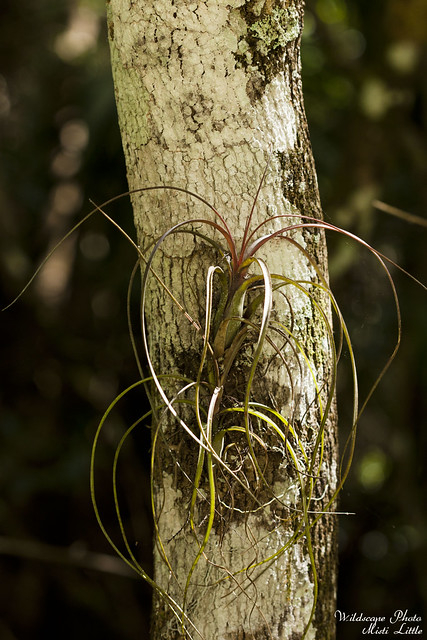 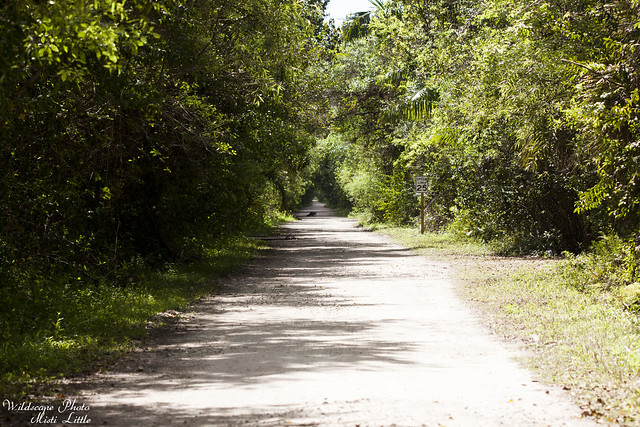 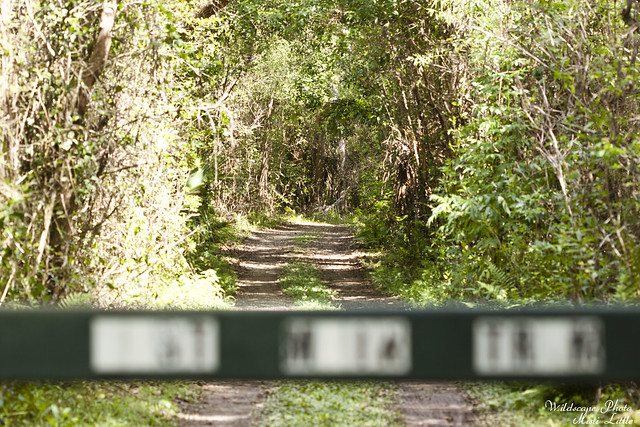 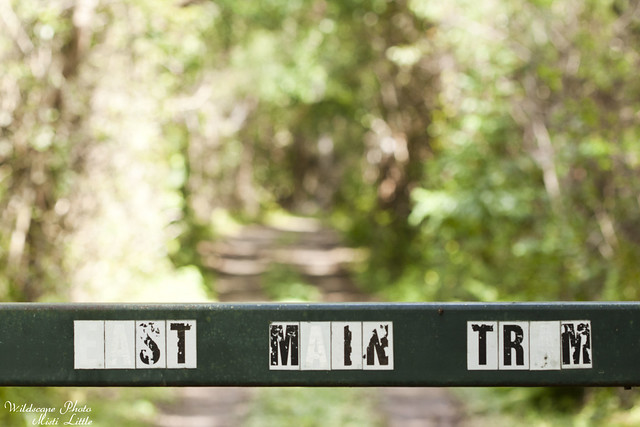 On our last day of our swamping trek through Fakahatchee Strand back in early March, I spent most of the morning hanging out at the parking area on Janes Scenic Drive at the East Main Tram gate. Chris was going out into the swamp with a few of the others that morning and I was not up for another morning in the swamp. I was still dealing with some mild morning sickness and general malaise at that time and preferred to just soak in the time spent at the cabin in the morning and relax a bit.

I was really hoping to spot a panther crossing the road in the distance—or maybe up close—while I meandered around that area, but there was no such luck. In the third to last photo I spotted something moving across the road only to look through my lens to see that it was an alligator moving to sun itself in the middle of the road. The closer photo of the alligator, well, he surprised me. I was rambling along taking photos of the fire bush when I looked up and saw it sunning 5-10 feet away. Startled, I jumped back and gave it plenty of room and moved to the other side of the road. It made sense for alligators to be out on the road. The ditches were still in the shade and the water had a bit of a chill to it since it was still early March and a cool front had come through. Sunning in the road would provide the warmth they were seeking.

Chris returned to the car sometime around lunch time, having hiked the 2 miles from the cabin. I’d caught a ride with another member of the exploration party so I’d avoided the solo walk down the tram—plus I had all of our gear to haul back. Chris was on the lookout for a panther print in the mud so that he could take a cast of it. We went off down another, muddier tram looking for prints but found none.

I remember our first trips to Fakahatchee back in 2004 and 2005. I remember the first time we saw a leafless orchid. We got so excited that it might have been the elusive ghost orchid, but instead we found out it was the bent spur orchid, Campylocentrum pachyrrhizum. It was on the west side of a royal palm just off of another narrow, overgrown tram. A few years later the orchid was stolen, ripped from the palm.

So much of Fakahatchee is barely explored. It’s a place I miss, probably not as much as Chris, but I miss the remoteness that one can feel just going a few hundred feet into the swamp, even more so when you dip deeper into the sloughs. It’s one frustrating thing about Texas, how vast this state is but how little public land is available to explore, to give you that sense of remoteness. In the time that we’ve left Florida social media has helped spread the word about swamp hiking. This can be a good thing—getting people out of their comfort zone, understanding what’s in their backyard, and not being afraid of swamps and wetlands as valuable places for recreation. And it can be a bad thing—people sharing sensitive locations, more foot traffic going to sites. It’s definitely changed in the 10 years since we started exploring that part of Florida and of course will continue to change as time passes.

There’s still a few bits of Florida I need to share from our trip and hope to get to those soon!