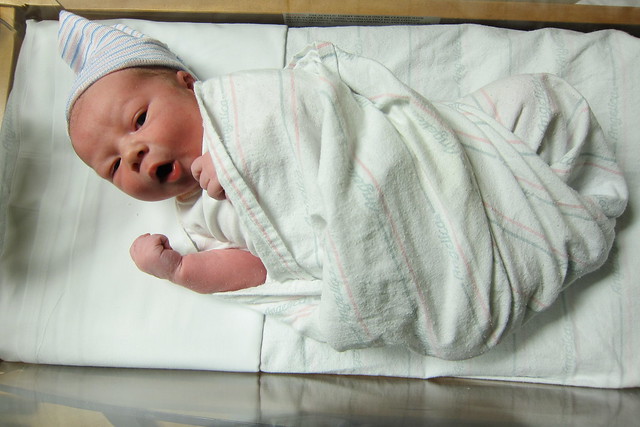 Forest Katahdin, born 9/3/2014 at 12:12 am. He shares a birthday with my paternal grandfather, who unfortunately Forest won’t get to meet since he passed away two years ago.

Almost 24 hours ago this little dude arrived into the world! It’s hard to believe it has already been a whole day since he came into our lives. We’re pretty smitten with him! He’s was a big guy, too. Not the 9 pounder the ultrasound estimated but close, coming in at 8lbs 12.3 ounces. So far he’s a pretty good baby and doesn’t really cry unless he’s getting his diaper changed. We’re working on keeping his blood sugar up since he’s a bigger for term sized baby and are having to supplement with formula while we work on breast feeding as well. So far it has been working and we’ll keep it up until my milk actually comes in here in a few days.

There’s a whole long birth story to be written, but I’ll just say my birth plan was basically turned upside down and shredded. There’s so much to write and share about this little guy! I’ll be back in a few days with more.