Typically Chris and I like to do something ‘different’ for Thanksgiving each year. It was something we started when we lived in Florida and had to decide about going home during the holidays. After the first year or two we didn’t really go back to Texas all that often, mostly because it wasn’t in our budget to do so. Because four days off at one time is a precious commodity, we usually took advantage of the days to go camping somewhere. I wrote up our Ghosts of Thanksgivings Past back in 2010 when we were stuck in deep East Texas doing field work for Thanksgiving. We worked that day and then headed into Nacogdoches to eat at the now defunct Fredonia Hotel. Maybe we saw Harry Potter??? My memory is fuzzy.

This Thanksgiving we were planning to camp over at Inks Lake State Park and had made reservations in advance back in September. Early reservations are essential for state parks in Texas because slots fill up quickly. As the weather forecast came into play last weekend we kept a close eye on what might be happening around Thanksgiving weekend. It was looking iffy 7-10 days out but that started becoming more cemented into being the closer we edged to the day itself. Rain and cold might be tolerable to two adults who backpacked 3,000+ miles over the course of a year, but throw a 15 month old into the mix and it sounds like a bad, bad plan.

So, we cancelled. Instead we opted to stay home and then come up with something else to do for the weekend. For Thanksgiving we cooked the turkey Chris had bought that we had been planning to take with us on the camping trip and threw a last minute meal plan together. Chris managed to get one of the last frozen pumpkin pies at Krogers but we could have made do with the ice cream in the freezer.

To go with the turkey Chris made his speciality mashed potatoes (really, the secret is the garlic and sour cream!) and I made this sausage and cornbread dressing that I had made at least twice when we lived in Florida. I did not stuff it into the turkey. We forgot to make the yeast rolls but that didn’t matter. We’d filled up on Rotel and chipsm and sloshed back with hard apple cider while we cooked.

The day was rather lazy with lots of playing and cartoon watching. Forest has begun to master walking, finally, this week and cannot get enough of it! It is now a new phase around these parts!

The best part of the day was I managed to get two naps out of Forest! That has been rare on weekends with him lately. It was nice to take cuddly naps with the little guy on a cozy, lazy day.

I took some photos and of course did not remember to get any of myself. I really need to start doing some timer set self portraits. 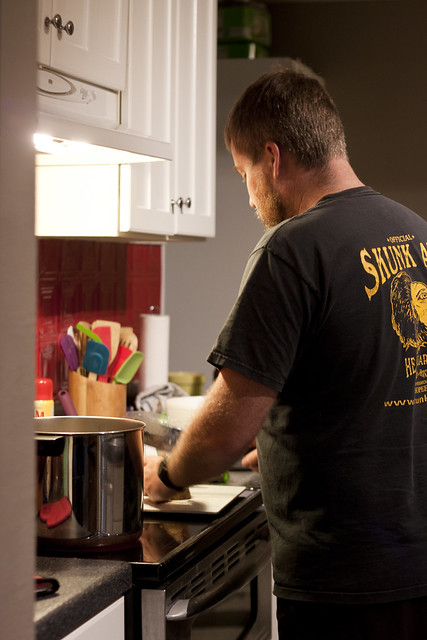 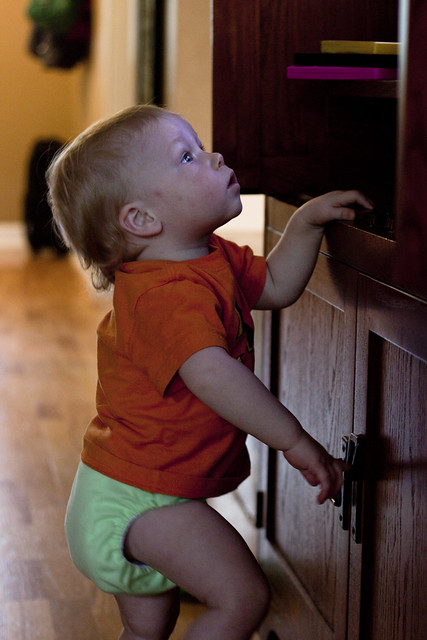 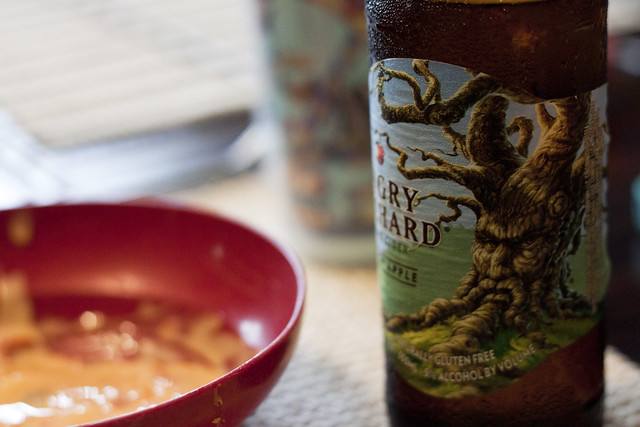 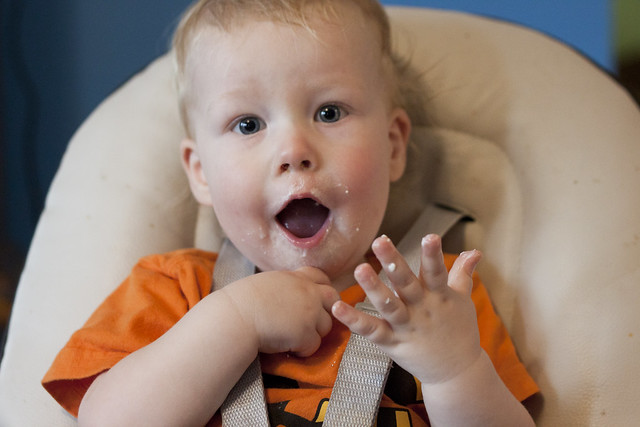 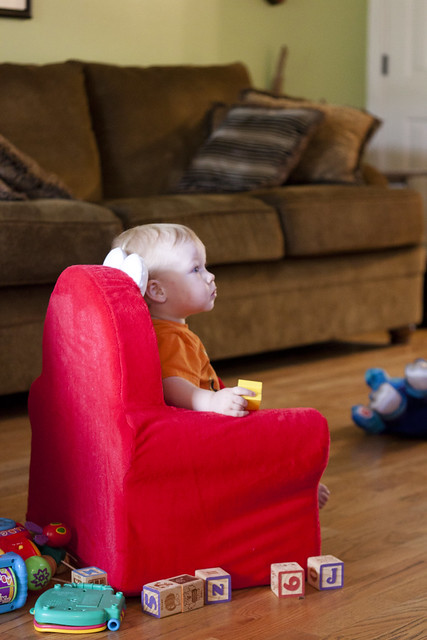 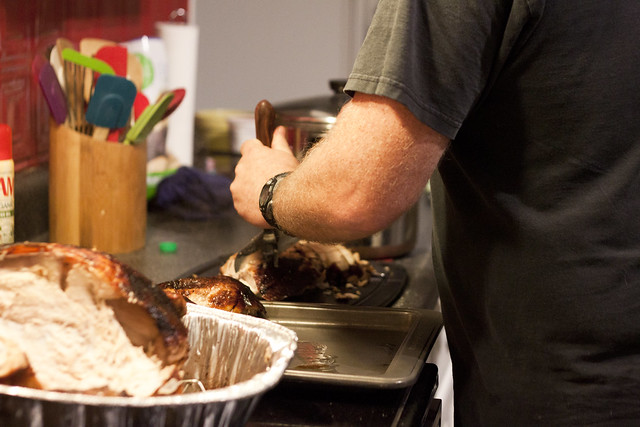 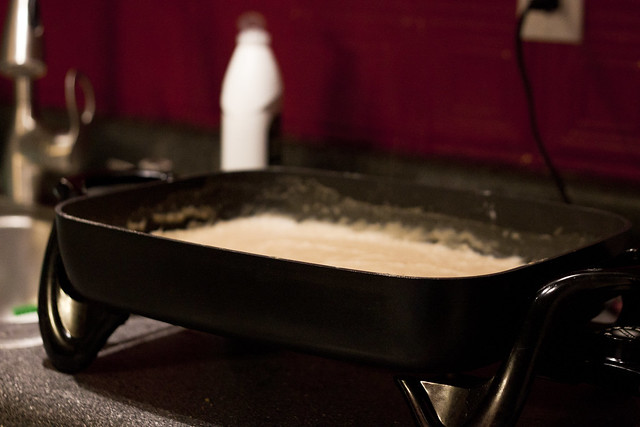 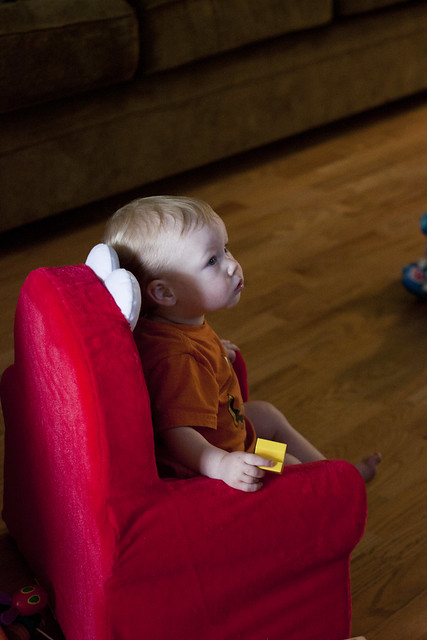 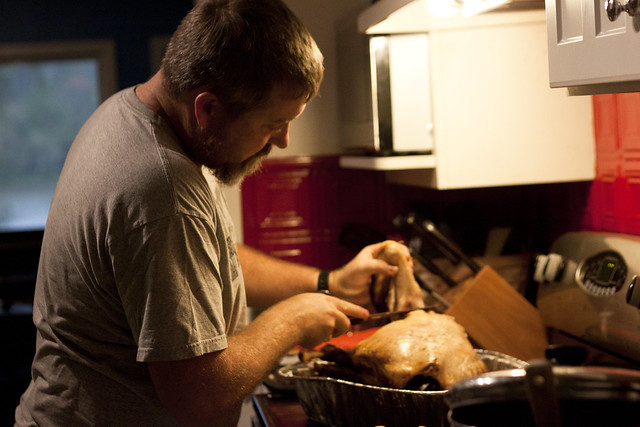 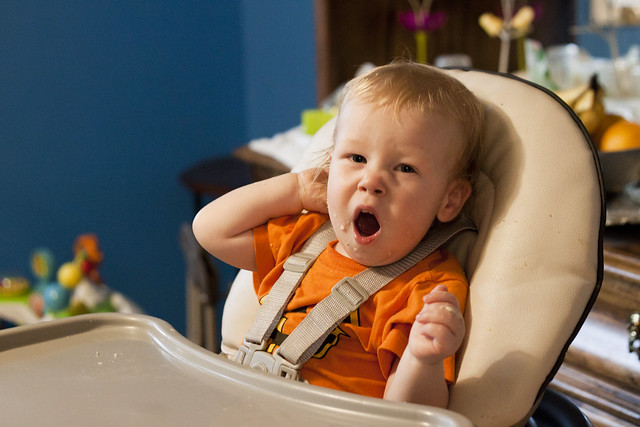