Thanksgiving, and our typical camping ritual, came as a much needed respite this year in the post-election angst and haze of the last few weeks. Weather is always the factor on if a camping trip will happen this time of year; last year we were rained out and changed our plans for a weekend in Galveston. It appeared that the weather was going to mostly cooperate so we headed off for South Llano River State Park which is west of San Antonio off of I-10 near the town of Junction. The drive out on Thursday went as smoothly as it could go with a stop at Buc-ees to pick up lunch to eat somewhere down the road since most restaurants were closed for the holiday. We stopped in Fredericksburg to eat lunch and despite most of the businesses in the historic downtown being closed, there were quite a few tourists out walking the streets. After our lunch and a playground pit stop, we kept heading west and arrived at the state park mid-afternoon to set up camp.

Sometimes when you get to a state park you aren’t quite sure how their campsites will be situated. Often you will find crammed together sites that were poorly planned or have a hard time finding a good place to situate your tent. Site 33 turned out to be spacious with lots of room for a toddler to roam and plenty of space between our neighbors. Honestly, most of the campsites here were well planned and I don’t think you could really go wrong when choosing a site.

The trail system in the state park was much more robust than I had thought but we only had a little time before dinner so Chris, Forest, and I opted for a short but semi-steep hike up to a Scenic Overlook. The sun was out and the air was warm and our out-of-shape selves had to take a few stops to catch our breath on the way up. The trail to the top was an old road; the property was formerly a homestead and ranch so some trails are really just former roadways.

Our legs stretched out from the car ride, we popped over to the river crossing for Chris to fish for a few minutes and Forest to play. There was new places to explore and the sun was perfect and I took photo after photo. It was truly the golden hour with the early evening sun shining on the changing foliage. Explorations over, it was dinner time. Chris had smoked a turkey the weekend before and whipped up some gravy to go with it. We kept our Thanksgiving feast fairly simple with yeast rolls and mac and cheese as our sides. I was missing the dressing but before we left I figured I’d just save it to make for Christmas.

Dusk settled in and we ate dinner by lantern light, something we rarely do while camping. I hurried to do the dishes by headlamp and we cleaned up camp to turn in for the night. More explorations were waiting for us the following day! 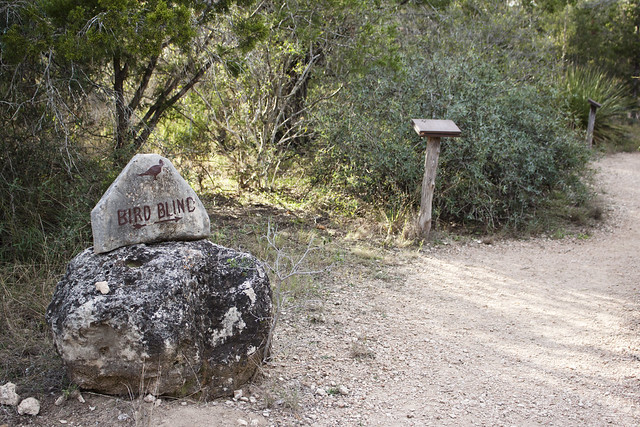 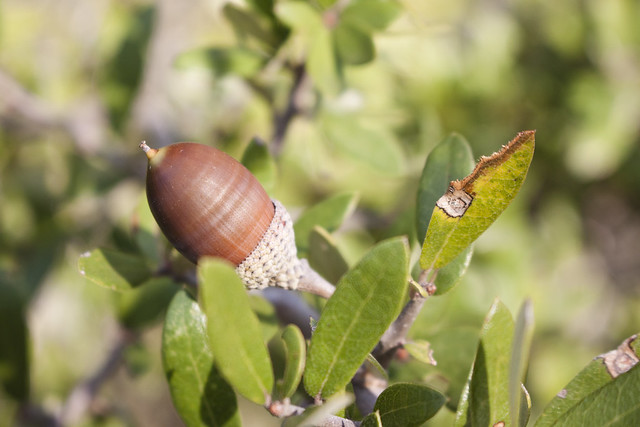 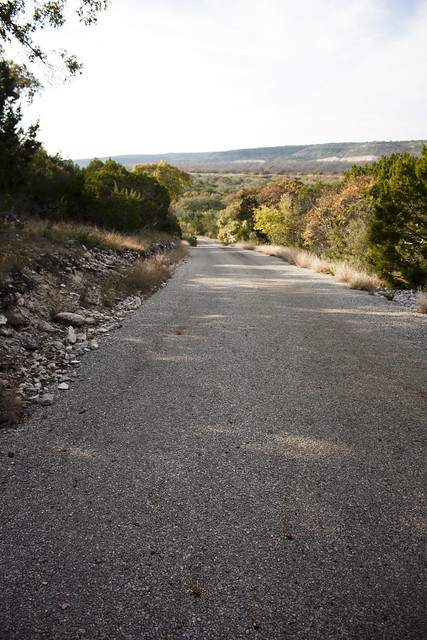 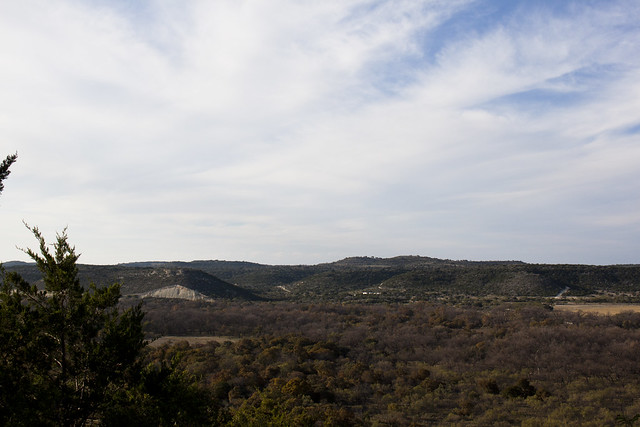 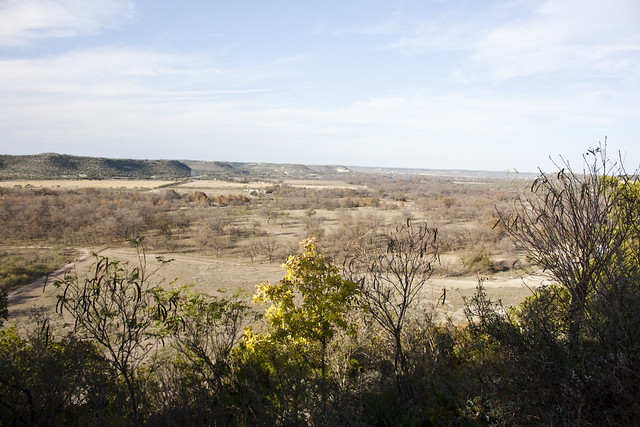 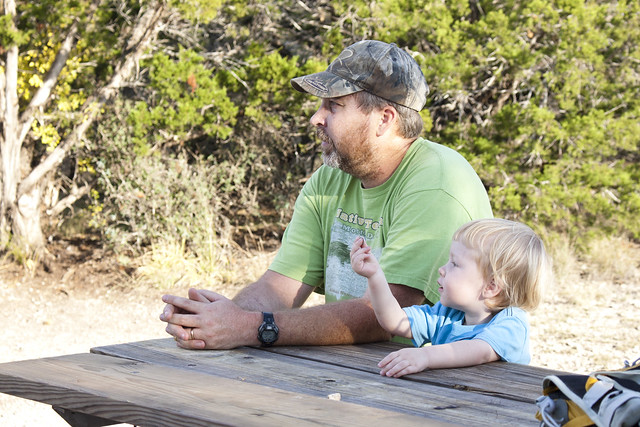 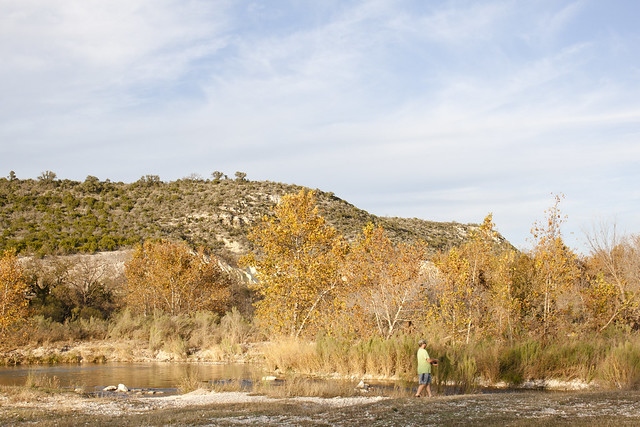 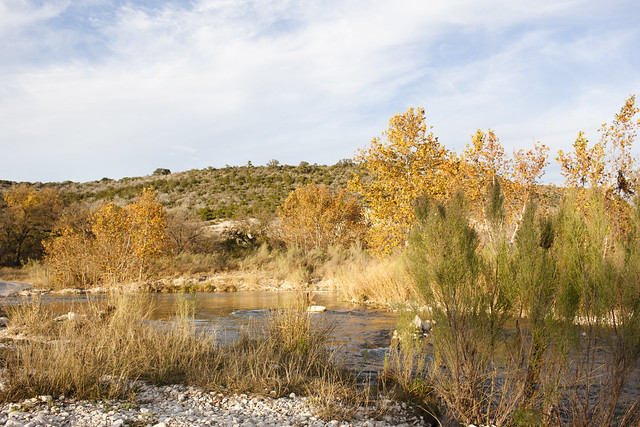 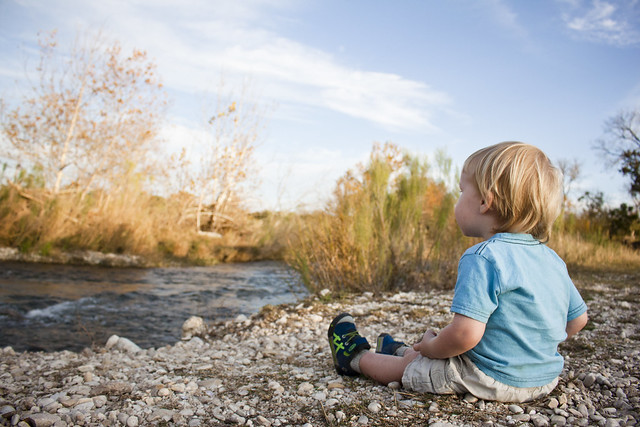 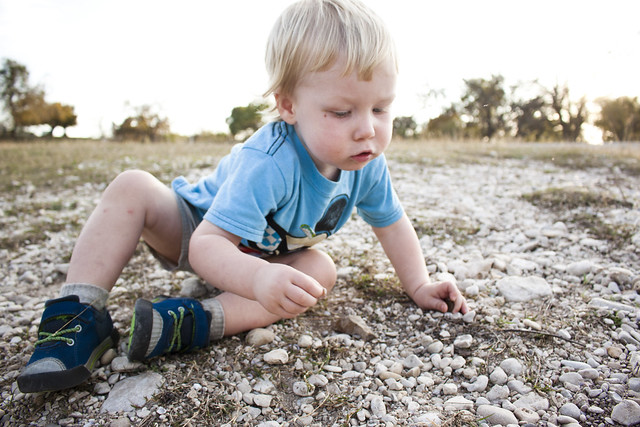 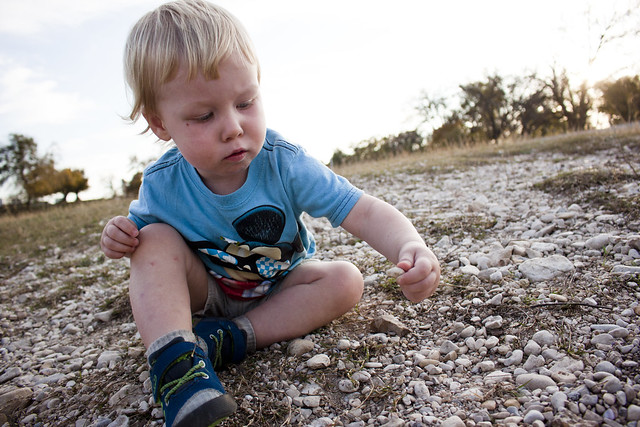 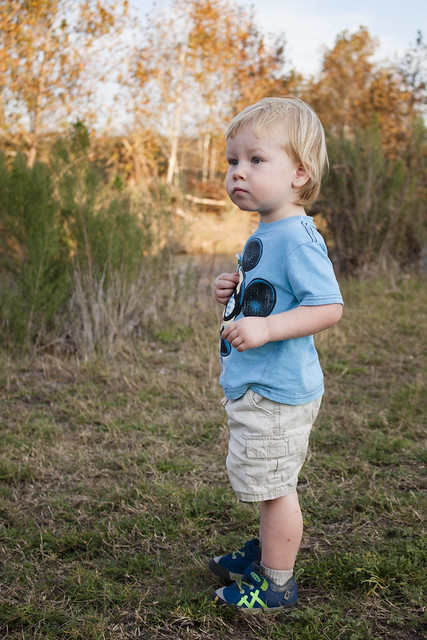 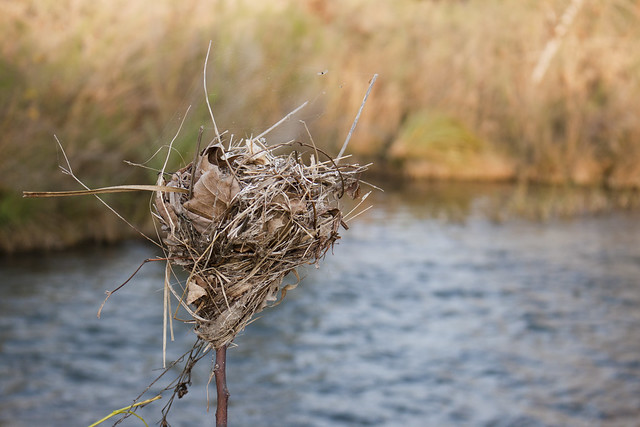 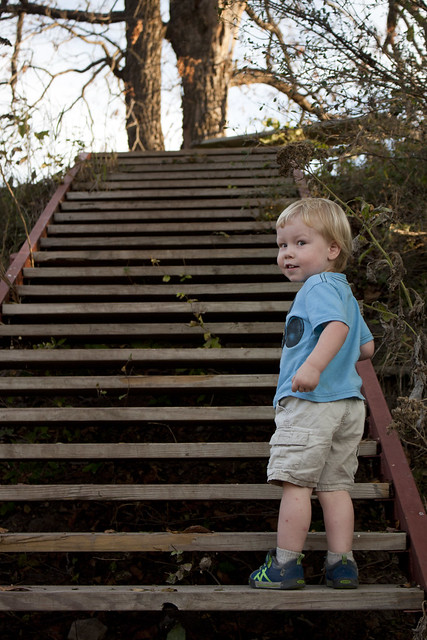 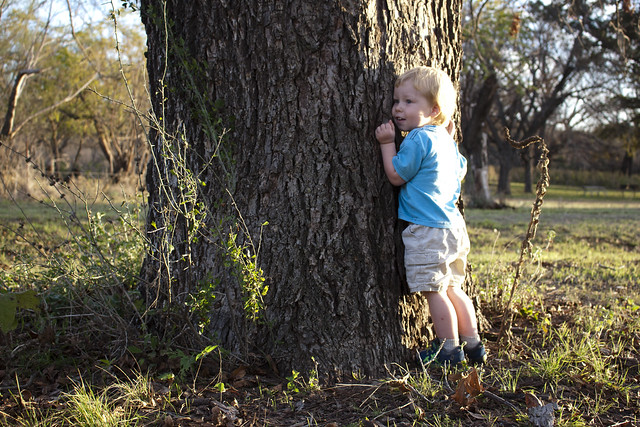 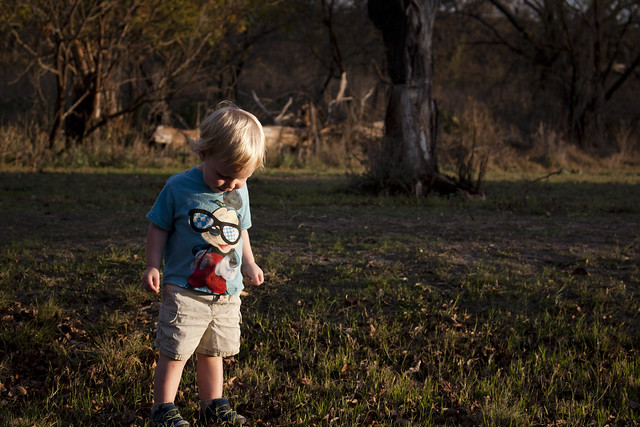 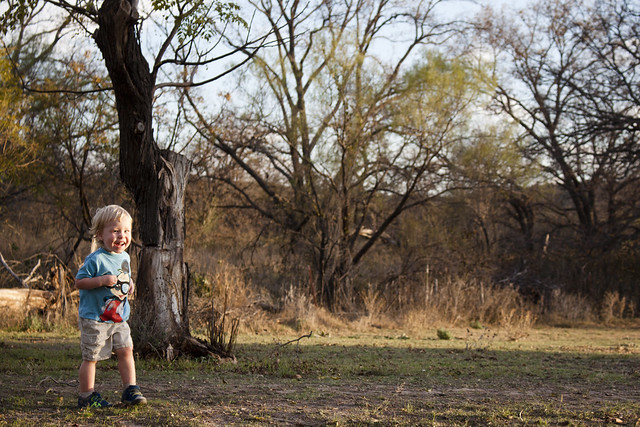 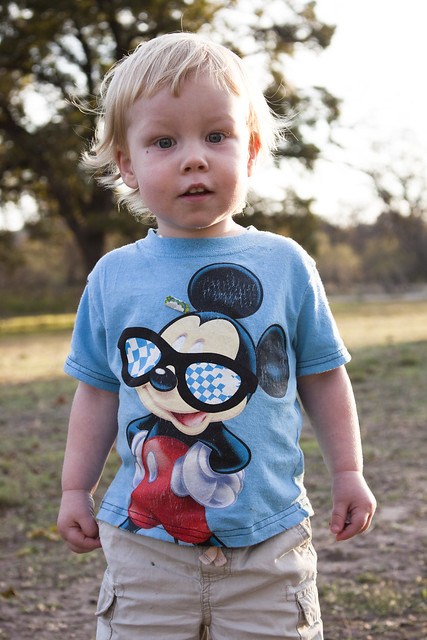 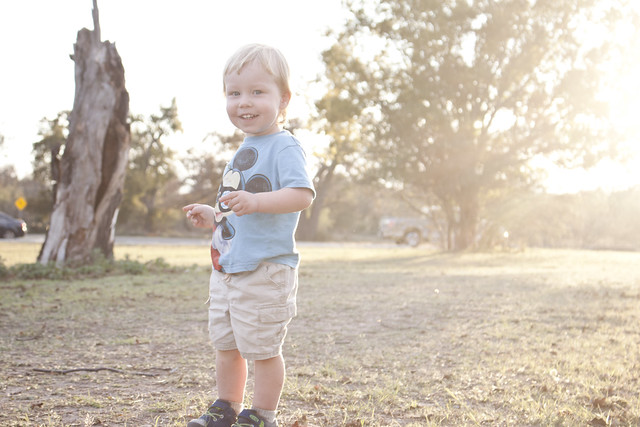 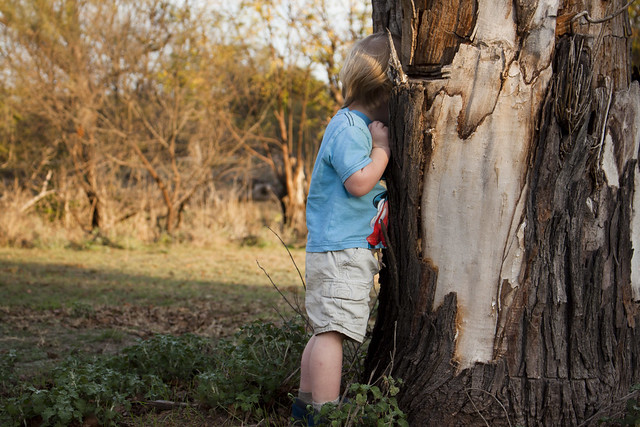 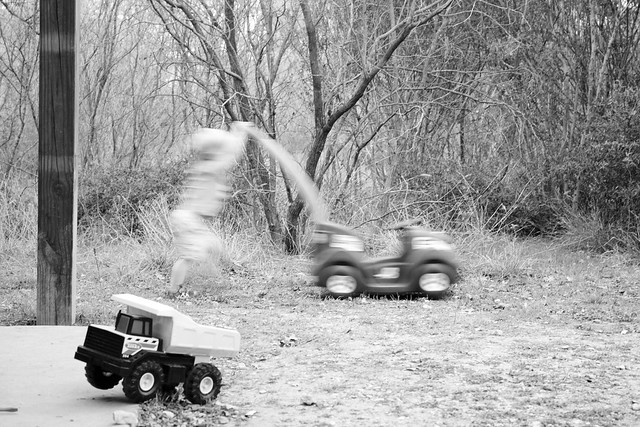 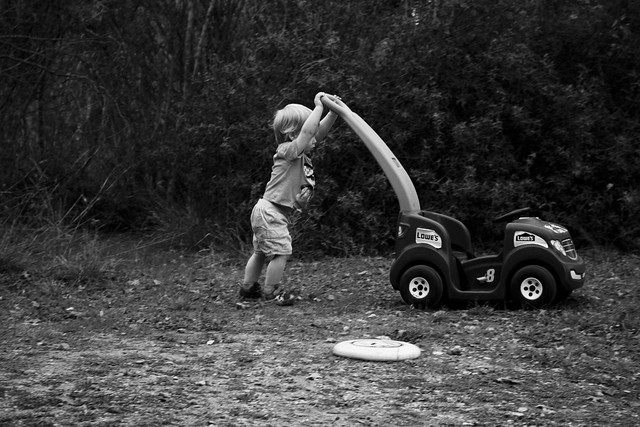