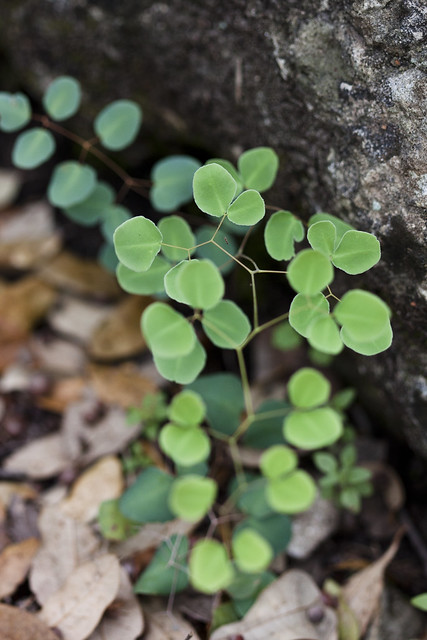 The Twin Falls Nature Trail leads off from the southern loop of the campground at the state park. Not far down the trail, the terrain gets rocky and starts descending down into the creek canyon below. The trail leads to a waterfall coming off of Bee Creek and down into Twin Falls Creek. We did not see the second waterfall but I suspect it was a little further up the creek. Unfortunately the area down at the falls is closed to visitors in order to protect the habitat. We did see several trails leading down to the creek, though, which means some people don’t heed the warnings to stay on the trail. 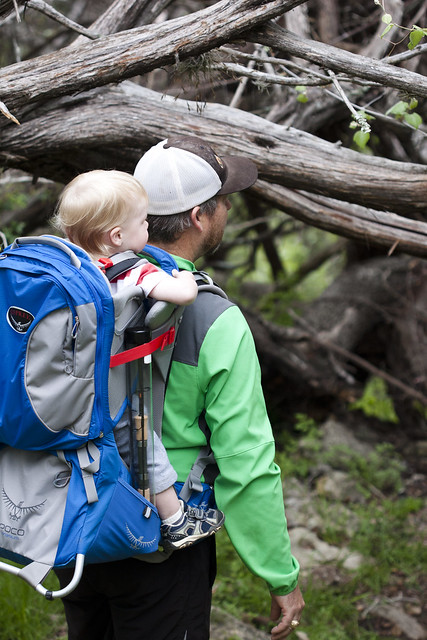 On the start of our hike we were the only ones on the trail. On our way out we ran into what appeared to be a college birding class. 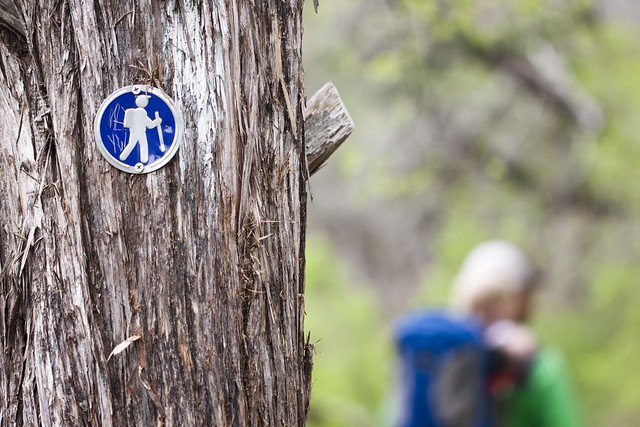 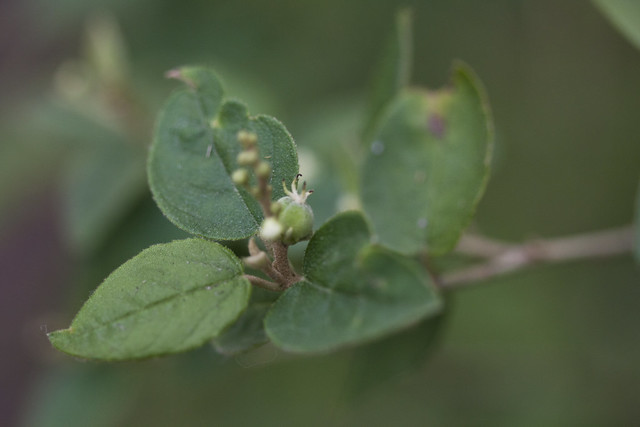 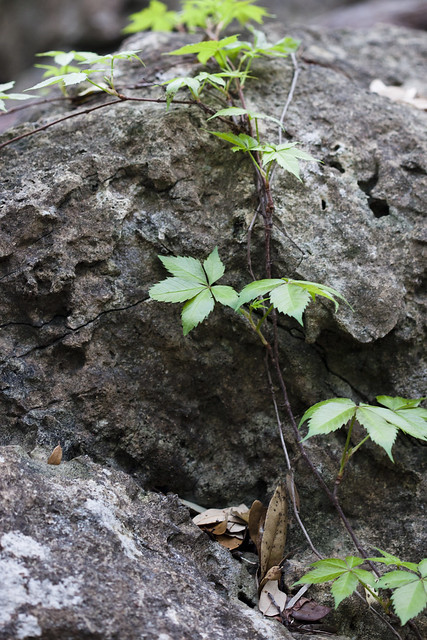 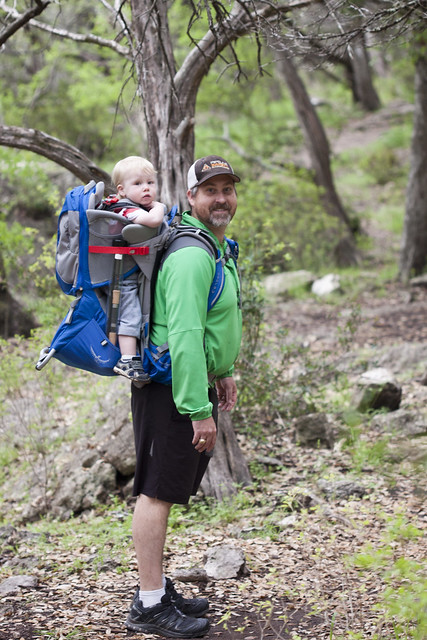 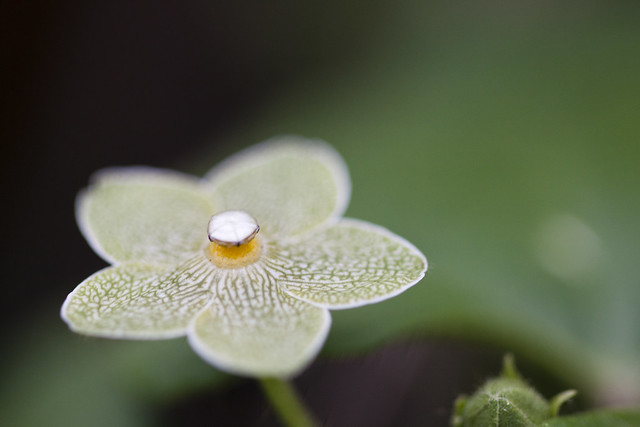 For once, I drug out the 100mm macro lens for this hike. It offered up a completely different shooting perspective than I’m usually doing which was exactly what I needed to break out of a photo rut. 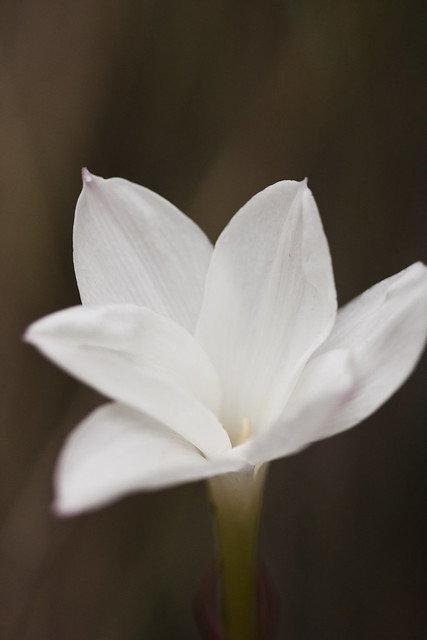 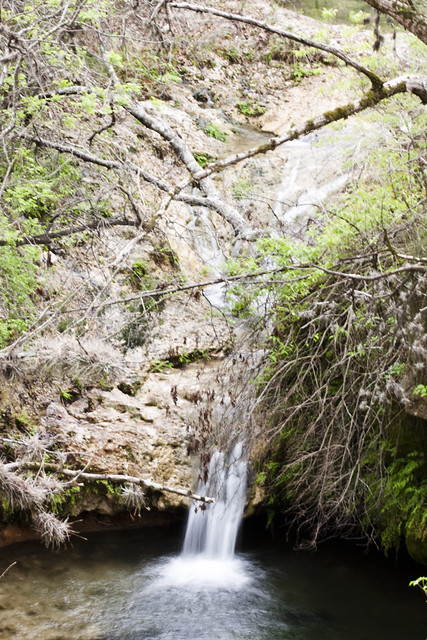 At the waterfall, we peered down into the canyon from the viewing platform. I can imagine why people went down below despite the ‘closed’ signs: it was an enticing area! 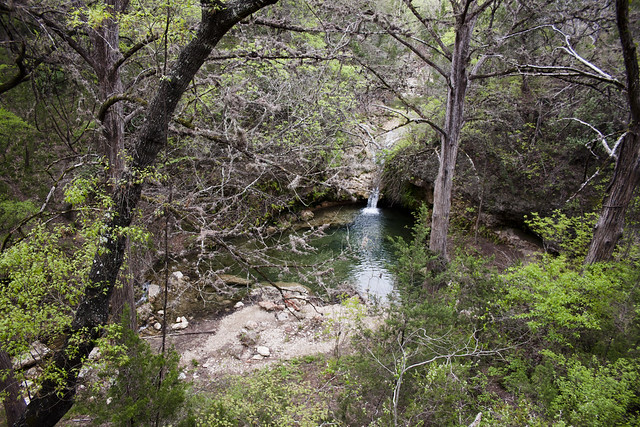 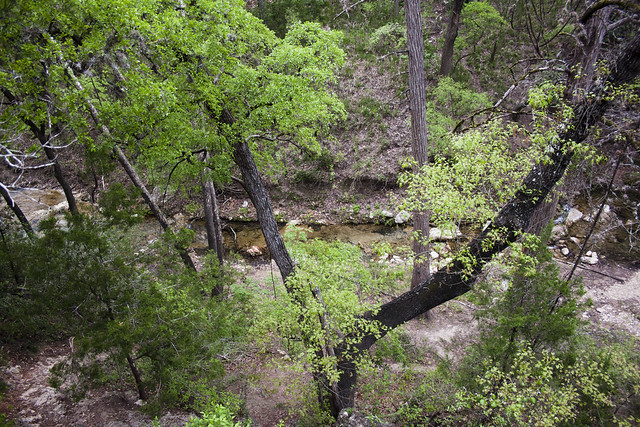 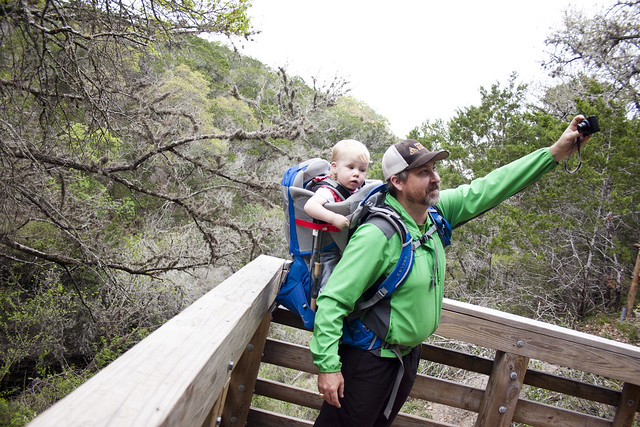 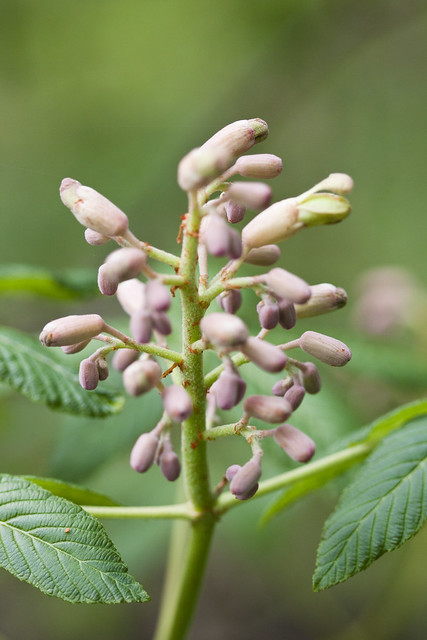 There were several fine specimens of Texas buckeye, Aesculus glabra var. arguta, along the trailway, and most were blooming. 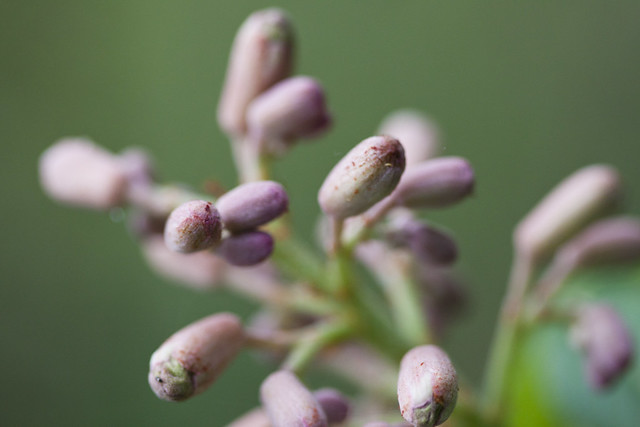 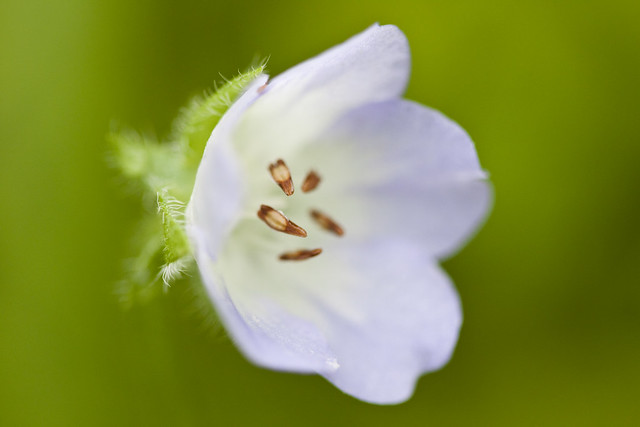 The trail was short but our explorations for the morning weren’t over. We thought we were following a real trail down to the river but later realized it was not an official trail. Those explorations down at the river are next!