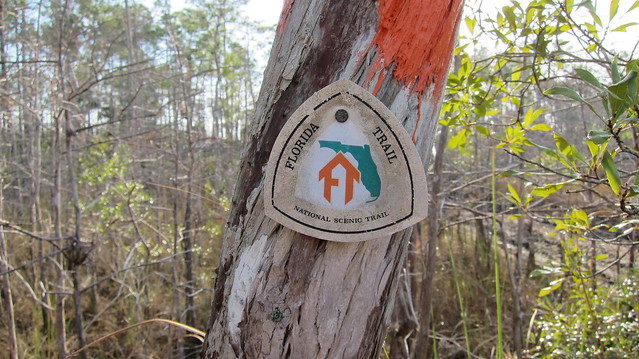 A few days ago I received the fall issue of Footprint, the magazine of the Florida Trail Association. It was a big issue, at least to me, one where the call to protect to the trail and be a trail advocate was once again in the spotlight. The trail recently celebrated its 50th anniversary with a celebration at the first blaze in Ocala National Forest and the placement of a plaque to commemorate the historic blaze that began the Florida National Scenic Trail. In addition last year, a new monument at the northern terminus at Fort Pickens was erected. Two very exciting events!

This post is being published today on the 6th anniversary of the start of our thru-hike on the FT. I get a little somber about our AT and FT thru-hikes now that we’re firmly in a different life mode and look back with fondness of those months we spent hiking from Georgia to Maine and from Big Cypress National Preserve to Gulf Islands National Seashore. When we went for our little six mile hike a week and a half ago in Sam Houston NF I got the itch to get back into backpacking. The itch has been coming for awhile but with my recent purchase of a new pack and our intention to get out and try to backpack with Forest once or twice this spring, I’m really looking forward to it. With all of that, as I flipped through the magazine, and as I see updates from people in the hiking and outdoor community in Florida, I get a little wistful, wishing I could pitch in more to promote and help the trail. Alas, that’s hard to do when you are living in Texas! So, I have been doing my best to be a trail advocate from afar and cheer along the progress being made by others.

There’s definitely been an uptick in recent years in interest of the trail, especially from hikers who have been to other long distance trails but have found the FT to be something worth sharing to the hiking community. A little part of me also wants to keep it a secret, the little gem that only a few people know about—but I know better than that. If the trail is to ever be fully protected and off road connectors, it will take more people sharing about FT, pitching in with monetary donations, or volunteering time where they can.

I’m not sure where I want to go with all of this, just to say that the trail and its community is always on my mind in some manner and I’m always hoping for its continued success! Maybe this year I will do more to share news and tidbits I find out about the trail so that it can be passed on to others—I think that’s a good intention and goal to set.

With that, here are a few items of note: 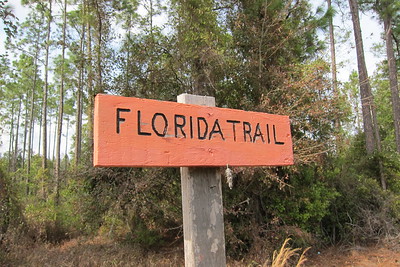