We’re sitting here wrapping up our second day of storm watch. At least today, overnight and earlier this morning, there was something to talk about regarding the storm. Yesterday was spent in complete wait and see mode. No, the hurricane wasn’t making landfall anywhere near us but the outer bands were sending everyone into a tizzy in regards to flooding. The continued forecasts of the storm meandering around the coast and central Texas for the next week has amplified flooding concerns and so most people are all hibernating in their house.

Last night we got out to run to the grocery store. We didn’t necessarily need anything on our list but we were already getting stir-crazy. There was no bread. And limited toilet paper. The canned goods were picked over as was the lunch meat but overall there was plenty in the store to eat unless you wanted to make a sandwich. And for most of today it has been relatively quiet for our little slice of this storm. We have sat in a lull between bands for much of the day with activity picking up only in the last hour or so. It’s about 4:15pm as I start writing this draft. Maybe I’ll finish it tonight, maybe in the morning. I’ve been slow at writing blog posts these days.

So, let’s go on a random photo trip shall we? Might as well. 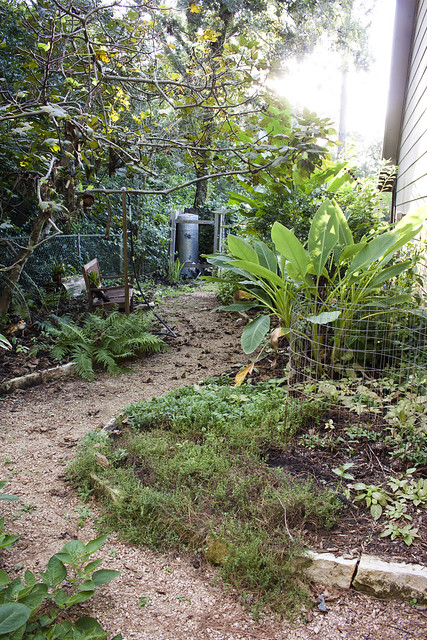 Fall is trying to come to the garden. The fig is dropping leaves and I’ve been trying to keep the path cleared by moving the leaves into the garden for mulch. 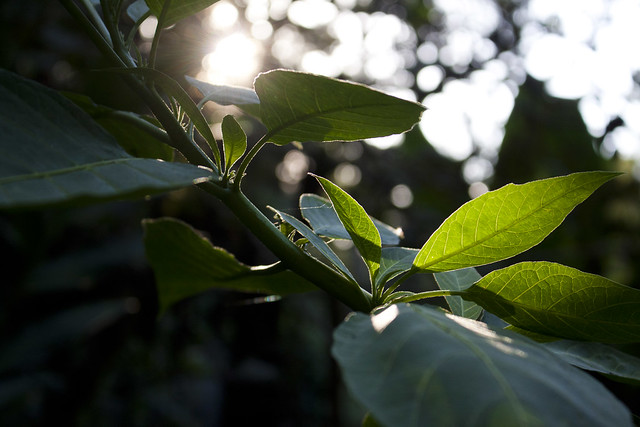 Good evening light on one of the brugmansias. 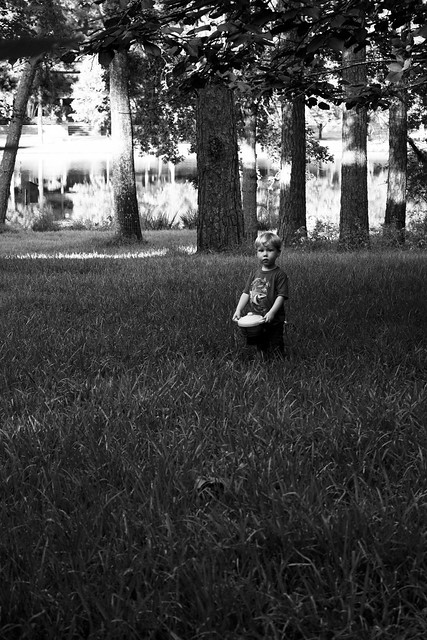 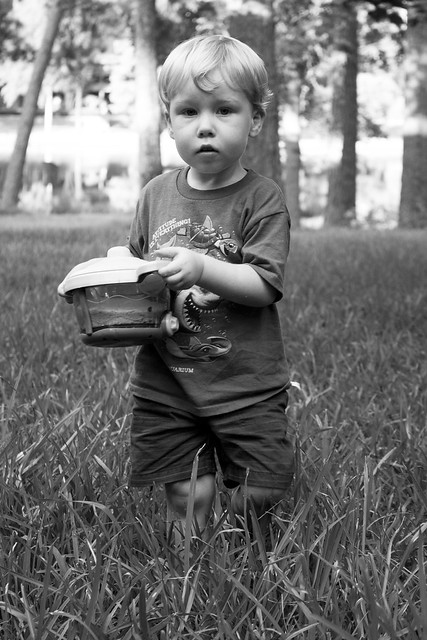 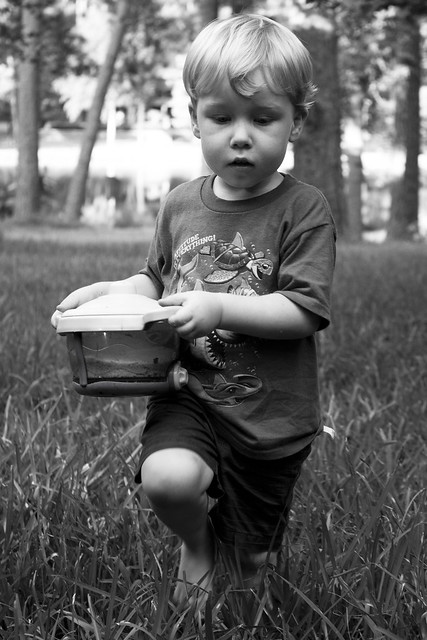 Preschooler mood. Moving sand from the sandbox via his cookware from the playhouse. 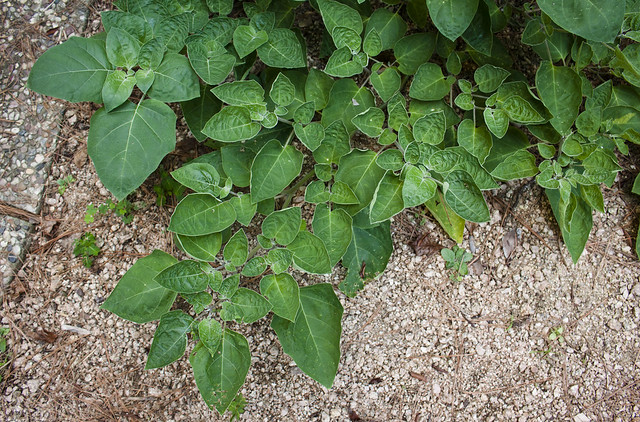 The daturas we got this year are white and are much more low growing than the purple ones. I’m really digging them! 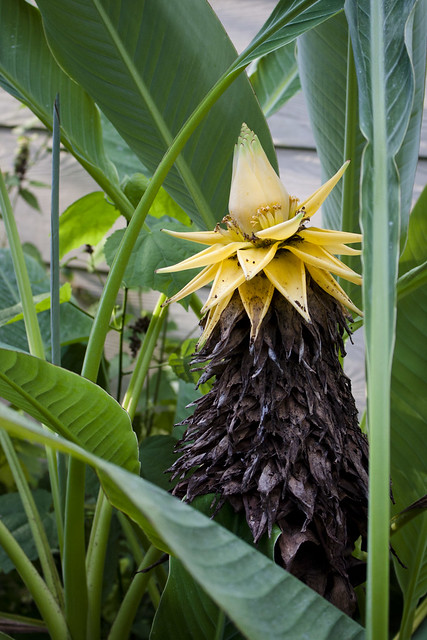 Having been in bloom since February, the golden lotus banana is showing signs of fading. I bet it still has another month or so to go, though. 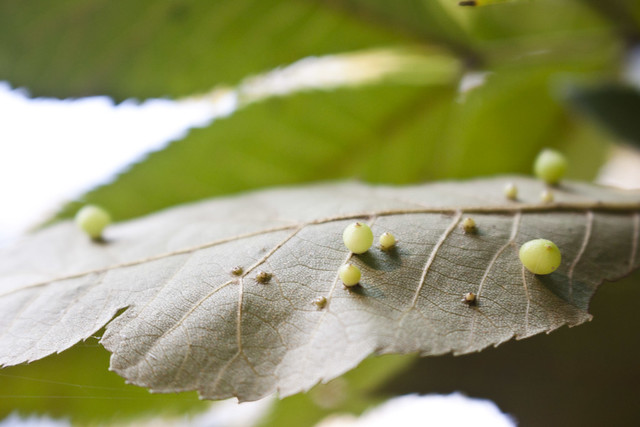 Galls on a hickory leaf. 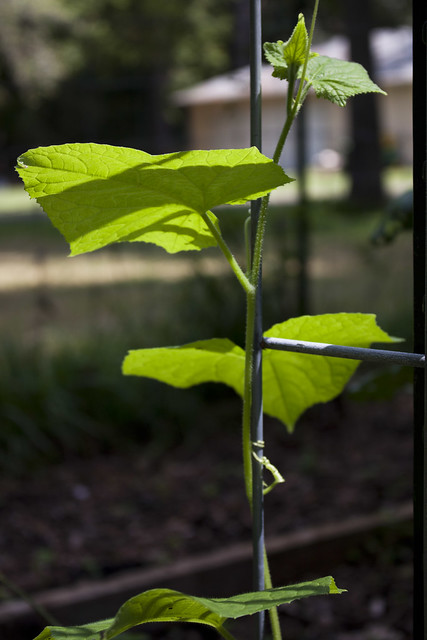 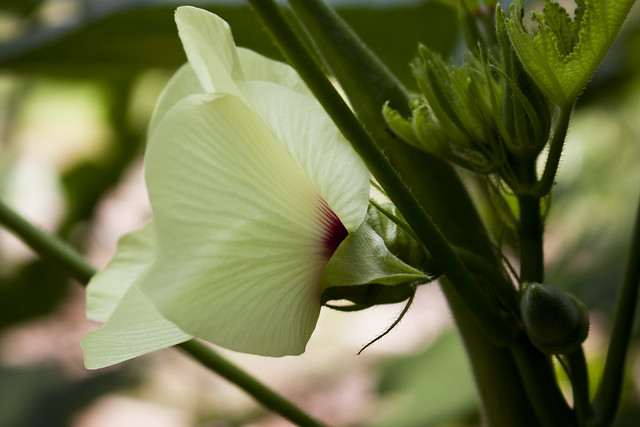 The only hibiscus-like flowers I’m enjoying—okra! 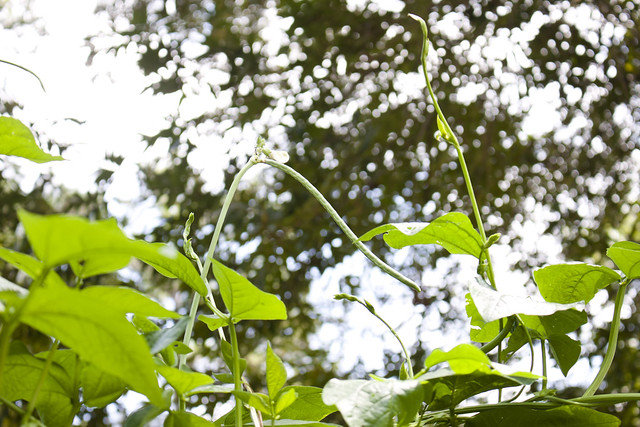 I have a cowpea!! There look to be more on the horizon so I’m glad I just gave it time over there. 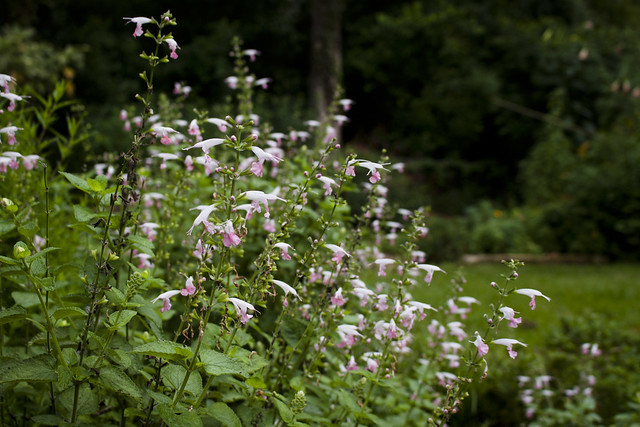 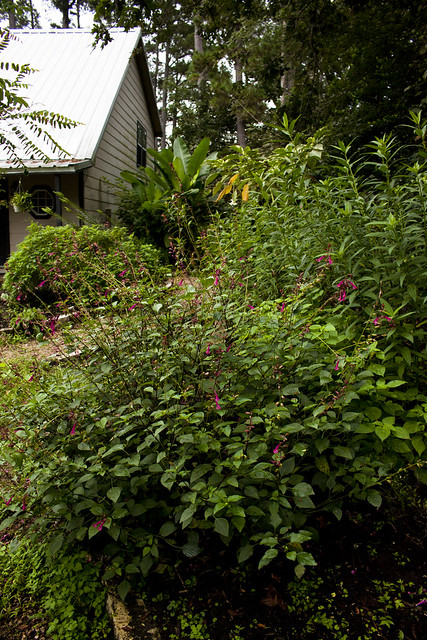 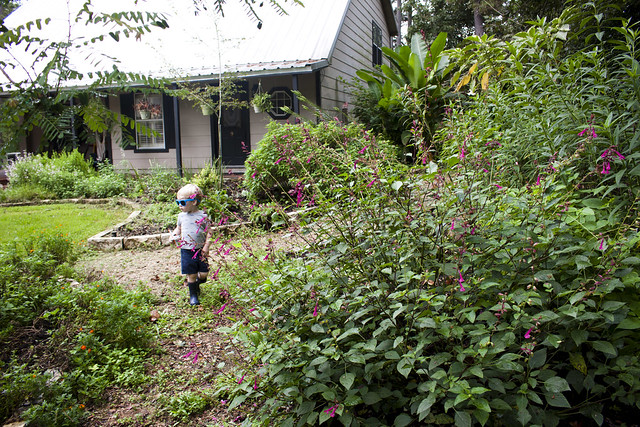 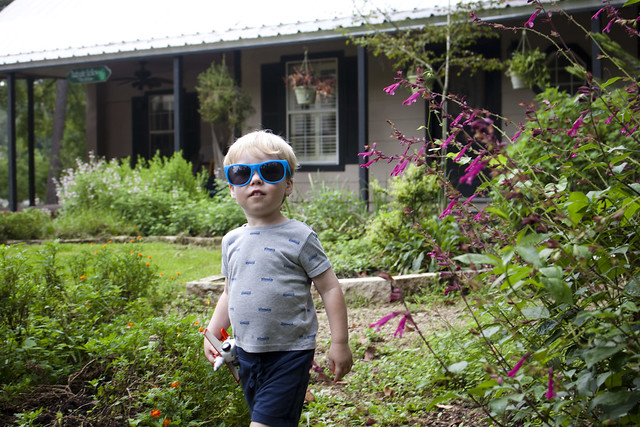 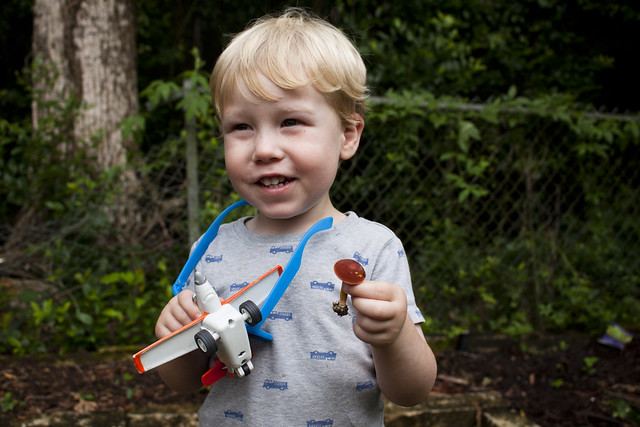 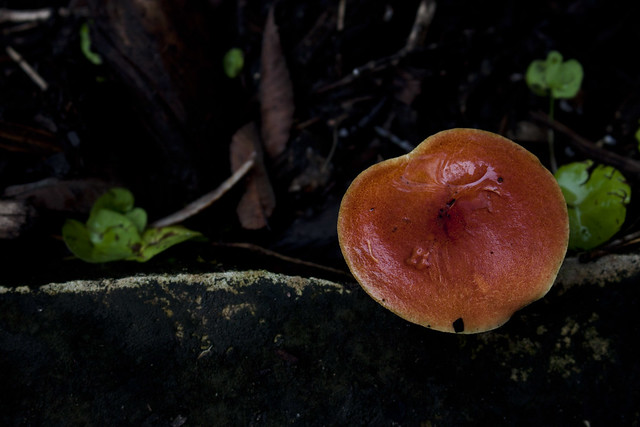 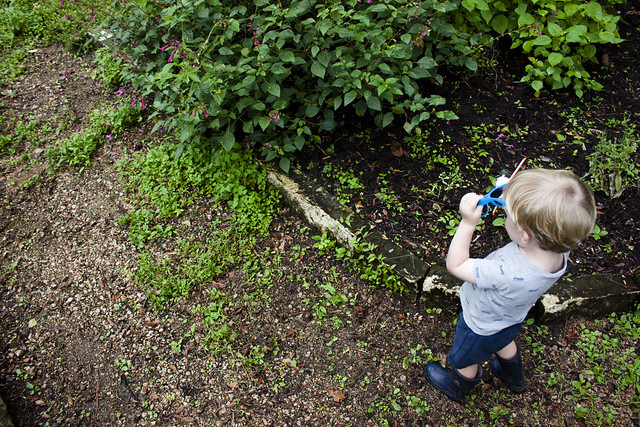 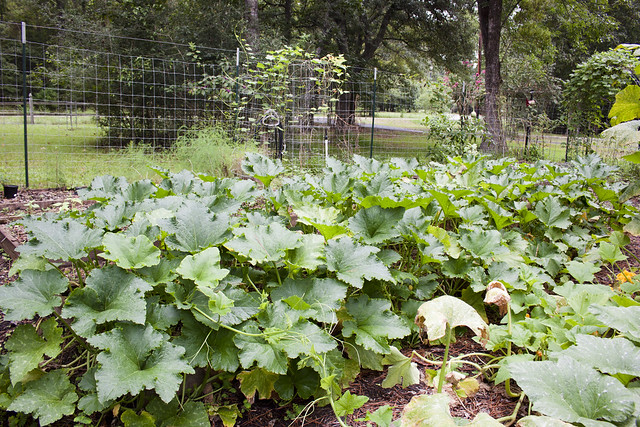 The Seminole pumpkin bed! Swallowed whole by vines! Six pumpkins are out there, now to survive the rains for the next several days. 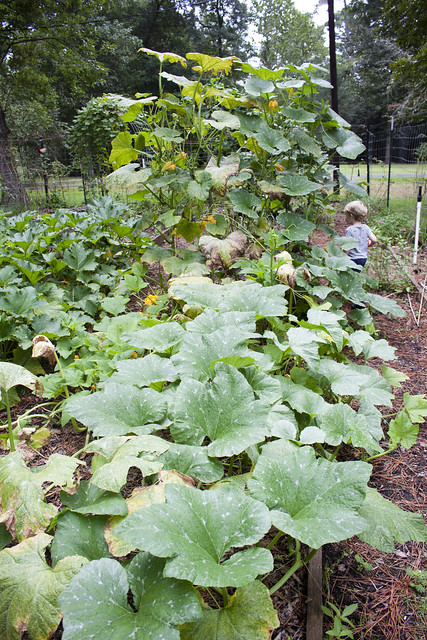 And the squash bed that decided to eat the bean trellises. 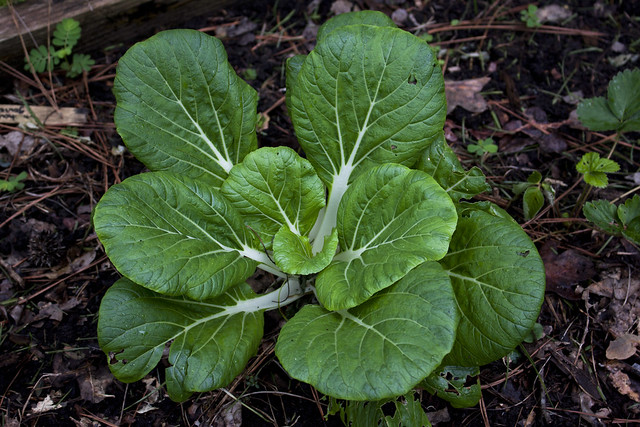 Summer self-sown bok choi. With having some self sown radishes and now this, I really am tempted to try a limited run of them next summer in a shadier section of the garden. It would be nice to have some salad greens in the summer. 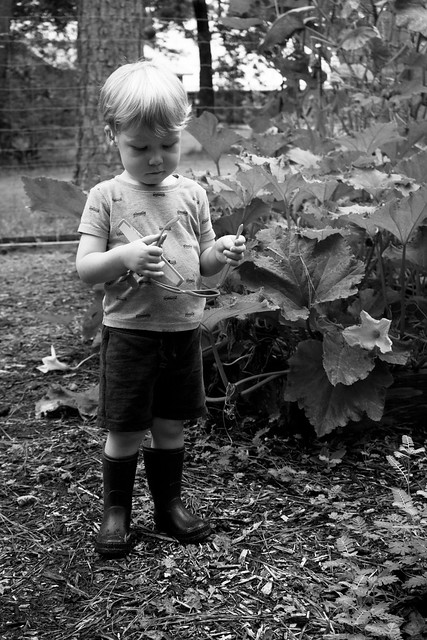 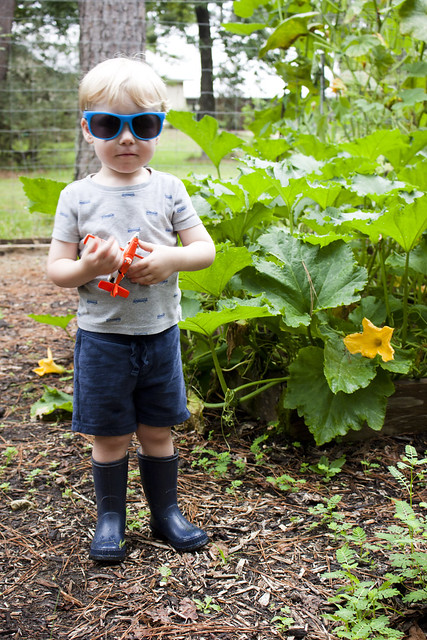 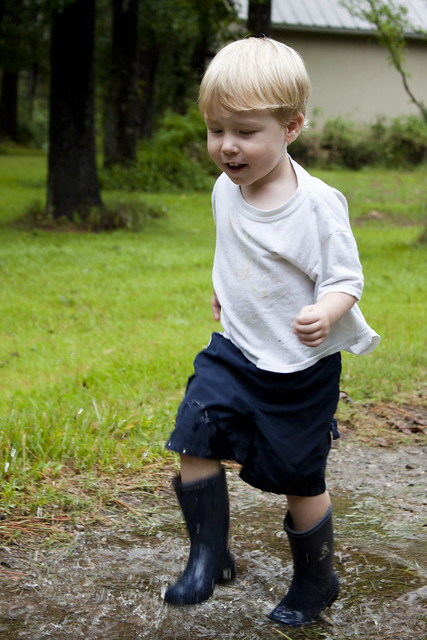 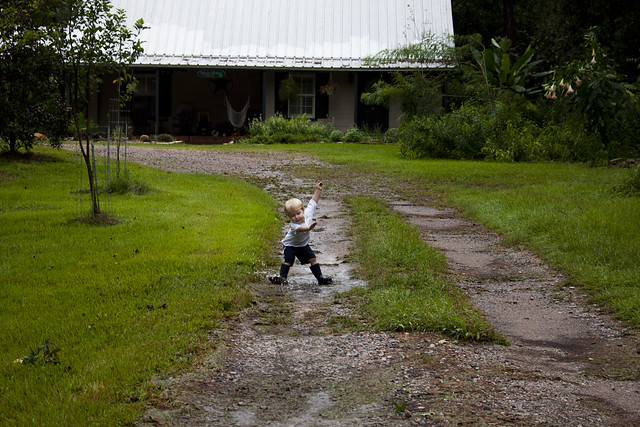 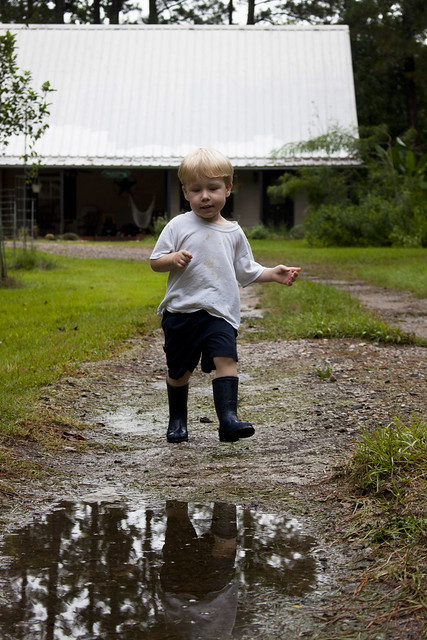