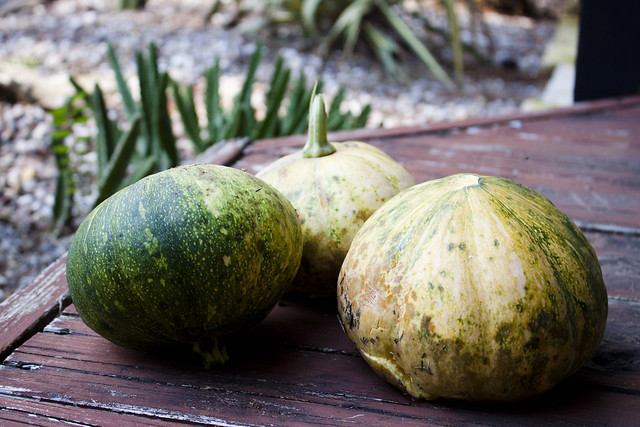 Let’s pretend this is a pretty fall vignette of Seminole pumpkins that I harvested freshly from the garden. In reality this is still a rather pretty fall vignette but all three of these pumpkins are rotting thanks to the floodwaters from Harvey. Instead of enjoying these fruits later this fall and winter I now have plenty of seeds to grow more vines next summer! The bright side, I guess?? There are still three pumpkins out there that looked like they might make it through but only time will tell. On Tuesday I thought many things might pull through but by Wednesday it was clear that was laughable and I ripped out the squash bed, the green bean vines, and parsley—which had rotted at the crown. I also took down several tomatoes that croaked thanks to the water and am praying maybe one or two plants make it through. I’m really aggravated at that because my fall tomato goals were going to happen and now those goals are gone for the most part. I’m going to let the garden dry out over the next few days and then go through my seeds and check out what I can sow now and later in the month for fall crops. There’s quite a bit, actually, with more to sow in October.

Hope your September starts off more smoothly than how August went out!