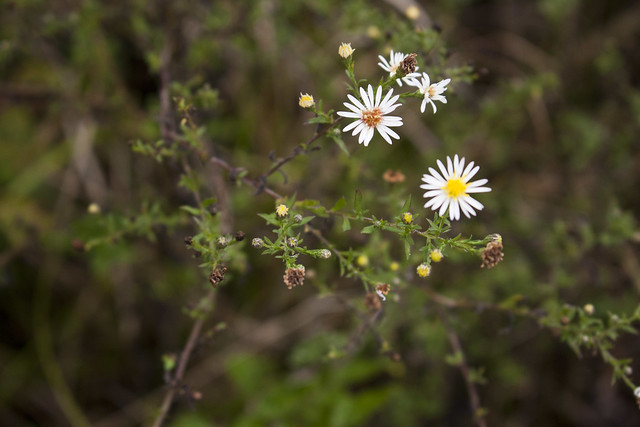 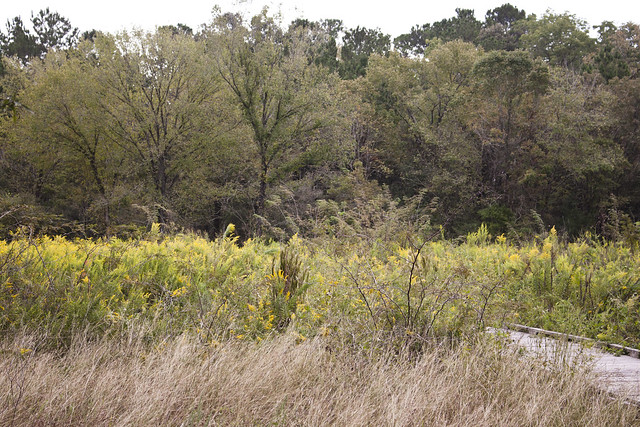 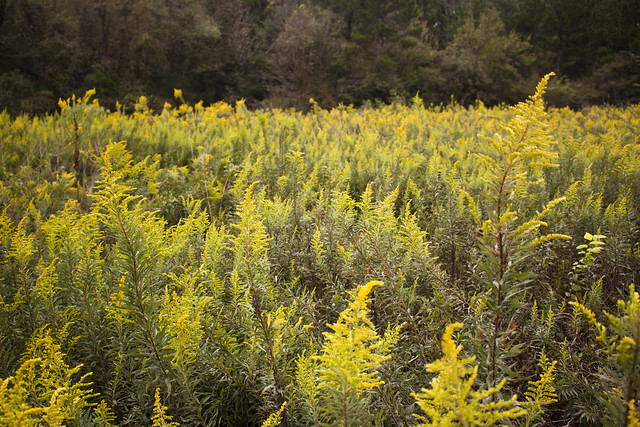 I think this is likely late goldenrod, Solidago altissima. Either way, an open field of goldenrod flanked by bushy bluestem is my kind of fall scene! 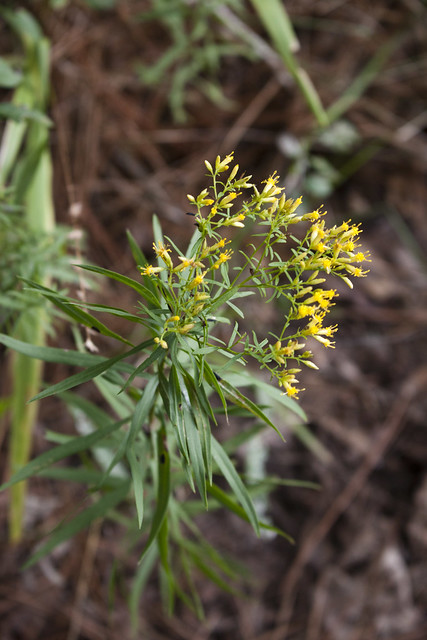 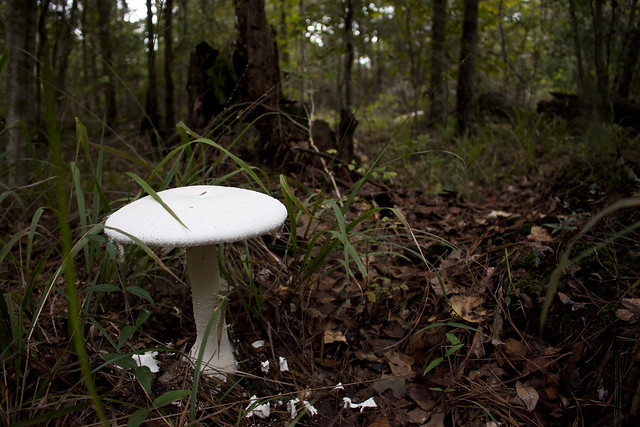 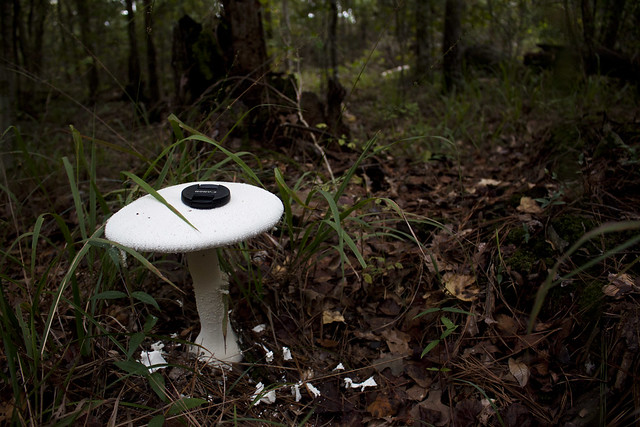 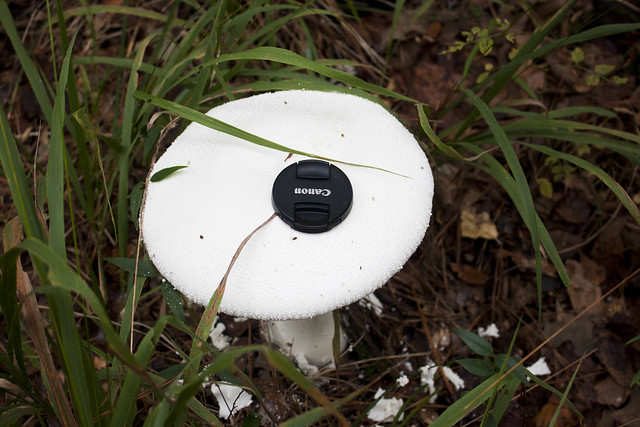 The trail we were on when I saw this mushroom was an elevated boardwalk. I hadn’t seen a mushroom that large before so I hopped down, clambered over some smilax vines and rotting logs and took a few photos. I know mushrooms get much larger in other areas of the country but this wasn’t something we normally see here in my part of the world. 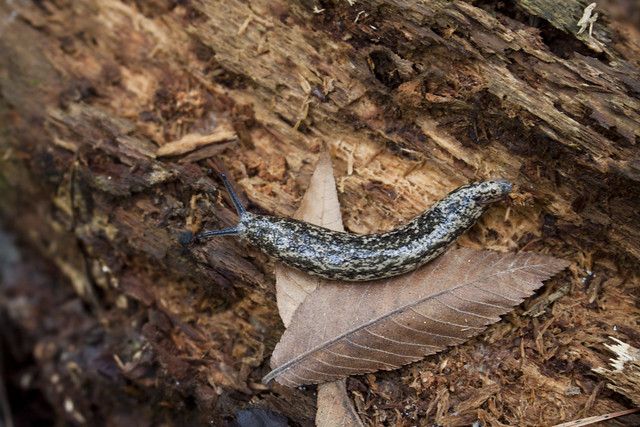 I put this into iNaturalist as Carolina Mantleslug, Philomycus carolinianus but I’m not actually sure that’s what it is. I had to stop and take a photo of it before I got to the fungi! 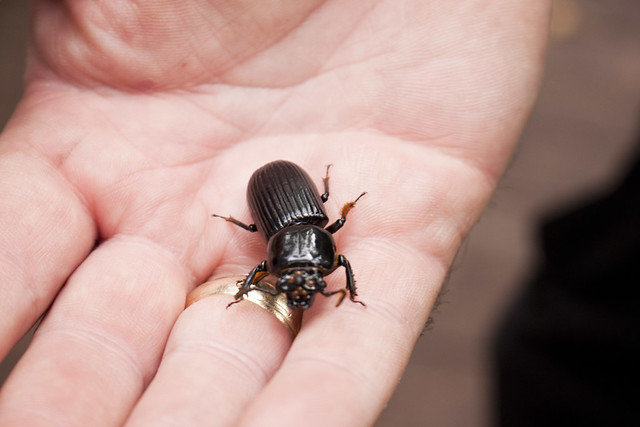 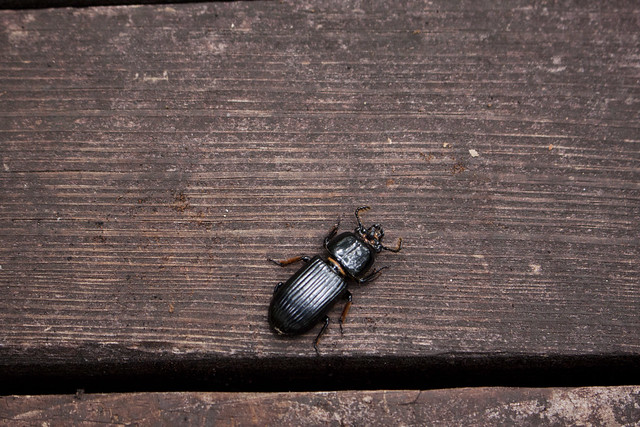 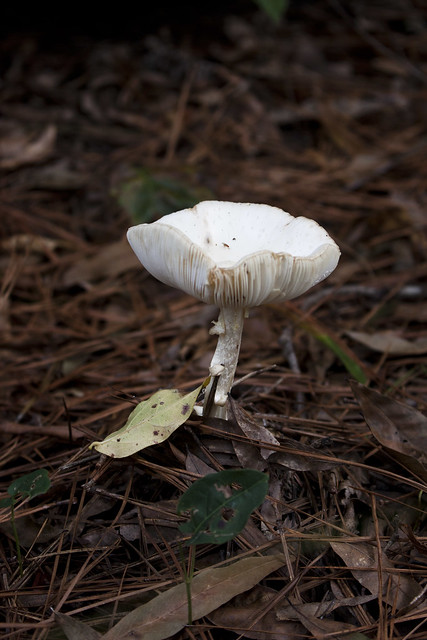 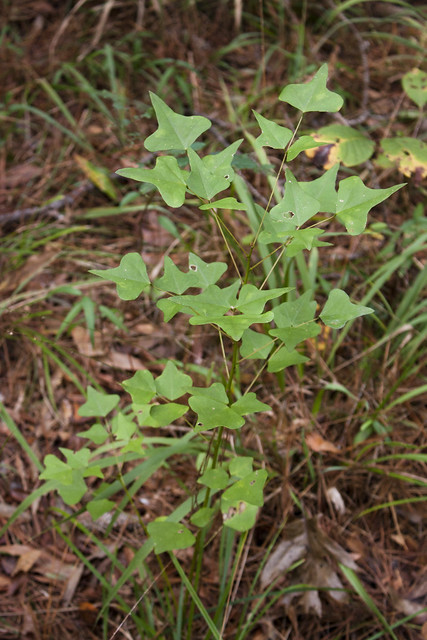 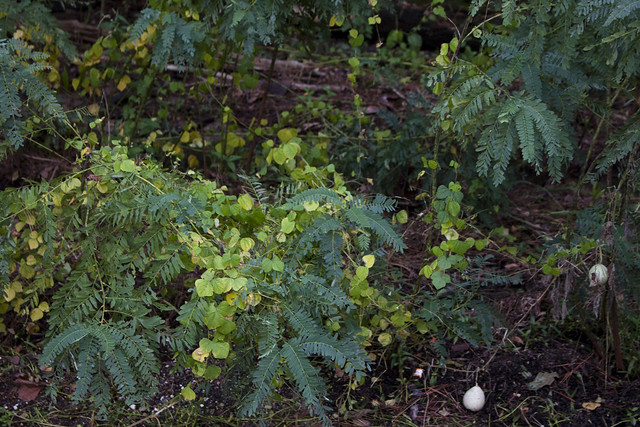 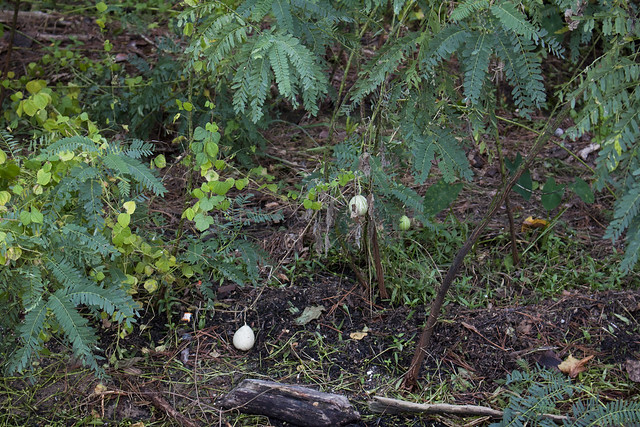 There’s actually several plants in this photo but I was mostly curious about the gourd like fruit. Down near the picnic area of the state park there’s a little bridge that goes over a small inlet from the lake to cross over to another picnic area. In here is where I was stopped by these fruits. Most of the leaves are off of the vine and what is left is wilted. My best guess was Buffalo Gourd, Cucurbita foetidissima but it is usually a drier species. That’s not to say this isn’t it but it could also be something growing like a cucumber that was thrown out by a picnicker. I would have hopped off the bridge to inspect but I had Forest with me and I didn’t want to deal with him getting muddy down there as well as some of the random trash that had piled up. I kind of wish I’d done so to confirm. 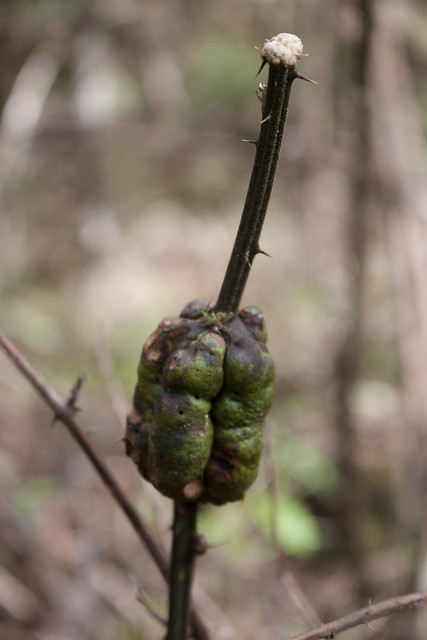 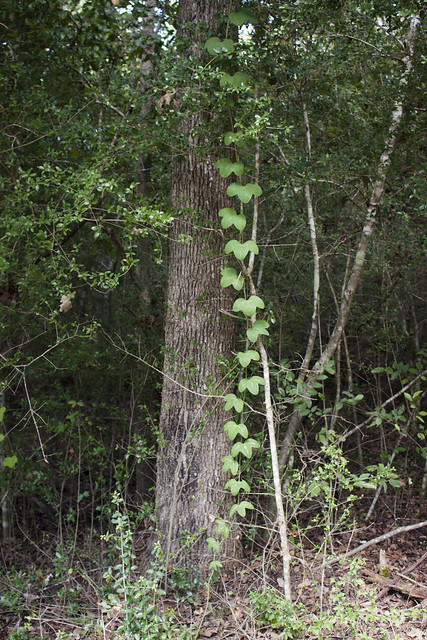 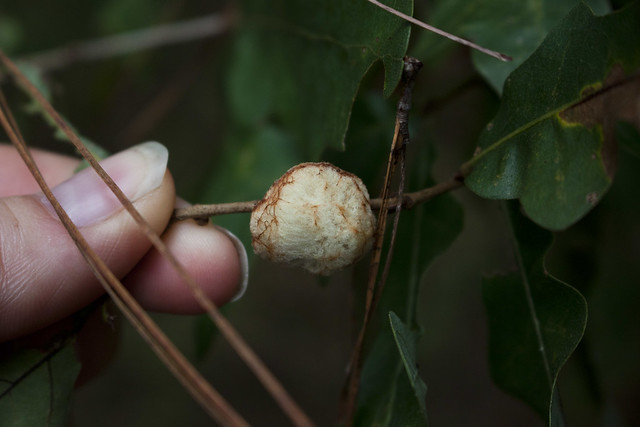 I’m not sure what kind of gall this is. My Google-fu did not come up with a correct combination of words to result in something that made sense. Errr seconds after typing that I decided to give the Google-fu another chance and I think there’s a likelihood that this is a Wool-Sower Gall, Callirhytis seminator, just that this one is older and not in good shape. Yeah, let’s go with that! 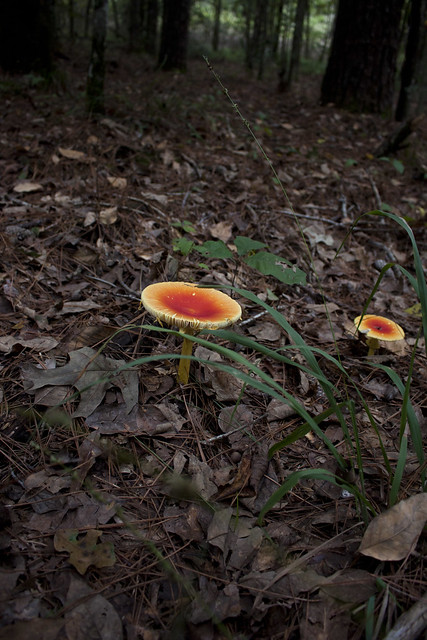 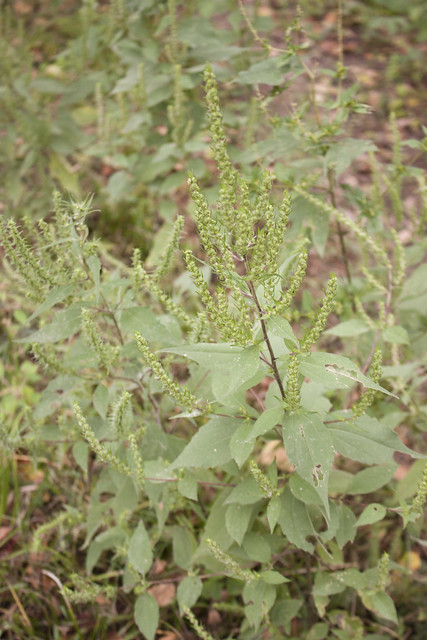 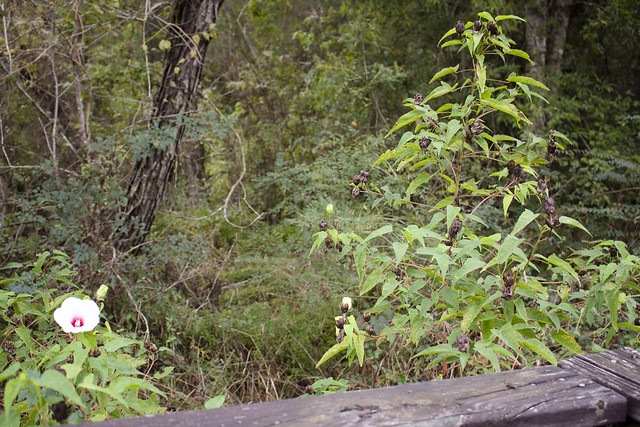 Another view of the Halberd-leaf Rosemallow, Hibiscus laevis, that I should have included in the other post.

And that wraps up our trip to Lake Livingston! Next time I have several posts from Mission Tejas State Park and then for Thanksgiving we are heading to a completely different habitat so expect some diversity in posts in the next few weeks!