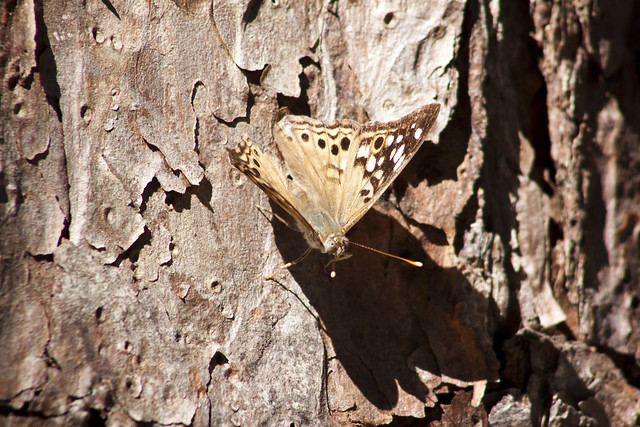 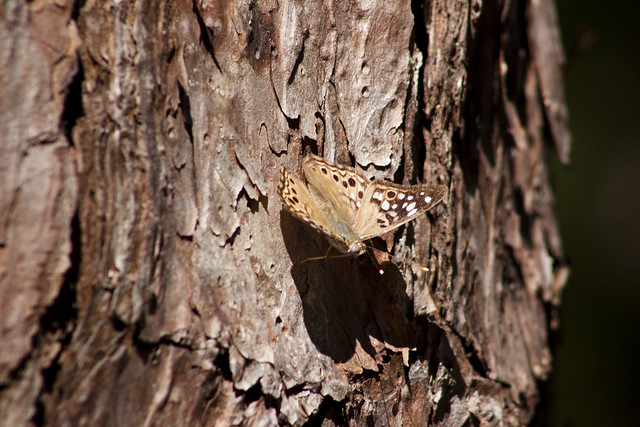 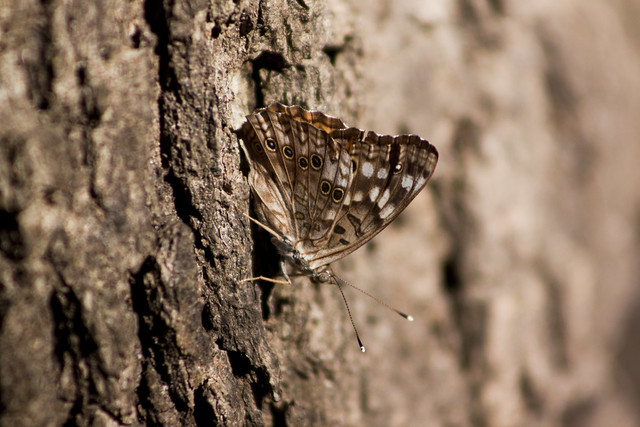 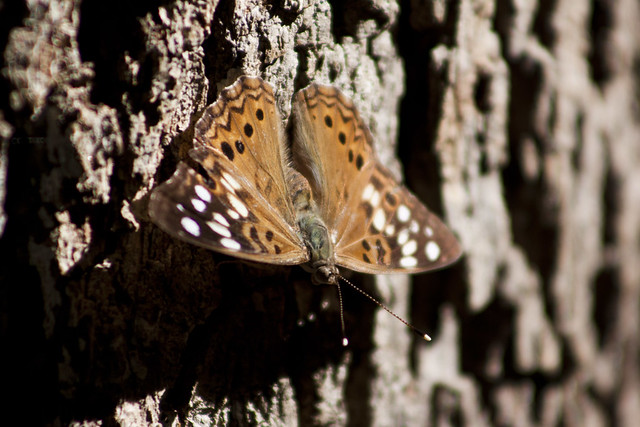 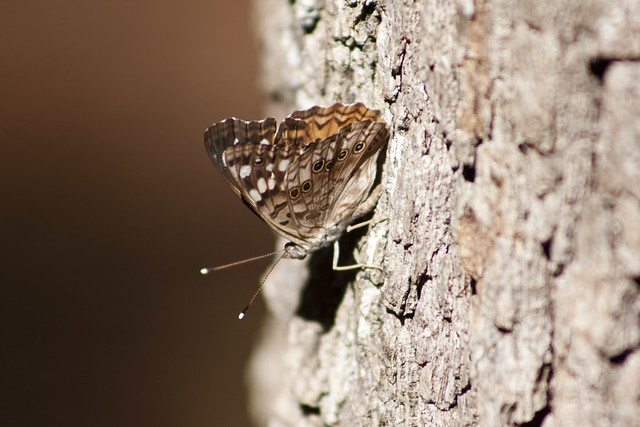 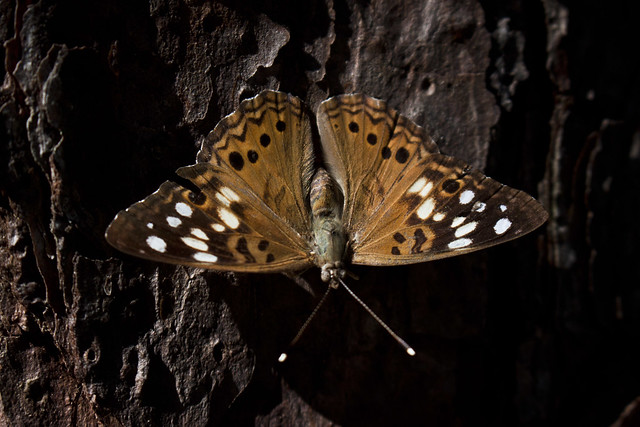 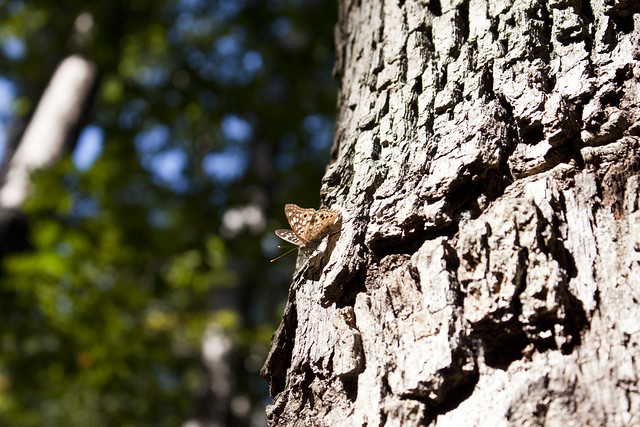 Campsite six at Mission Tejas State Park turned out to be a great spot in the late fall afternoon sun to butterfly watch. I think I’ve seen hackberry emperors around a few times before but I’ve never spend a lot of time watching them, so I wasn’t even sure that’s what it was when I noticed several of them basking in the sun on the trees at the site. Luckily we had brought the fold out nature guides of Forest’s and I was able to confirm it was hackberry emperors hanging around out campsite. 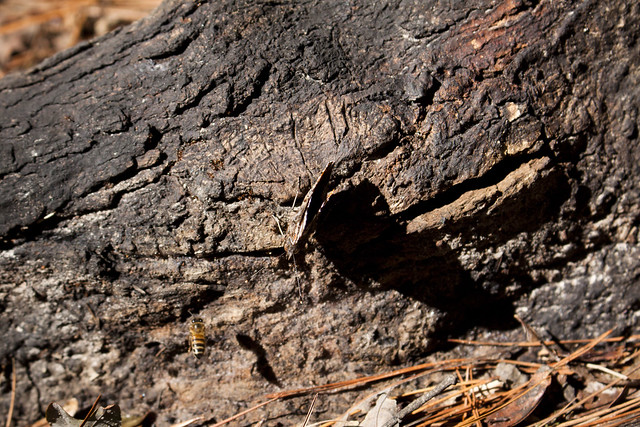 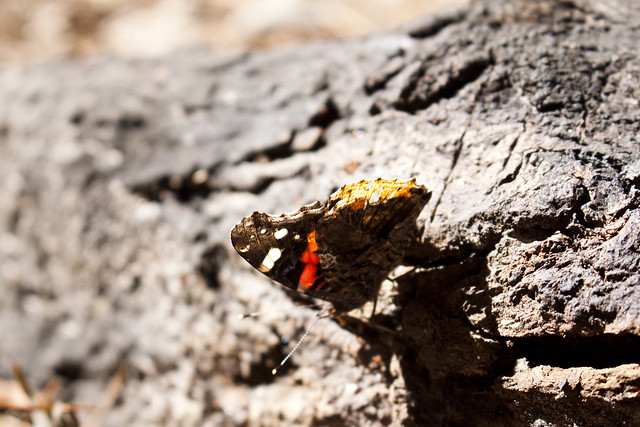 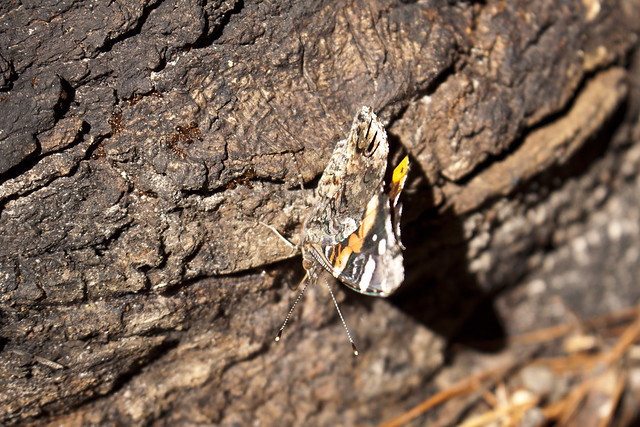 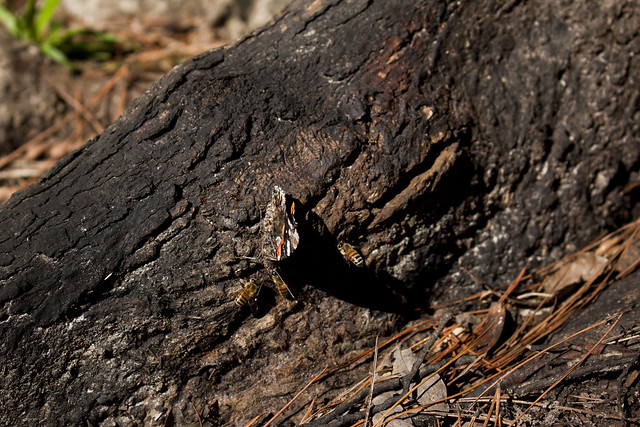 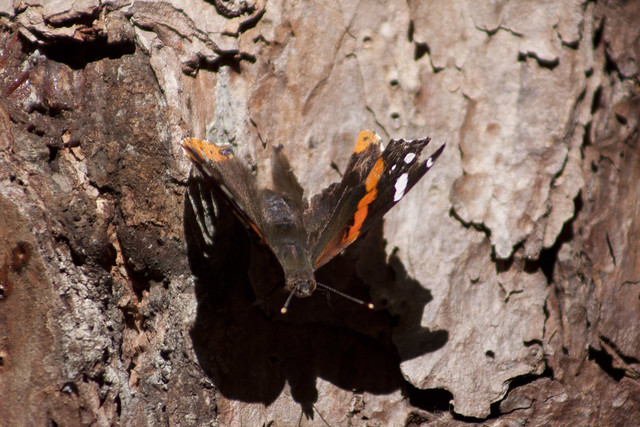 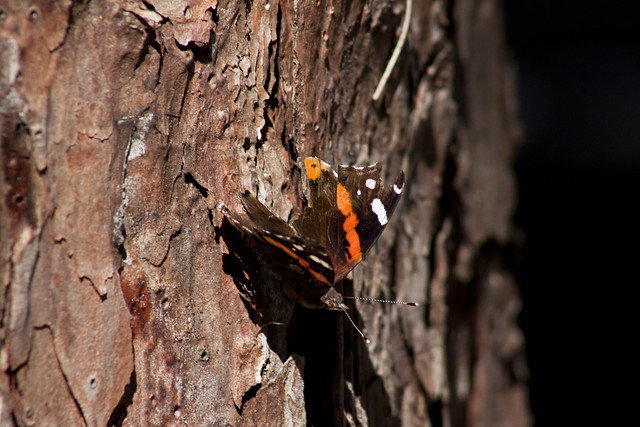 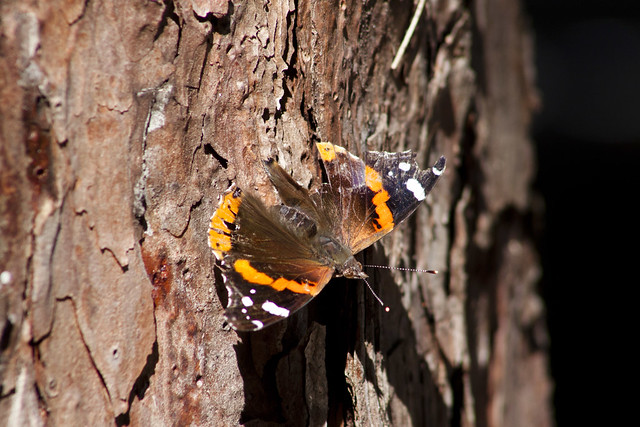 Joining it was a red admiral and a couple of honeybees as they feasted on the sap coming out of the tree at the campsite. I was impressed how well the bees and butterflies got along as they took turns sipping sugary sap. 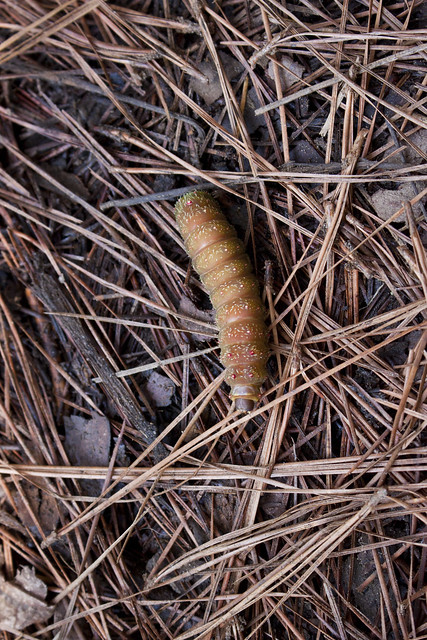 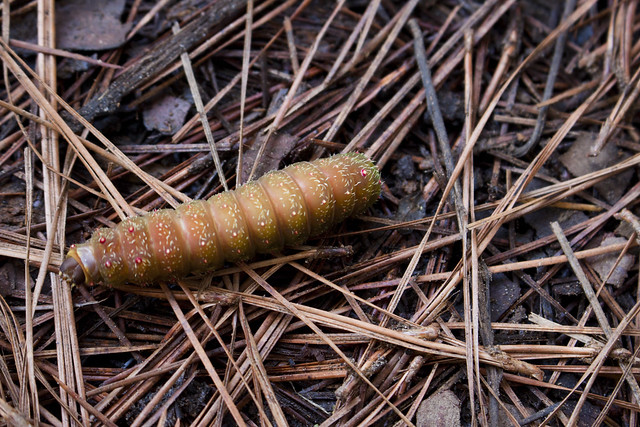 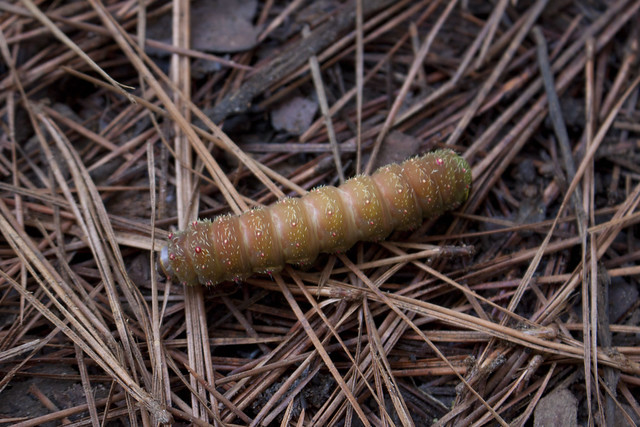 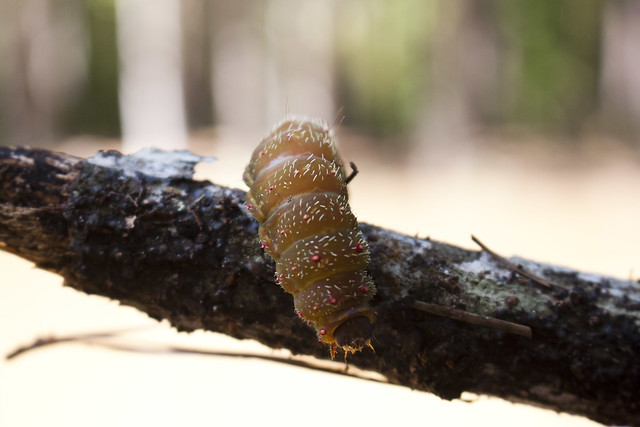 Earlier as we were about to start a hike we came across a fat caterpillar on the trail. Actually, Chris found it first after Forest and I had managed to miss it. It turned out to be a luna moth caterpillar. Later we found a squished one in the parking spot at the campsite. *oops* We put this one on a stick and moved it off the trail so other hikers would avoid it. 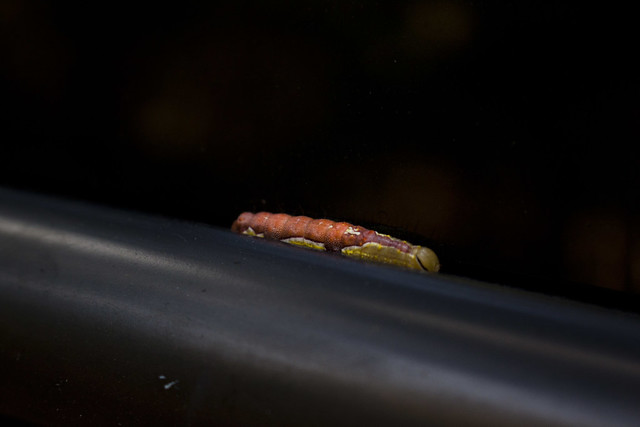 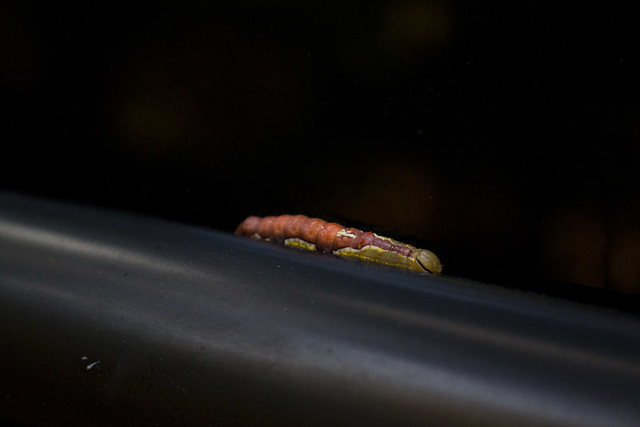 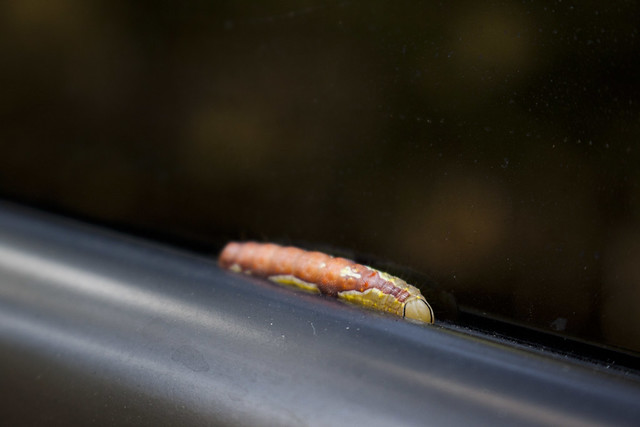 Chris really was the caterpillar man this time around, finding this caterpillar crawling along the edge of the window of the truck. It must have fallen off of the trees above. I did have to do some comparison looking online between Lochmaeus manteo, the variable oakleaf caterpillar moth and the Double-lined Prominent Moth, Lochmaeus bilineata, before I settled on the latter. My book had the caterpillar favoring the first moth but iNaturalist and Google really showed that it was the latter. Very neat, I’d never seen one of those before! 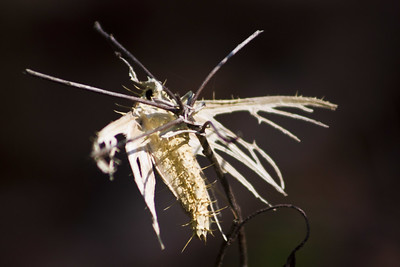