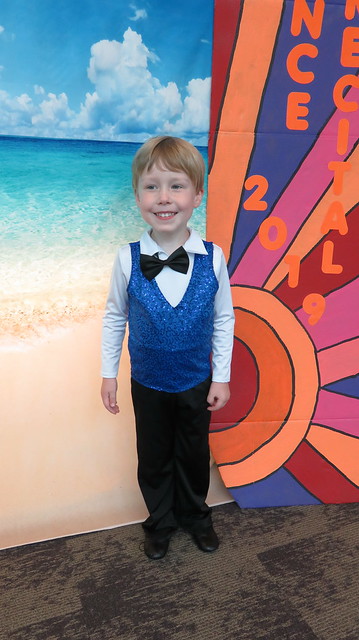 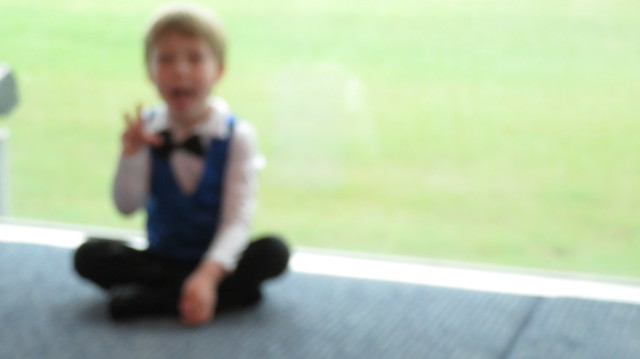 I know this one is blurry but it really represents Forest + his love for dinosaurs right now! 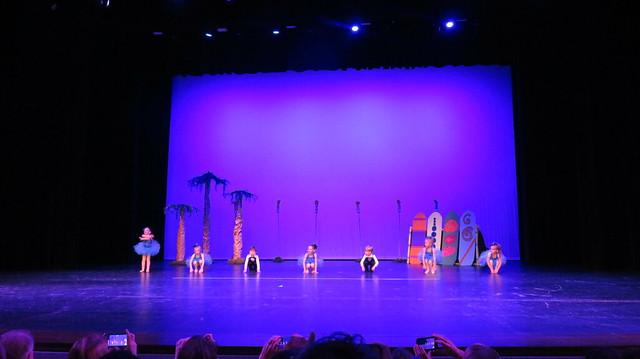 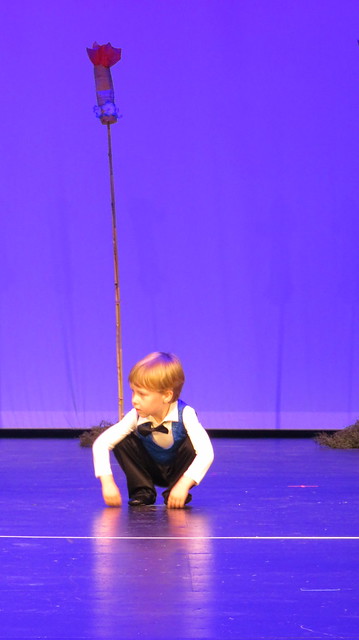 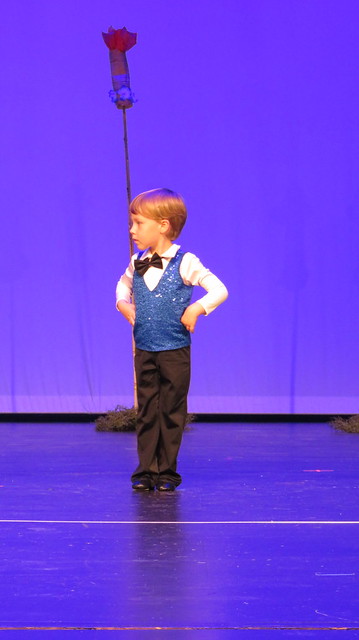 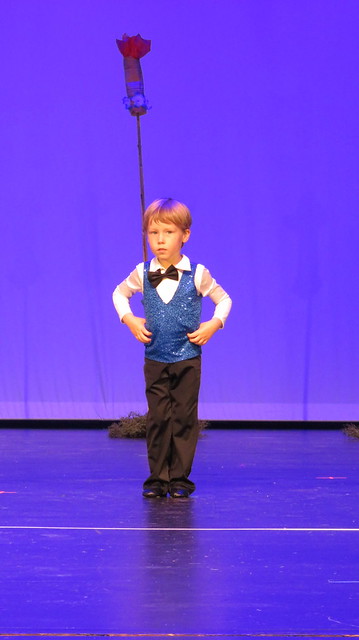 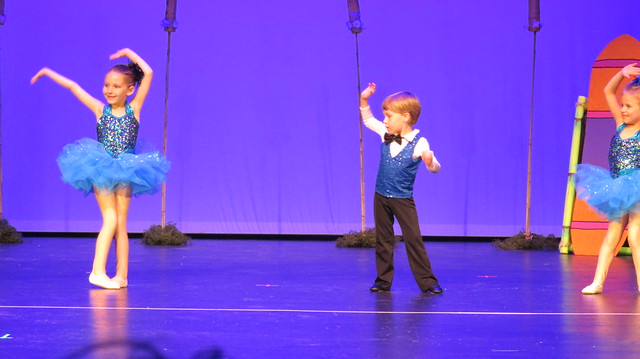 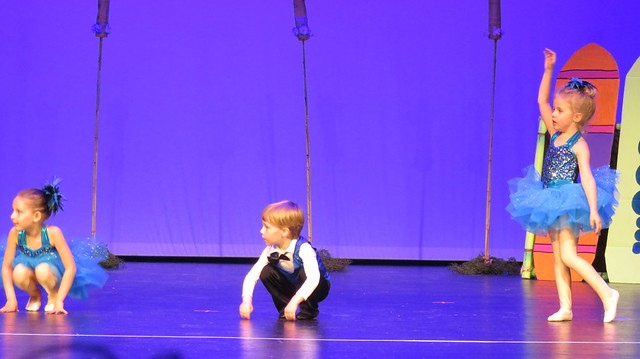 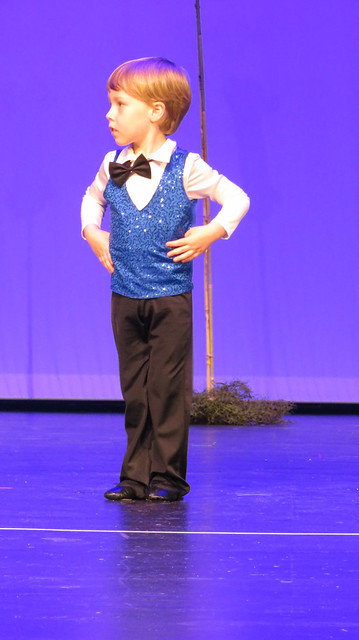 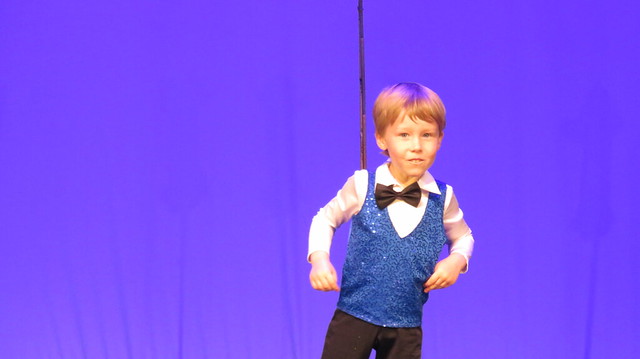 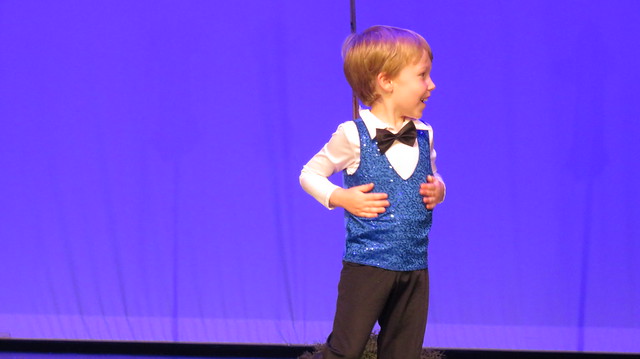 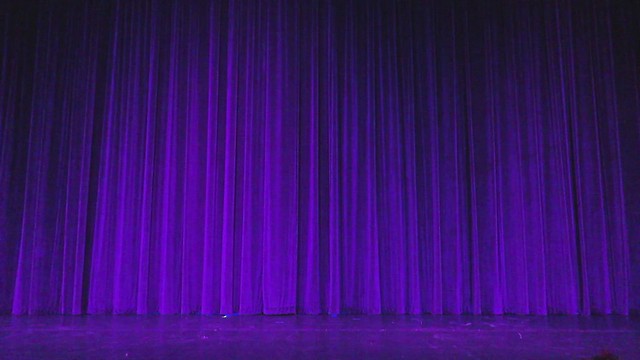 *Video isn’t wanting to play from the embed, so click on the photo or the link at the end of the post*

Last fall our daycare announced that they were going to have an outside dance school come in to teach dance classes to those kids and families who were interested. Forest saw the sign and I mentioned it and he was enthusiastic about it. Because it was going to be taught during regular school hours there would be no need to shuttle him around to a dance class after hours or on a weekend—it was a win-win for us! So, we signed him up and for the most part I think he’s enjoyed it. We’ve barely been able to get any info out of him about it but I’ve asked the director at the daycare about it since she sees him every day and she said he always has fun in class.

And of course at the end of the season of these types of things are recitals! It was our first performance of his to see which meant it was pretty special! I think the hardest thing was convincing him that he had to wear the costume. Paired with him recuperating from a stomach bug over the two previous days, he wasn’t that enthused about going to his recital yesterday evening. To persuade him into putting on his costume I told him he would have a surprise after the performance and that seemed to entice him.

Once we arrived at the theater he perked up because it was a new building plus the photo booth situation at the beginning. And then the other kids started arriving including a friend of his whose sister was going to be in the recital. Dropping him off with the other dancers was a smidge hard but he managed to go back there by himself and we had to hope for the best!

Forest looked so grown up in his costume and my little baby is turning into such a big kid! Afterwards he talked about how much fun it was and I think he really enjoyed it. In addition to the the entrance of the dancers and the final bow at the end, he and his pre-K classmates had two separate performances. The recital was a conglomeration of other kids from a variety of other local daycares so there were plenty of kids we did not recognize.

We’ll see if he decides to go forward with dance class again if it is offered next year but I will say this was a success!

*If reading this via email or a reader you may have to click through to the website to view the video. Or view it at Flickr here*