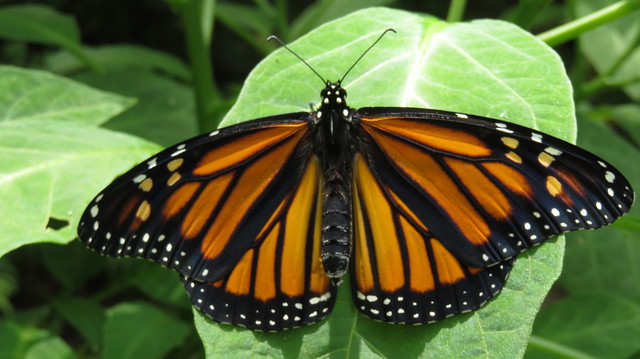 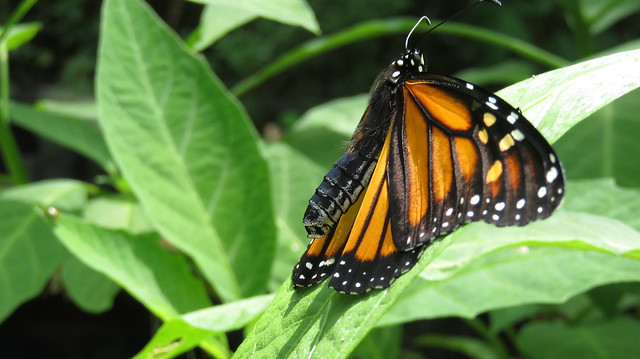 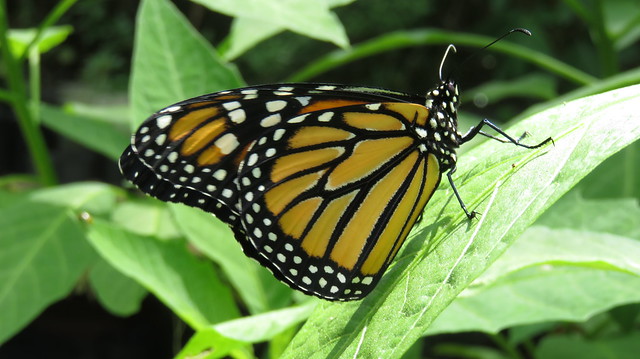 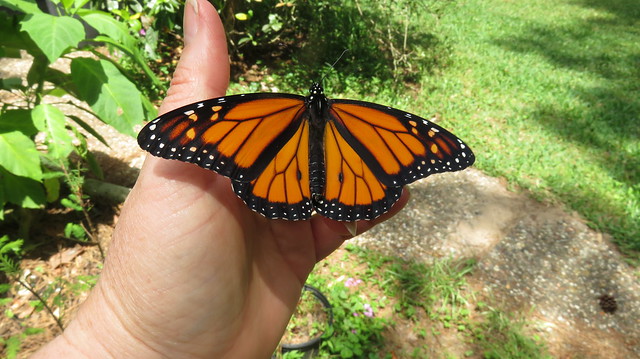 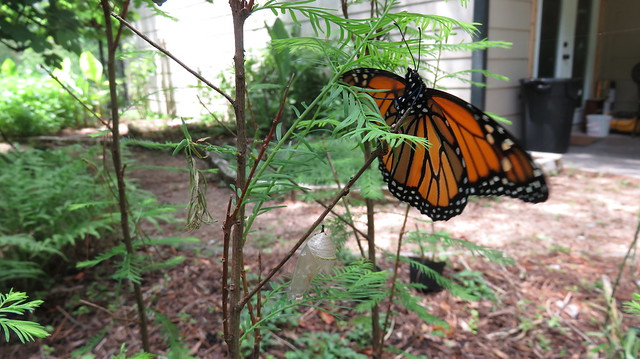 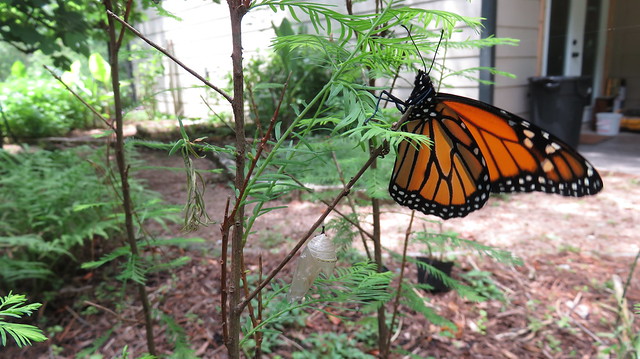 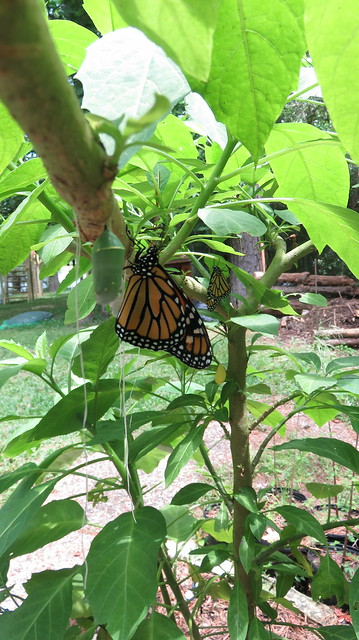 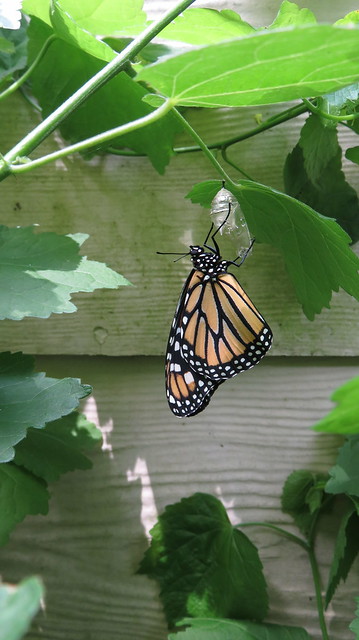 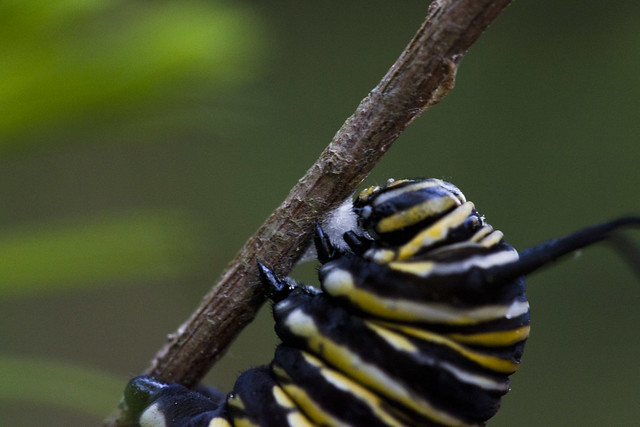 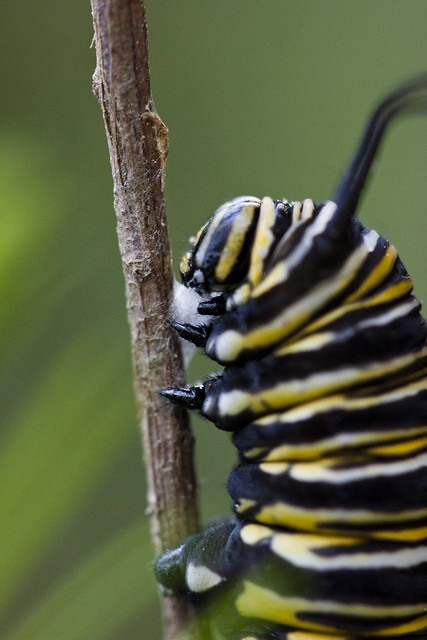 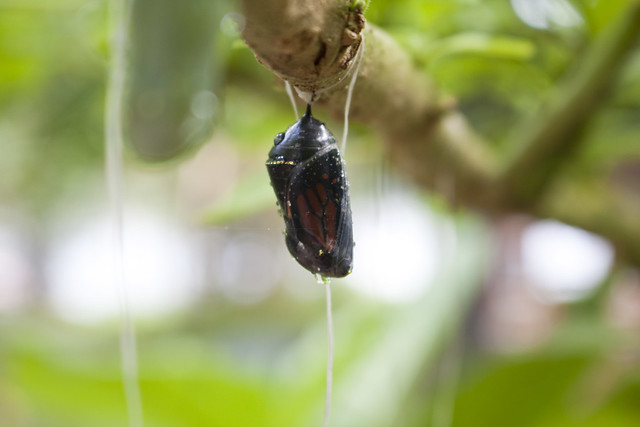 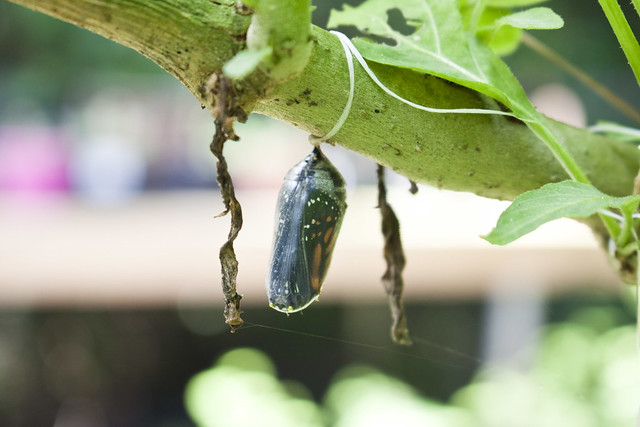 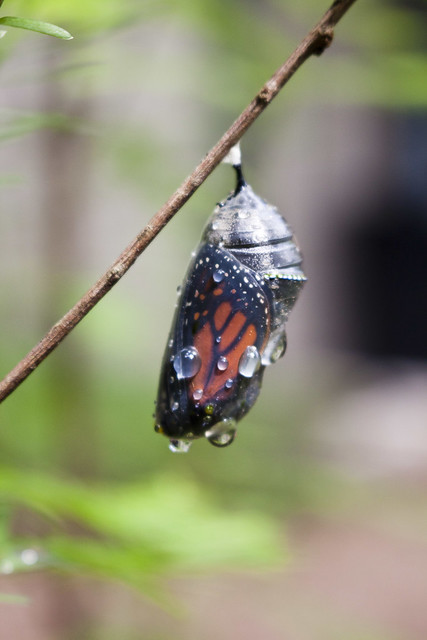 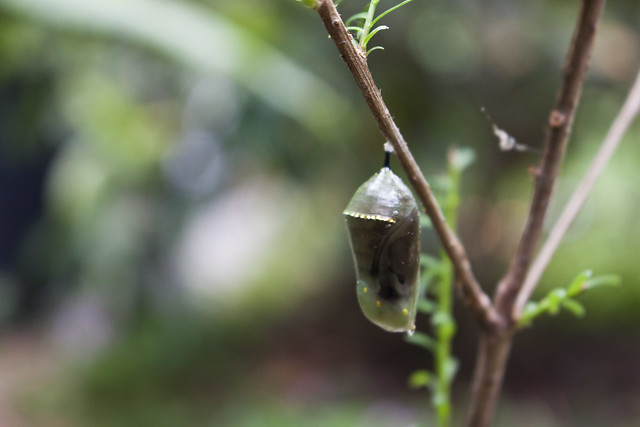 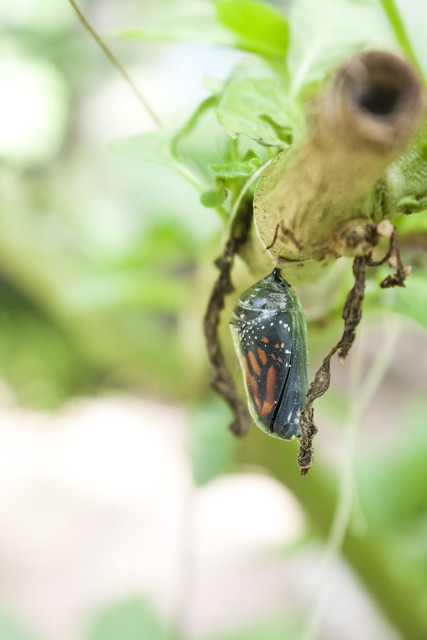 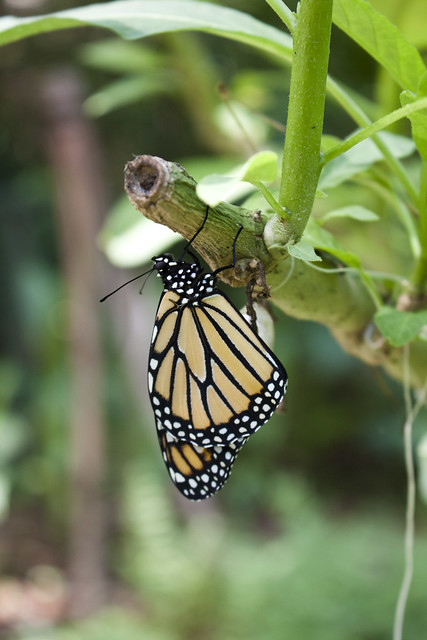 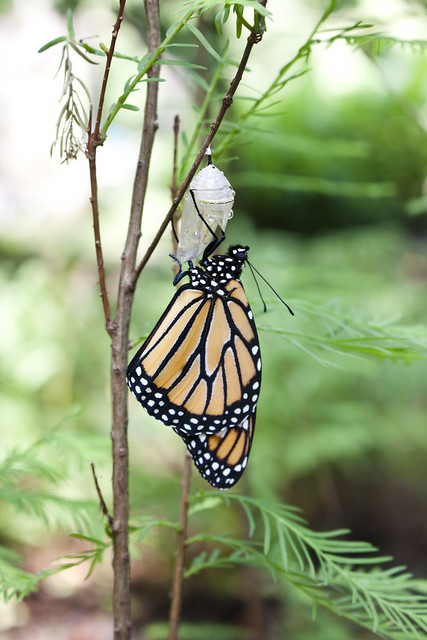 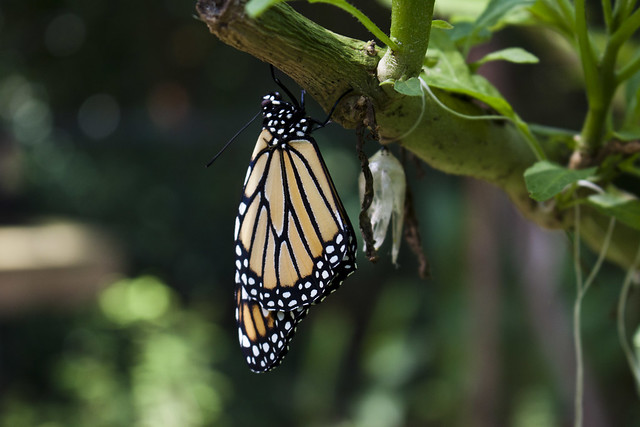 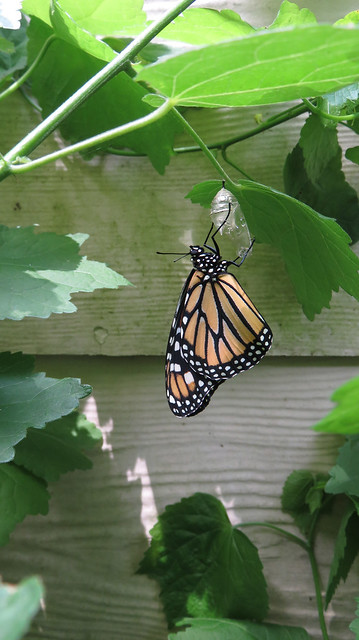 Spring monarch butterfly season is now several months in the past but I thought I’d take some time to write about how it went overall. This season I opted not to use the tent mostly because I didn’t have a lot of tropical milkweed left from winter and by the time the monarchs started flitting through here we didn’t have a lot of new growth due to a late freeze in March. Nevertheless, that didn’t stop two females from egg bombing what milkweed I did have and I had somewhere between 40-50 eggs when I counted.

I started the season attempting to be hands off. Most of the milkweed I had was in pots from cuttings I’d begun rooting back in the summer and fall last year. There was a smidgen left in the garden but not enough to feed a bunch of tiny baby caterpillars. Around the corner in the empty lot where a lot of the green milkweed grows, I’d been checking frequently for any signs of milkweed emerging. Finally it seemed as if the lot went from no milkweed to full stems of it in about a week. Right on time! Just as the tropical milkweed was basically devoured down to stems I had a flush of green milkweed available.

This meant once to twice daily stops to the milkweed field to take cuttings. I started off by putting the milkweed in my floral tubes because the caterpillars were not as voracious but after a few days I started just sticking the cuttings straight into the pots because they would be eaten within hours. In all this time the caterpillars and milkweed were still contained to pots in a small section of the garden near the potting bench. It was accessible and I didn’t need to clean the cage! Sure, it was open to predators but I wasn’t going to worry about that in the beginning just because I knew I didn’t have much milkweed to feed them all.

Finally they started pupating. One by one they wandered off and I managed to keep track of many of them. Some went to the cypress trees Chris is growing out, others crawled across the path and onto the house or into other areas of the garden. I’d catch a glimpse of one in a J or even a chrysalis as I’d walk by the garden—they are sneaky—Forest even found two for me that were hiding out on empty pots under the potting bench! Because we were going to have the house painted in early April I kept an eye out for some of them that may not have emerged before the house painting but luckily we got through all of the eclosing before that became a worry. Though, I did end up moving a few who went to some poorly planned places like the lip of a trash can on the porch and some that were on the edge of Chris’ air compressor and some other odd items on the porch. I tied them up with floss onto the brugmansia above where the milkweed pots were.

Now we are several months out and the monarchs are mostly up in the northern part of the US and southern Canada now. I haven’t seen a monarch in weeks—I even looked at the butterfly garden at the zoo last weekend which is where I would normally see one year-round if I was going to. I haven’t seen any gulf frittilaries yet, though there is an abundance of other butterflies. Dragging my camera out to take photos hasn’t been something I’ve thought about doing the last few weeks so I’ll need to think about doing some butterfly stalking soon.