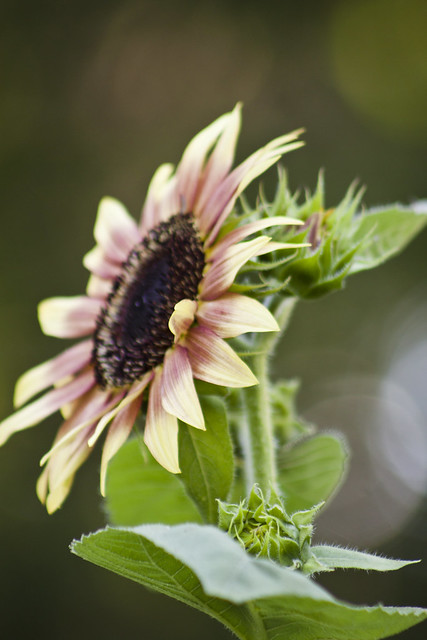 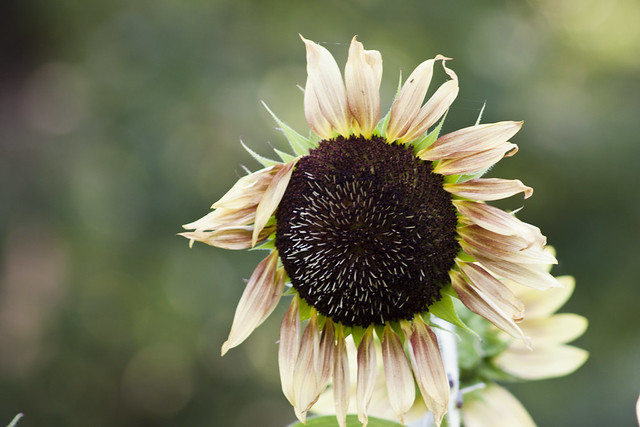 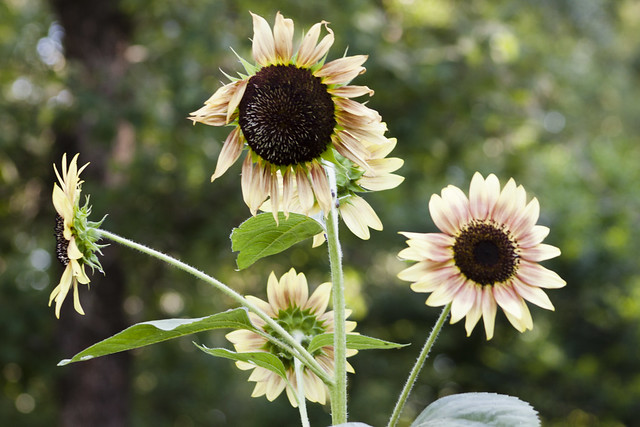 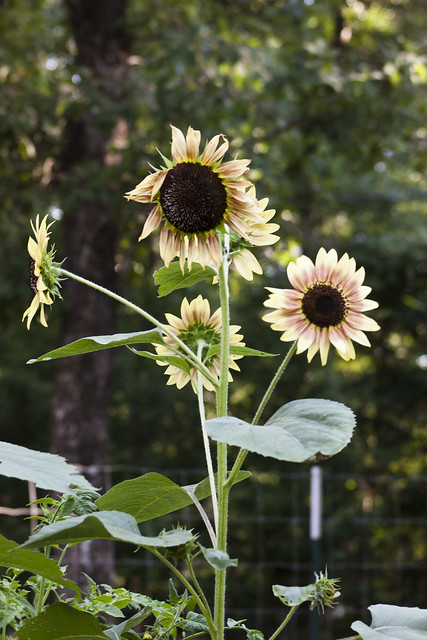 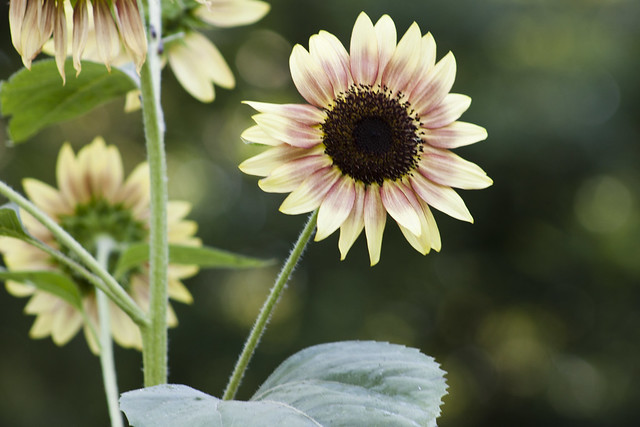 One of the highlights of early summer were the Ruby Eclipse sunflowers I sowed in the spring. I planted a couple of different varieties and these were the only ones to come up but it wasn’t until they bloomed that I was able to figure out which ones they were. I watched as they went from knee high to chest high and then eventually towering over my head. I thought these were tall but I have a tithonia right now (Mexican sunflower) that’s several feet taller than these sunflowers were! I originally bought these from Floret but I believe you can find them other places online. I’m saving seed for next year and am already planning several rows of sunflowers in one of my beds.