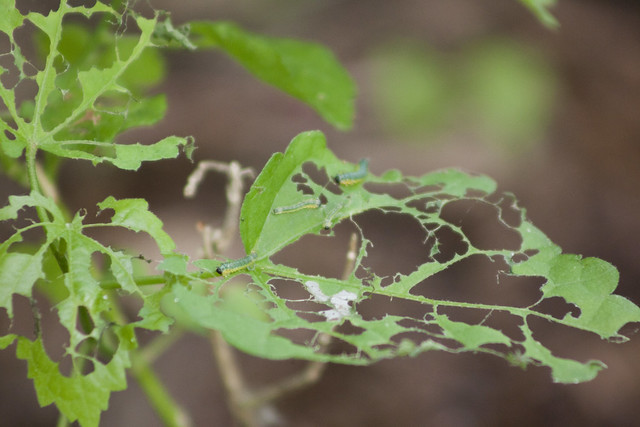 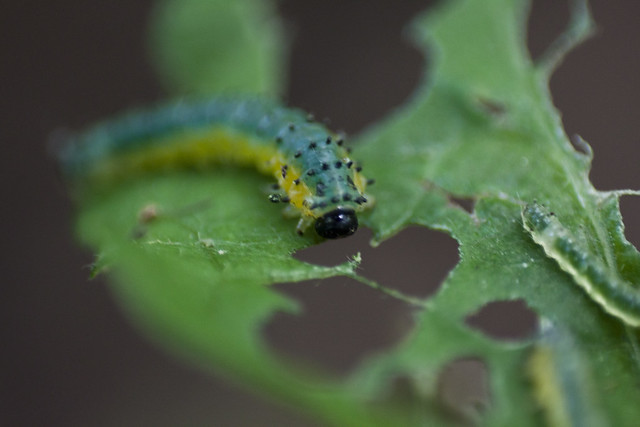 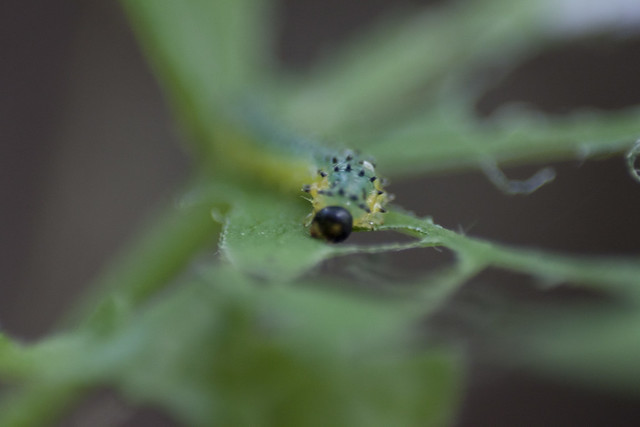 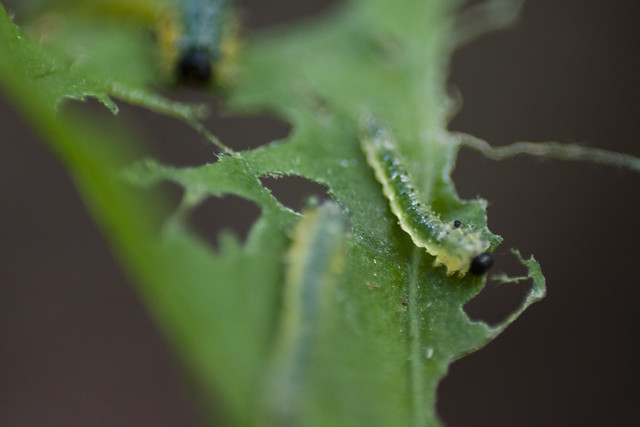 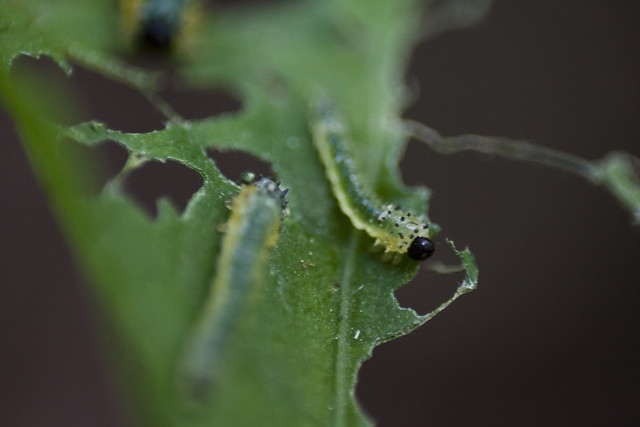 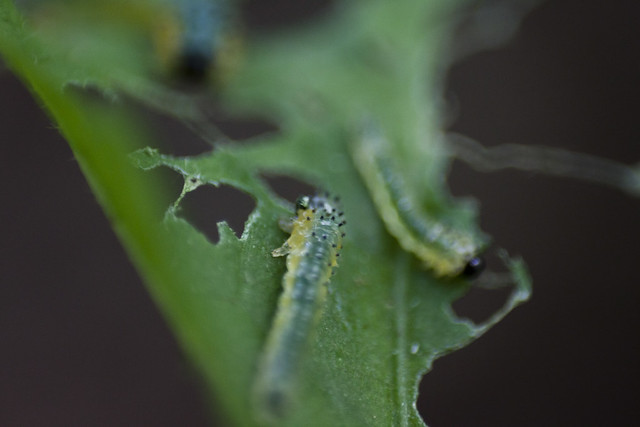 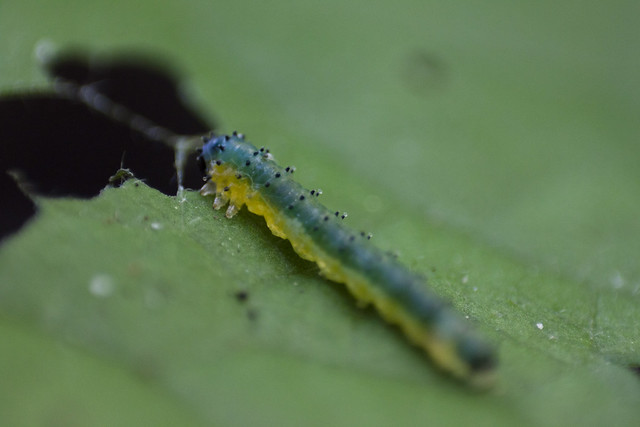 A couple weeks ago I noticed something chowing down on our Turk’s cap hibiscus and took a few photos thinking they were caterpillars. I wasn’t having any luck with iNaturalist so I grabbed the caterpillar book and started flipping through. A few Families gave me some ideas but then I continued to hit a dead end.

That’s when I took to Googling caterpillars and Turk’s cap hibiscus and started sifting through the images. There was a photo of a sawfly larvae and then I recalled another iNaturalist entry sometime in the last year where someone had thought it to be a caterpillar but it turned out to be a saw fly. I can’t recall if it was on a Turk’s cap or another plant but I adjusted my settings in iNaturalist to Class Insecta and bam! that helped out a lot because the first suggestion was hibiscus sawfly! A few more Googles and iNaturalist comparisons and I felt confident that’s what this was.

I’ve seen them eating the hibiscus in the past but they never decimate it and I always move on. Same as this year—they’ve already moved on to the rest of their life cycle. It was just a really neat encounter to see and a little bit of sleuthing yielded the answer to who they were!