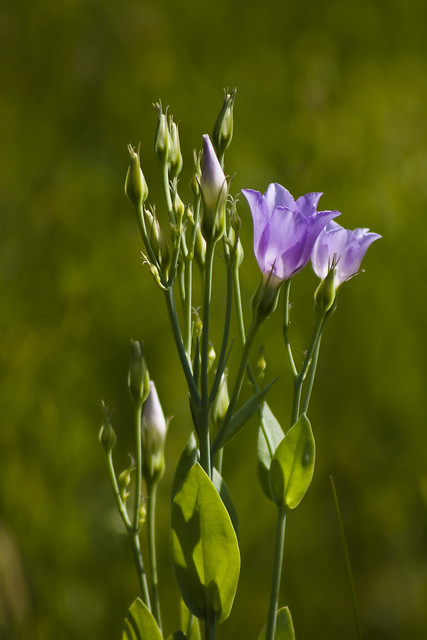 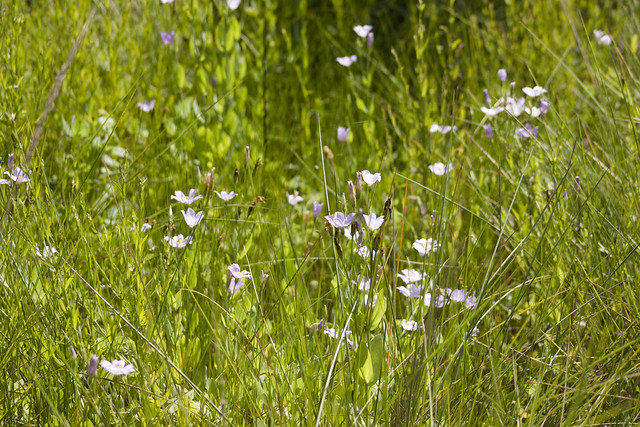 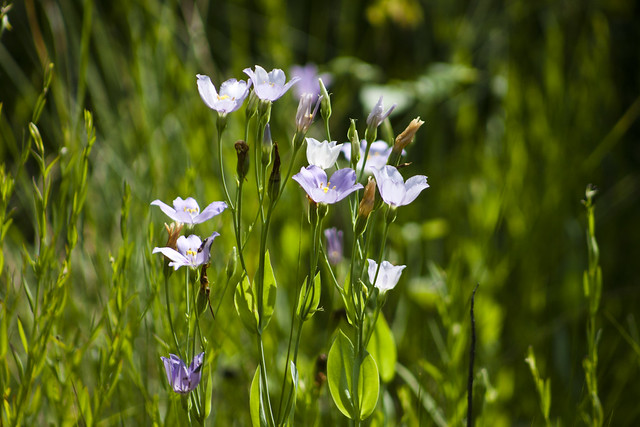 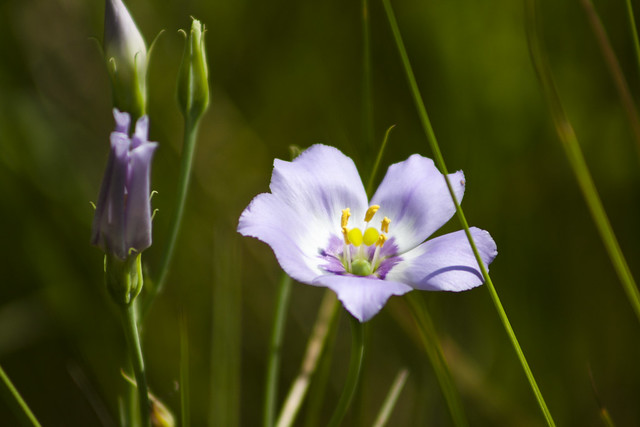 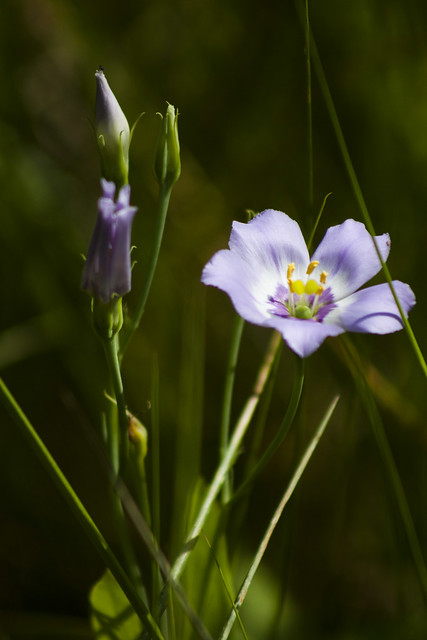 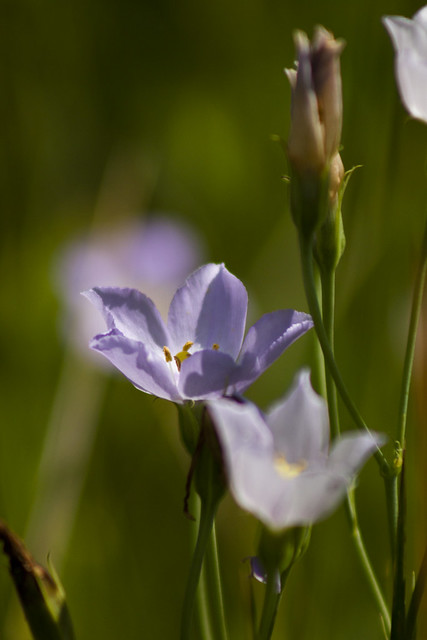 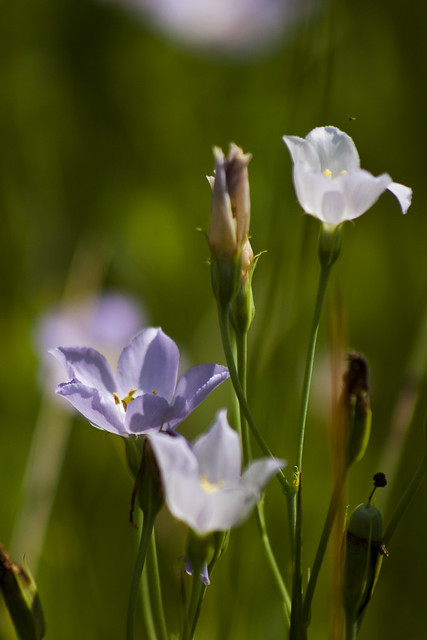 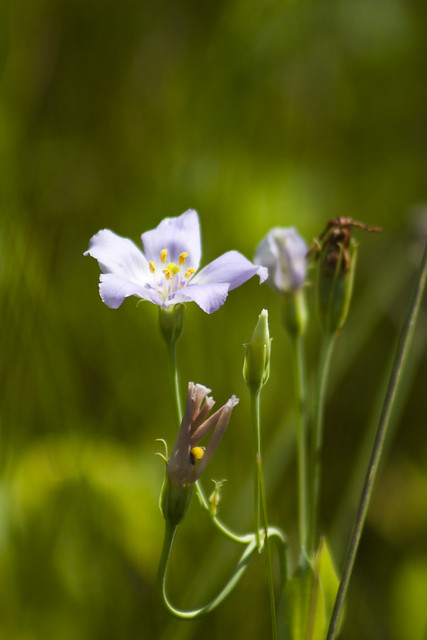 I initially wrote the title of this post as calling this particular species as Texas bluebell. But upon further digging my lumping of all Eustoma sp. together as a Texas bluebell seems to be the wrong way to go. There are three primary species in the US, Catchfly Prairie Gentian Eustoma exaltatum, Texas Bluebell Eustoma grandiflorum, and Showy Prairie Gentian Eustoma russellianum. But then you dig a little further and depending on which site you read, some of these turn into a subspecies of E. exaltatum and other people will use the common name Texas bluebells for them all—and well, maybe it doesn’t actually matter, because common names are common names and this is Texas and any flower that can remind you of Bluebell Ice Cream is probably a great flower to be loving!

The last time I had a post on bluebells was back in 2011 when we saw them at Tandy Hills. This time these were in a moist area (with potential to be rather wet at certain times of the year) along the side of the main scenic loop at San Bernard NWR. We were taking our time along the drive, admiring the different plants and scoping out anything we wanted to look at a little closer. I spotted this patch and the light was just right so I jumped out while Chris and Forest enjoyed the A/C.

Luckily the area wasn’t wet, though there was a bit of mud in some areas as I tip-toed around, but I found the area fairly easy to navigate. It was late morning so the sun was easing up in the sky but not quite so harsh that it made for bad photos.

We took a drive up to Sam Houston NF last weekend for a short hike on the Lone Star Trail again and several pastures near Montgomery were covered with bluebells! I do think those were likely E. grandiflorum. After seeing the first field Chris thought perhaps they were sown like that but we saw several other fields of them and they were really show stoppers. To be honest, they would give the bluebonnet fields in April a run for their money! I later regretted not pulling over to take a few photos. I’m sure they are likely there every year but since we typically haven’t done a lot of hiking in recent years in the summer due to the heat and having a little kid, we didn’t know about it. Our summers are usually reserved for areas near water or visiting venues with some respite from the heat, such as family visits. Obviously this year we are adjusting and Forest is old enough now to handle the heat better.

I’m thinking of attempting a few paintings of these photos and if I get around to it and they look decent enough, I’ll share them here!