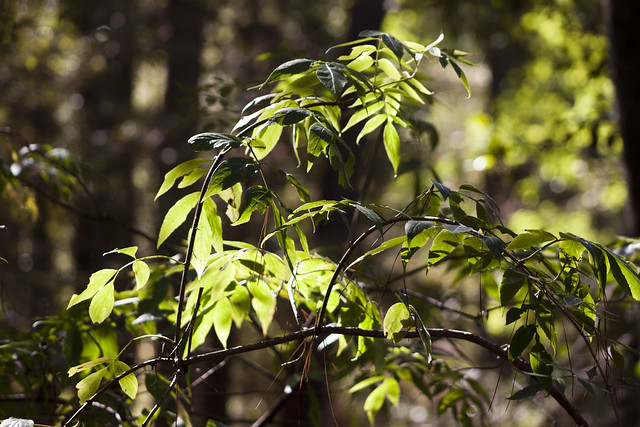 As the saying goes, “What a month this week has been!” Let’s step outside for a bit, even if it is in retrospect, to last Halloween weekend at Huntsville State Park. It was our first camping trip of the season, the first since our last one in late February/early March before the pandemic closed everything down. I believe it was Huntsville State Park that was our last camping trip, too! 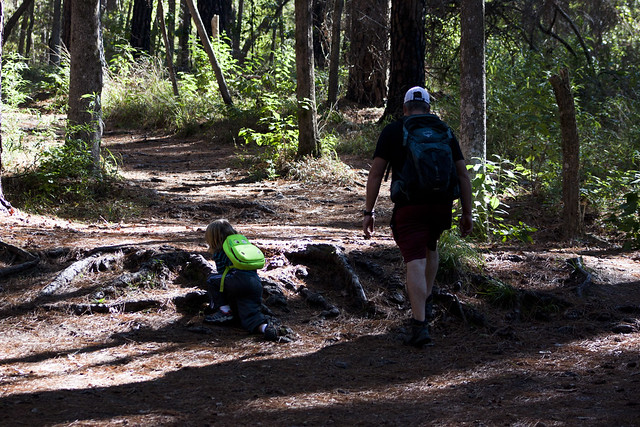 We set off for the large outer loop, the Chinquapin Trail, around the lake. Forest decided these roots along the trail were mountains to climb so he crawled up them and proceeded to do that for several others we found during the loop. 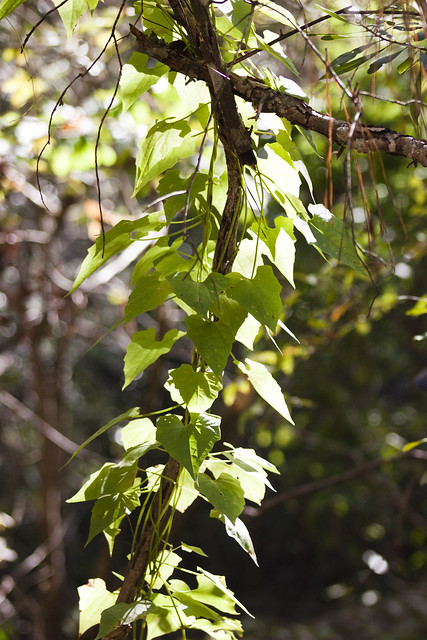 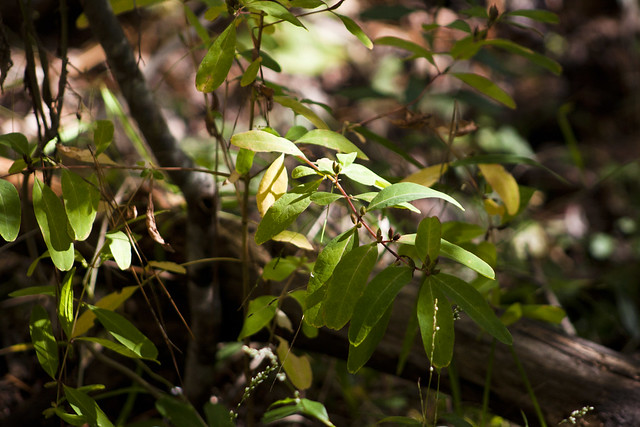 Greater Marsh St. John’s-Wort, Hypericum walteri
This hypericum doesn’t get a lot of notice from what I’ve seen so when I see one in the wild I’ve been trying to document them and get more sightings of them into iNaturalist. 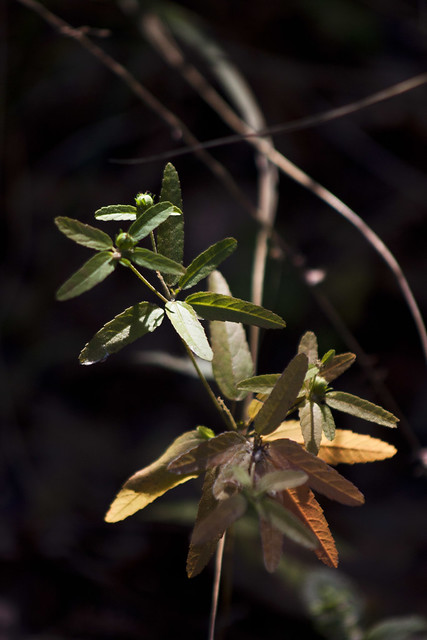 Flowering Spurge, Euphorbia corollata in seed. It took me a bit to figure this one out. It looked so familiar but without it being in flower I had to think a little harder. 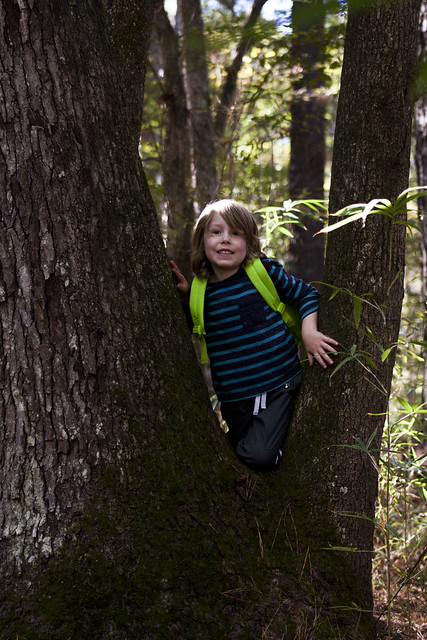 Years in the future, I will look back at all of Forest’s long haired days with awe. I loved his hair long, even if it was a bit scraggly in the end before he got it trimmed up for school. He looks like my little nature child here. 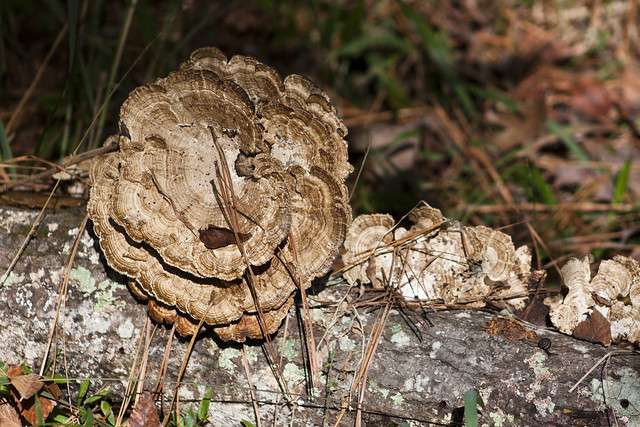 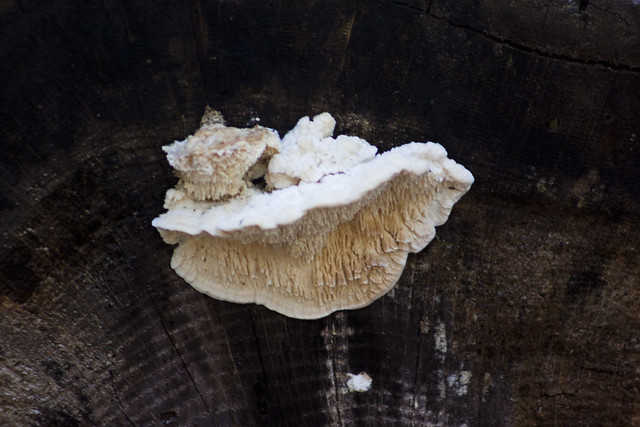 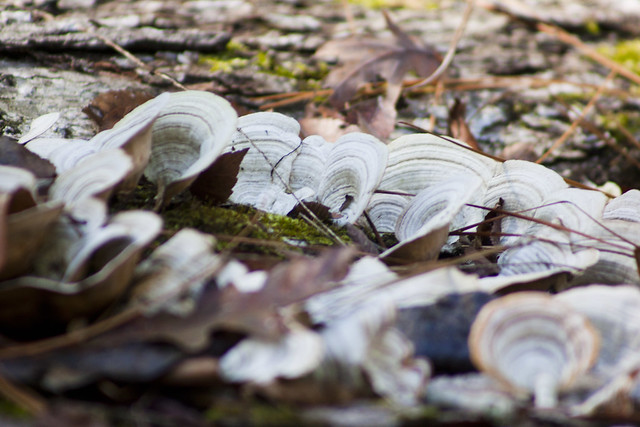 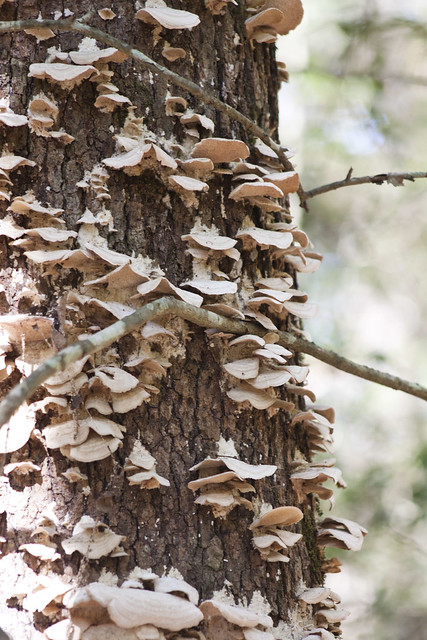 Being that it was fall, the fungi were in excellent form, and I stopped to see who was fruiting and decaying along the way. 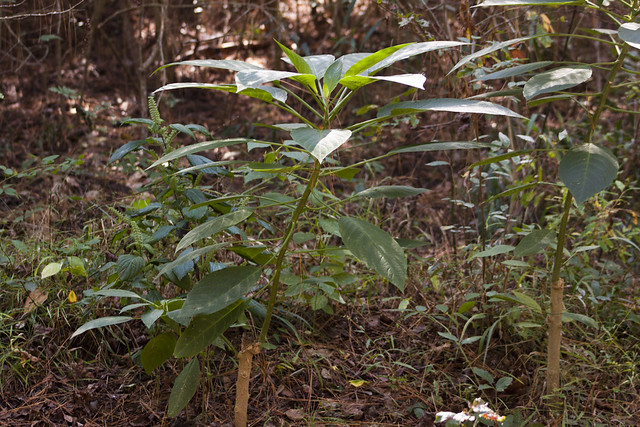 I was also astonished to find a couple of brugmansia that had rooted along a little creek crossing along the way. I had never noticed them before but I’m assuming that they have been there for a year or two based on how it appears they have been hacked down at least once. It will take a significant freeze or digging up to remove them, though I don’t suspect they will be invasive here. Also, did you know that all brugmansias in their native ranges have been extirpated from the wild? I didn’t know this until I logged this particular plant and tooled around iNaturalist for a bit and saw their information. I had to go and Google it for myself because I couldn’t believe it. There’s a tiny tidbit for you today—a genus very much alive in horticulture but gone from the wild on its own. 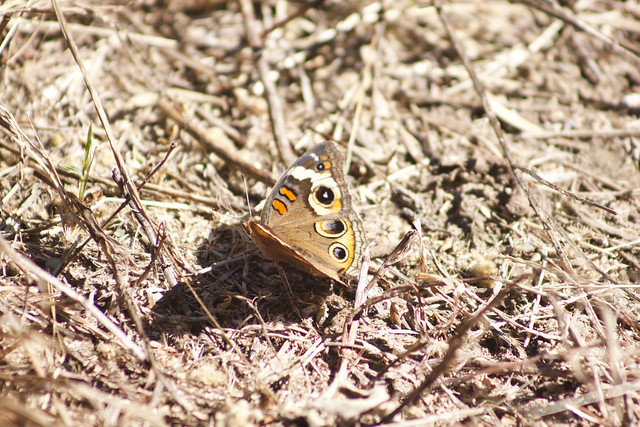 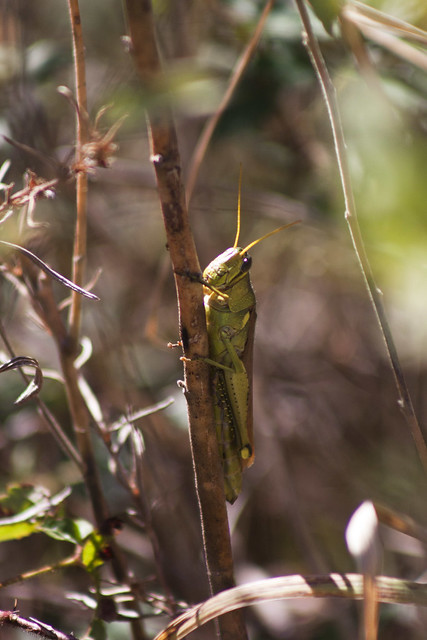 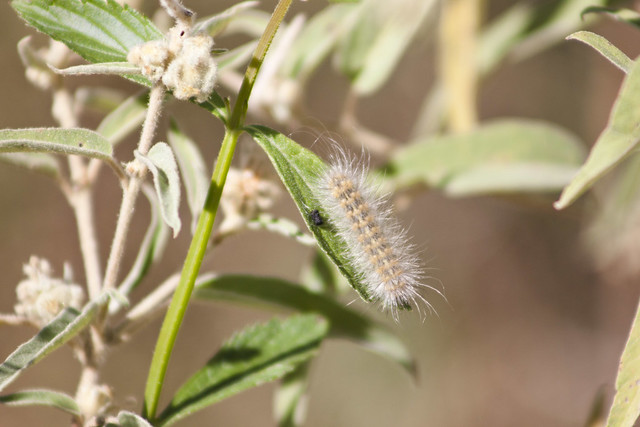 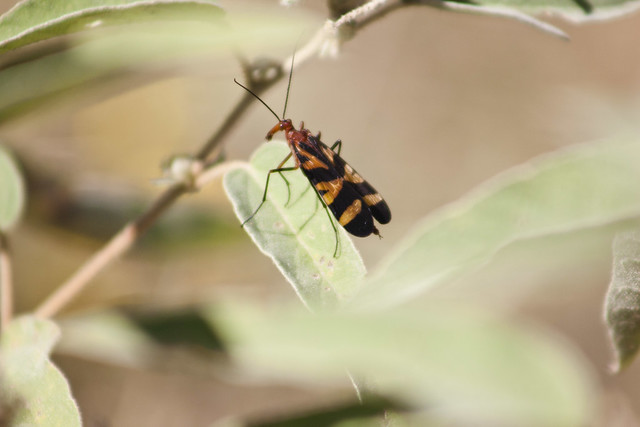 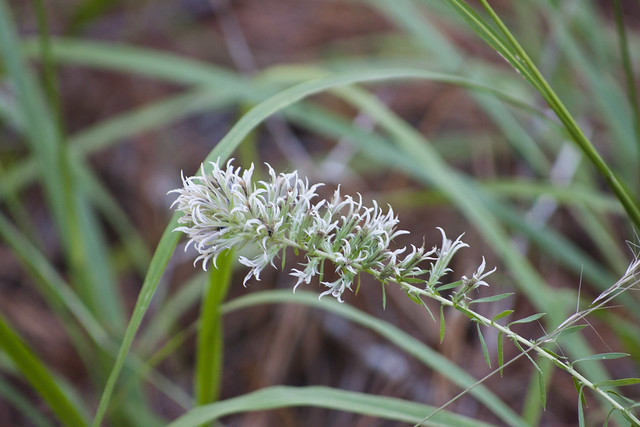 Elegant Gayfeather, Liatris elegans – it was just about the end of the season of them but we found a couple still blooming. Most had gone to seed. 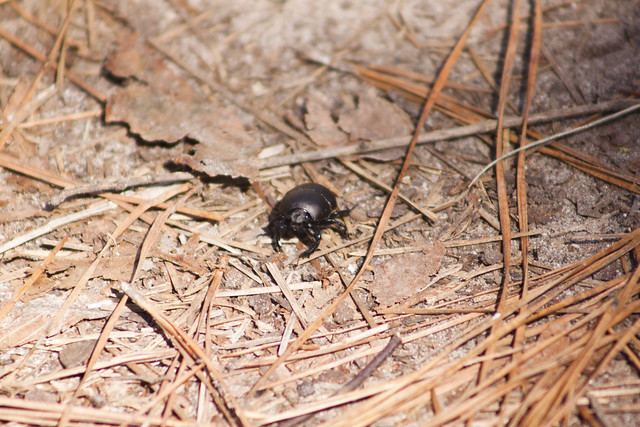 I wish I had taken a better photo of this beetle to better identify it. 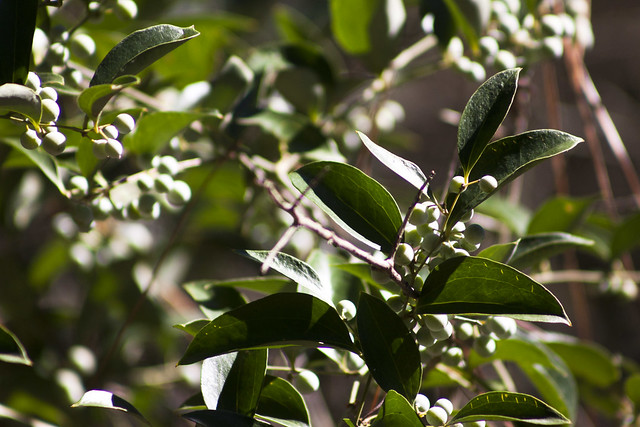 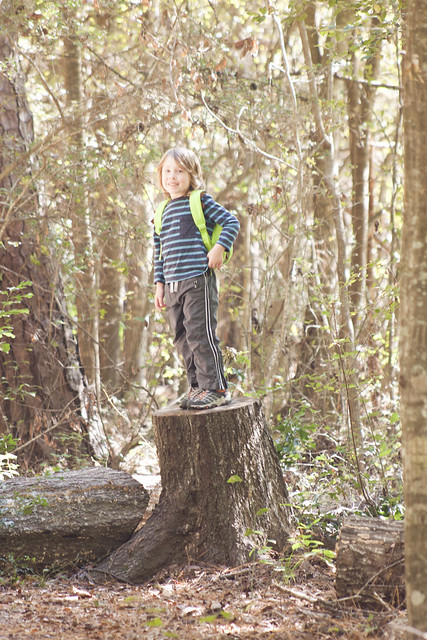 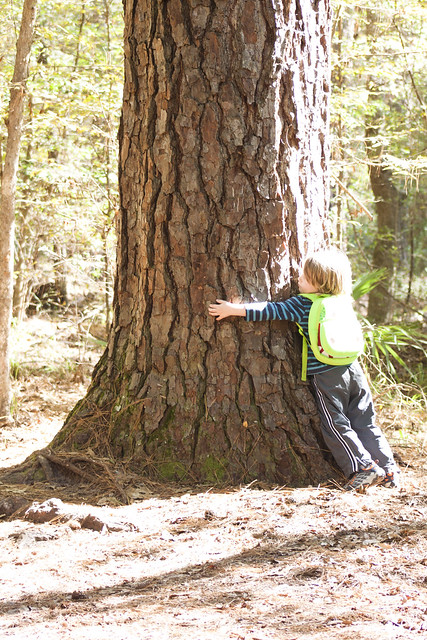 I have several iterations of this photo with Forest and this tree over the years. Some day it would be nice to have a frame or collage of all of the different ones we will eventually have. 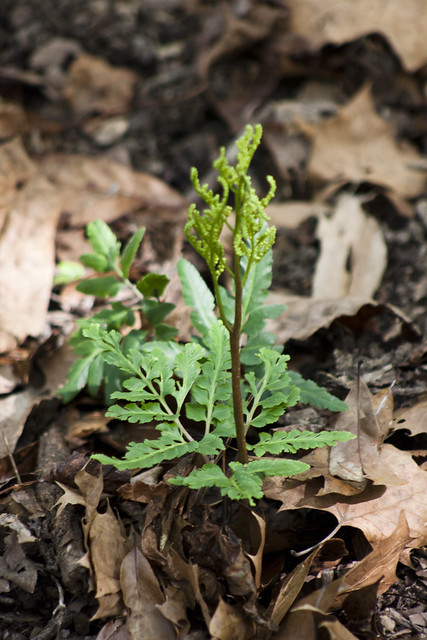 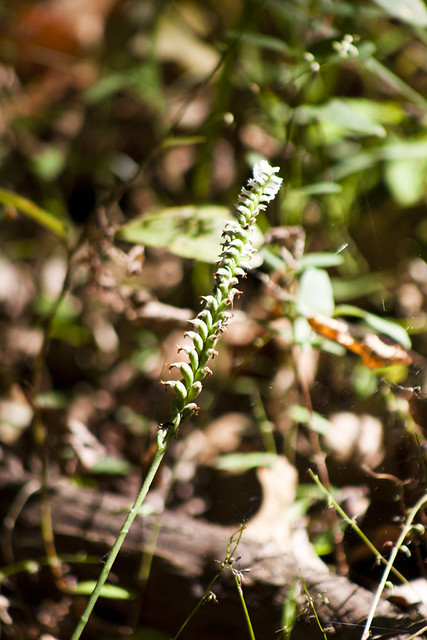 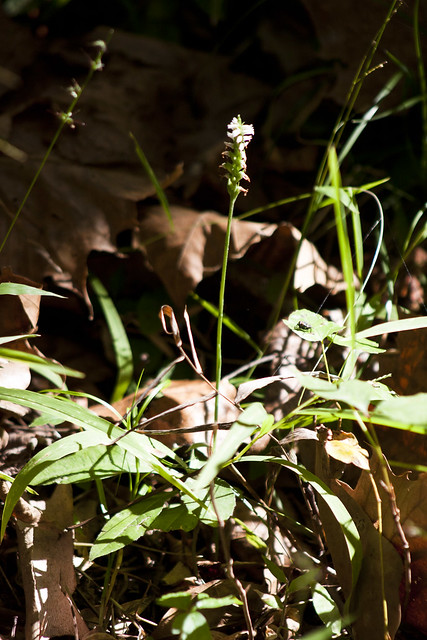 Lesser Ladies’ Tresses, Spiranthes ovalis var. erostellata – I knew when I saw this spiranthes orchid it was a different species than the ones we typically see. Thankfully there are a couple of more knowledgeable spiranthes identifiers on iNaturalist and this one was figured out quickly. A good find!

Ah, every time I sit down to write these older entries I really wish I was outside hiking and taking new photos so I could write about them another six months from now! Anyway, it was a good hike that day, though because the weather was so nice and the close proximity to civilization the trails were rather busy. One of the busier times I’ve seen there that wasn’t summer, even in the far back side of the loop.