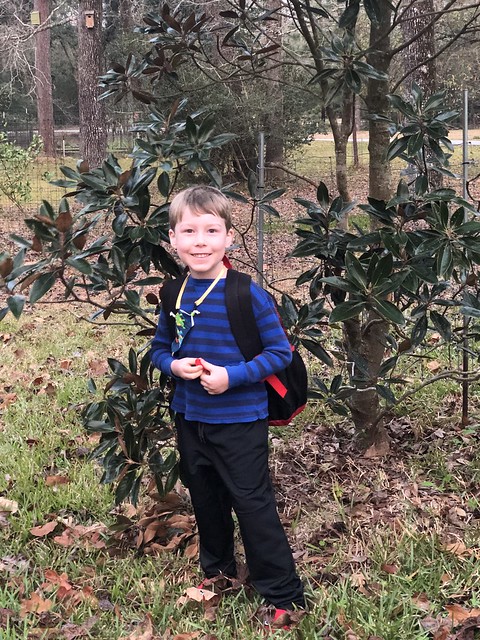 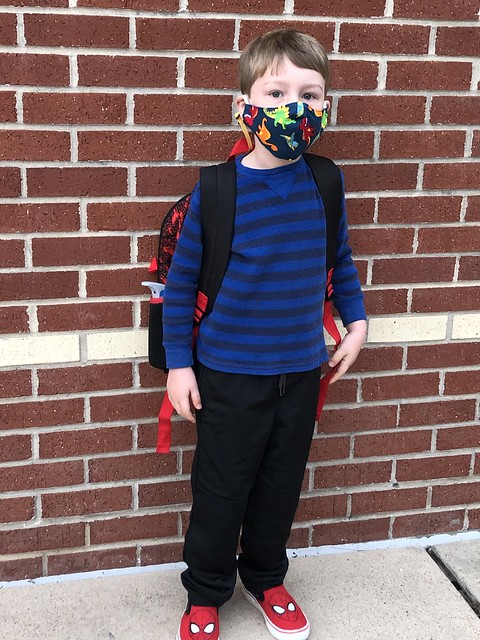 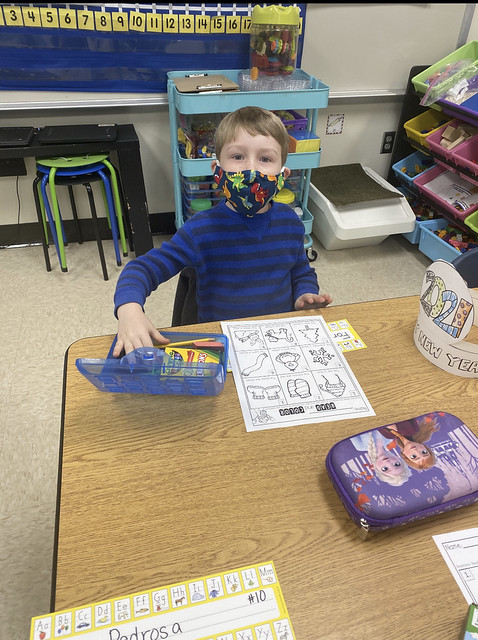 We kicked off the year with Forest finally going back to be with his peers at school. He had been home with us since late March 2020. While he had spent most of his life going to daycare 5 days a week and making friends and learning there, the 9+ months at home made him cozy and it was a bit hard to get him motivated to go to school at first. We spent the month leading up to it talking school up and getting him excited but he was still rather ‘meh’ at first. Even to the point of crying that Wednesday before we left the house, which of course, I would have done too! Play with my toys, stay in my jammies all day, eat snacks all day, between my two zoom classes? Sign me up! And leave all of that for school? Yes, tears would be involved!

But it only took like two days and he was like SCHOOL’S THE BEST! OMG THE PLAYGROUND! LUNCH TIME!! FRIENDS! And on Friday evening last week he was really sad he wasn’t going to school the following day so he could play with friends! So, I think that 9+ months was nice but getting to play with friends blew all of that out of the water! Then, on Monday he was upset they cancelled school because of the “snow” (reader, our area *missed* the snow by 20-30 miles), though there was some sleet mixed with rain and I suppose areas on the outskirts *may* have had more precip, but it was laughable that they closed school. But here we are a week later and he is enjoying school and can now navigate walking to his classroom on his own after a few days of having a teacher or older kid help him to class. So, I’m very proud of that, especially because even last spring at daycare he was still quite attached to us at drop off!

School pickup is the hardest but is turning out not to be as horrible if we leave about 10 minutes after school gets out, which means we will not have to sit in the horrendous line for very long. And luckily we work across from his school so we are able to bring him over to the office for the last hour of the day.

We got his first batch of papers from the teacher this week and it was nice to catch up on what he is learning since we were so involved in that for the semester. It was a bit strange not having my finger on that pulse last week but after a day or two it was easy to let it go. So, school is going well so far for Forest!