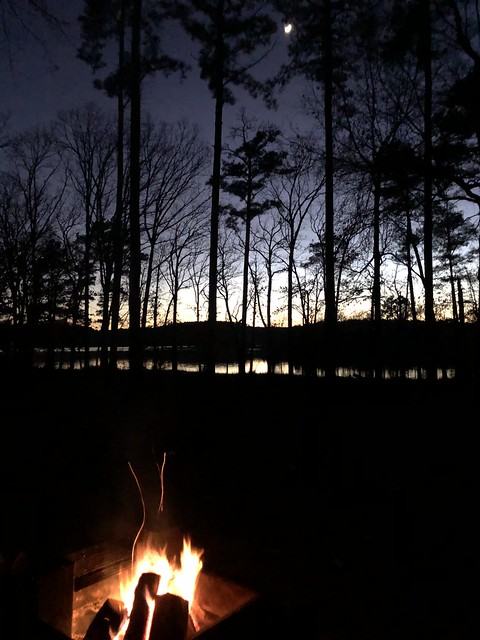 Right when Forest started school I looked up his school calendar to see what holidays he had off this spring. Most holidays Chris and I do not get off–the perils of working in the private sector. Boy, do I miss all of those holidays I used to get at my job prior to this one. And rather than suffer through working from home while Forest is off school for the holiday or Chris and I taking turns taking a day off, I figured we might as well take PTO and make it a three day camping weekend whenever these holidays came up.

Of course, the first holiday was coming up rather suddenly, MLK Day, and camping reservations were hard to come by in Texas State Parks. I finally managed to find a site that would work for us at Martin Creek Lake State Park in east Texas near Henderson. We’ve camped here once before, Easter 2019, and hiked here as a stop-over from Caddo Lake State Park, further NE from here, back in autumn of 2016. I like this state park, the only downside is the very noisy coal-fired power plant that is directly across the lake from the state park. It is actually not that loud during the day but at night, for some reason, that place comes alive.

So, we trekked to east Texas for the weekend. While it would be sunny, the temperature would be fairly chilly, particularly at night. But we brought layers and out trusty electric blanket, which is really a tremendous luxury to have while camping. We’re not RV campers but I do think that the electric blanket could be one of the last steps before someone takes the leap to a small camping trailer! Of course, we’re nowhere near that right now but I do chuckle to think how we’ve camped lightly in the past to where we are now—and even what we have now is not much when compared to how many people “camping” are actually RVing.