My online friend Danielle at Suwannee Rose does these lovely monthly wrap-up posts for the month, such as April In Bloom. So, I’m going to borrow her idea and replicate that here for a few months until I get the inspiration to write again more. I’ve actually had the inkling to post a few times but then the effort involved to sit down and type it all out sounded terrible so I moved on. 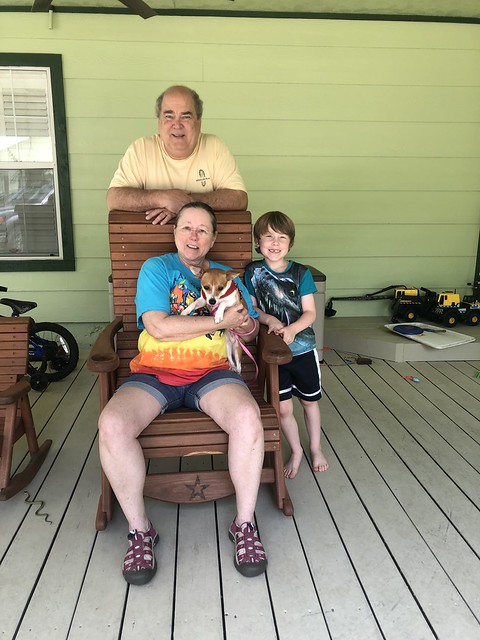 To kick off the month, my parents came down for Mother’s Day weekend. It was their first visit since March 2020 and Forest was thrilled to have them down again, as was I. Thank you vaccines! 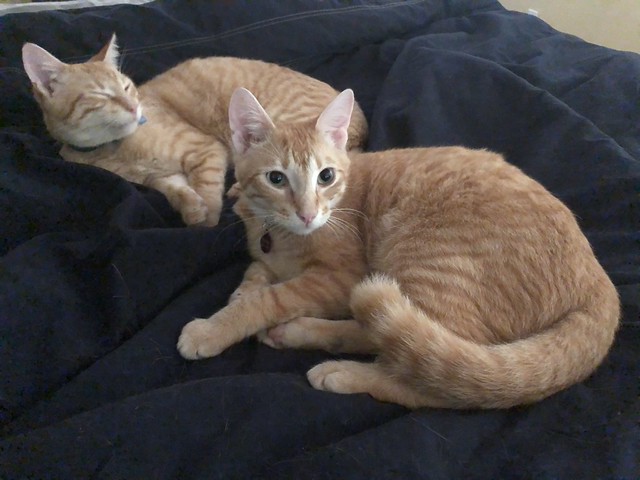 Rusty and Dusty have been settling in well this month and are now full-fledged members of the household. Their personalities are really coming out now and Rusty loves his middle of the night cuddles and also gives love bites and nibbles but seems to be more independent, and Dusty is the sweet, cuddly boy. 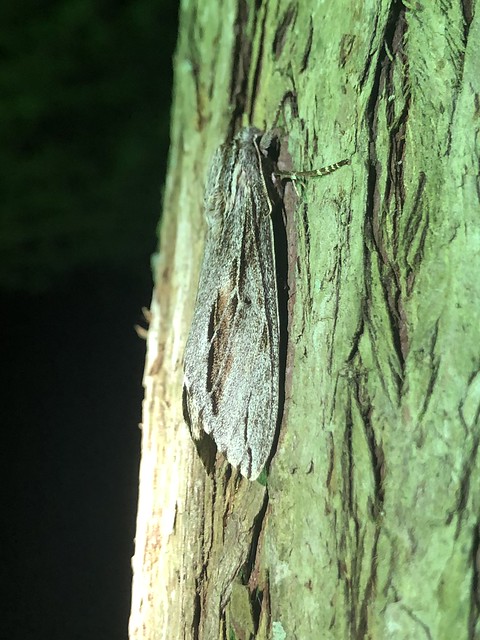 When my parents were here for their visit, Chris set up the mothing equipment and we identified quite a bit of new insect species in the yard, including a cypress sphinx moth, Isoparce cupressi. 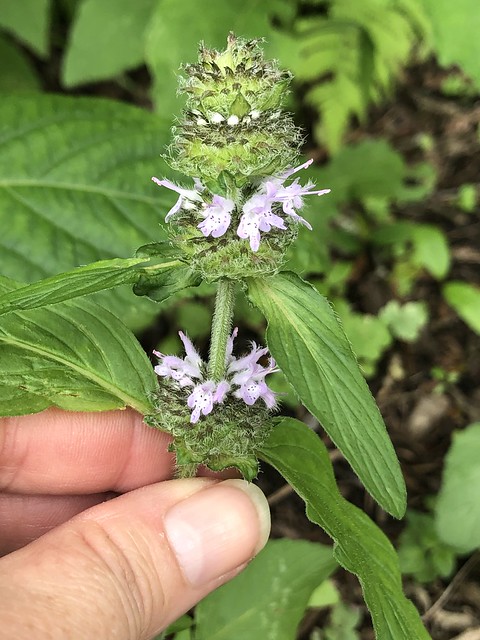 In the garden, I was thrilled to find that a downy wood mint, Blephilia ciliata, I had started from seed a few years ago finally flowered. I had thought those plants didn’t make it through but there it was blooming! 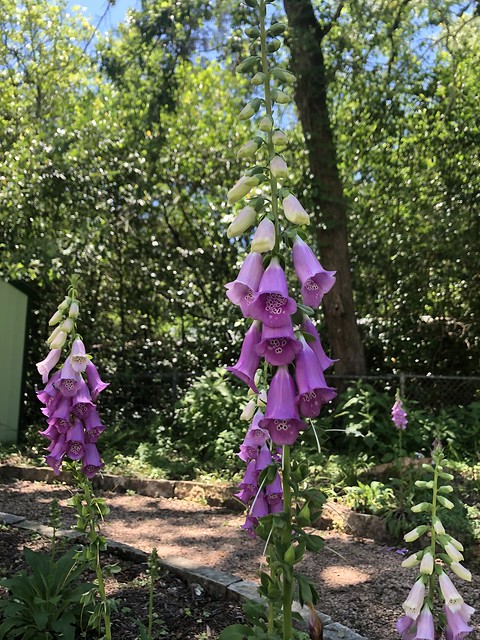 And the foxgloves were stunning this season! They last a good 4-6 weeks and then die back but I sure do wish they would last the entire summer. 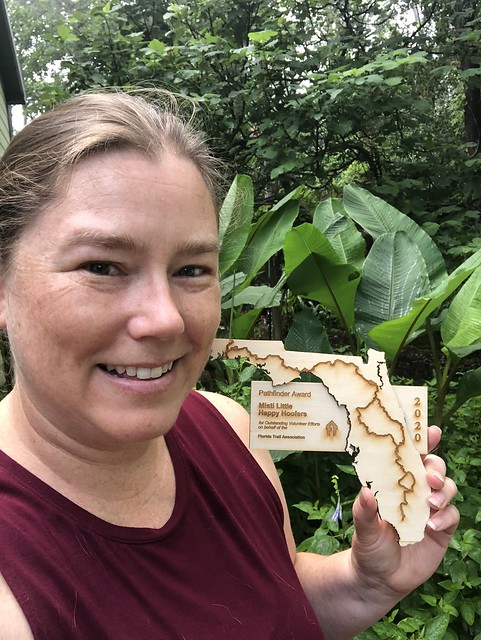 This is a little bit late because I didn’t receive the placard in the mail until this month but me/my podcast, Orange Blaze: A Florida Trail podcast, won the Pathfinder Award from the Florida Trail Association during their annual meeting over Easter weekend. I found out only a few days beforehand that I was even nominated and so being awarded this was surprising! It is a lot of work to produce podcasts and sometimes I wonder how much folks are listening or enjoying it, and this really made my day/year! 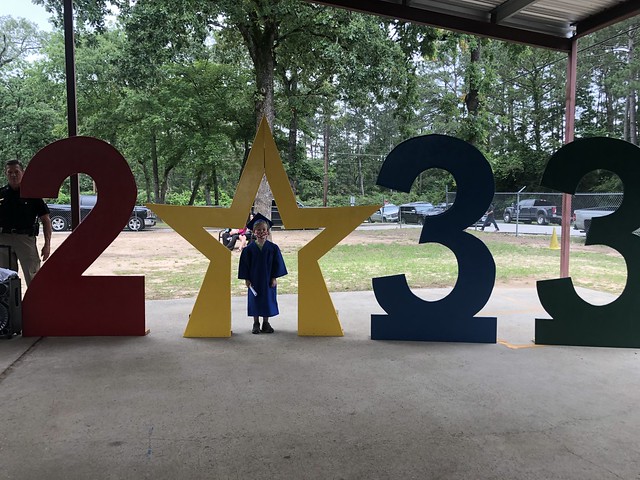 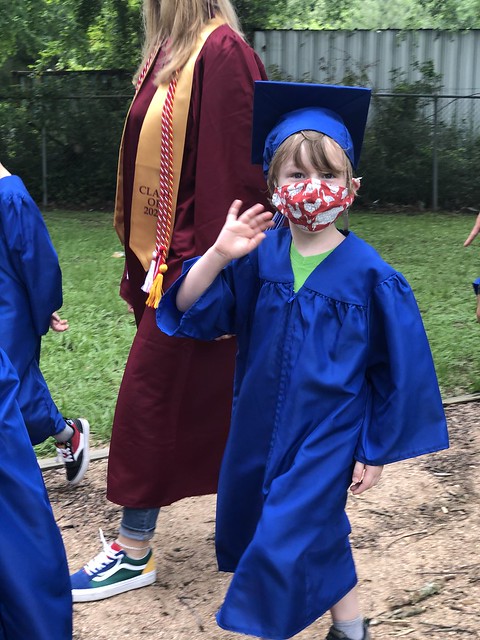 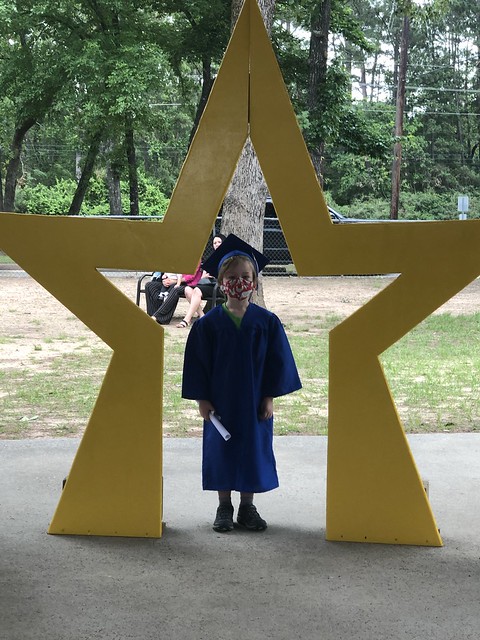 Forest graduated Kindergarten! They held graduation a few days before the last day of school and about a week beforehand they let the parents know that we could attend as the school was holding it outside. It was really fun to see and after such a hectic year and starting off doing online learning and then merging to in-person, it has been a lot of adjusting. But Forest thrived at school, winning the reading award during the classroom awards session a few days before graduation. He was sad to be leaving his teacher and his friends for the summer but he’s settled back into his daycare that he had been at since he was a baby through March of 2020. And it had only been a few months but I had gotten used to having him in my office that last hour of the day. It is certainly quiet here from 4-5pm now! 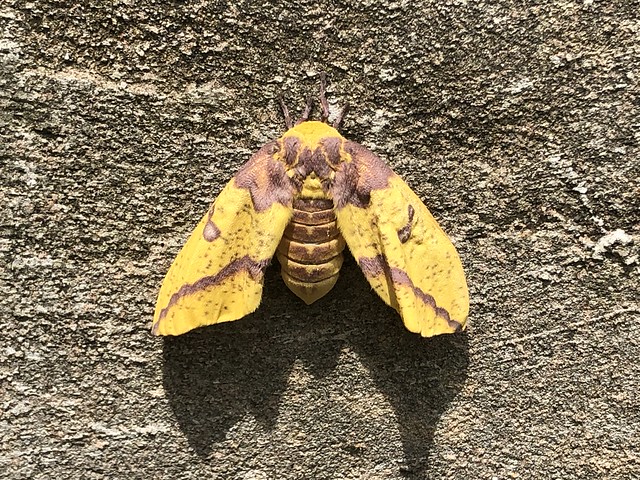 A few weeks ago one of our coworkers found this Imperial moth on the backside of one of our buildings. It appeared to have just emerged and was very docile for us to take photos of it. 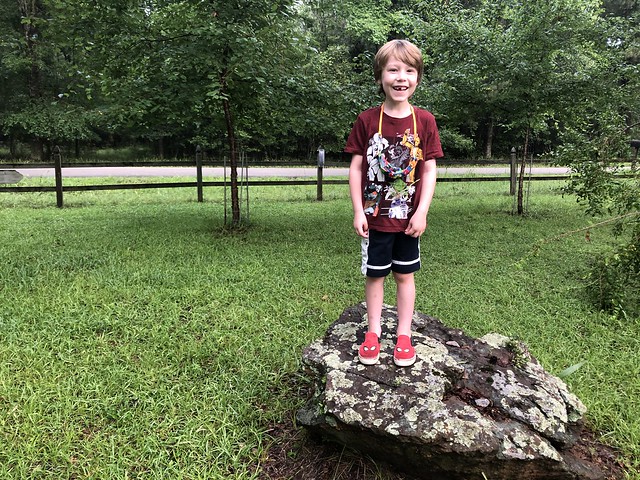 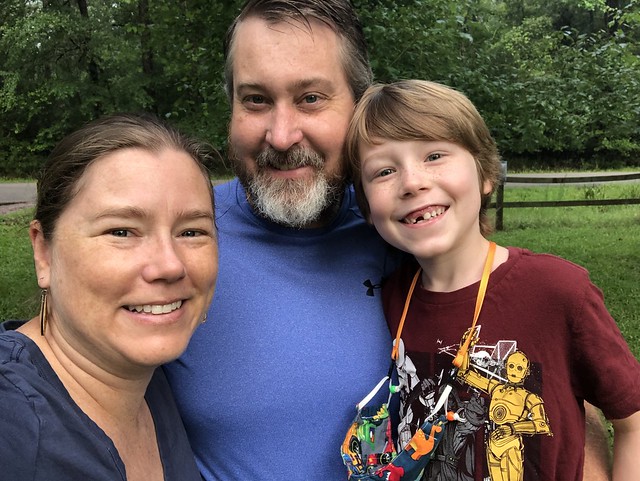 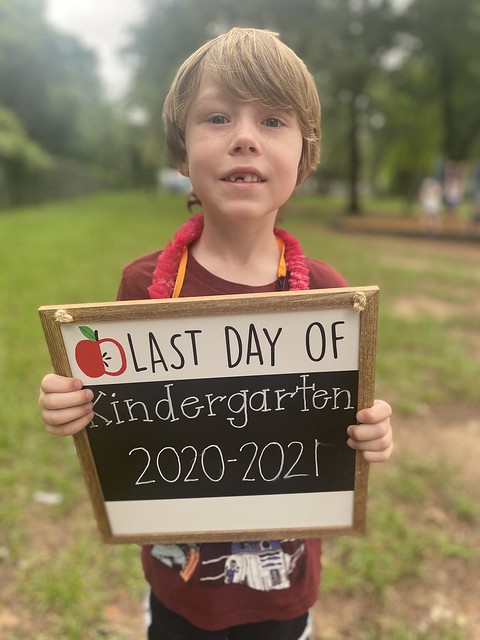 And then of course, the last day of school! It was a half day so Chris and I took the afternoon off and went to the zoo with Forest. We were originally going to go to the beach but the weather last week (and the last few weeks in general) has been quite rainy so the beach wasn’t looking good. We renewed our zoo membership after letting it lapse last summer and went off to the zoo for the afternoon. Houston schools weren’t out yet and with the rain it was pretty empty, compared to our usual Saturday morning trips. 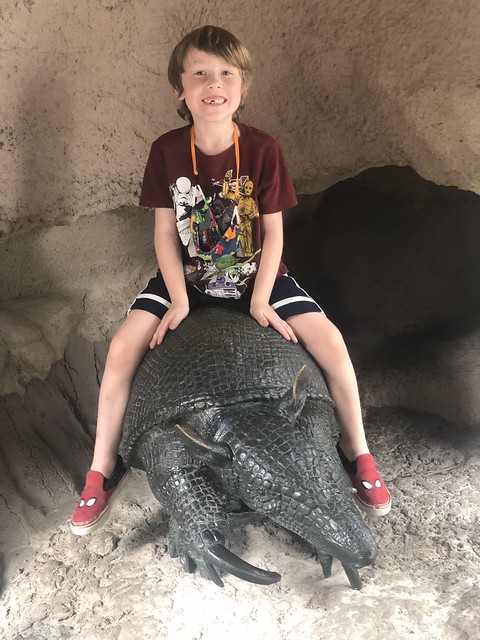 We visited the new South America/Pantanal exhibit that they’ve been working on the last few years. 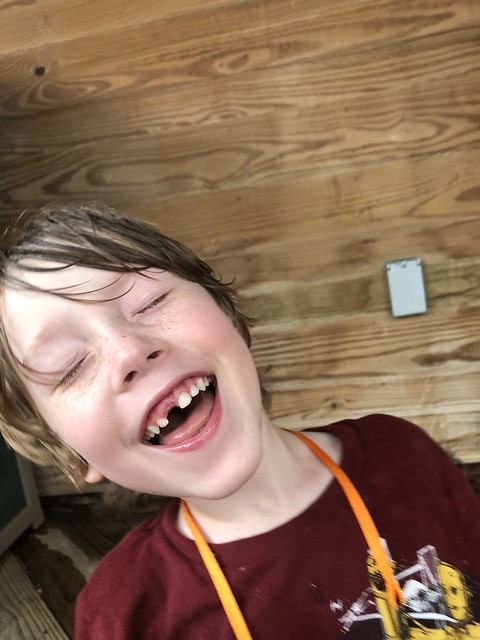 And of course we got caught in a rainstorm! Thankfully we made it to the river otter and bald eagle enclosures which have a covered platform so we hung out there for 20 or 30 minutes while we waited for the storm to pass. The zoo was even more deserted after that. 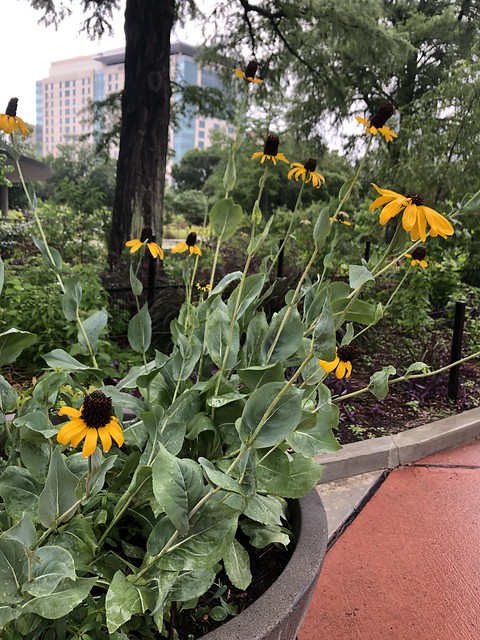 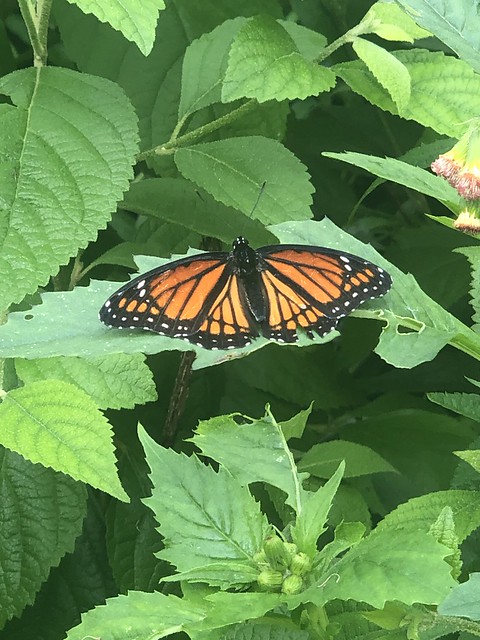 A viceroy butterfly—I don’t see those too often. 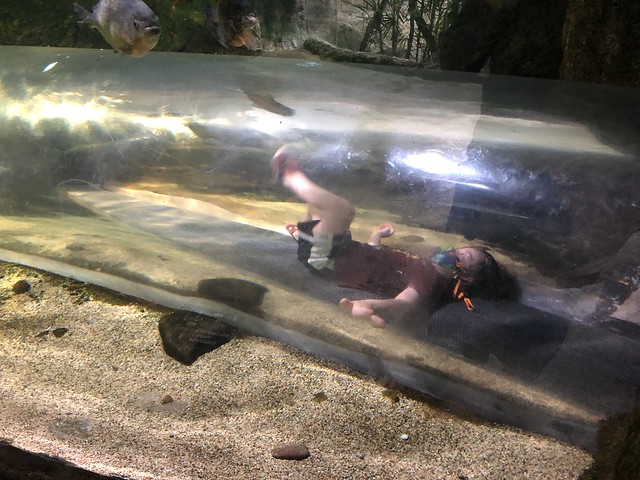 And Forest was glad to mostly have the tube beneath the piranhas empty from kids so he could climb through that as his leisure. 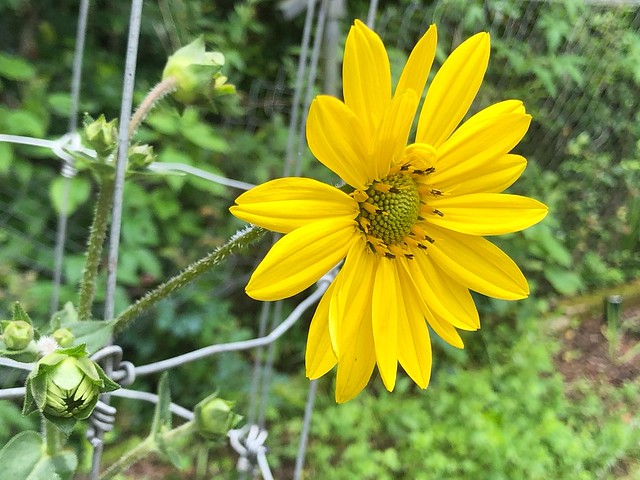 Back at home in the garden, my silphium bloomed for the season! Very thrilled at that! 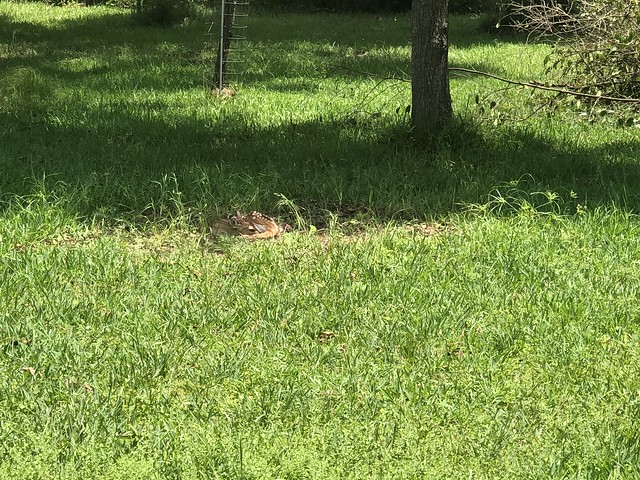 And fawn season has begun! I walked out of our laundry room side door to clean up the cat’s litter box and was startled to see this newbie hanging out in the yard waiting for momma to return. We’ve seen it a few more times walking across the yard. A new plant eater!

And that’s a wrap for the month! The rest of the family came down this holiday weekend and I will share a separate post from that because I have some comparison photos from the last few years to share as well.