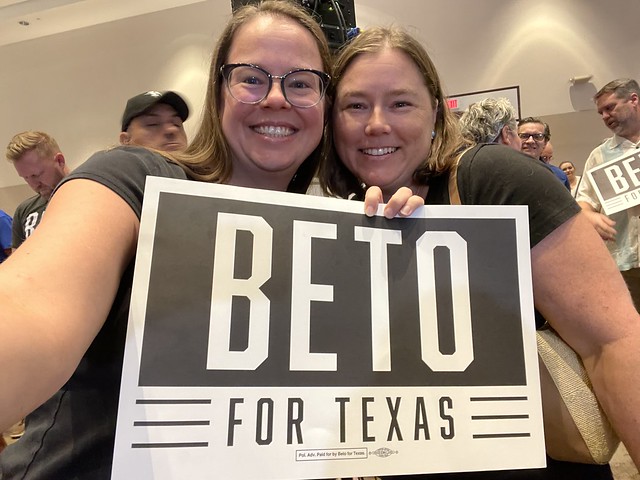 I’ve been a fan of Beto O’Rourke’s since his 2018 Senate run against Cancun Ted and have always had high hopes for him in our state. A couple of weeks ago our county Democratic party sent out an email saying he would be in the area and I thought it would be worth taking a few hours off in the middle of the day to drive over and see him at the event. It was part of his Drive for Texas event, and if there’s one thing Beto knows how to do, it is going around the state and getting to talk to folks in person. I texted a couple of local friends to see if they were interested and my friend Meghan was able to meet me there, too! I’ve never done anything like this, though I did try to go with a coworker after work to see Obama in 2008 at the former BankAtlantic Center in Florida but we arrived too late to get in the door because they had already reached capacity. And I did canvass for Obama, too, but other than that I have only supported candidates from afar. 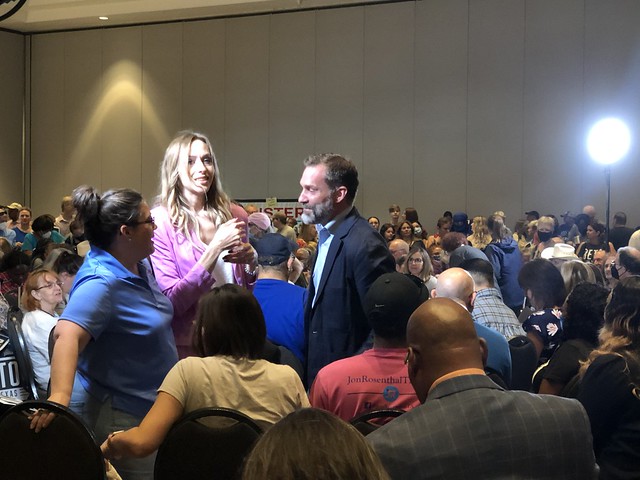 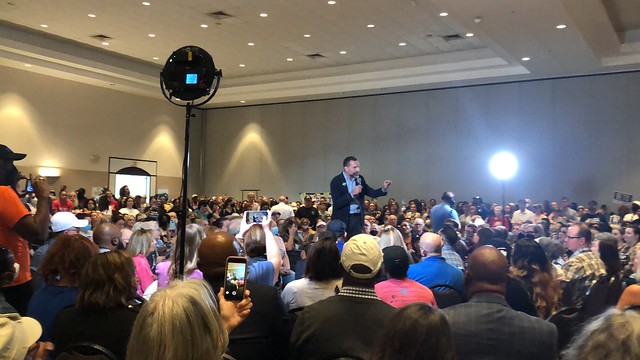 Jay Kleberg was also there, so it was good to see him in person as well. He is running for Texas Land Commissioner, which is the head of the Texas General Land Office (TGLO) and is currently being run by George P. Bush. If the name Kleberg strikes a memory, well, that’s likely because of Kleberg County where the county seat is Kingsville, which leads us to the King Ranch! Jay is from the family that owns the massive King Ranch and I think he has a good mix land knowledge based on that to be running the GLO. Meghan actually spoke with him after I left to talk about coastal wetlands and I wish I’d had the chance to chat with him as well. 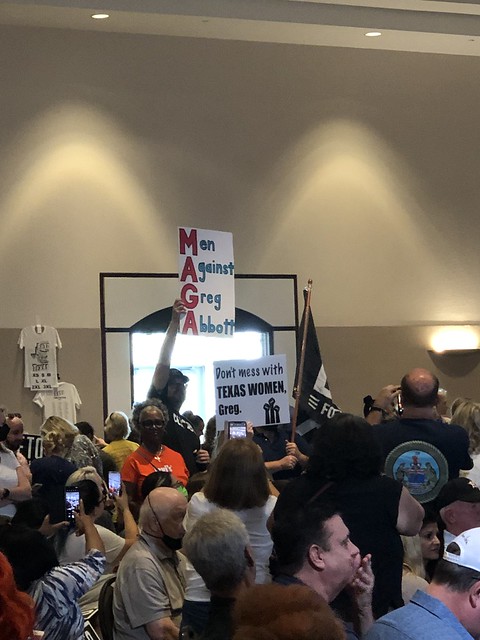 There were also some great signs… 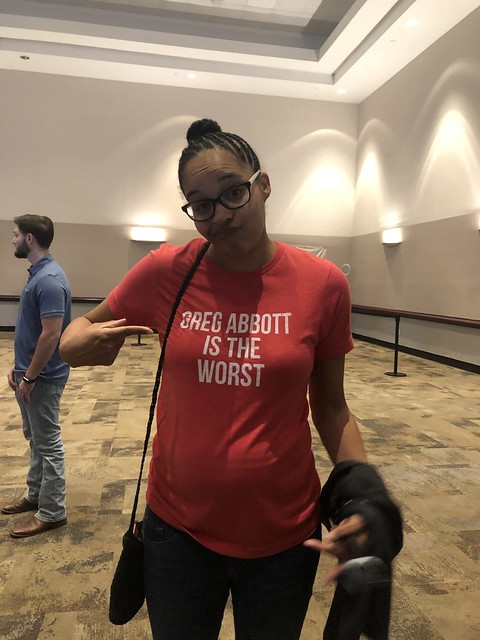 and t-shirts! Greg Abbott really is the worst. (Ok, he is slightly better than DeSantis. But only marginally.) 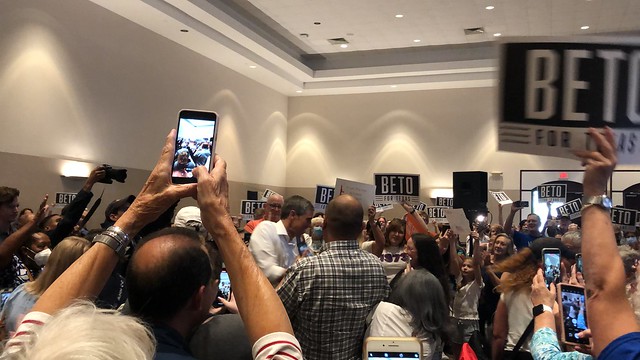 I had limited time as I’d left early to get there in time to buy a t-shirt and find a decent place to stand but Beto finally came out about 15 minutes into the 12:30-1:30 speaking time frame. 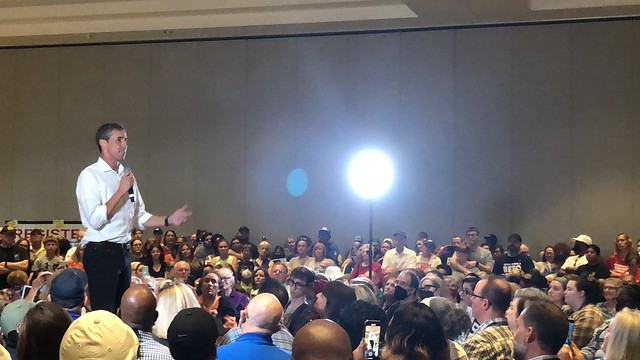 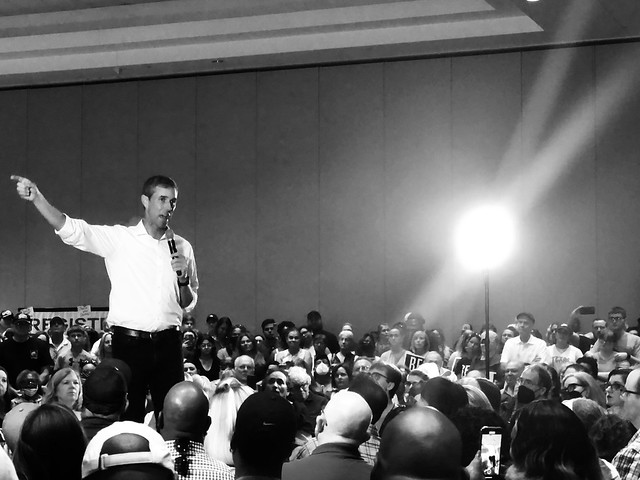 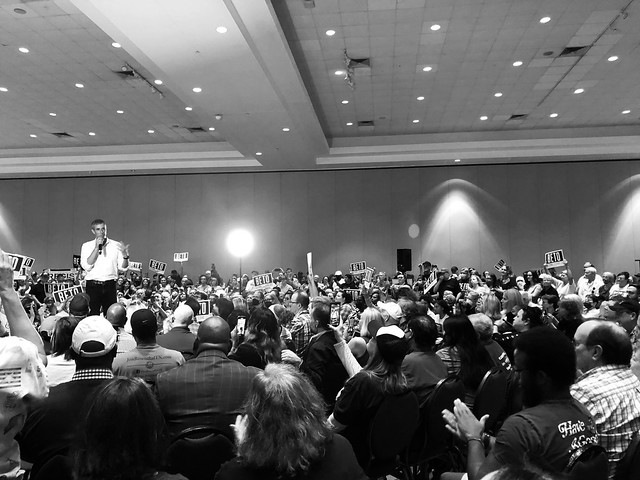 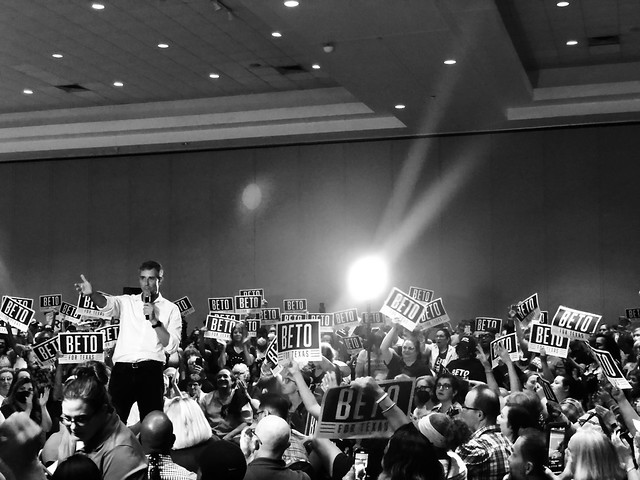 If you’ve listened to any of his speeches during his other stops this summer you’ll know he has his talking points down pretty good. He’s very charismatic, in many ways like Obama, and even addressed his bad attempt at running for President. He knew it was a mistake and I do wonder who talked him into it. I’m sure he does this at every stop but I did appreciate him pointing out local elected officials who had come out to the event as well, several that I know from following on Twitter like Gene Wu, state representative for district 137 in SW Houston. 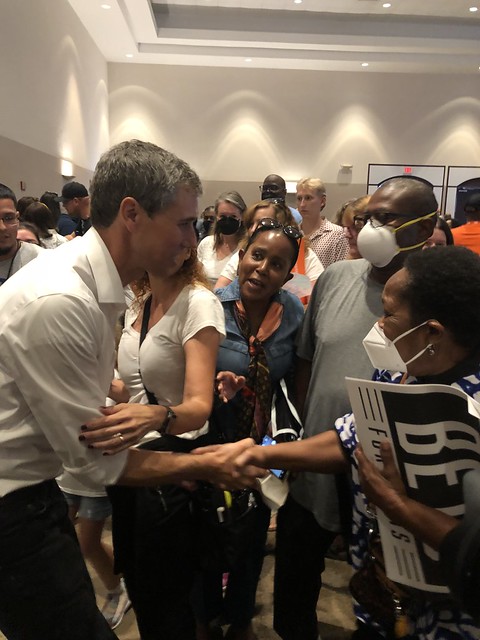 Unfortunately with a 45 minute drive over there and back to work, plus the event, I had to leave not long after he ended the speech. I did manage to get a few closer photos as we happened to be towards the back where he exited so that was really good! 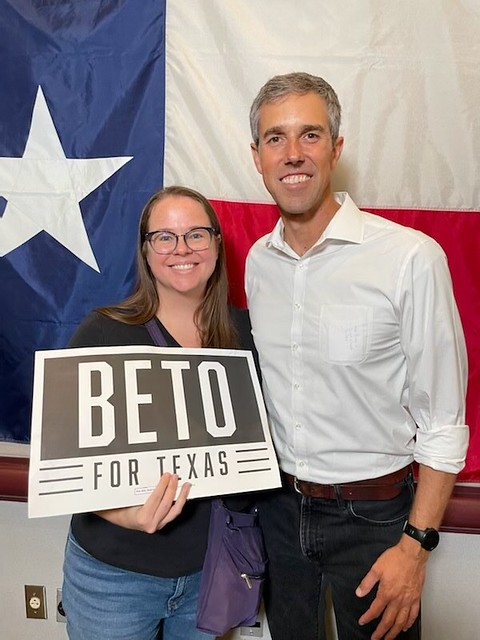 I took several videos but most I need to put onto YouTube, though I’ll share a couple of shorter videos here (I don’t think they will come through as videos in the email version of this, so you will have to click through to view on the blog itself if you want to see them!): 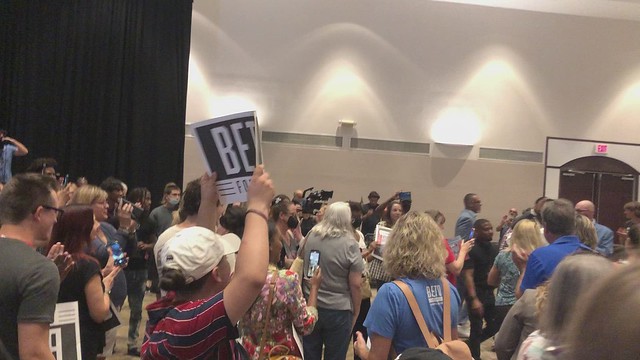 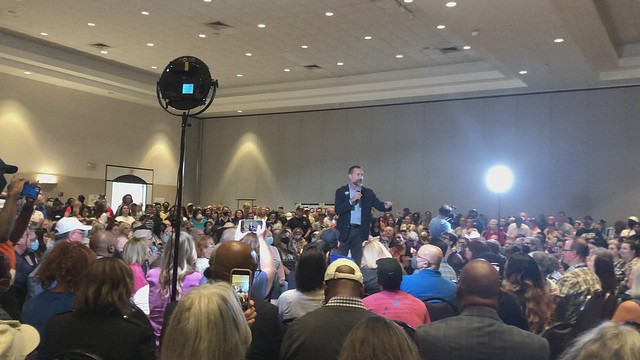 Jay Kleberg speaking about his run for GLO and introducing Beto. 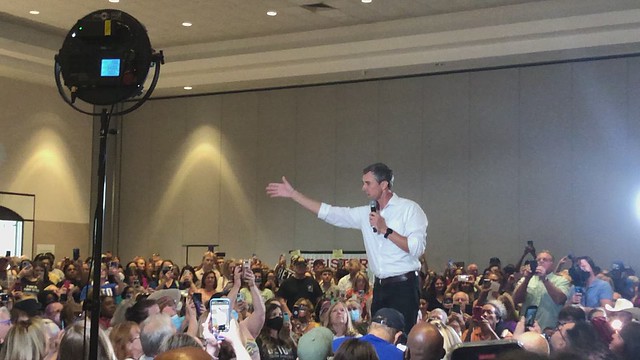 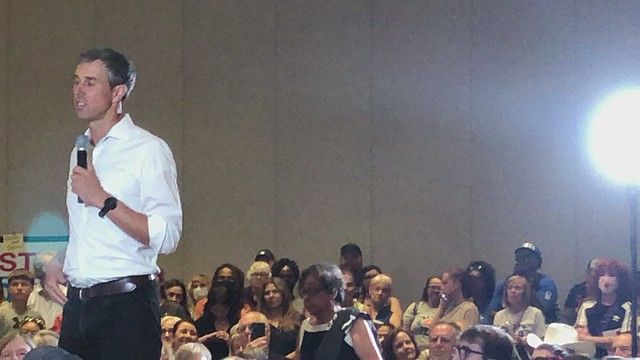 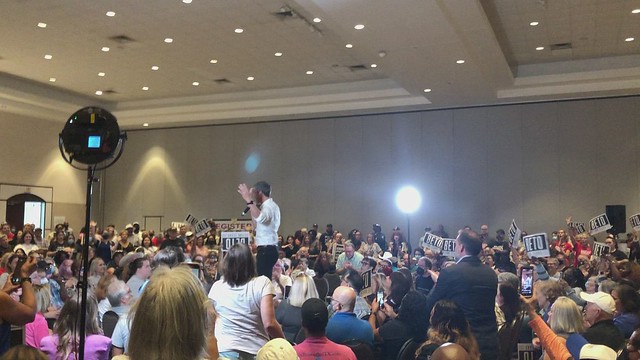 It was well worth the trip out and if you get a chance to see him during his current tour or any other campaigning he does before the November election, go out there and do it! Jay Kleberg is also doing his own tour so check into his events and any other folks who may be of interest to you. There are a lot of down ballot candidates who are just as important as the governor’s race, some even moreso, especially our school board elections if you’ve been paying attention to any of that. From Keller ISD’s banned book controversy, Granbury ISD’s banned book issues, a mess of issues at Southlake-Carroll ISD, Katy ISD book restrictions, Grapevine-Colleyville CRT insanity, and many others in the state and beyond…the school boards are a important place to be voting to make sure right-wing extremists aren’t taking them over.

Make sure you are registered to vote and show up to the polls on November 8th!