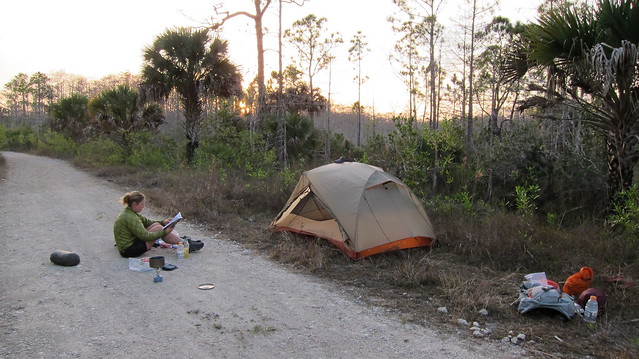 I thought about writing a Wildlife or Wildflower Wednesday post today but decided I am not invested enough in doing the little bit of research I need to write that up today. And then I thought Wordless Wednesday would be a good alternative but hey, I’m trying to write some paragraphs here these next 30 days. Even if they are short and sweet.

I have finally begun one last round of edits on my Florida Trail book. It’s going a lot easier than I thought it would. I had built it up to be this hard, unbreakable thing and as I read I realize it doesn’t suck. I’ve only told myself that for one minor rejection five years ago. I’m hoping to get it cleaned up to submit to an emerging writers contest at the end of October. I highly doubt I will win or even be in some kind of running but it is the act of preparing for it and submitting to it that is giving me the impetus to do a final review of the book once again and start doing something with it.

Another thing I’ve been tinkering about with is getting into writing short essays and stories to submit to smaller journals. I’ve no desire to start writing articles in an interview sense for magazines but I am interested in essays and narratives to submit. Which has led me to look into various literary and nature journals and magazines to see what their upcoming submissions are open to receiving. A few ideas are floating in my brain, jumbled up next to every other idea that comes into my head during late afternoons during the week.

I keep writing and erasing a final sentence here but it isn’t working—so I’ll just say, I hope you are having a good Wednesday!